Dan Turpening is an accordionist, accordion teacher and accordion repairperson. He also fixes cars, house sits, dog sits and does light carpentry. He would love to learn bricklaying and roofing because “it’s empowering to have skills like that.” He has a great laugh and a dear old beagle named Daisy.

You might have seen Turpening play accordion around the lakes, at a farmers market, at a party or wedding or puppet show. If you’ve attended Minnesota Orchestra concerts at Orchestra Hall and come in through the skyway, you’ve seen him there. Patrons know him as “the accordion guy”; over the years he has become an integral part of their concert-going experience.

With the lockout of the orchestra’s musicians now well into its second year, Turpening shares memories, opinions, and hopes for the future.

I’m 41 now, and I started playing before and after concerts when I was 27 or 28, when Eiji Oue was music director. I love creating an atmosphere and adding music, and I’m always on the lookout for good spots to play. I was walking in the skyway one night and saw a concert let out and thought, “Ah.” Since then, I’ve played every concert I can, when I don’t have another gig.

I wish I had gone to more concerts. Over the years, a lot of people gave me free tickets – people walking past, musicians, people who worked in the box office. Often I didn’t use them because during the break I’d go to the Caribou across the street and get some work done. I’d ask the ushers when the concert would be over or check the website so I’d catch the crowd coming out. Sometimes I’d screw up and you’d see me running across the street with my accordion.

Musicians aren’t supposed to play in the skyways. I’ve been able to play in that little area because the orchestra sort of runs the section leading right into the hall. The board didn’t want me there, but the musicians stuck up for me. A musician came up to me a few years ago and told me someone on the board said, “We should get rid of that accordion player in the hallway.” The musicians leapt to my rescue and said, “Don’t you dare.” 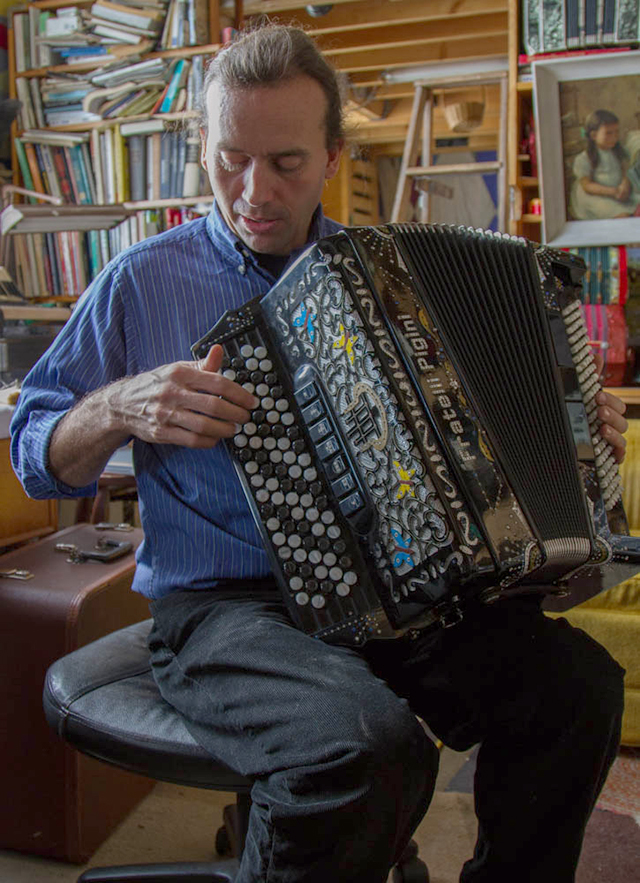 MinnPost photo by John WhitingDan Turpening: “I’d ask the ushers when the concert would be over or check the website so I’d catch the crowd coming out.”

It adds a lot of life to have musicians up there. It adds security, because we’re up there keeping an eye on stuff and security can’t be everywhere. The city says they want to encourage the arts. Then they should encourage the arts and let artists work.

Sad things have happened. I’ve gotten to know a lot of people over the years – really sweet people who used to go to hear the orchestra and loved it. On more than a few occasions, someone would come by and say, “My husband passed away,” or “My friend passed away.” I’ve seen them all so many times that I can still see them in my mind.

When you go to an orchestra concert, you see a lot of gray hairs. A lot of these people are at the tail end of their lives, and seeing the orchestra is something they really enjoy, and now they can’t do that.

The concerts I loved were the ones where they explained things in the beginning – the “Inside the Classics” concerts. Both [Sarah Hicks and Sam Bergman] were so good at explaining the music and making it fun. The last concert I saw was the one at the Convention Center just before the lockout. The sound was terrible. The back of the concert hall is this giant, cavernous space stretching up into oblivion, and the sound was going way up there and floating around. I thought – are they trying to discourage people from coming? They had to have known that the sound wasn’t up to par.

Not to choose sides [here Turpening laughs], but I wish either the musicians could go out on their own and captain their own boat, or someone could solve this. It seems like the board doesn’t want to divulge their numbers. Maybe what they’ve offered [the musicians] really is all they can afford, but we don’t know that. I hope that whatever they do, they make the right decisions on how to encourage more young people to come. I hope that Orchestra Hall doesn’t just become some dinosaur. 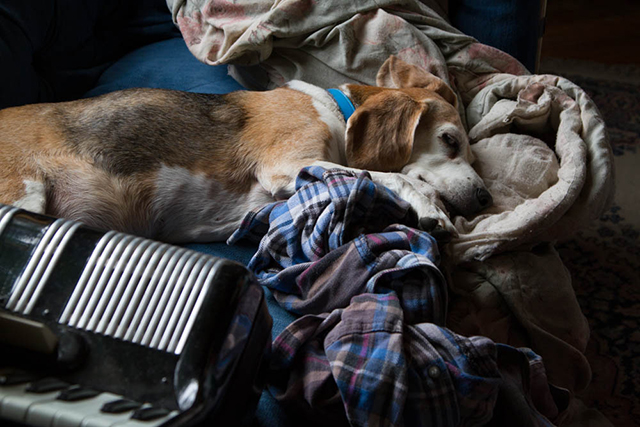