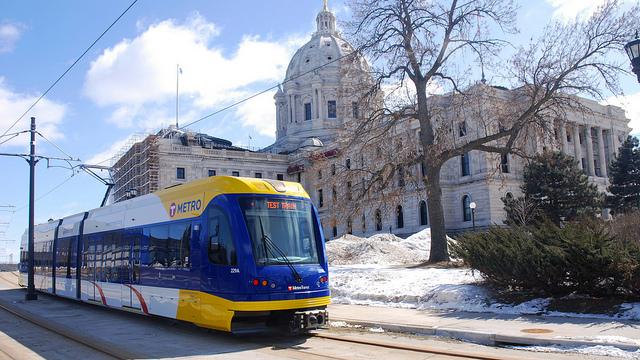 CC/Flickr/Metro Transit
One of the most unexpected results of the Green Line is the emergence of artist organizers.

The coming of the Green Line light rail is changing life in the Twin Cities. It’s creating new transportation and community connections, of course, and opening exciting housing, business, and cultural opportunities in the Central Corridor between downtown Minneapolis and downtown St. Paul.

These neighborhoods, which suffered deep disinvestment after freeways shifted the region’s economic center to the suburbs in the 1960s, are now brimming with possibilities. Entrepreneurs, artists, civic organizations, foundations and everyday citizens are stepping forward to make sure the region makes the most of this investment, and that the Green Line’s benefits extend to everyone who lives in the area.

One of the most unexpected results of the Green Line is the emergence of artist organizers, a fresh approach to community building that unites the creativity of artists and the dedication to public service and social empowerment that characterize organizing campaigns.

Artists organizers have been matched with eight community-oriented organizations thanks to a partnership between Springboard for the Arts (a Minnesota-based organization connecting artists to resources and communities), LISC and the City of St. Paul through Irrigate (an artist-led placemaking initiative for the Central Corridor that’s enlisted 600 community artists).

Thought to be a first in U.S.

The program, thought to be the first of its kind in the country, started last April with artist organizers joining four organizations working in the Central Corridor:

“Artists have ways of working, seeing, engaging, and animating that can be translated to community development to help people envision what they want,” explains Erik Takeshita, deputy director of LISC Twin Cities.

“This is not just about artists responding to their muse,” he says, “but about responding to a community and committing to an organization.” 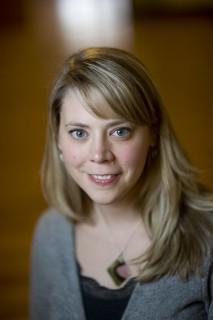 At first it might seem that inward-looking artists and outward-looking organizers have little in common. But Laura Zabel, executive director of Springboard, notes, “Artists, like organizers, need to be able to see beauty in chaos — that’s a real asset in approaching community development. Many artists want to use their skills to be of service to the places they live in and care about.”

Springboard’s Jun-Li Wang, whose title of artist community organizer predates this program, adds, “This feels like something entirely new. There’s now a critical mass of artists who want to make an impact in the world. ”

Different from artists-in-residence, who typically explore their own individual visions, artist organizers seek to ignite other people’s creativity and use art as a method of community engagement, as well as pursue their own work. 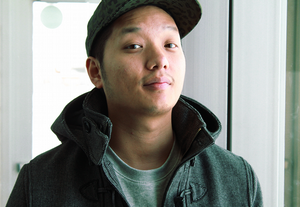 Vong Lee, the artist organizer working at the Frogtown Neighborhood Association (FNA), is a poet and hip-hop artist who performs nationally and has recorded four CDs expressing the Hmong-American experience.

“As an artist you are usually focused on what you can bring to the table,” he says. “But here, my role is to help everyone come to the table so their voices can be heard.”

Last summer Lee organized a series of festivals in vacant lots that have cropped up across Frogtown since the foreclosure crisis. They featured performers, art shows, produce stands, information tables staffed by local organizations, and break dance lessons for the kids.

“We wanted to show that the low points in the neighborhood, where people feel a sense of loss over homes that have been demolished, could become high points,” he says.

Now he’s staging art happenings at foreclosed homes that FNA has refurbished to illuminate positive changes in Frogtown. Lee also partnered with other artists and local recording studios to create beats that neighborhood people can use to make their own hip-hop creations and then record them for free.

A project conceived by Oskar Ly, a singer-songwriter and fashion design artist working with Project for Pride in Living (PPL), opened up a long-abandoned car showroom on University Avenue (future site of PPL’s Hamline Station development) so that people living nearby could paint it any way they imagined.

“This taught me about the impact of the arts as a way to connect people in a community who usually don’t intersect,” she says.

“What a great way to activate the community!” PPL’s Associate Director of Real Estate Development Chris Dettling says about the artist organizer projects. “Oskar was able to do things I couldn’t have done, or even thought of.”