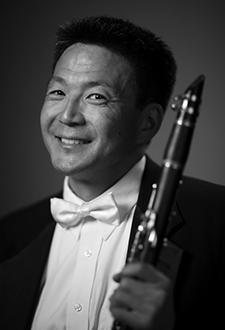 The Minnesota Orchestra may be performing again, but the ramifications of the long lockout continue.

Earlier this week, Burt Hara, who for 26 years was the internationally acclaimed principal  clarinetist for the orchestra, sent a letter to his colleagues telling them he was officially resigning his position with the orchestra.

The ongoing,  unsettled status of Minnesota Orchestra leadership clearly was a reason for Hara’s decision to leave.

“I am resigning now because I do not believe the current leadership has the vision to restore the Orchestra to its place among the great orchestras of the world,’’ Hara wrote in a letter to his colleagues.

Last May, Hara had taken a one-year leave of absence from the Minnesota Orchestra and accepted a position as associate principal clarinetist with the Los Angeles Philharmonic.

Last month, he received permission to extend his leave from Minnesota for another year but decided putting off his decision would “only delay the rebuilding process [of the Minnesota Orchestra].’’

There is scuttlebutt among orchestra fans that current orchestra management did not work hard to lure Hara back to Minnesota.

In a conversation Thursday, Hara was cautious around that subject. The Minnesota Orchestral Association did grant him the additional leave time, he noted. But he also implied that there was no hard recruiting process to bring him back. In effect, the lack of push from Minnesota helped make the decision to stay in L.A. easier.

Orchestra management did not respond directly to questions about what  efforts — if any — were made to draw Hara back to Minnesota. Management did offer a standard sort of statement about people who depart from any orchestra, team or office.

“Burt Hara is an outstanding clarinetist and we sincerely thank him for his years of service and many contributions to Minnesota,’’ the statement read. “He will be greatly missed. We wish him and his family the very best in their new lives in southern California.’’

Hara, who is on tour with his new orchestra, said he decided the most unfair thing he could do was take a second year’s leave of absence, a second year he had requested and received.

Financially, Hara is better off in L.A., though he’s “associate principal’’ with the Los Angeles Orchestra.  Sunshine over snowbanks is pleasant, said Hara, who currently resides in Pasadena but commutes by biking to a nearby station and taking the train to downtown L.A.

But, he said, for years, Minneapolis was an ideal place for musicians who wanted to perform at the highest level.

“ It was a great place to live and raise a family,’’ Hara said. “The audiences are special and for years, there was a special chemistry with the orchestra. It was a wonderful place to be. I’ll miss what we had. But the future looks different.’’

In retrospect, Hara said, it seems as if the lockout and the lingering hard feelings could have been avoided. Had the final resolution — built around a 15 percent across-the-board paycut — been put on the table at the start of negotiations, Hara believes musicians would have settled quickly.

Instead, there was a take-it-or-leave “offer’’ demanding much steeper pay cuts and other musician givebacks. When  musicians rejected that offer, they were locked out.

“The way it unfolded is disappointing and sad,’’ Hara said.

What needs to be restored among the board, management and musicians are “teamwork and trust,’’ he said, admitting that’s easier to say than to accomplish.

Given the unsettled state of affairs in the management structure of the orchestra and given there currently appears to be no one in charge of the artistic direction, Hara said he thinks other members of the orchestra might be inclined to be more aggressive in seeking positions elsewhere.

The orchestra did say Thursday that three  musicians remain on leave: Mike Gast, principal horn; Tom Turner, principal viola; and Peter McGuire, violin, have not made their future plans known.

But four musicians who were on leave — Ken Freed, viola; David Pharris, clarinet; Tim Zavadil, clarinet; and Robert Dorer, trumpet — all have indicated they plan to return.

The huge question that remains surrounding the orchestra, of course, is whether Michael Henson will be retained as CEO and/or whether Osmo Vänskä will return as the conductor and artistic director.

Instead, this has been the week when the ramifications of the lockout have been felt again.

“I had not planned to leave the Orchestra,’’ Hara wrote in his farewell to his colleagues. “I never wanted to leave. I considered myself incredbily blessed to work with musicians whom I admired both artistically and personally. The chemistry onstage was unique and I appreciated it every single day I went to work.’’