PELICAN RAPIDS — Drago Nemec, sitting on a brown couch in his home after his shift at West Central Turkeys, pokes a finger against his scarred right shin, just above the ankle. An uneven lump bulges tight against the skin.

“Shrapnel,” he explains with a resigned smile, “from a grenade.”

Nemec was injured while serving in the Bosnian army as it defended the city of Gorazde, in Bosnia-Herzegovina, against Serbs during the Bosnian War, the ethnic-driven conflict that erupted after the break-up of Yugoslavia at the end of the Cold War.

After he was injured, Nemec lived in Gorazde for another five years – “basically just surviving,” he says – before seeking refuge in the United States and resettling, in 1996, in this small town in western Minnesota.

Like many contemporary immigrants and refugees, Nemec hoped to break through the isolation of small-town Minnesota and find a way to forge connections while also, perhaps, sharing a bit of his cultural background.

For a while, he found an outlet through music, playing saxophone in a community band and at St. Leonard Catholic Church just down the road from his home. “That instrument made me many friends here,” he says with a laugh. “You know, I could play Polka music and things like that!”

Ultimately, he tired of his horn and began pouring his energy into a digital camera, which he first used to take photos of muskies and walleyes for a Bosnian fishing magazine. It has since become his tool for sharing Eastern European life with Minnesotans. 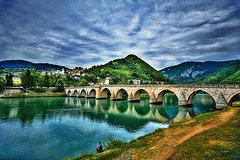 Courtesy of Drago Nemec
Titled “Sunday afternoon fishing,” this is a
manipulated photograph of a bridge over the
Drina River in Bosnia-Herzegovina.

On a recent trip to Bosnia, he photographed a bridge over the Drina River in Gorazde, later playing with the colors on a computer to create the image of a painting. He did the same to a photograph of a young Bosnian woman, creating a fresco-like image with a yellow background. Some of his work is on display at Fine Art America. 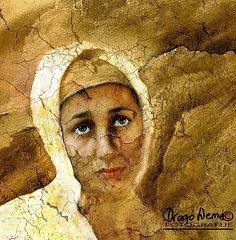 Courtesy of Drago Nemec
Titled “Magdalena,” this is a manipulated
photograph of a woman in Bosnia.

He shows these photographs, and many others of various subjects (cars are a favorite), at festivals and photography competitions in western Minnesota. “I love to show Americans how Bosnia looks, how it feels,” he says. “A lot of people don’t even know where Bosnia is or any history about the country or anything. I try to bring it a little closer.”

Similarly, Mary Kok, a Sudanese refugee who has lived in Mankato for 13 years, expresses part of her culture through art. She creates traditional beadwork and is part of the Women’s Craft Collective, a cross-cultural organization of women who get together once a week to share traditions like knitting, sewing and beading.

Kok said that teaching beading to Minnesota women, who in turn have taught her how to knit, has helped forge relationships that were once elusive, in part because of language barriers. “We have developed good communication and a level of friendship through this,” she says.

Across Minnesota’s rural landscape, immigrant and refugee artists and artisans are able to share some of their heritage with the help of arts groups, local festivals and public money that supports cultural pursuits.

Lisa Rathje, a folklorist and teacher at Goucher College in Baltimore, traveled throughout Minnesota as a consultant for the Minnesota State Arts Board, looking, in particular, for examples of folk art. She said she was struck by the interesting work being done by immigrant and refugee artists – much of it non-commercially – and the interesting combination of cultures that can be expressed in various works.

“Newer immigrants and refugees are aware of that tension – aware of those shared lives,” she said,  “and that gets revealed in their work,” whether they are painters, wood carvers or simply wonderful bakers who share their food at festivals.

Indeed, the State Arts Board, through its Folk and Traditional Arts funding program, has provided thousands of dollars in grants to artists in rural Minnesota – many of them from recent immigrant groups. 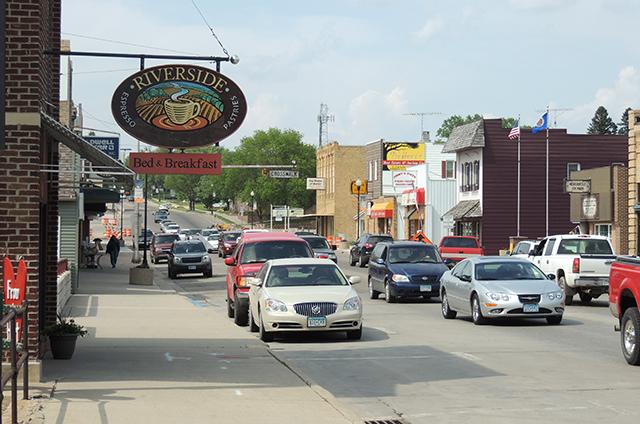 The 2014 grantees include Gao Hong of Northfield, who is creating an English language instructional book and DVD for the pipa (a plucked instrument popular in Asia); Bee Yang of Cannon Falls, who is composing and recording an album of Hmong song poetry; and Project FINE (Focusing on Integrating Newcomers through Education) in Winona for a series of workshops led by immigrant and refugee artists.

(Older immigrant influences, of course, are also represented in the latest pool of grantees; Lanesboro jewelry maker Liz Bucheit, for instance, received a grant to create silversmith works that will be shown at the Commonweal Theatre’s 2014 Ibsen Festival in Lanesboro.)

The broadening ethnic dimension of rural Minnesota is evident in Pelican Rapids, an Otter Tail County town of 2,500 people where Somalis, Eastern Europeans, Latin Americans and others were first drawn by work at West Central Turkeys and other agricultural industries. Many now express their talent and culture through art; another local Bosnian man, Izudin Becic, is a master woodcarver who has added a Scandinavian aesthetic to his body of his work. 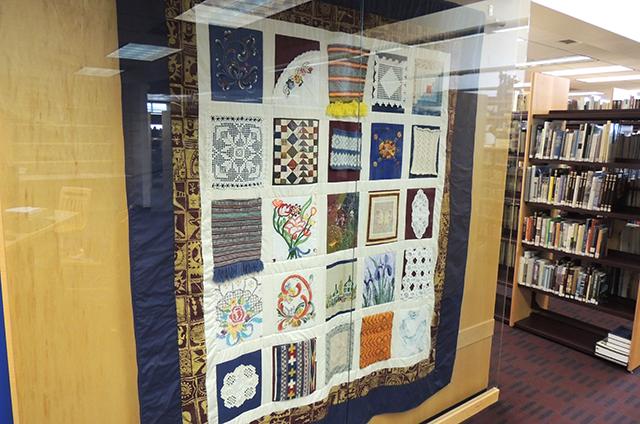 This intersection of old and new is captured in a community quilt, called the “Tapestry of Friendship,” on display at the local library. The 25 patches on the quilt were made by local women with roots in older immigrant communities – such as Norwegian, Swedish, Dutch and Irish – and newer ones, including Somali, Bosnian and Mexican. Native American culture is also represented in the quilt. In an accompanying pamphlet, each woman explains the origins and significance of each patch in a short essay.

Just a few blocks from the library, in his small blue house near the city’s downtown corridor, Nemec – a scale computer technician at the turkey plant – shows off two gold medals and a bronze that he won at photography contests while his wife, Bozana, prepares dinner. His passion, he admits, is more about exhibits and competitions than sales.

Asked whether he ever tries to blend his two identities in his work, Nemec thinks for a moment and says:  “No. I really don’t mix the two. I show Bosnia in my work and I also show America. I am part of both.”

Captured through a lens.