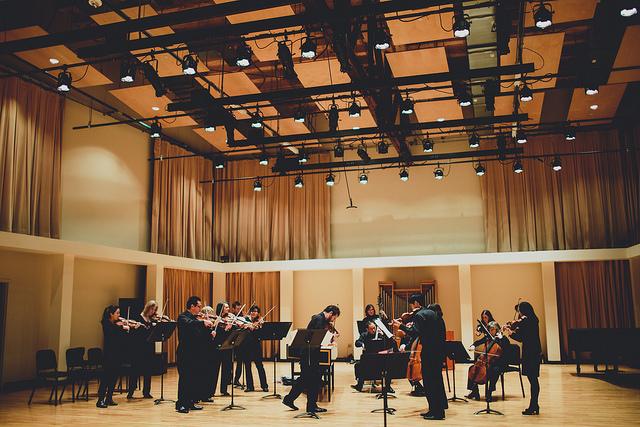 CC/Flickr/Knight Foundation — Ash and James Photography
“It’s almost like a start-up company. In most organizations, you can have only incremental change. We have a fantastic opportunity to re-articulate what this orchestra can be.”

In the spring of 2013, as part of the contract settlement that ended the St. Paul Chamber Orchestra’s 191-day lockout, all SPCO musicians age 55 or older were offered buyouts. Ten players — about a third of the orchestra — accepted the deal.

In many organizations, the loss of so much talent at one time would have been devastating. But today, SPCO leadership and many key musicians look upon the move less as a setback than an opportunity — a chance to more clearly differentiate the group from the big symphony orchestra across the river.

“Those retirements caused a lot of pain all around,’’ admitted Bruce Coppock, who returned as president and CEO of the orchestra weeks after the lockout ended. “But those who stayed, stayed voluntarily. Many of them had high-profile options, but they decided to stay and have recommitted in a wonderful way. They have an opportunity to mold the evolution of the Chamber.’’ Like Kevin Smith, his counterpart at the Minnesota Orchestra, Coppock is a positive force who has grand visions about both the artistic and economic future of the SPCO. He accepted the offer to return as president and CEO — he’d held those positions from 1999 to 2008 — because he’s a glass-half-full guy. This is an orchestra that can continue to be excellent while aspiring to be something special.

“It’s almost like a start-up company,’’ said Coppock. “In most organizations, you can have only incremental change. We have a fantastic opportunity to re-articulate what this orchestra can be.’’

So what’s the difference between a chamber orchestra and a symphony orchestra?

It takes a different sort of personality to play in the ideal chamber orchestra, according to Steven Copes, the SPCO’s concertmaster. He talks about how the inter-relationships of a chamber ensemble are like “an extremely complicated ecosystem.’’

For the moment, Copes says, the SPCO environment is “in the budding stage.’’  New hires slowly are being made to replace those who have left, but much is changed from hiring practices of the past. For starters, it’s the musicians who are the major decision-makers as to whom their new colleagues will be.

And the musicians aren’t making those decisions based on artistic talent alone. How the applicant will fit is a fundamental issue for the muscians. If a cellist, for example, is willing to accept a position with the SPCO only because an opportunity to play with a big symphony is not available, it’s not going to work.  The cellist is going to have to have that “fast-break’’ mentality, that ability to think and react with fellow musicians if the SPCO is going to get where it wants to go.

What’s not said in all of this — but clearly implied — is that many of the musicians who accepted the buyout were from a time when the SPCO was structured as, in fact, a little symphony orchestra. In the 1980s, then music director Pinchas Zukerman even suggested scrapping  “chamber” from the orchestra’s name. He wanted to rename the outfit the St. Paul Classical Orchestra.

That idea was nixed. But whatever the SPCO was — a chamber orchestra or a little symphony — it should be noted that it got rave reviews around the world, produced acclaimed recordings and had a long history of economic viability.

For years, the SPCO has moved away from some of the accoutrements of a traditional orchestra, such as a top-down director. Instead, the SPCO musicians have been self-directed. A series of artistic partners, such as the electric Patricia Kopatchinskaja, now bring a variety of influences to the group’s style. 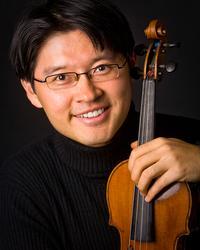 The new contract also has created a new dynamic in the management structure of the SPCO. During the lockout, principal second violinist Kyu-Young Kim was set to accept a position with the New York Philharmonic. Not wanting to lose him, SPCO leaders offered a unique arrangement: He would move into SPCO management — as well as continue as a member of the orchestra — if he would stay.

On paper, the idea appeared like a good one. For generations, musicians have sought more power in their professions. So here was a talented musician who now is going to be the bridge between musicians and the front office.

“During the lockout, I felt powerless, so many of us did,’’ he said. “You’d ask yourself, ‘Why is this happening? There has to be a way to make it better.’’’

What could possibly go wrong?

For one, the New York office of the American Federation of Musicians has called Kyu-Young Kim’s deal an unfair labor practice, and there almost certainly will be litigation over the matter. The question is simple: No matter how decent the person, or how noble an organization’s intentions, is it possible to attend management meetings one day and a union meeting the next and be faithful to both sides?

Neither Kyu-Young Kim nor Bruce Coppock is comfortable talking about the situation, and until the matter is resolved, the violinist is not attending union meetings. And as a manager, he says he’s avoiding such topics as how much each member of the orchestra is being paid.

“There is absolutely no malicious intent in this arrangement,’’ Kyu-Young Kim said. “We have come to a time when muscians no longer can be kept in the dark about the business of running an orchestra. It’s not that I’m no longer a musician. I am — that is my love. But I feel that it’s a privilege to do both.’’

In the wake of the lockouts, musicians in both the SPCO and the Minnesota Orchestra are seeking more transparency in the business operations of the orchestras, and more power in artistic decision-making.

Copes points out that it’s often not possible to separate artistic ambitions from economic realities.

“It’s important that we deal with costs because there’s a correlation between costs and artistic possibilities,’’ Copes said. “Sometimes these are difficult discussions to have. We can have 20 violinists but, because of the economics, that means we won’t have any oboes. This can be very complicated.’’

But Copes said that the lockout absolutely underscored the need for musicians to be players in the front office. “If we are to be a great orchestra, everything has to fire at the same time,’‘ he said.

The good news to date, according to Coppock, is that the hit SPCO musicians took in ending the lockout hasn’t hurt the stream of talented musicians who would like to perform with the chamber. As part of the lockout settlement, the musicians took an 18.6 per cent pay cut, with a base pay that fell to $60,000 — more than 30 percent less than that of a Minnesota Orchestra player. Additionally, the size of the orchestra was reduced from 34 to 28 musicians.

There is a balm waiting for any of the hard feelings that may be lingering after the lockout: a $42 million concert hall that the SPCO will move into in March, an elegant venue that will be acoustically superior to the Ordway Theater.

Coppock uses a sports-venue analogy to describe the difference between the 1,900-seat Ordway Theater and the new 1,100-seat Concert Hall (which was created from the old McKnight Theater space in the Ordway). He compared the Ordway Theater to the cookie-cutter, multipurpose sports stadiums that were hastily built throughout the country in the 1960s and ‘70s. Those stadiums were supposed to house both Major League Baseball and NFL football teams, but proved to be poor venues for both. 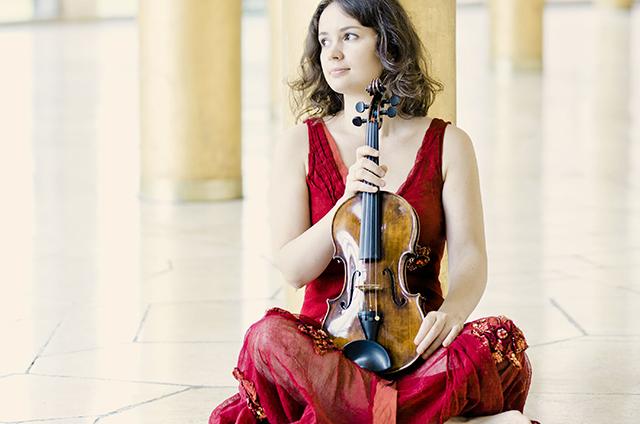 Photo by Marco Borggreve
When Patricia Kopatchinskaja was in town last month, all nine concerts were sold out.

The Ordway Theater, beautiful as it is, was designed for multiple purposes — but there was an acoustical cost to the Chamber orchestra, though not for the Schubert Club or the Minnesota Opera. One major hall also created scheduling woes. The new concert hall is mostly a product of private fundraising, though the state has contributed a $13 million bond and the city of St. Paul has stepped in with $3 million. Overall, the fundraising drive has reached a total of $80 million, $42 for the hall and the remainder to be used as an endowment.

This new hall not only is testimony to the desire of the market to be home for two orchestras, but will allow those who attend concerts to want to come back for more. Too often, Kyu-Young Kim said, people leave concerts saying things like “that was nice.’’  The chamber orchestra consistently wants to create “unforgettable experiences.’’

For all the doomsayers about the future of orchestras, big and small, there are numbers that make Coppock believe that there’s an ample audience to tap. He says that surveys show 17 percent of the population expresses an interest in classical music. But of that 17 per cent, just 1 percent actually attend concerts.

Already, by playing at sites throughout the Twin Cities and with low ticket prices, the St. Paul Chamber Orchestra is playing to 90 percent capacity. When Kopatchinskaja was in town last  month, all nine concerts were sold out. She was overwhelmed by the audiences, Coppock said. And overwhelmed by one other thing about her first Minnesota appearance: “She couldn’t believe the quality of the orchestra.’’

How the SPCO wants to reinvent the modern chamber orchestra