Kari Tauring is an expert in ancient and modern Nordic culture and a go-to spiritual counselor from Minneapolis who reads runes and sings like a high priestess and chants like a banshee and was on a reality TV show in Norway and has spent most of her life considering the hygge-like benefits of darkness of both the soul and the season.

So you can trust her when she says we’re dealing with the bleakness of winter and doing the happy happy joy joy thing of the holidays all wrong. “We’re just told, ‘Everything’s going to be fine, and if you feel empty, just buy more stuff and if you don’t feel good after the holidays it’s because you have to shop better next year,’” said Tauring. “But this time of year is an opportunity to, from an ancient Nordic mindset, explore the origins of your own darkness.”

To be sure, force-feeding our souls a bright and shiny version of joy that doesn’t fully consider the complexities of the human animal and life itself seems counter to the inner growth that the season primordially calls for. You can just feel it: With the cold months comes a slowing down, and, so too with the darkness, comes a hunkering-down time of essential solitude and soul hibernation. 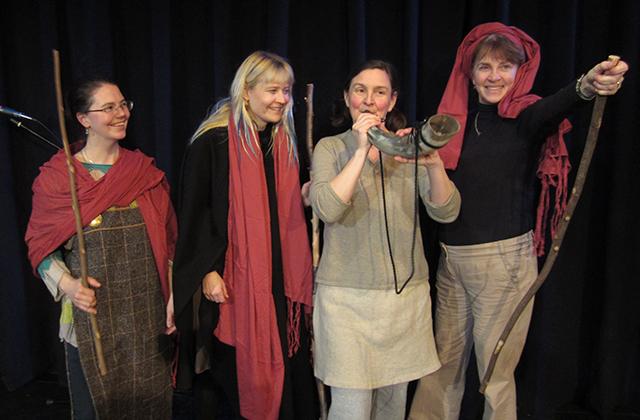 Nordic cultures have always embraced the darkness of their homelands and made it a profound part of life that doesn’t gloss over pain or the past, consistently going for something deeper than a sugar high. Tauring’s version of it all can be found Monday night at the Bryant-Lake Bowl in “Winter Solstice in the Northlands,” a reprise of an annual show she staged for years but which has been in mothballs since 2006. In terms of holiday theater fare, it’s not exactly “A Christmas Carol.”

“I started doing winter solstice shows in 1999, about discovering origins and building traditions. They were family-oriented with choirs and puppets at the Cedar [Cultural Center] and Patrick’s [Cabaret] with caroling,” she said. “I started doing them because of the lack of alternatives for people during the season, and this particular one is the first one that’s not geared towards being family-friendly. My kids are 20 and 18 now, and I wanted to shift it from the community-building to something more intense, because it’s been a really intense year with a lot of darkness in it.

“So for this show I’m saying, ‘Let’s just plunge into it one more time and let’s get into the dark piece because there’s a potency to that darkness that we need to make use of.’ It’s not going to be all doom and gloom, but it also helps people to say, ‘It’s okay if you’re not happy at this time of year, because this is the height of seasonal effective disorder, this is the height of not being in a happy place, and it’s okay and here are some tools.’” 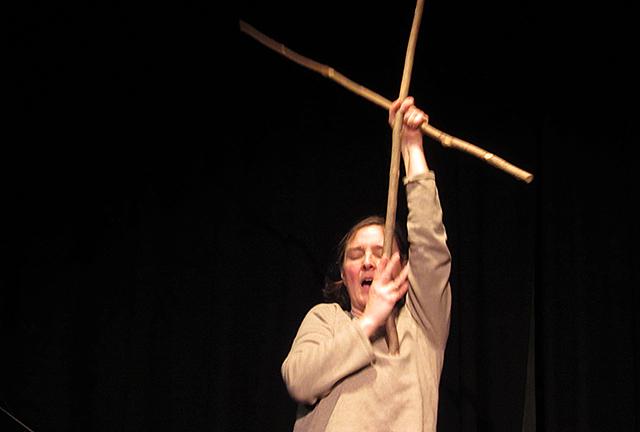 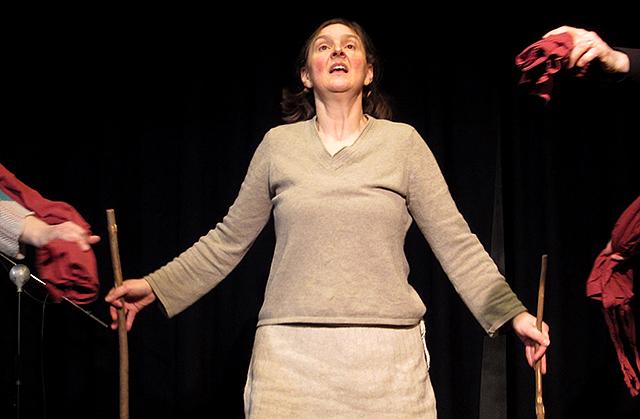 It’s an ambitious spiritual journey to attempt to take theatergoers on, mounted as it is during the year’s most mystical month. What does Tauring hope people take away from the show?

“I hope people walk away from it feeling like they’ve been purged, or that they’ve had a chance to purge a little bit of their darkness and depression,” she said. “I hope that people can sense their dark pieces in a more tangible way, so that they can carry with them a sense that these darknesses are part of the process: Hopefully they don’t walk away thinking, ‘OK, that was uplifting, why don’t I feel great?’”

With help from friends Carol Sersland, Rachel Halvorson, Lynette Reini-Grandell, Morrey Nellis, Drew Miller, and Christopher Powers,  “Winter Solstice in the Northlands” is a two-part production of dance, chant, prayer, poetry, staff-stomping, horn-blowing, and silent film that concludes with a Lithuanian sun goddess chant. A visitor to Thursday’s rehearsal suggested it felt like a gathering of witches from another time.

“Well, they’re us, they’re our grandmothers, they’re the ones that carry the oorlog, the threads of the web of weird that connects everyone,” said Tauring. “Oorlog is the Norse word for kind of like karma, or DNA; everything that came before us. Everything that came before you was spawned by your parents, your grandparents, your great grandparents, all the way back to the first humans. And this is the oorlog, and everyone’s is unique and connected.” 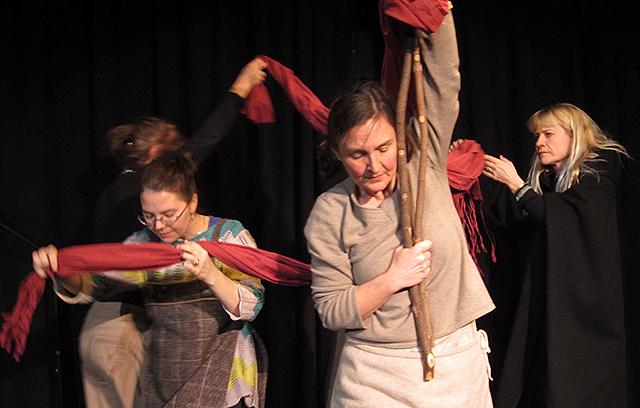 Describing the production, Tauring admits she’s attempting to get to our “deepest root” and tap into a pre-Christianity spirituality that’s more in line with the Eye Of Horus metaphysical shop that sits a couple doors down from the BLB on Lake Street than what’s practiced at any area church or synagogue.

“It’s going to be kind of intense,” she said. “It’s an opportunity to explore the origins of your own darkness, and there will be some lightheartedness, as well. A lot of this show weaves runes in and out that stem from 300 A.D. These tools belong to all of the Northern peoples, and without them we have more issues than we need to have. One is to not fill the void with activity and shopping and false light that doesn’t come from our own being.

“I want people to have a more permanent solution to darkness, because it’s likely to occur again next year. Modern Scandinavian culture, they work it into their social fabric: People take several weeks off during the winter to deal with the kind of sadness and depressions and things that naturally occur. They don’t try and say, ‘Everybody should fight this and stay at your desks.’ They say, ‘No, this is part of what happens with our natural flow,’ and their society itself has structured itself around the embracing of that piece.” 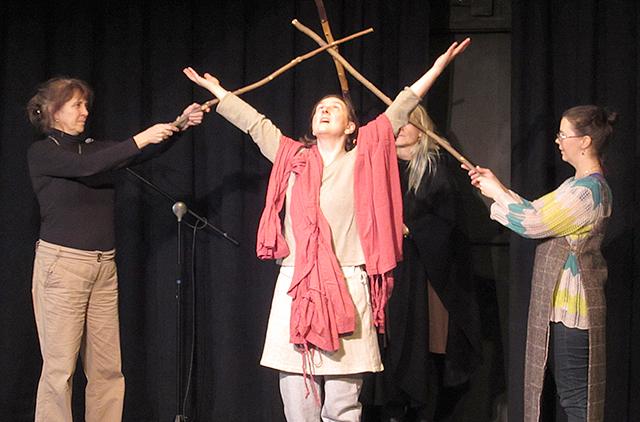 ‘Winter Solstice in the Northlands’: embracing darkness in the season of light