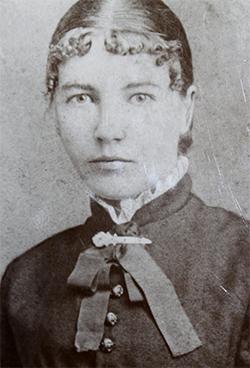 The latest sign of that is that in mid-November the South Dakota State Historical Society Press published “Pioneer Girl: The Annotated Autobiography of Laura Ingalls Wilder’’ and within days, every book had been sold.

The success astonished all who had touched the project.“It’s a big, thick academic book,’’ said Jennifer McIntyre, marketing director of the South Dakota State Historical Society Press. “We’re very proud of it, but our distributors were thrown for a loop by the demand.’’

“Pioneer Girl” was written by Wilder in 1929. The non-fiction autobiography was written for an adult audience about pioneering life and times but publishers rejected the work.  At the urging of her daughter, writer Rose Lane, Wilder used “Pioneer Girl’’  as the basis for the “Little House’’ children’s novels, starting with “Little House in the Big Wood,’’ which was published in 1932. In her 60s, Wilder was on her way to fame and fortune.

The Little House series has been printed in more than 40 languages, sold around the world, turned into a successful TV series (1974-1984), which was a huge hit in France, and even become a Tea Party primer. (Who could be more self-reliant than Pa Ingalls?)

This new book, edited, researched and foot-noted by Pamela Smith Hill, surrounds Wilder’s “Pioneer Girl” with historical context, maps and references to the “Little House’’ series. Academic it may be. But it has been by far the Historical Society’s best seller ever, surpassing books about the likes of such colorful characters Wild Bill Hickok and Calamity Jane. Its intially print run of 15,000 copies sold out long ago, and sales of the book have placed it up there with the big publishing companies: “Pioneer Girl” is currently No. 6 on Amazon’s list of historical biographies and memoirs, a spot ahead of “Killing Patton,” by a guy named Bill O’Reilly.

In an age of glitzy, expensive marketing, the “Pioneer Girl” sales push has been as old-fashioned and simple as Wilder’s pioneer stories. Advanced copies were sent out to a handful of reviewers. And more reviewers started requesting the book.

Though in her “Little House” series, Wilder, who died in 1957,  wrote of her experiences in Wisconsin, Minnesota, Kansas and Dakota Territory, requests for review copies of Pioneer Girl came from all corners of the country, all segments of the media. People at the South Dakota Historical Society delight in the fact that on the same day, reviews of the book showed up in both The National Enquirer and the Wall Street Journal. 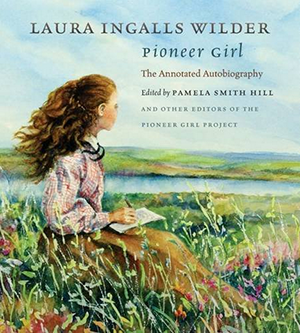 Booksellers, such as Mary Magers at Magers and Quinn in Minneapolis, started hearing the buzz. Magers noted that there are scores of small publishing houses and she can’t keep up with all of them. One publishing outfit she hadn’t followed is the South Dakota State Historical Society Press.

“But what happened is that our customers started asking about it,’’ Magers said. “I started to get this feeling about the book.’’

Every year, prior to Christmas, Magers said there is one “runaway’’ book. The trick for booksellers is to figure out which book that’s going to be.

“I was lucky,’’ she said. “I predicted this would be the book. I called (the South Dakota Historical Society) and ordered 45 books.’’ (In independent book selling circles, this is a big order of one book.)

Those 45 books disappeared from Magers and Quinn as well as those at every other bookstore in the metro — long before Christmas. It’s being reprinted as fast as possible (expect restocking at bookstores by March).

No one seems to be quite sure just why the Little House series remains such a success.  There long have been academic disputes over whether Laura Ingalls Wilder or her daughter wrote the children’s series. There have been quibbles about times and places. But the series, which was written in the 1930s, rolls on through the generations.

“We keep hearing from mothers and grandmothers who have read these books to their children,’’ said McIntyre.  “It’s really amazing how many generations have been touched by her writing.’’

Still, to have an academic book by and about Wilder sell every copy printed?

“We were just floored,’’ said McIntyre.