On May 16 at First Avenue, some of the twin towns’ most influential musicians will gather for what’s being billed as a “Longhorn reunion” in honor of the long-gone but seminal music club that was Jay’s Longhorn. It sat at 14. S. 5th Street in downtown Minneapolis and acted as ground zero for the original rock scene’s first wave of the late ‘70s and early ‘80s.

As class reunions go, the one featuring the Longhorn classes of ’77-’81 is guaranteed to be one of the more enjoyable bashes of the year, bringing together as it promises to many of the players, now in their 50s and 60s, who were once upon a time part of what Wikipedia calls “a punk rocker’s paradise.”

Adding to the buzz around that night is the news that the Longhorn’s story – as told by members of the Suicide Commandos, Flamingo, the Suburbs, the Hypstrz, and many more – is currently being captured on film for a forthcoming documentary by Minneapolis musician, historian, and first-time filmmaker Mark Engebretson. Over the past year, Engebretson and his cameraman/collaborator Jack McTigue has interviewed over 40 musicians, many of whom speak reverently about the place where the likes of Elvis Costello and the Attractions, the Police, Talking Heads, Blondie, the Buzzcocks, the Only Ones, Gang Of Four, and the Replacements all played their first Minneapolis bar shows – though it’s also true that, as one of the era’s main chroniclers, Martin Keller, once wrote, “It didn’t matter what the occasion; there was something essential to see and hear just about every night of the week. …” 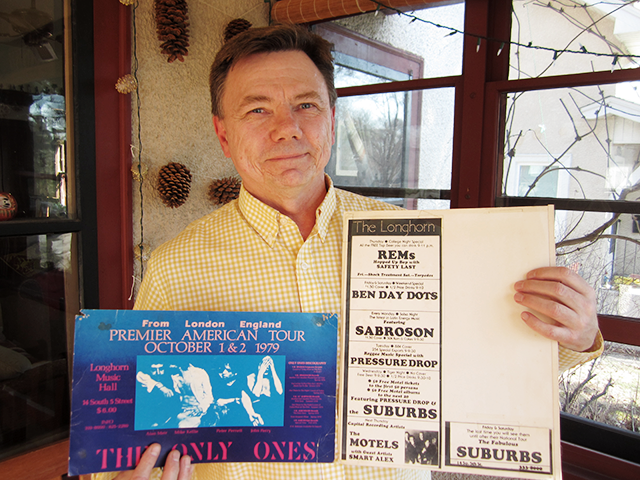 Last Sunday afternoon in his South Minneapolis home, Engebretson – lead singer in bands the MORs, the Whole Lotta Loves,  and his current vehicle, the Silverteens – sat down with MinnPost to talk about the enduring lore of the Longhorn, the organic community that happened around it, and his as-yet-untitled and in-the-works labor of love:

MinnPost: What is your history with the Longhorn personally, and what compels you to want to make a documentary about it?

Mark Engebretson: The first time I went to the Longhorn was with [the Hypstrz/Mighty Mofos co-founders] Billy and Ernie Batson, in 1977. I went to see the Ramones [at the Ramones’ first Minnesota appearance, at Kelly’s Pub in St. Paul] with the Batsons, and like a lot of people it changed my life kind of, I guess. I met them through a mutual friend right after I graduated from Mounds View high school, and they introduced me to the Longhorn.

My first time, we went down to see a band called Harlot, a heavy metal cover band, not an original band like what the Longhorn [is renowned for]. Then the next time it was Thumbs Up, and the first song, “Please Please Me” just blew me away and I still remember [guitarist] Bob Dunlap sitting at the bar before their set, and he gets up and he walks on stage and I thought, “Man, that guy’s really cool looking.” I later formed a band with Bruce Browning, the MORs, who played there a few times, but we were small potatoes compared to everybody else.

MP: You say small potatoes, but you were part of something, and did the MORs not come out of a passion from going to see bands at the Longhorn and you deciding, “I want to do this,” right? Had you sung before that?

ME: The Batsons were in the Hypstrz at the time, and they were playing the Burnsville Bowl every Monday night, and I got up to sing with them one night, probably Halloween ’77, and Bruce Browning was playing sax with the Hypstrz at the Longhorn, and somehow we connected and he asked me to be the singer. We put out a couple of records; we played the Longhorn maybe five times, always opening somebody. Whole Lotta Loves started in 1981, but we never played the Longhorn.

MP: Playing there obviously had an impact on you, and the place is considered the launching pad for what we know now as so much of today’s original strains of rock and roll and punk rock in this town. What was it like for you?

ME: It was great. We had a standing ovation the first time we played, probably because all of our friends were there. The size of the club was the perfect size for a club, and the lay out was great. 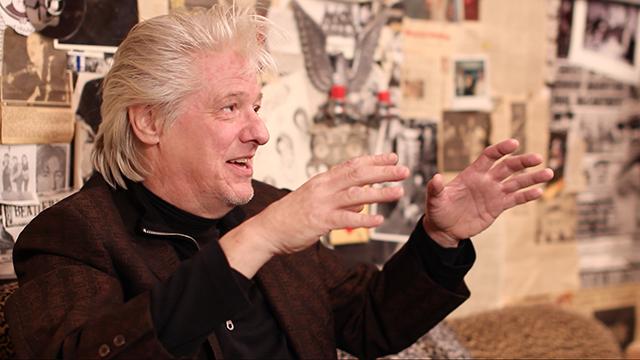 Photo by Justin Meredith
Curtiss A being interviewed by Mark Engebretson.

MP: Since then, it’s taken on the role of being such an important part of this town’s musical history. What are you finding out, talking to everybody? What did it mean to them? Give us some perspective on why the Longhorn was important and how people are testifying about it.

ME: To me, it was this great club that burned so bright for a very short period of time – maybe three years at its height. I think it’s in danger of being forgotten. Nobody’s going to forget First Avenue;  it’s been around so long, and the Longhorn was before that. You’ve written the story about people trying to create a scene back in the mid-‘70s; “Let’s find a club and start a scene like in New York here.”

It turns out that Jay Berine started the Longhorn. Nobody asked him that question, he did it on his own. Even though [former Minneapolis writer and New York Rocker founder] Andy Schwartz and those guys were meeting about this scene, nobody actually approached Jay about doing it, he was doing it anyway, and it filled that void they were looking for, coincidentally.

For that time, it was the only place for original music until the [7th St.] Entry and Duffy’s opened, where original alternative rock bands could perform. It’s so different now. As [Twin/Tone Records co-founder and influential Longhorn deejay Peter] Jesperson said, it’s almost flipped now. Now it’s unusual to see cover bands everywhere; now almost every club you go to, they’re original artists who might do some covers. For younger people, it’s probably hard to imagine how difficult that would be, to find a place like that.

For people who were there, it was really a community. It fragmented a little, and it wasn’t uncommon for people to have sort of camps – “I’m a punk rocker, I don’t like power pop,” whatever – but there were so many local bands and national bands coming through with such a variety of musical types, but yet every single night, as far as I recall and from what people are telling me, people came down to the Longhorn to listen to the music, see their friends, and support those bands. 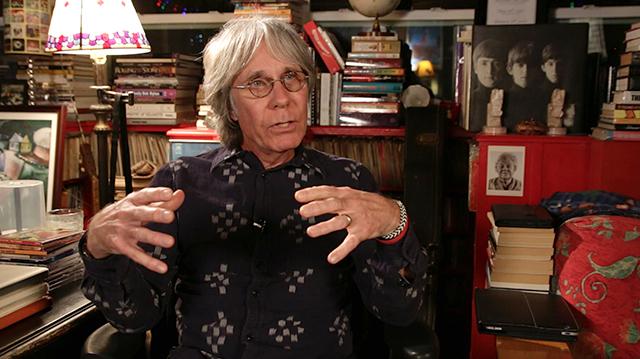 MP: What kind of an artist makes something like this happen? These people are pioneers, to me. They were all four, five, six years older than me. They were my big brother’s age, who I loved and respected so much about music, and from afar sort of I watched these guys and was just in awe. They were trailblazers, making it up as they went. Have you found, is there anything similar about them? A particular bent or personality type that sticks with you from your interviews?

ME: They love music. That’s one thing that attracted me to doing this, as well, is how many of these people are still playing, or starting to play again, and it’s because most of them are songwriters and they want to write, and [in the Longhorn] they finally found a place where they could do that and it was accepted. So many of the bands, like the Commandos and Flamin’ Ohs, talked about how they would sneak their originals in at clubs before the Longhorn. [Flamingo/Flamin’ Ohs leader Robert] Wilkinson actually started crying when I asked him how important it was to play original music, why it was important to have a club where you could play original music. He kind of broke down a little bit and got a little teary and talked about how all he did as a kid was write songs; when I interviewed him, when I was setting up lights, he was writing a song then. So these people are just driven by music.

I think that everything that’s come since then owes a debt of gratitude to those people. The Replacements, Hüsker Dü, the Gear Daddies, whoever else, they’re all great and they might’ve done what they did anyway, but it all got started not just at the Longhorn, but by Peter Jesperson and Andy Schwartz and all those people. They’re who got it going. 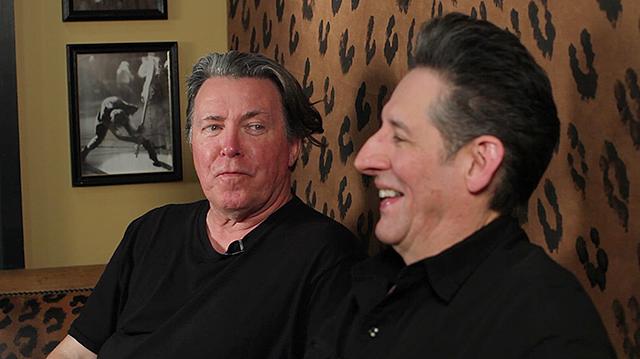 MP: This is your first foray into documentary making. Where are you at with the production process? How many interviews have you done, and is it getting overwhelming?

ME: It’s a little overwhelming, but I’m taking it one step at a time and trying to enjoy it. I’m editing now. I’ve interviewed over 40 people, and every time I interview someone, they tell me I have to talk to someone else. There are five or ten more people who are key who I need to interview.

For me, what’s been so fun about it is that I was 19 when I first started going there. I’ve always been kind of a shy guy, except when I’m on stage, and even though the Batsons are my friends, these guys were like heroes to me, right? So now to be able to go interview them is so much fun. It’s just a blast to be able to talk to people about what they did, who they are, and what they’re doing.

MP: What is your elevator speech about the film, and the club, for potential investors at Cannes? What is the story about the physical structure and its lifespan and Jay Berine’s story?

ME: He managed Scottie’s on 7th in downtown Minneapolis, and he somehow wanted to start a rock club and he knew some people who knew Flamingo, and they all said, “Let’s start a rock club downtown.” I think Flamingo was the first band to play there, in June of 1977. It was a jazz club before it was a rock club; Jay left in 1978, and his cousin Hartley [Frank] took over the club. People have different views of Hartley. He could be a nice guy, but he could also be a jerk. The overwhelming message was that he didn’t care about music, and that he considered the Longhorn a business, which was a huge change from Jay, who was all about music. They changed the format and the name of the bar to Zoogie’s sometime in 1981, and it closed not long after that. So it was about a four-year [run].

The building is still there. Xcel Energy leases it and has their supplies and stuff there. I interviewed [label founder/producer/engineer/record store manager] Terry Katzman and [Suicide Commandos] Dave Ahl and Chris Osgood there, and that faux stone wall right at the entrance is the only thing that exists from the Longhorn. 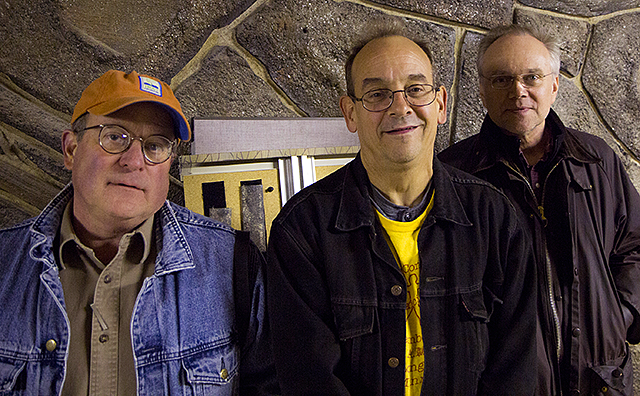 MP: The footage of all these people will be so invaluable. Your day job is as director of communications for the University of Minnesota library system, so you know how important it all is. That’s got to be a driving part of it, right? You’re a fan, and an historian.

ME: Yeah, I guess so. I wanted to do this before everybody’s gone, and now there’s pressure. People are excited about it, they want to see the finished product, but it’s going to take a while to edit it. And that’s one of the challenges: It’s not just about one band. It’s a bunch of bands, and you don’t want to leave anybody out. I don’t want to forget anybody.