Wandering around Staten Island waterfront last weekend, my wife and I stumbled upon the grand opening of the National Lighthouse Museum’s new education building.

And we were proud to see — as part of a large display of ceramic replicas near the front door — a miniature of Minnesota’s own historic Split Rock Lighthouse on Lake Superior near Two Harbors.

Problem was: They’d labeled it as the Split Rock Lighthouse in New York.

Now, there actually is a historic lighthouse in Split Rock, N.Y., on the south end of Lake Champlain.

But this replica in the museum isn’t that one.

We pointed out the mistake to the staff, calling up pictures of the Minnesota landmark on our phones. There’s no mistake: the shape, the color, the two adjacent buildings. And the New York lighthouse is made of stone.

Staff member Bob Eisele, a retired fire chief from Nassau County, said he’d get right on it and make sure the label gets changed.

And while we’re at it, he said: Would we like to sponsor the Minnesota miniature? It’s only $1,000, he said.

As part of its fundraising, the museum solicits sponsors for each of the replicas. Donors get their names on the lighthouse ID signs (which, we trust, accurately locate the rest of them.) 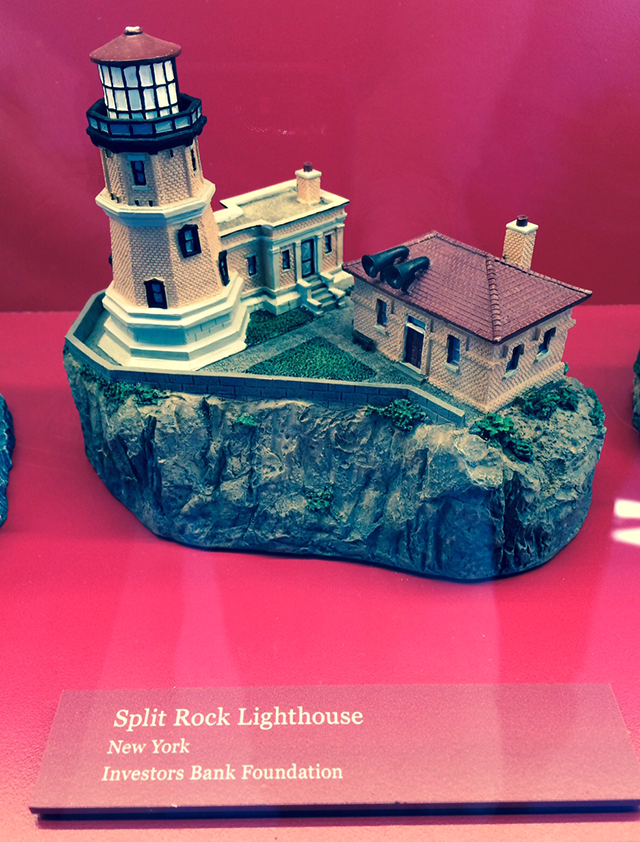 We politely declined, but I suspect there might be North Shore lighthouse fans who would have some interest. (Contact the museum at 718-390-0040 for more information.)

The lighthouse museum has been in the planning stages since 1998, and more than once appeared to be dead as fundraising flagged. 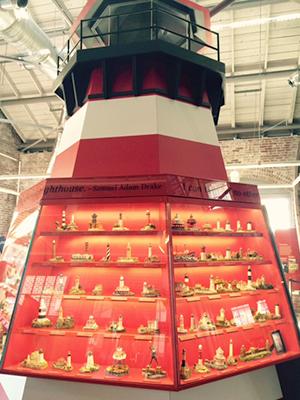 But there was a light at the end of the storm, so to speak, and last year officials began the move into their first building, near the St. George Ferry Terminal.

This first phase, now open, is an Educational Resource Center in the old machine shop of the former United States Lighthouse Service Depot. Eventually, with the help of many, many more donations, they hope to open a museum in the larger building next door. More commercial and residential development is set to follow, with rehab of other historic Lighthouse Service depot buildings and new construction.

It’s part of a large development boom on Staten Island’s North Shore, including the New York Wheel (a 630-foot Ferris wheel scheduled to open in 2017) and a large outlet mall.

After taking notes about fixing the Split Rock mixup, Eisele took great pride in showing his collection of more than 1,200 uniform patches from local fire and police departments around the country. All have lighthouses in their design.

One of the prized patches is from the Duluth Police Department.

And we’re sure it’s Duluth, Minnesota, because you can see the lift bridge.