Forty years ago this month, Fred de Sam Lazaro arrived in the United States from India. The PBS correspondent marked the anniversary by writing this article for “PBS NewsHour.” It is republished with permission.

“Are you Fred’s son?” asked the judge as he pored over case documents, noticing the young attorney’s unusual surname.

“We went to college together at St. Scholastica,” the judge continued after confirming the kinship. “Please give him my best.”

Anecdotes like these are tonic to an immigrant in ways few native-born Americans could fully appreciate. Never in three decades of professional life have I ever been asked if I was my father’s son. For the uprooted, there are few greater urges than to feel rooted.

Forty years ago, I arrived in America with none of the social bona fides, the pedigree that comes from T-ball, Boy Scouts, junior prom or graduating from the local high school. There was an upside to this: the chance for a social facelift. Skeletons from the past could be left behind (certainly before Facebook and Instagram), so important to a somewhat reserved, underachieving adolescent seeking to make a grander entrance through the doors of opportunity America would surely open.

The first task was to learn the host language, a serious undertaking even for one who thought he’d grown up speaking English. Our first encounter in America came even before we were welcomed by my older sister, who’d arrived years earlier and paved the way for our immigration, as my mother and I approached the immigration officer at San Francisco International airport.

“Do you speak any English?” she bellowed.

“Of course,” responded my mother, bred on Shakespeare and T.S. Eliot, a bit taken aback. I’m fairly certain she’d never been asked that question before and likely conveyed a tiny hint of indignation.

“We have a lot of people arriving from Vietnam who don’t speak any English,” the officer explained as she leafed through our documents. It was on Aug. 8, 1975, just weeks after the end of the conflict in that Southeast Asian nation, though how she could have confused a young man from India and his sari-clad mother for Vietnamese shall always remain a mystery.

My own English skills were put to an early test a few weeks after our arrival, with a question I’d never been asked before: are you gay; actually: you are gay, right?

I was responding to a college bulletin board ad: Free room for gay male student, it read. To a penniless wretch, those terms were irresistible, well worth “gaying up” for. I plucked a tassel off the ad and called the number.

“Yeah, most of the time, I think so,” I responded, having contemplated my recent moods while preparing for the call.

“I think most people would consider me pretty gay.”

I had already given the prospective landlord a thumbnail background but never thought to mention that my upbringing was in a conservative evangelical Christian school and in a strictly observant Catholic milieu, a place where sexual mores and the meaning of gay were as Queen Victoria would have understood them. If one were gay in modern parlance you could never dare admit it, certainly in public. Our sex education came in one paragraph of the ninth-grade biology textbook, subtitled “sexual reproduction.” From the Bangalore of my childhood, I might just as well have landed on Mars as Marin County, just north of San Francisco.

“How would you feel about living with an older man?” he asked.

“Oh, I have three older brothers,” I responded eagerly. “And my father, he was a lot older than me.”

“Frederick, are you homosexual?”

My response ended the conversation, with apologies for not knowing the meaning of gay. I gained a keener understanding of free as well.

It was the most comical of several formative experiences that drove an effort — at times unconscious, unsuccessful and embarrassing — to study how Americans speak, to be understood the first time and not have to repeat myself. That took on some urgency when the first real door of opportunity opened: a job at a fledgling broadcast organization called Minnesota Public Radio.

The idea that I’d moved to Minnesota, to Duluth no less, has sometimes evinced curiosity. That I’d moved here from San Francisco seems baffling to others. There’s a long answer to why I’ve stayed 36 years but a short one on why I arrived here in the first place.

Why Minnesota — the short answer

I met a young woman from northern Minnesota, I explain. She was spending a gap year after high school in the San Francisco Bay Area as an au pair, with plans to return and attend college at St. Scholastica, in Duluth. I merely followed, intoxicated by romance but also fascinated by this place I initially came to visit, called Minnesota. The young woman’s family, well-known and widely liked in the small paper mill town of Cloquet, welcomed me kindly, in sharp contrast, ironically, to her au pair family in Marin County that strongly disapproved of the “mixed” nature of this relationship. 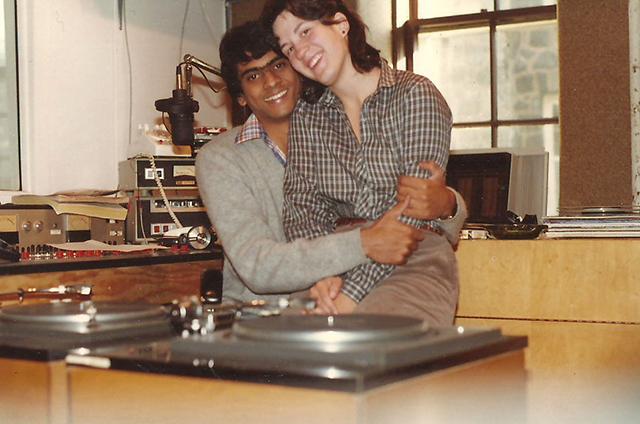 St. Scholastica offered the liberal arts but no real journalism program. However, this aspiring journalist enrolled anyway because it had two key assets (three if you add liberal financial aid): The young woman attended there and Minnesota Public Radio had its Duluth station on the campus, one that served as a northeastern Minnesota bureau for the MPR network. Its manager was kind enough to offer me an internship and eventually my first full-time job. Dick Daly was an astute journalist and a good teacher, wrapped inside a grumpy exterior and a plume from chain-smoked unfiltered Pall Malls. More than anyone else, he was responsible for scraping the Bangalore off this Bangalorean’s tongue: the consistent use of “w” instead of “v,” dropped “H”s in certain words, like third.

“Fred’s never going to get anywhere if he continues to say turd,” the noted MPR host Gary Eichten once told Daly. It should be noted that it took Eichten a long while to learn the correct pronunciation of my name in introducing my reports.

Reporting on the Range

The MPR stint would begin a career built largely around reporting on human suffering. The Duluth Superior region (which includes the Mesabi Iron Range) consistently had the highest rate of unemployment in the nation. The bucolic Range, long a colony of America’s steel and auto industry, emptied out in a mass exodus to the Twin Cities and elsewhere as the industrial heartland became the Rust Belt. For a cub reporter, there was abundant fodder, far more than one could expect from a region of Duluth’s size.

“I hear you on the radio all the time,” said Jim Russell, a public media stalwart who at the time was the chief production executive at Twin Cities Public Television. “I think you might like to work at KTCA,” as the PBS affiliate was then called.

After a brief stint on the eternal weekly broadcast “Almanac” came a big break in the bureau KTCA ran for the newly expanded “MacNeil/Lehrer NewsHour.” I became its correspondent 30 years ago in October, filing my first story from the Hormel meatpackers’ strike, another landmark event in Minnesota history.

Like meatpacking and iron mining, journalism has seen wrenching change in recent years, driven by the economics of digital technology and its varied social and political ricochets. That bureau has now morphed into an enterprise called the Undertold Stories Project, based at a university, not a television station. Along with long-time producer Nikki See, we’ve reported from 62 countries, most of them predominantly poor, places few tourists visit. Human suffering — on a scale that makes the Mesabi Range of the ’80s seem so, well, First World — provide plenty of fodder and I’m deeply grateful for the commitment to serious news of our primary client, now called the “PBS NewsHour,” as well as PBS’ “Religion and Ethics Newsweekly.” 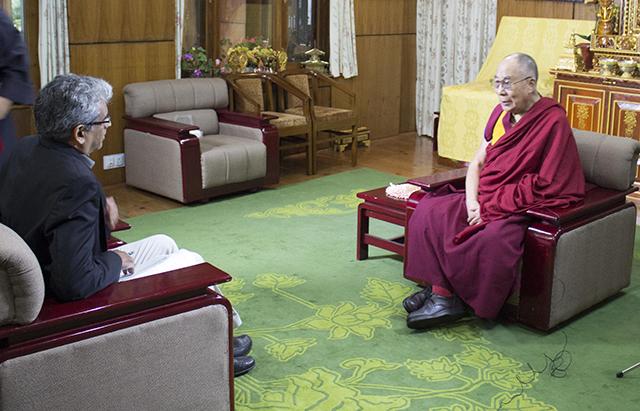 Courtesy of Fred de Sam Lazaro
Why would we base an international journalism project in Minnesota, I am sometimes asked?

Why would we base an international journalism project in Minnesota, I am sometimes asked? The reasons vary from personal risk tolerance to Minnesota’s quality of life on a number of measures. One generation on, amid T-ball, music, ballet and soccer, those roots take hold ever more firmly. Today nine Minnesotans, across three generations, share our unusual surname, eight of them native-born. More than any recognition from television work, there is no comparable thrill to being asked in random encounters whether I am related to my children, who, to borrow the phrase coined by a former MPR colleague, turned out above average. I’m often asked if I am related to that revered teacher in the St. Paul Public Schools, the same young woman I met long ago at a party in San Rafael, California. She’s been my teacher for 39 of the past 40 years.

Fred de Sam Lazaro is the director of the Under-Told Stories Project and Senior Distinguished Fellow at the Hendrickson Institute for Ethical Leadership, both based at St. Mary’s University. He serves on MinnPost’s board of directors.

My story as an Indian immigrant