“My grandmother was in the group of the first 11 black women recruited to work at NASA, and I’ve wanted to tell this story for 25 years,” said Miriam “Duchess” Harris, a professor and chair of the American Studies Department at Macalester College over a recent breakfast at one of her favorite eateries, the Downtowner in St. Paul.

It’s an important story, important enough to be included in the Smithsonian National Museum of African American History and Culture that opens Sept. 24, and now Harris and others are telling the tale of how women like Harris’ grandmother and namesake, Miriam Mann, were recruited to work as engineers for still-segregated NASA in the 1940s. In December, the tale will receive the Hollywood treatment via “Hidden Figures,” a Ted Melfi-directed and Janelle Monae-starring biopic of the pioneering women. But Harris’ real-life version is compelling all on its own.

“My grandfather was a professor at [the private Hampton, Virginia,-based black university] Hampton University, so that’s where my grandmother lived during World War II,” said Harris, a married mother of three. “NASA had hired white women to be human computers, and there weren’t enough to work on the project they were doing. So they went over to Hampton to see if there were enough black women who could do math, and my grandmother had a chemistry degree from Talladega College [in Alabama], even though she had been born in 1907.

“My grandmother died in ’67, before we got to the moon. I was born in ’69, the year it happened, and I was named after her. So I heard the stories my entire life, but I didn’t really understand the significance of what she’d done until I went to college. I was influenced by the courage that she had to live out the daily practices that you need to have to be a career woman and a wife and mother and to hold together a black family and to be successful in the midst of racism and sexism.”

Harris is likewise determined to not let her grandmother’s story be relegated to white history’s dustbin. In 2013 she started putting together a grant-funded archive that went live in 2015,  and her young-adult book, “Hidden Human Computers: The Black Women of NASA,” co-written with Sue Bradford Edwards, will be published in December by ABDO, the same Edina-based educational publishing house that published Edwards’ and Harris’ “Black Lives Matter” book last year. Also in December, a digital archive of “Hidden Human Computers” will launch at the Science Museum of Minnesota. 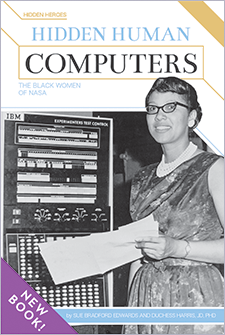 All that activity, coupled with Margot Lee Shetterly’s new book, “Hidden Figures: The American Dream and the Untold Story of the Black Women Mathematicians Who Helped Win the Space Race,” has led to all sorts of academic and pop culture buzz (including a “CBS This Morning” story and a forthcoming Sept. 19 Washington Post podcast), and something like reparations.

“Reparations aren’t necessarily financial, they can be cultural,” said Harris. “This movie, the Smithsonian, and the book that I have written with Sue Bradford Edwards, all work together to repair the history that was erased.”

But some of America’s history is impossible to erase. “I am the descendant of enslaved Africans who became the first free Blacks in America. Because of them, I am here,” Harris told the Hundred Black Women Project, and one of her archive’s guiding graphics has been the NASA blueprint from the ’40s, showing the campus’ “white cafeteria” and “colored cafeteria.” Likewise, one of Harris’ favorite stories to tell is her grandmother’s reaction to the “Colored Computers” sign that hung in the NASA dining room. From Smithsonian magazine:

One particularly brazen computer, Miriam Mann, took responding to the affront as her own personal vendetta. She plucked the sign from the table, tucking it away in her purse. When the sign returned, she removed it again. “That was incredible courage,” says Shetterly. “This was still a time when people are lynched, when you could be pulled off the bus for sitting in the wrong seat. [There were] very, very high stakes.”

Miram Mann worked for NASA from 1943 to 1966, and died of cancer in 1967. She never got to see her work reach fruition as part of the moon landing in 1969, and to this day her granddaughter isn’t sure the “human computers” realized that they were integral cogs in the space race. 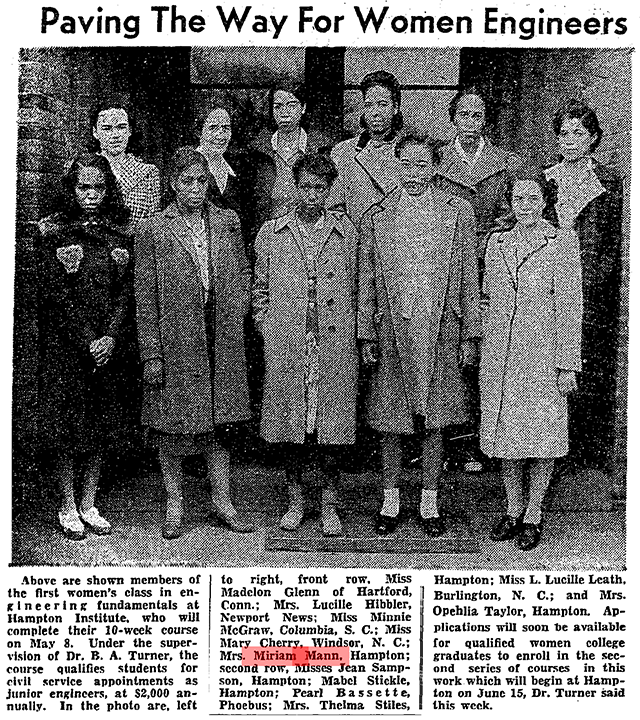 “Often, they did not know what they were working on because things were top secret,” said Harris. “Projects were divided such that people would work on separate pieces and not know what the greater whole would be. She did, however, meet [astronaut] John Glenn. He went to NASA Langley and met the black women who did calculations for him [and his trip around the earth in 1962] and thanked them.”

As for Hollywood’s version of her grandmother’s story – which carries the amorphous “based on the untold true story” tagline and never mentions Miriam Mann by name – professor Harris remains philosophical. 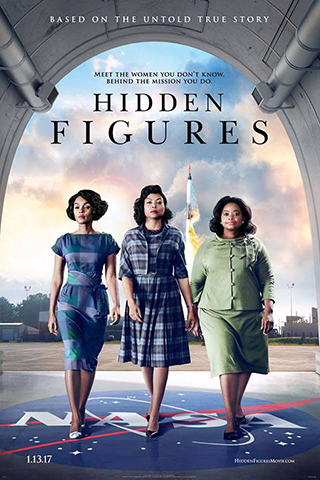 “It doesn’t bother me that it doesn’t mention my grandmother, because my grandmother was there 10 years before the women who the movie focuses on,” she said. “And I know that Margot chose those women because one of them is the only one who’s left who’s still alive. She’s 98 years old. And also, it makes for more of a compelling story to focus on the ‘60s for people who are interested in the civil rights era. Lots of Americans aren’t as interested in a World War II narrative.

“The trailer to me feels very Hollywood, very Americana. I think the movie is important for the masses of people who will be exposed to this narrative who’ve never heard it before. I haven’t seen it, so I can’t comment on the material, but one of the things I do know is that the reason that Ted Milfe and that crew were pushing this so much was because the year before was the hashtag #oscarssowhite. So I think this is a way to try and repair Hollywood’s image for not having more multiracial casts.”

“This honestly is just phenomenal to see this story come to light in so many different ways,” she said. “I’m glad that there is the adult version of this book, I’m glad that I have done the version for 6th- to 12th-graders, I’m excited about my visual archive, and I love the idea of people seeing the movie.”