When conductor Neville Marriner died in his sleep Sunday morning at his home in London, the Twin Cities lost an old friend.

Marriner was music director of the Minnesota Orchestra from 1979 to 1986, succeeding Stanislaw Skrowaczewski and preceding Edo de Waart. Still busy at 92, he was to have conducted the orchestra in two concerts in January in what would have been his third appearance here as guest conductor since leaving the orchestra.

The orchestra board had offered him an emeritus title back in 1986, but he turned it down. Skrowaczewski already held that title – conductor laureate – he said, adding, “I dislike titles of that sort. They always make you seem like a has-been.”

Marriner was witty, charming and, despite his worldwide fame, modest and approachable. The door to his office at Orchestra Hall was always open. He and his wife, Molly, made many lasting friendships during his years here, and they stayed in touch. After achieving knighthood in 1985 he was officially Sir Neville, but here it was always simply Neville.

Marriner changed the sound of the orchestra. He toned down the brasses – a tricky business in so live a space as Orchestra Hall – and gradually he drew a bigger, more colorful sound, along with a wider dynamic range, from the strings. With acoustician Cyril Harris’ permission, he had the cubes attached to the back wall of the stage removed, which allowed the musicians to hear each other better. 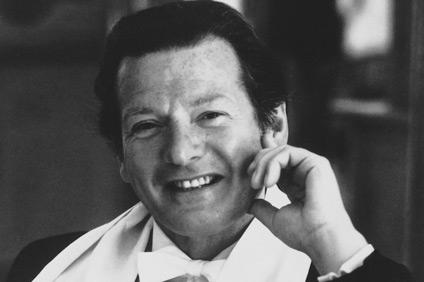 Through tours and recordings he raised the profile of the orchestra – a profile rather dim in those days due to the name change in 1968 from the world-famous Minneapolis Symphony to the little-known Minnesota Orchestra. He cajoled – and pleaded with – his European record company, Phonogram, to record him with this orchestra, even though orchestra recording in the U.S., according to Phonogram, cost three times what it cost in Europe. Recording of American orchestras, as a result, had largely come to a halt.

But Marriner prevailed. His recordings for Philips of the last three Dvorak symphonies are immaculate and persuasive, as is the pairing on CBS of Haydn and Vieuxtemps violin concertos with Cho-Liang Lin. Still available and highly recommended is the recording on Nonesuch of works by two Minnesota composers Marriner championed, Stephen Paulus (Symphony in 3 Movements) and Libby Larsen (“Water Music”).

Audiences: ‘They’re noisy … and they cough a lot’

Audiences here seemed enchanted by Marriner, even though he railed against their manners – or lack thereof. “They’re noisy, they shuffle, they drop programs, they come in late and they cough a lot,” he told the Associated Press. The coughing really annoyed him. It was unique to Minnesota, he claimed. On one bitterly cold Wednesday night – the music barely audible over the bronchial explosions throughout the hall – Marriner stopped the music, turned around and chided the audience for the noise.

The coughs ceased, however, on the occasion of Marriner’s farewell to Minnesota in May of 1986. In a powerful expression of affection after an engaging performance of Beethoven’s Symphony No. 9, the audience – and the musicians of the orchestra as well – cheered and applauded the conductor, who took repeated bows before finally waving goodbye and walking off.

When Marriner returned to Orchestra Hall 17 years later, he reflected on his years here and said that, in his view, he hadn’t been a success as music director. Partly, it was that he hadn’t improved the orchestra as much as he wanted to, meaning that he didn’t have the heart to fire certain players – a complicated process under union rules. (De Waart proved to be better at that task.) There were other union restrictions he never adjusted to — the timing of rehearsals, for instance, which sometimes meant, he said, stopping in the middle of a phrase.

And he tended to speak his mind about local institutions, some of them rather sacrosanct, like the Ordway Music Theater, which was only a year old when he criticized the facility’s acoustics, at least for orchestra performances. No one, except one or two critics, had registered that complaint. Feathers were ruffled.

(By 2015, when the St. Paul Chamber Orchestra’s Ordway Concert Hall opened next door, no one seemed ruffled when Chamber Orchestra President Bruce Coppock said of the Music Theater, “The SPCO never sounded good there. It’s too big.”)

The Academy and ‘Amadeus’

When Marriner left here, he continued a few more years as principal conductor of the South German Radio Orchestra. In later years he toured the world and continued making recordings with the orchestra he founded in 1957  – and made famous – the Academy of St. Martin in the Fields. He was named life president of the organization in 2011. 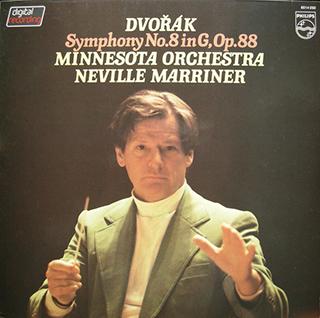 Marriner cajoled – and pleaded with – his European record company, Phonogram, to record him with this orchestra, even though orchestra recording in the U.S., according to Phonogram, cost three times what it cost in Europe.

Marriner used the Academy for the soundtrack to the 1984 Oscar-winning film “Amadeus,” which has sold 6.5 million copies. The publicity photo for the film said, “Only two people were qualified to conduct the score.”  Below were two pictures, one of Mozart in a powdered wig, the other of Marriner in white tie. ‘Only one was available,” said the caption.

(Marriner owned one-third of the soundtrack and the film, sharing rights with director Milos Forman and producer Saul Zaentz. As a result, he became independently wealthy rather quickly.)

Marriner’s work on the film was criticized by adherents of the early-music movement, then in full flower, for using modern rather than period instruments. “The Young Turks,” as Marriner called them, conductors such as Trevor Pinnock, Roger Norrington and Christopher Hogwood, called Marriner’s approach to Mozart “old fashioned.” But the Turks’ attitude softened in later years. “We all learned from Neville Marriner,” said Norrington.

Marriner’s program in January was to have included music by Mendelssohn, Beethoven and Dvorak. No replacement for him has yet been announced.

An elegant approach to Mozart

How will he be remembered? His hundreds of recordings will, of course, live on. His approach to Mozart remains elegant and convincing. However, some thought during his years here that his treatment of the larger Romantic works lacked the stamp of individuality.

Conversations with him suggested that he knew exactly what he was doing in more expansive repertoire, that his essentially cool, trim, anti-Romantic, Classical style was what he preferred. It was a conscious choice, an approach that had been honed in his early years playing with the early-music scholar Thurston Dart – Marriner on violin, Dart on keyboards – and he sustained that style with the Academy.

One thing we will remember is Marriner’s generosity. He always spoke highly of his two podium colleagues here: the revered Klaus Tennstedt, who was then principal guest conductor, and Leonard Slatkin, artistic director of Sommerfest. What a team that was. Always willing to share the spotlight, Marriner said once — crediting Slatkin, then an up-and-coming young conductor — that he thought Sommerfest was the best thing that the orchestra did in any given year.

Marriner laughed often, and sometimes at his own expense. During an auspicious concert here in 1982, “Scandinavia Tonight,” that was broadcast on PBS, the all-star lineup of soloists included the formidable Swedish soprano Birgit Nilsson. Marriner interviewed her briefly onstage before she sang.

He asked her to explain the medals pinned to her chest. “And what about those two big ones,” he said, pointing directly at her ample bosom. Stifled laughter arose from the audience and the orchestra.

Some years later, during a visit here, Marriner recalled that moment. “Exactly half-way through it, I heard myself saying it. I realized that there was no way of getting out of that sentence. If I could have stopped then, I would have. But it was just as bad to stop because everyone knew exactly what I was going to say. The orchestra members were way ahead of me. As soon as they cracked up, I knew that I hadn’t gotten away with it. I don’t think the joke reached Birgit in time. I think afterwards it did.”

One imagines, if there is a next world, that Neville Marriner will be there at the podium conducting an orchestra in something by Mozart and asking the strings for a little less vibrato. Then, during a break, he’ll share a bundle of funny stories with the musicians.