In St. Cloud during the Great Depression and Prohibition days, the monks of St. John’s Abbey ran and owned, in the area today known as Collegeville, the biggest moonshine-brewing still in Stearns County, and whenever the feds came sniffing around looking to bust the holy bootleggers, the monks would put down their whiskey, pull up their cowls, and, as the song goes, pretend to pray.

That’s just one fascinating factoid to be had in “Minnesota 13: From Grain to Glass,” the Kelly Nathe- and Norah Shapiro–produced and directed documentary that hits theaters as a must-see for fans of “Fargo,” “Boardwalk Empire,” and “Prairie Home Invasion,” not to mention all ye fervent disciples of the home brewing and brew-pub scene.  After a successful festival run last year, “Minnesota 13” returns to St. Anthony Main Theatre for a week’s run starting Friday (Jan. 27) and comes highly recommended as one extremely entertaining telling of Minnesota’s secret bootlegging history that cropped up in the ’20s and ’30s around Holdingford, Avon, St. Cloud, and the whole of Stearns County.

At film’s outset, a mash-up of voices gets at the basics of the tale:

“Moonshinging was illegal, it was not immoral.”

“Bootlegging was very common, and everybody in the community protected each other.”

“My grandfather was a moonshiner, turns out,” said Nathe, who lives in Los Angeles with her musician/composer husband John Fields, who did the music for “Minnesota 13.” “I knew my grandfather had a little shady past with cooking, because I found a newspaper clipping once in my grandmother’s photo album. But, you know, big Catholic family, and I didn’t ask questions and I just put it back where I found it. I grew up in the Cities, but both my parents grew up in Stearns County. My mom grew up in Holdingford and my dad grew up in New Munich, and this is my mother’s family.

“A couple years ago I was binge-watching ‘Boardwalk Empire’ and I kind of flashbacked to that photo album clipping. I started thinking about my grandfather, who would have been 20 during prohibition, and then I found Elaine Davis’ book. I devoured it, and I realized, ‘Oh my god, it wasn’t just my grandpa, it was the whole county.’ It was everybody. And I recognized all these last names, all of my grandmother’s church lady friends. They were into some dangerous things, and then to find out that the church was behind it, and sort of protecting them …” 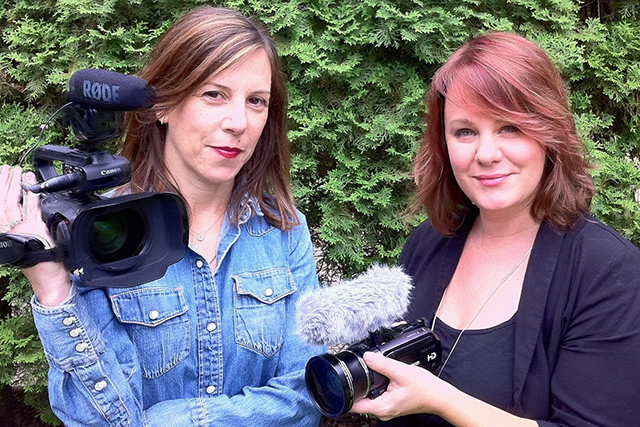 Nathe and Shapiro were at the end of making their award-winning documentary “Miss Tibet: Beauty In Exile” when they received funding for and started work on “Minnesota 13,” which also tells the modern-day tale of the Eleven Wells, the St. Paul distillery that currently produces the white whiskey.

“We knew we could tell the history story of it, the Prohibition story, and we knew we would have a built-in audience for it in Minnesota, but in order for it to be of interest outside of the niche audience, we wanted to tell the modern-day craft distilling story because it is so hot, and it is so interesting, and the process is so fascinating,” said Nathe. “We fell in love with learning about it, and it was so much fun, just watching the process.”

Depression-era Stearns County was populated by monks, missionaries, and German-Catholic farmers who created a culture that was, according to Tim Hoheisel of the Stearns History Museum in the film, “accepting of alcohol, because drinking beer, and the whole alcohol consumption part of the German culture itself was completely accepted, especially beer. Beer, by and large, is part of the culture because drinking beer in early modern industrial Europe was safer than drinking water, because it didn’t have the bacteria, and the alcohol killed parasites and whatever else might be in the water. ” 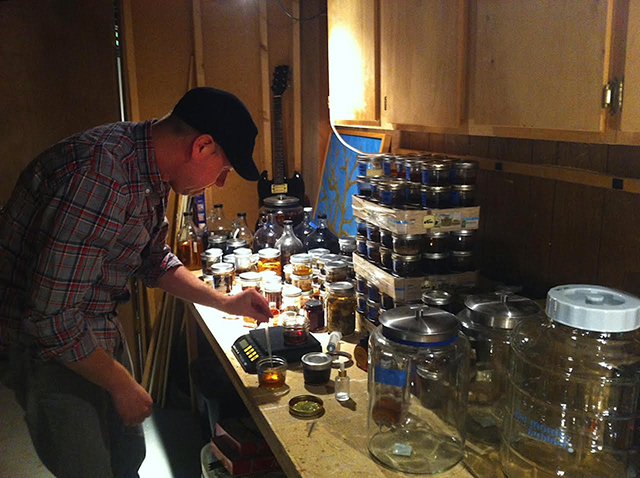 When hard times hit, farmers across Stearns County took to growing the so-called Minnesota 13 strain of corn. Then they used it to brew and sell whiskey as a way to save their family’s farms, and did so illegally until prohibition ended in 1933.

“They had pride in doing whatever they needed to do to save the family farm,” said Nathe. “They weren’t whiskey drinkers, but they learned to be. The sad thing is that nobody up there became Jim Beam or something. Nobody kept the stills going.”

“It’s an immigrant story in a lot of ways, and how people make do,” said Shapiro, who has spent the last two years filming a forthcoming documentary on former refugee-turned-Minnesota state representative Ilhan Omar’s journey to becoming the first Somali-American legislator in the country. “As a storyteller, I’m really drawn to this question of the American Dream and what that is and what that means in the now. I’m interested in what people are confronted with in order to be here, and what hard work they will go through and what they will endure, and how much they will make out of so little off of the promise of what this country has to offer.”

“Minnesota 13” cobbles together interviews with the grandchildren and great-grandchildren of bootleggers and farmers, and, in the end, paints a portrait of a fiercely industrious people who eluded the law and society’s mores in order to survive.

“Let’s be honest, Stearns County doesn’t have the best reputation, so it was fun to find a story to tell with happy memories,” said Nathe. “Elaine said that when she was researching her book, she had doors slammed in her face because people didn’t want to talk about this for so long: ‘Don’t drag these skeletons out of the closet!’ Then after it was published she’d bring her book to little county fairs and she’d be selling it at a table and people would open up to her, ‘Why didn’t you talk to me and tell my family’s story?’ The feeling really started to shift towards this pride thing.’

“And now as you see in the movie, Holdingford has this sculpture in the center of town with the moonshining story on it and they have a covered bridge on the Lake Wobegon path with the story of Minnesota 13 on there. Everywhere you go, there are bars and places called ‘Minnesota 13’ now. And people are still cookin’. Every time we go there, people come up to me and Norah with a little mason jar, like, ‘Heeere. Here’s some of the real deal.’ ”

‘Minnesota 13: From Grain to Glass’ tells the secret bootlegging history of Stearns County