Another female-made documentary, however, is sure to be all the rage in New York and beyond. “Time for Ilhan,” about the life and times of Somali-American state Rep. Ilhan Omar and directed by Minneapolis-based documentary filmmaker/director Norah Shapiro, was named an official selection of Tribeca last month, making it the first-ever Minnesota-made documentary to be showcased at the prestigious 17–year-old Robert De Niro-founded independent film festival.

“Time for Ilhan” makes its world premiere at Tribeca next month. Screening times and ticket information are here; see the trailer here.

“It’s a dream come true,” said Shapiro, a former public defender-turned-documentary maker and the woman behind the lens for such homegrown docs as “Miss Tibet: Beauty in Exile”  and “Minnesota 13: From Grain To Glass,” sitting in the third-floor office of her Flying Pieces production company near Loring Park. “A peak for me, professionally and personally, and it’s an amazing stamp of validation for the film and where the film will go in the world as a result of having those particular laurels. I also think it’s an amazing place in particular to premiere this film, in New York City. I’m still sort of pinching myself.”

Shapiro is a member of the Minneapolis chapter of the pro-women filmmakers organization Film Fatales, and sees “Time For Ilhan” as part of a larger movement and moment.

“Forty-six percent of the programming at Tribeca this year is from women in the director’s chair, and so at this moment in time, this particular moment that we’re in — socially, culturally, historically — and with the content and the story and the subject matter of the film and for women in film … that’s an amazing thing to be a part of, to be in that company. I’m thrilled about that,” she said.

“It’s important because it’s a story of hope and inspiration in a period of time that’s kind of dark for a lot of people. It’s about what’s possible, and what can work, and the way you do it. It’s an important story because it’s about what representative democracy can look like, and should look like, and it’s coming out at a point when there is a wave that is forming, and beginning, and in process, and hopefully Ilhan’s story and the film depicting her story is going to be able to scale that up at a level that will be a part of that larger movement.

“I have always had a dream for this film, which went far beyond my personal career and far beyond Ilhan’s personal story. I believe really strongly the film can be used as a really potent outreach and social impact tool. And I’m joined in that belief, I’m happy to say, already by our key partners, VoteRunLead, and the New American Leaders Project, and several other potential partners like Emily’s List, Higher Heights, Emerge America, and She Should Run, and many other organizations that are doing this work in different ways — which is about turning out women, women of color, and other people who have traditionally been outsiders and faced barriers, to gaining access to elected office in this country. 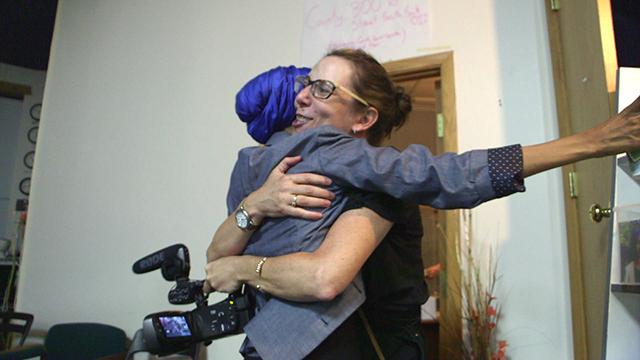 “We’re planning outreach for, as much as we can, if not turning out people to run in 2018, getting people to vote, and giving [inspiration to potential candidates] who might need an extra push — the next Ilhan, the next group of people who were the band of largely volunteers, who staffed Ilhan’s campaign. The whole idea is to build participation at every level, and hopefully this film will inspire and move people concretely to do that — that’s the dream.”

“Time for Ilhan” was one of just 96 films (out of 8,789 total submissions) selected to show at Tribeca. Minnesota-affiliated films have been selected by Tribeca in the past, including the narrative feature “Stuck Between Stations” (2011) and, according to FilmNorth executive director Andrew Peterson, two other Minnesota films are showing at Tribeca this year: Naomi Ko’s half-hour pilot for “Nice,” about an Asian-American breast cancer survivor obsessed with fantasy football, and Joshua Carlon’s documentary short “Saul’s 108th Story.”

“Time for Ilhan” is the first Minnesota-made feature-length documentary selected to appear at Tribeca.

“It’s incredibly exciting for Norah and the entire Minnesota film community to have a Minnesota-made film premiere at Tribeca,” said Melodie Bahan, executive director of the Minnesota Film & TV Board. “Minnesota-made films shown at high-profile festivals like Tribeca shine a light on the great work being created in our state, and we’re very proud of the film and the Minnesota story it tells.”

Thirty-three-year-old Omar’s journey, from spending four years in a refugee camp in Kenya to becoming America’s first Somali-American state lawmaker by winning the race for House District 60B, is well known, but the film allowed Shapiro to live the ultimate dream of any storyteller: bearing witness to history, and capturing it for all time.

“Kind of magic,” she said. “It’s an incredible honor. And it’s a leap of faith. Ilhan and I have talked about this: It was a leap of faith on my end, and it was a leap of faith certainly on her end. I credit her and her advisers at the time the decision was made to go on this journey together. None of us knew what was going to happen. We all hoped. I certainly had an instinct, but all I knew was that it was a story I wanted to tell, because I couldn’t predict the future.

“I knew that even if Ilhan didn’t win that race, she was still symbolic of a story that I wanted to tell, and the way that she was running that campaign and the kind of candidate that she was was a story that was important to tell. I was pretty certain that if she didn’t win that one, she nonetheless was a rising star. It was just a remarkable honor for me, it continues to be one of the biggest honors of my life – to have been there, and to have captured this, because it’s such an important story for so many people, so much more broadly than just at the local level.”

Shapiro and crew are currently working on plans for “something big” for the Minnesota premiere of “Time for Ilhan,” tentatively set for the end of the summer or early fall. Until then, film and freedom fans will have to make do with sneak previews from the director’s cut. 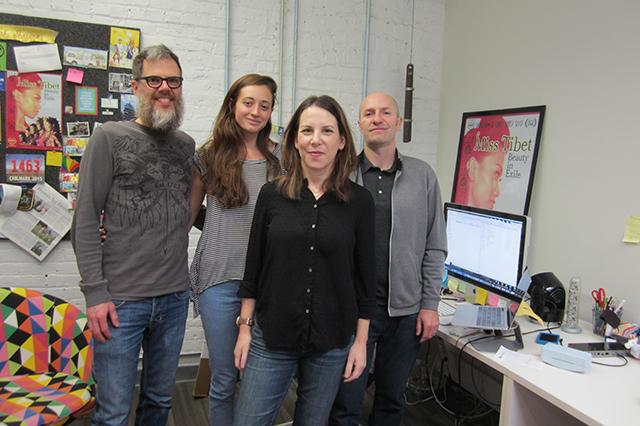 “One of my favorite scenes, for a whole lot of different reasons – in terms of the storytelling, in terms of the filmmaking, but also in terms of substance — is a scene that takes place at the DFL endorsing convention,” said Shapiro. “This turned out to be a 15-hour day. What happened in a nutshell is that Ilhan came close to gaining the DFL party endorsement. It was a three-way split between [Omar], the 43-year incumbent Phyllis Kahn, and the male Somali-American challenger (Mohamud Noor). Ultimately at the end of the day, they didn’t succeed, and I think that scene outlines a lot of the barriers — even on the side of supposed progressive politics, even on the side of the DFL — for non-traditional players.

“But it’s also the way the game of politics gets played. So it’s fascinating to me on many, many levels. There were high emotions and high drama and we were fly-on-the-wall for a lot of the day, and we did some interviews in the field, and there’s a lot of cinema verite. We were running many, many cameras. It was a feat to run all those cameras, and it was feat to know what to follow and when, and it was a feat to edit it all.

“Another favorite scene in the movie is the primary, because for all intents and purposes, that’s when Ilhan won. It’s a beautiful, highly emotional scene; usually there are no dry eyes, including myself — in spite of all the times I’ve watched it. It’s a beautiful, moving scene. We end up in Ilhan’s war room, intimately fly-on-the-wall, and we see Ilhan seeing it unfold before her eyes, and her closest team members, and then the immediate aftermath. It continues. I still don’t know that I’ve watched it without tearing up.

“Phyllis Kahn, remarkably, gave me so much access, and some of those moments are amazing, and I loved being with Ilhan’s team at their strategy meetings. I love it. I love it all. I love the movie. I’m not objective.”