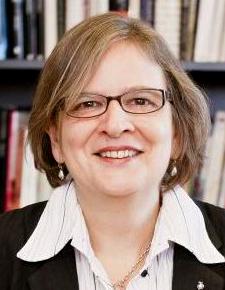 Fiona McCrae still remembers the first sentence of the first novel she edited at Graywolf Press, almost twenty-five years ago: “The grave we dug for my brother Little remained empty even after we had filled it back in.”

The novel was “Little” by David Treuer. That opening had “very simple words, not showy,” McCrae says, “even as it lets you know there’s something wrong right from the offset.”

It’s no surprise that editors geek out on words and language, but they have to be equally at home with making tough decisions. The cold, hard fact of publishing is that there are more manuscripts to read than there are hours in the day.

McCrae learned that right away. Now publisher and director of the Minneapolis-based Graywolf, one of the country’s most prestigious publishing houses, McCrae got her start as a secretarial assistant, volunteering to read manuscripts at night. The gig was meant to be short-term, but McCrae says she “got the bug.” Now in her 50s, she wears slim brown-rimmed glasses and speaks with an accent that reveals her English birth. She heads a team that chooses which manuscripts will earn a prized publishing contract.

And so, given all the reasons to skip to the next submission, what does it take to keep McCrae reading?

‘Every sentence is working hard’

Sifting through a stack of Graywolf publications, McCrae selects a novel whose first line isn’t even a full sentence. It isn’t even in English. “Berlin-Hauptbahnhof. It is where the trains from Poland get in and the two young Englishmen are newly arrived from Krakow. They look terrible, these two teenagers, exhausted by the ordeal of the train, and thin and filthy from ten days of Inter Railing….”

The novel is David Szalay’s novel “All that Man Is,” and it snagged a finalist spot for the prestigious Man Booker Prize in 2016.  “It’s bold,” McCrae says of the opening. She liked that Szalay trusted the reader to follow along without “writer-splaining,” she says. “The writer is saying absolutely what they want to say. And in a certain way, every sentence is working hard.”

As a small nonprofit press, Graywolf tries to strike a balance among poetry, fiction, and nonfiction. Its list includes short story and essay collections, which risk-averse New York presses often avoid unless the writer is already famous. But McCrae says innovative writing justifies the risk.

(If you read this story out loud, please use the following voices:

ME: as a child, high-pitched, forgettable; as a woman, the same….

MY SON: as a small child, gentle, sounding with the faintest of lisps; as a man, like my husband.

ALL OTHER WOMEN: interchangeable with my own.)

It’s an intriguing opening, McCrae says. “If you see something like that we know we’re in for one of two things. Either [it’s a] failed, ambitious, trying-to-be-different experiment or something really exciting and new.”

Graywolf’s acceptance rate for manuscripts is brutally low. Last year, the press published just 34 of the 3,400 submissions that came its way. Those odds vary, however, depending on who you are and what you write. Poets have the toughest competition; more than half of the manuscripts sent to Graywolf were poetry. Debut writers vie for spots against repeat authors, whose recognizable names make bookstores more likely to carry the whole Graywolf lineup. It’s a constant balancing act, says McCrae.

Just two out of the nine books being released from Graywolf this spring are from debut writers. One of them is Patrick Nathan’s novel “Some Hell,” which starts: “Two days before their father shot himself, Heather foretold her brother’s death. By then, Colin was old enough to not believe her, to not fall for every lie or story. He could have rolled his eyes and left the room. He could have called her full of shit. Instead, he chose to hear it like the truth.”

McCrae appreciated the opening tension “between someone actually dying and someone else being told they’re going to die — but they didn’t actually die because they’re writing it. There’s a lot going on, so you know it’s rich.”

The secret to wading through the submissions, McCrae says, is to keep a laser-like focus on the kind of books Graywolf wants to publish: diverse writers and subjects that feel like they wouldn’t have been printed ten years prior. Claudia Rankine’s poetry collection “Citizen,” about racial microagressions is one example, as is poet Danez Smith’s “Don’t Call Us Dead,” which imagines an alternative afterlife for black boys killed by police violence.

Precision, surprise, a sense that the writer knows just what she’s doing: these attributes keep McCrae interested. Yet it doesn’t help a writer to mimic works Graywolf has already published. It’s far better, McCrae says, to let a book find its own original voice.

McCrae spurns opening scenes where the action is too quick — a grisly accident on page one — before the reader cares about the characters. She admits to getting “nervous” about literary “throat-clearing” statements like “It all began when…” or “It all goes back to the summer of….” Then there are quirky trends, like first pages that examine an airplane seatbelt — as though the most interesting part of an arriving plane were the buckle.

These openings wouldn’t necessarily crash-land a manuscript. McCrae is quick to point out that a book is about far more than its opening lines. She looks at what those sentences, cumulatively, are doing and asks: “Do they say something about the world that wasn’t said before?”

In general, McCrae says, “it’s a very exciting time to be in publishing.” Each submission could be tomorrow’s next exciting work. You never know until you start reading.