In Minnesota, the arts are news. We care when the Minnesota Orchestra earns raves for performances at Carnegie Hall, when the Penumbra Theatre has to trim its season, when the director of the shiny new Cowles Center resigns after 10 months, when the Southern Theater implodes over mismanagement of funds, when Frank Gehry adds new galleries to the Weisman, when the governor names a poet laureate (way to go, Joyce Sutphen), when Minnesota artists get Grammy nods.

As a state, we voted for one of the nation’s most generous arts funding mechanisms — the Clean Water, Land and Legacy Amendment — though we did so in flusher times, and some of us now wish we could use that money for other things, or question if we the people really knew what we were voting for. I think we did know, and we should be proud of ourselves.

Music has been my main focus as an arts writer up to now, in part because my original MinnPost assignment was to cover jazz. But I’m more of an arts omnivore. There are few things I won’t sit (or stand) through, even if I don’t stay until the end. I learned long ago that there’s no shame in leaving during intermission if you’re not enjoying yourself. Better to go home and give the little dog some lap time.

What I’ll try to do here twice a week is to cast a wide net and see what turns up. What’s happening in music, dance, theater, film, literature, visual arts, and on and on? Where is arts money going? Which venues are renovating (Northrop, Orchestra Hall, the Ordway) and which are closing (the Loring)? What are the interesting personnel changes?

I’ll keep an eye out for the new and unusual — events and people you might not read about in the Strib or the Pi Press. I confess to a fondness for what some might consider quirky, like the annual Accordion-O-Rama! (exclamation point not mine) in Zumbrota. And I’ll keep an ear to the ground for whispers and back stories.

It’s humbling to think that it takes two regular columnists and Minnesota Monthly’s Tim Gihring to replace our former arts writer, Max Sparber. I may have a cocktail and mull that over. 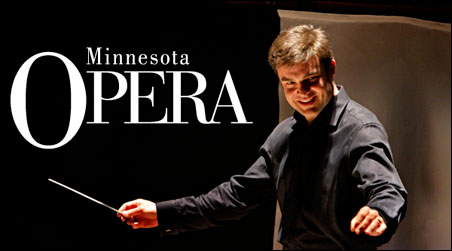 Act fast, opera fans. Today is the last day of the Minnesota Opera’s Surprise Seats offer. Call the ticket office by 6 p.m. (612-333-6669) to buy tix to “Werther” (opening Jan. 28), “Lucia di Lammermoor” and “Madame Butterfly” for $33 each. You’ll receive a voucher guaranteeing full-view seats worth at least $50 each. Bring your voucher to the Ordway box office the night of the show, and you could be surprised with a seat worth up to $200.

The Minnesota Opera announced Thursday that Michael Christie has been appointed music director. Christie currently serves as music director of the Colorado Music Festival and the Phoenix Symphony. Previously he was chief conductor of the Queensland Orchestra and the Brooklyn Philharmonic. He made his debut with the Minnesota Opera in 2011, conducting Verdi’s “La Traviata,” Bernard Herrmann’s “Wuthering Heights” and the world premiere of Kevin Puts’ “Silent Night,” all successes. His appointment fills a hole that has existed since principal conductor George Manahan departed in 1996. And the orchestra likes him.

There’s a new opera company in Minnesota, with plans to die for. The Mill City Summer Opera hopes to make its premiere — of Leoncavallo’s lush and weepy “Pagliacci” — in July at the Ruin Courtyard of the Mill City Museum. Audiences will face north, with a view of the Stone Arch Bridge and the Mississippi River. Opera under the stars, among ruins, sounds shockingly Italian.

Dance lessons at the Cowles Center? How cool is that? The Open Door Dance program launched this month with the Foxtrot and Waltz on Jan. 11. Too late for that, but you can still (as of this writing) register for Rumba and Cha-Cha on Jan. 25. Coming in future months: flamenco, hip-hop, African, and modern.

Artspace, the Minneapolis-based nonprofit that develops affordable live/work space for artists and arts organizations throughout the U.S., has been given a three-year, $3 million grant from the Kresge Foundation in Michigan. (The Cowles Center is an Artspace project.)

Now that winter has finally arrived, we need some green. At the Minneapolis Institute of Arts, the museum’s snow-white lobby has just been transformed into Pop-Up Park, a tropical oasis with pop-up grass and palm trees. Want real plants plus live music? Head to the Como Park Conservatory for “Music Under Glass,” a three-month series that began Jan. 12. This Sunday starting at 5 p.m.: Rhizosphere, an improvisatory quartet that blends world music with jazz, folk, and the blues. 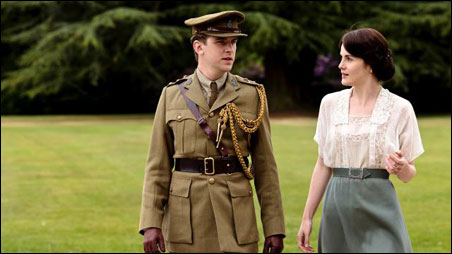 “Downton Abbey” is PBS’ biggest period hit since “Brideshead Revisited” and “Upstairs Downstairs.” TPT is hosting a virtual viewing party starting at 7 p.m. on Sunday. Watch Episode 2 again, join in an online conversation, then watch Episode 3 and gab away via webcam and text.

We want to know what Jake Rudh is planning for the March 26 “Mad Men” premiere. For two years, he has hosted a dinner, screening and after party at Jax Café that has become the place to be and be seen. This year, he’ll be back at Jax, co-producing the event with Vita.mn. The show is “entering into the mid-60s now,” Rudh told MinnPost yesterday, “so it’ll more than likely have a different vibe than the first two.”

He wears a white suit in summer, a black suit in winter. His unruly black hair is corralled, sort of, by a headband. He’s our own Scott Seekins, resident arts icon. In February, Gallery 13 will host an exhibit of “celebrity portrait interpretations of ‘The ICON’: Scott Seekins.” If you’re an artist who would like to exhibit, write to info@gallery13.com. Opening reception: Friday, Feb. 17, 7-10 p.m. Seekins will be there, exhibiting some of his own work, and will jury the show. Closes Saturday, Feb. 25.

The Givens Foundation for African American Literature has announced that Walter Mosley will be its 2012 Givens Black Books Author. This means that Mosley, bestselling author of the Easy Rawlins and Leonid McGill mystery series, will be the focus of the second annual Givens Black Books: Community Reading Campaign, with book clubs, panel discussions, and film screenings planned across the Twin Cities metro area. The campaign ends April 21 with a literary luncheon at Nicollet Island Pavilion featuring Mosley. Complete schedule here.

Last Friday, just before Jon Weber’s performance at the Artists’ Quarter, Twin Cities Jazz Festival director Steve Heckler announced the headliners for the 2012 festival. Friday, June 29: Cuban drummer Francisco Mela, who heads his own trio, quintet and Cuban Safari and tours with jazz luminaries like Joe Lovano and Kenny Barron; the Delfeayo Marsalis Octet. Saturday, June 30: The Bad Plus with saxophonist Joshua Redman. After seeing this combination at the Blue Note in NYC in April, Will Friedwald wrote, “Mr. Redman joining Bad Plus puts me in mind of the scene in ‘The Wizard of Oz’ where Dorothy steps out of the house and all of a sudden the whole shebang is much more vivid and vibrant.” I think TBP is plenty colorful on its own but am eager to hear this. Sounds like the festival is shaping up. My only complaint: This year, it’s the same weekend as the Iowa City Jazz Festival. Many Twin Cities jazz fans drive down for that. 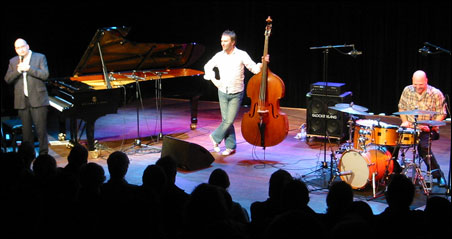 Creative Commons photo by Flickr user jerrroen
The Bad Plus

Speaking of The Bad Plus, if you missed their annual Christmas residency at the Dakota, you can see them in St. Cloud on Friday, Jan. 27, at the Paramount Theater.

And over at her new music blog at the Current, Andrea Swensson reports on “King for Two Days,” a documentary about TBP drummer Dave King, which premieres next month in Missoula, Montana. When is it coming here?

Secrets of the City wants to know: What’s your favorite piece of artwork in the Twin Cities? Andy Sturdevant (who starts writing on visual arts for MinnPost next week) likes a painting at the 331 Club called “Crossings.” My favorite is most certainly not “Cottontail on the Trail,” the giant bronze bunny on Minnehaha Creek. Sorry, but I have never liked that rabbit.

In the latest issue of The Line, Camille LeFevre writes about Big Table Studio (BTS), a working design and print studio and retail storefront in downtown St. Paul. 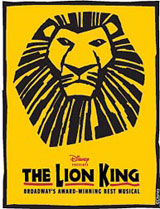 Marianne Combs at MPR rounded up reviews for “The Lion King” at the Orpheum. John, Rohan, Sophie, and Dominic like it. Through Feb.12.

If you haven’t joined Goldstar (it’s free) and signed up for their weekly newsletter, you might want to check it out. You’ll save on tickets to all kinds of arts events in and around Minneapolis-St. Paul. A recent mailing included deals on “Harold and the Purple Crayon” at the Children’s Theatre, the Hill House Chamber Players’ 26th season, “Dangerous Liaisons” at the Minneapolis Theater Garage, and “Speak Low When You Speak Love,” a romantic Valentine’s concert at the Capri.

Finally, our sincere condolences to Honeydogs frontman Adam Levy on the death of his son, Daniel. Andrea Swensson has the details and information on where donations may be sent. This is the second depression-related death in a month to strike the Twin Cities arts community; Christine Rosholt was the first. I can’t imagine anything worse than the loss of one’s child. We’re sad for you, Adam.