The Ordway has announced its 2012-2013 season, an eclectic and colorful blend of smash hits, old favorites, theater, music and dance. The theater season begins in August with “Chicago” (six Tonys) and continues with “Billy Elliot The Musical” in October (ten Tonys), “Elf the Musical” (based on the movie starring Will Ferrell) in December, and “Anything Goes” (three Tonys) in May. Two Ordway favorites return: “Sing-a-Long Sound of Music” in May and “Buddy — The Buddy Holly Story” in June. The new Broadway Songbook Series presents music by Rodgers & Hammerstein & Hart in September, Stephen Sondheim in January, and Cole Porter in April. The music and dance season features Lila Downs, Poncho Sanchez, Buckwheat Zydeco, Eileen Ivers, Mexico’s Delfos Danza Contemporánea, New Zealand’s Black Grace, and Pilobolus. Subscription packages are on sale now. Individual tickets go on sale later this summer. 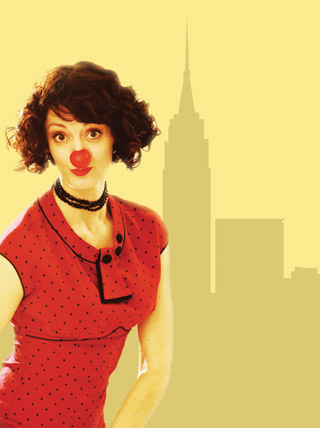 Courtesy of the Ordway‘Blind Date’ is playing at the Ordway’s McKnight
Theater.

“Blind Date,” which opened last week at the Ordway’s McKnight Theater, is a tightrope of a play. Most of it is improvised, and one of the two leads is plucked out of the audience moments before the play begins. Sometimes “plucked out of the audience” means “planted,” but not in this case. We were standing behind show creator/star Rebecca Northan (Mimi) when she struck up a conversation with audience member Sean. (Northan and Julie Orton, who plays Mimi at the matinees, circulate among the crowd in the lobby before the play begins, trolling for possible subjects.) She teased and flirted, he responded like someone who could think on his feet, and moments later Sean was on stage, sweating.

The play begins in a café, where Mimi awaits her blind date. She wears a red dress, red lipstick, and a red clown nose. The stage is divided into two parts: the World-of-the-Theater part, where the play takes place, and the Time-Out part, where Northan and Sean retreated when he needed a break or a bit of coaching. (Here’s where he learned not to mention the clown nose.) At one point during a time-out, Northan asked Sean if he had ever read a “Choose Your Own Adventure” book. In a sense, “Blind Date” is a choose-your-own-adventure play, with Northan, an award-winning Canadian actor and Second City alum, gently but firmly guiding the outcome. We don’t want to give away too much here — the fun is in the surprises — but we get a happy ending. Before then, many laugh-out-loud moments, a few awkward pauses, and the thrill of not knowing what will happen next. “Blind Date” is a fresh and hilarious 90-minute outing with a tender and optimistic heart. Through April 1. For more information and tickets.

The Guthrie has added two plays to the Dowling Studio for the summer and fall of 2012: CoisCéim Dance Theatre’s “Swimming with My Mother” (July 11-22), performed by Irish choreographer David Bolger (“H.M.S. Pinafore”) and his 78-year-old mom, and “The Brothers Size” (Sept. 7-29) by Tarell Alvin McCraney. The second play in McCraney’s acclaimed trilogy, which began with last year’s “In the Red and Brown Water,” brings Gavin Lawrence and James A. Williams back to reprise their roles from the earlier play. A coproduction between Pillsbury House Theatre and the Mount Curve Company. Tickets here and here.

I’m going to try to catch a screening of “Chico & Rita” at the Lagoon between now and Thursday. Directed by Oscar-winning director Fernando Trueba (“Belle Epoque”), this animated story set in Havana, New York, Las Vegas, Hollywood and Paris in the late 1940s and early 1950s is a celebration of Cuba and jazz. The original soundtrack by pianist, bandleader and composer Bebo Valdés features music by Monk, Cole Porter, Dizzy Gillespie and Freddy Cole (Nat’s brother). “Chico & Rita” was a 2012 Oscar nominee. Now through Thursday. Trailer here.

Tomorrow (Wednesday, Feb. 29) is Leap Day. It’s also Arts Advocacy Day, your opportunity to thank those legislators who support the arts and speak with those who don’t. Sign up or just show up. (The online registration form says to sign up by yesterday, but you can still do it today, and Minnesota Citizens for the Arts hopes you will.)

Also on Wednesday, the Weisman is holding an Artists’ Talk with Sharon Louden and Eun-Kyung Suh, who created works for the “Sympathies” exhibit that continues through May 20. Loudon is a New York-based sculptor, installation, and public artist; installation artist Eun-Kyung Suh splits her time between Seoul, Korea and Duluth. Moderated by WAM curator Diane Mullin. 6 p.m. Free. FMI. 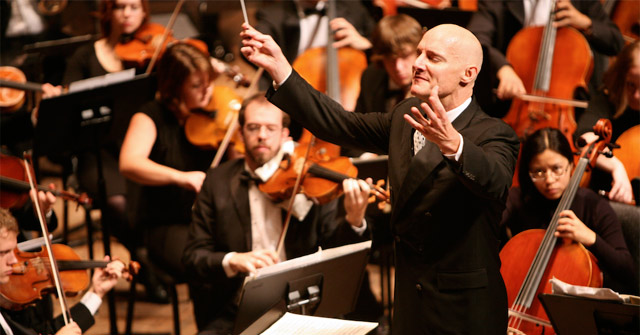 Commissioned for the May 30, 1962, reconsecration of Coventry Cathedral in England (the original 14th-century structure was destroyed in a World War II German bombing raid), Benjamin Britten’s moving “War Requiem” will receive a 50th-anniversary performance on Thursday, March 1, at the Ted Mann Concert Hall. The concert will feature the University of Minnesota School of Music Orchestra and Choirs, members of the Detmold Hochschule für Musik Orchestra and Choir (here from Germany), the Macalester College Concert Choir, the Minnesota Boychoir, and members of Quad City Choral Arts, plus soloists. The “War Requiem” is a large-scale, nonliturgical setting of the Requiem Mass that incorporates settings of poems by Wilfred Owen, England’s great poet of the First World War (“What passing-bells for those who die as cattle? Only the monstrous anger of the guns.”) The concert is part of the 2012 Nobel Peace Prize Forum taking place at Augsburg College and the University of Minnesota March 1-3, which includes many other events worth checking out. A pre-concert talk with conductors Mark Russell Smith and Kathy Saltzman Romey is scheduled for 5 p.m. Concert at 7:30. Tickets here or call 612-624-2345.

We’ve written before about the Vijay Iyer mini-festival at the Walker, happening this Thursday and Friday. I believe this is one of those events that people will talk about for a long time after. Britt Robson’s Strib interview with Iyer here. Tickets here. 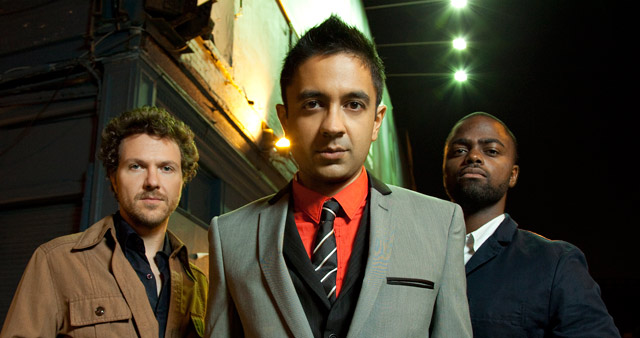 The Cowles Center is hopping. This Friday and Saturday, Mathew Janczewski’s Arena Dances presents “In the ARENA,” with selected works from its repertoire and a world premiere solo work choreographed for Janczewski. Tickets here. On March 9-11, the Stuart Pimsler Dance & Theater will perform Pimsler’s brand-new “We, the Others.” Tickets here. On March 15, the awesome Cantus vocal ensemble premieres “The Singing Revolution: Songs of the Baltic Awakening.” Tickets here. (Cantus will also perform this program in other venues; complete schedule here. A preview of the concert and a free screening of the film documentary that inspired it will be held at 2 p.m. Sunday, March 11, at the Cowles.) And on March 16–17, the Flying Foot Forum celebrates its 20th anniversary with The New Standards. Tickets here. Whew.

Mnartists.org’s Susanna Schouweiler recommends the “Road Work” exhibit at the Independent Film and Photography (IFP) Minnesota Center gallery, especially “Roadside Anthropology,” a collection of photographs by Chuck Avery. Schouweiler writes: “Avery’s images offer a portrait of national self-esteem, the song we sing of ourselves.” His photographs of dioramas, plaques on monuments, and small-town museums reveal something of who we think we are. Through March 21. Free.

For you, photographers: The 2012-2013 McKnight Artist Fellowships for Photographers is now accepting applications. Fellows receive $25,000 to study, reflect, experiment, and explore over a 12-month period with support and assistance from mnartists.org and the McKnight Foundation. FMI.

Planning ahead? Tickets are now available to these hot-ticket events.

Tuesday, Aug. 7, 7:30 p.m.: The Malian musical duo Amadou and Mariam makes its Twin Cities debut. They have opened for Coldplay and U2, collaborated with Gorillaz and Manu Chao, and recorded with TV on the Radio and Nick Zinner of the Yeah, Yeah Yeahs. A mix of Malian blues, rock, pop, West African traditional music and global sounds, presented by the Walker, the Cedar, and Sue McLean. A standing show. (In other words, no chairs.) Tickets here or here.