Sarah Lutman is leaving her position as the Saint Paul Chamber Orchestra‘s president and managing director, the SPCO has announced. Her last day will be March 1. That’s also the day she begins consulting with the SPCO, Ordway Center for the Performing Arts, Minnesota Opera, and Schubert Club, all members of the Arts Partnership and users of the Ordway. Lutman will work with the partnership during the Ordway’s renovation. SPCO Board of Directors chair Dobson West will serve as president for the transition as the orchestra searches for a permanent replacement.

I subscribed to the Schubert Club‘s International Artist Series for several years and always looked forward to their new season announcements — the promise of delicious music. This recital series features superstar classical artists and their accompanists, or small groups (duos, trios, quartets), so it feels very personal and intimate. And it happens in the lovely Ordway.

The 130th Anniversary Season includes the return of violinist Anne-Sophie Mutter and Finnish lyric soprano Karita Mattila, as well as the recital debut of American tenor James Valenti. It won’t be Valenti’s first time on the Ordway’s stage; he recently starred in the Minnesota Opera’s “Werther” (and earlier in “Romeo and Juliet” and “La Bohème”). And several years ago he was a resident artist with the company. But it will be an opportunity to see him without heavy makeup, in what we can assume will be a very well-cut suit. (Maybe because today is Valentine’s Day, I keep wanting to type “James Valentine.”) Also on the schedule: the Schubert Club debut of cellist Alisa Weilerstein, winner of a 2011 MacArthur Foundation Genius Grant, seen last year on the Southern’s stage playing Bach so beautifully I couldn’t breathe.

Still haven’t decided what to do for V-Day? Think outside the heart-shaped box and consider a Victorian Poetry Slam at the James J. Hill House. Actors Craig Johnson, Laura Salveson, and Ann Daly will dress up in 1890s evening wear and read poems of love, temperance, sports and war by Dickinson, Poe, Longfellow and Browning. The reading will be followed by light refreshments and tours of the magnificent stone mansion. 7 p.m. tonight in the drawing room. $10, less for Minnesota Historical Society members. For more information and tickets, go here.

German auteur Wim Wenders has discovered 3D in a big way; he recently vowed to never again make another 2D film. “Pina,” his documentary about influential German choreographer Philippina Bausch, screens at the Showplace Icon at the West End and the AMC Eden Prairie Mall 18 through Thursday, Feb. 16. Some critics love it, others hate it, but if you’re a fan of dance, Pina, and/or Wenders, you might want to check it out. And yes, you’ll have to wear the goofy glasses.

Many Carleton alums in the Twin Cities are curious about the college’s new Weitz Center for Creativity. Starting Friday, Feb. 17, the Carleton College Players will perform the award-winning play “Farragut North” in the center’s theater. Written by Washington insider Beau Willimon, the play is loosely based on Howard Dean’s 2004 Democratic primary campaign. (Willimon worked for Dean during the campaign and when he was governor of Vermont.) Weekends through Feb. 25. Free; reservations recommended at 507-222-4471 or online.

Cirque du Soleil will make its Duluth debut in May with “Quidam,” billed as “a young girl’s escape into a world of imagination.” Which, except for the “young girl” part, could easily describe every Cirque show. Tickets went on sale earlier this month. It’s a short run (May 4-6) at the AMSOIL Arena. Tickets here. Cirque fans may want to join the CirqueClub (it’s free) and watch for offers including upgrades.

The Lakeville Area Arts Center has announced its fifth season of Chamber Music Coffee Concerts, themed “A Time and Place for Music.” The season begins on Sunday, Feb. 19, with the WolfGang, seven musicians who play late Baroque through early Classical music on period instruments. They will recreate a concert of music by J.C. Bach and Carl Friedrich Abel heard in London in 1765 — as best they can, since (duh) no recordings exist. For other concerts in the series, go here and search for “Highview Hills Coffee Concert.” $12 adults/$10 seniors and students. The series is funded in part by legacy money. 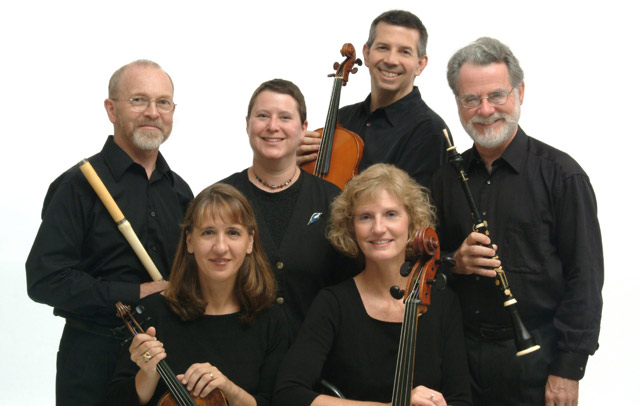 From now until Feb. 17, you can help decide how Minnesota’s public radio stations spend their legacy dollars, which have become a lot harder to get thanks to our current legislature. Do you think the program should fund, for example, artists in residence? Calendars of events? Live performances? Festivals? Interviews? Those are among the many choices presented in the Public Radio Competitive Grants Public Survey. A Vikings stadium is not on the list. Take the survey here.

Combine puppets with rock music, opera, yoga, and stress management, and you get a hot mess — unless you’re the Heart of the Beast Puppet & Mask Theatre. Take the kids (ages 2 and up) to “Monkey Mind Pirates,” a tale of a sea captain on a quest for calm. As kids learn how to deal with doubt, anxiety, and distraction, Mom and Dad might pick up a few tips, too. Created and produced by Z Puppets Rosenshnoz; runs Feb. 18-19 and 25-26. Adults $10, kids $5, or pay what you can.

Artists without health care, say “AAH.” In an article titled “The Revolutionaries,” February’s Minnesota Monthly recognizes 12 Minnesotans who are thinking big. Among them is Laura Zabel, executive director of Springboard for the Arts, whose Artists’ Access to Healthcare (AAH) program is helping uninsured or underinsured artists get the care they need with a combination of health fairs, vouchers, free clinic days, help with emergency medical costs, and partnerships with community clinics. “We can’t solve the health insurance problem in this country,” Zabel told MnMo, “but we can help people go to the doctor when they need to go to the doctor.” More about AAH here.

This year’s Grammys are so last Sunday, but if you missed Andrea Swensson’s blog about local heroes Bon Iver and Dan Wilson, you can catch it at the Current. Jon Bream penned an illuminating interview with Wilson for Sunday’s Strib. (If you weren’t watching the broadcast: Bon Iver won the Grammy for Best New Artist, Wilson for co-producing Adele’s hit album “21,” for which he co-wrote “Someone Like You,” winner of best Pop Solo Performance.)

I tried my hand (more accurately, my pointer finger) at live tweeting during the Grammys and it was a pain. St. Paul’s Nate Patrin summed it up nicely: “OK, livetweeting the Grammys is a no-go because the embarrassing/contemptible b***s*** is outpacing my ability to react to it.” IMHO the Grammys are just getting weirder.