What should Hennepin Avenue look like? How should it feel? How can we honor its history? Starting in March, a series of free public conversations and workshops called “Talk-It Hennepin” will address these questions and more. Earlier this year, Hennepin Theatre Trust (nonprofit owner of the State, Orpheum, Pantages and New Century theatres, therefore a major stakeholder) received an NEA “Our Town” grant to develop plans to reinvent the oldest street in Minneapolis in partnership with the Walker, Artspace (owner/operator of the Cowles Center) and the City of Minneapolis. Tickets are free but RSVPs are requested and limited to available space. For more information and to RSVP, go here.

Want to know more about Hennepin Avenue’s great theaters? This Saturday, Feb. 11, begins a series of hour-long tours. Guides take you inside for peeks, historical perspective, architectural details and fun facts. The Pantages is Saturday’s destination, with others TBA. Schedule and tickets here.

Minnesota Citizens for the Arts (MCA) reports that on Tuesday, “arts advocates in every corner of the state introduced resolutions at their precinct caucuses opposing the use of Legacy funding to pay for a Vikings stadium.”

If you enjoyed last year’s Northern Spark — the free, dusk-to-dawn arts festival that kept people up all night in Minneapolis and St. Paul — open your wallet if you want it to return in 2012. Secrets of the City reports that the organizers are looking for sponsors and have launched a Kickstarter page to help raise funds. This year’s festival is scheduled for June 9-10.

The Gary Busey news ball keeps bouncing. Everyone announced his appearance at the Parkway last Friday for the showing of “The Buddy Holly Story.” Secrets of the City tracked his movements in the hilariously titled “Gary Busey is on the Loosey in Mpls.” A media notice went out about plans for a tribute album and concert with the three McNally Smith alums who played with him at the Parkway. And on Tuesday of this week, word went out that Busey had filed for bankruptcy in Los Angeles. A statement issued by his manager likened Busey to other “great American institutions” experiencing financial stress, such as American Airlines.

And that’s as close to celebrity news as we’re going to get in this space.

Speaking of airlines, musicians are applauding the passage last Friday of the FAA Modernization and Reform Act of 2012, [PDF] which creates a uniform national policy about musical instruments on airplanes. Up to now, airlines have been making their own wildly divergent rules. The American Federation of Musicians issued a press release that puts the bill’s language in plain English: “Any instrument that can be safely stored in the overhead compartment or underneath the seat may be brought on board as carry-on luggage. Additionally, the bill sets standard weight and size requirements for checked instruments, and permits musicians to purchase a seat for oversized instruments, such as cellos, that are too delicate to be checked.” We hope this means fewer sad pictures on Facebook of smashed guitars.

For those who love movies in 3D (a group that doesn’t include film critic Roger Ebert): the IMAX 3D Film Fest at the Minnesota Zoo starts tonight. On the program: “Born to Be Wild 3D,” “Hubble 3D,” and “The Ultimate Wave Tahiti 3D.” Discounted Film Fest tickets are available only at the box office.

For Valentine’s Day, I tend to think “event” instead of “dinner out.” Restaurants can be hit-or-miss on overcrowded holidays. Also, you don’t have to celebrate on Feb. 14, unless someone is a stickler. (And no, V-Day was not invented by Hallmark.) Good ideas:

Get all melty at the Capri’s “Speak Low When You Speak Love” concert on Saturday, Feb. 11 (7 p.m.) or Sunday, Feb. 12 (3 p.m.). Billed as “a musical conversation about love,” it features three singers who can woo me anytime: Dennis Spears, Julius Collins and Dennis Oglesby. With Sanford Moore at the piano, this promises to be, in Spears’ words, “a sweet, warm Valentine with something for everybody.” Tickets here or at 866-811-4111.

For romantics who can swing dance or don’t mind trying: On Saturday, Feb. 11, at the Burnsville Performing Arts Center, Tim Patrick and His Blues Eyes Band will perform love songs by Frank Sinatra, Judy Garland, Rosemary Clooney, Dean Martin and more, with guest vocalists Jennifer Grimm and Debbie O’Keefe. Starts at 7:30 p.m. Tickets in person at the box office ($19) or online. 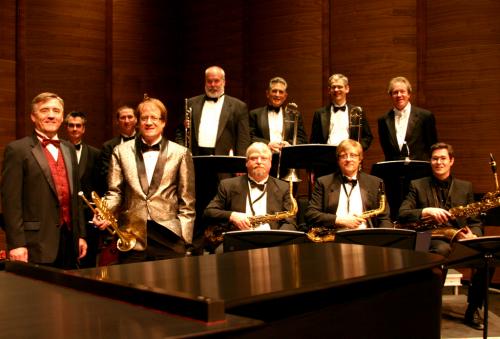 timpatrickmusic.comTim Patrick and His Blues Eyes Band will have audiences swingin’ at the BPAC

If you can’t put your love into words, listen to someone who could: 1922 Nobel Peace Prize winner and Norwegian explorer Fridtjof Nansen, who wrote more than 30 love letters to Minneapolis’s own Brenda Ueland in the year before he died in 1930. Ueland’s step-grandson Eric Utne will read from “Brenda, My Darling: The Love Letters of Fridtjof Nansen to Brenda Ueland” at 12 noon on Sunday, Feb. 12, at Plymouth Congregational Church. Free.

Worth the wait until Feb. 18: Lizz Wright and Kurt Elling at Orchestra Hall. Wright will perform with her band, Elling with his quintet, which includes the amazing pianist Laurence Hobgood. If you want to see Elling on the actual Valentine’s Day, you’ll have to go to Chicago, where he’s headlining a program called “Passion World” with violinist Regina Carter and clarinetist Anat Cohen. Too bad there’s no high-speed train between here and the Windy City. FMI and tickets.

Wait a bit longer and see “Beautiful Thing” at Theater Latté Da opening Friday, Feb. 24. The story of two teenage boys who fall in love, Jonathan Harvey’s play was a hit on London’s West End and became an award-winning film. Latté Da (where I saw the best “La Bohème” of my life, so far) has added the music of the Mamas and the Papas to this already emotionally charged story, with Erin Schwab singing Mama Cass. Schwab is a belter and a very expressive singer who has ripped my heart out more than once. At the Lab Theater. FMI (including, eventually, a play guide) and tickets here.

Not every venue in the Twin Cities is all lovey-dovey this weekend, thank goodness. (I once went to New York City on V-Day weekend. Never again. It was impossible to find anything but love songs in the jazz clubs. By the end of the weekend, my teeth hurt.)

Three things to get excited about:

Friday and Saturday at the Artists’ Quarter: Pianist Bobby Peterson (1950–2002) was loved by all. Each year, the AQ honors his memory with a weekend-long piano showcase that draws great players and crowds. On Friday: Bryan Nichols, Laura Caviani, and Bill Carrothers. On Saturday: Chris Lomheim, Peter Schimke, and Carrothers. I know plenty of people who plan to be there both nights. 9 p.m., $12 at the door.

Friday-Sunday at the Ordway: Upshaw, Dennehy and Beethoven. The SPCO and soprano Dawn Upshaw present the world premiere of “If he died, what then,” a new work (and SPCO commission) by young Irish composer Donnacha Dennehy. The topic is the Irish famine, so don’t expect cheering up, but do expect to be drawn in by the luminous Upshaw. Also on the program: Michael Tippett’s Divertimento on “Sellinger’s Round,” Britten’s Prelude and Fugue, and Beethoven’s first symphony. Friday and Saturday at the Ordway, Sunday afternoon at the Ted Mann. FMI and tickets.

I wish I had seen “The Dragons Are Singing Tonight” earlier so I could have written about it sooner. This is its final weekend at the Southern, and all four remaining shows are sold out. (I was there Wednesday morning in a sea of schoolchildren, most of whom were riveted by the performance.) Based on Jack Prelutsky’s book of dragon poems, with music by New Hampshire-based composer Laurie MacGregor and story by Markell Kiefer, produced by TigerLion Arts, it’s enchanting. Puppets, aerialists from Circus Juventas, the Minnesota Boychoir, actors (including the marvelous Elise Langer and Tyson Forbes, who together played the role of the dragon — too hard to explain here, but it worked), and live music by a band of 12 musicians combined in a strong performance with moments of genuine theatrical magic and a message that didn’t hit you over the head. The score could have used a bit less unison and more orchestration, but that’s a minor quibble. Let’s hope for a return of what was a world premiere.