When John Cowles Jr. died on Saturday, shortly before 8 p.m., I happened to be at the Cowles Center, waiting for the Flying Foot Forum and the New Standards to take the stage. The night before, I was at the Guthrie, another Cowles achievement, for “Hay Fever.” Full houses both nights, enjoying the fruits of Cowles’ philanthropy and his commitment to the arts and culture in the Twin Cities.

Cowles and his wife, Sage, also supported the Minnesota Orchestra, the Walker Art Center, the Minneapolis Sculpture Garden, the Barbara Barker Center for Dance at the University of Minnesota, and who knows how many other arts organizations. (They supported MinnPost, too.) Thank you, Mr. Cowles. We’ll miss you.

Last week, the University of Minnesota American Indian Studies Department launched the Ojibwe People’s Dictionary, an online resource for teaching and preserving an indigenous language spoken by more than 200,000 people in the Great Lakes region and Canada. An earlier print edition contains 7,000 words; the online version currently has 30,000 words and 60,000 audio clips. A free and public launch party takes place on Monday, April 2, from 4 to 6 p.m. in the McNamara Alumni Center’s Maroon and Gold Room. Ojibwe elders who contributed to the project will attend.

Meanwhile, Encyclopedia Britannica announced that it will no longer publish a print edition. This left me feeling melancholic. Not that long ago, a set of encyclopedias stood for an educated home, or a home in which the parents wanted better lives for their children. Encyclopedia salesmen went door-to-door pitching that very idea.

Britannica was the gold standard — the biggest, best, and most scholarly. If you couldn’t afford it, or your kids were younger, you bought the World Book (which still publishes a print edition). If you couldn’t afford the World Book, you bought the Collier’s or the Compton’s, the Americana or the Funk & Wagnalls. I have vague memories of inexpensive encyclopedias sold in grocery stories, with a new volume available each month. I grew up with the World Book, but I wanted the Britannica so badly in my 20s that I bought a set under suspicious circumstances, and that’s all I’m going to say about that.

The day after the Britannica bomb, I received an email offering a “final chance to own an Encyclopedia Britannica print set.” As of last week, about 4,000 copies of the most recent (2010) edition were available for $1,395 each. Tempting, but so 2010. Like everyone else these days, I want brand-new information. I view Wikipedia with a gimlet eye, but I use it, and it’s fast. Within hours (maybe moments) of Britannica’s announcement, someone had updated Wikipedia’s “Encyclopedia Britannica” entry. And early Monday morning, someone did the same for “John Cowles, Jr.” 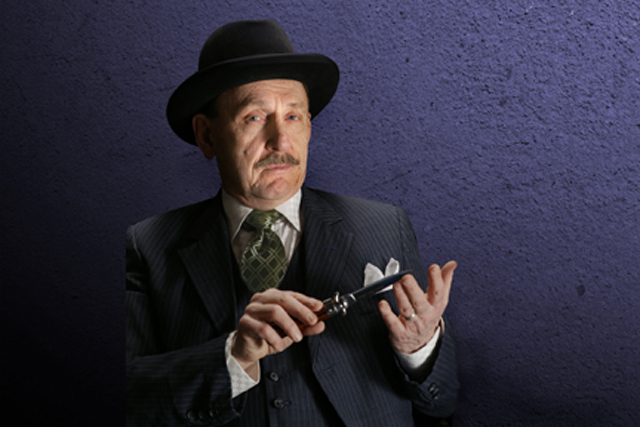 Park Square Theatre has announced a strong 2012-2013 season, a feast of area and regional premieres. Opening Sept. 21: “Red,” a psychological portrait of artist Mark Rothko, which debuted on Broadway in 2010. Opening Oct. 26: a new production of “King Lear” starring Raye Birk and set against the backdrop of Prohibition. In December: a revival of the Park Square fave “2 Pianos 4 Hands.” Michael Pearce Donnelly and Peter Vitale will reprise their roles; Tom Frey will return from NYC to direct.

In January 2013: “Johnny Baseball,” a musical, from the team who created “A Year with Frog and Toad” for the Children’s Theatre Company in 2002. Opening March 1: “Or” by Liz Duffy Adams, another playwright with CTC connections (“Buccaneers!”). Opening May 1: “Stick Fly” by Lydia Diamond, a tale of family relationships. The season closes in June with “Sherlock Holmes and the Suicide Club,” a new script by Jeffrey Hatcher (who wrote CTC’s “Korczak’s Children”). Season tickets are on sale now.

The Park Square is located in St. Paul’s historic Hamm Building, the same imposing limestone and brick building that houses Meritage, the Great Waters Brewing Co., the Music Room at SPCO Center, and the Artists’ Quarter jazz club (in the basement). The building faces St. Peter St. and the 7th Place Pedestrian Mall. The mall could use some TLC. The lighted arch over the entrance on St. Peter has burned-out bulbs, there’s trash on the mall, and it’s a favorite hang for late-night panhandlers. It can feel kind of lonely when you’re walking to your car. Lowertown is getting a lot of attention lately; St. Paul, please bring a broom or two and some security to that mall.

German violinist Christian Tetzlaff will not be performing with the St. Paul Chamber Orchestra this Thursday through Sunday, as originally scheduled. After playing with the Minnesota Orchestra on Friday, Tetzlaff flew home to Germany for a family emergency, which forced cancellation of Saturday’s concert with the Orchestra, Monday’s solo Schubert Club recital, and the SPCO gigs, which will now feature American violinist Soovin Kim. If you’re holding SPCO tickets and want to exchange them, call 651-290-1144.

Good news on the local arts scene: Graywolf Press in Minneapolis has won its third National Book Critics Circle award, this time for Geoff Dyer’s essay collection, “Otherwise Known as the Human Condition.” The Minnesota Opera closed its 2011-12 season with 6,044 subscribers, a 10-year high. The subscription model may be dead, but don’t tell that to opera buffs. The 2012-13 season is on sale now. And the Minnesota State Arts Board recently awarded more than $1 million in grants to 140 Minnesota artists. The grants went to musicians, composers, novelists, poets, sculptors, singers, ceramic artists, painters, photographers, dancers, animators, picture-book writers, metal fabricators, and a creator of kimonos.

Reasons to see the 802 Tour at its exclusive Walker engagement this week: Nico Muhly, an astonishingly talented, appallingly young composer whose credits to date include the motion-picture soundtrack for “The Reader,” arrangements for Antony and the Johnsons, collaborations with Björk and Philip Glass, and an opera. Sam Amidon, who turns folk songs into scary movies. If he sings “The Two Sisters,” I might run out of the room. Nadia Sirota, who plays viola so brilliantly that you’ll never laugh at another viola joke. I saw all three at the Southern in 2010 and that concert was a revelation for me. Also on the bill: pianist/singer Doveman (Thomas Bartlett) and the Twin Cities’ own Laurels String Quartet, the go-to group for people like Dessa, Adam Levy, the New Standards, and Jeremy Messersmith. Thursday and Friday, March 22-23, 8 p.m. Tickets here. 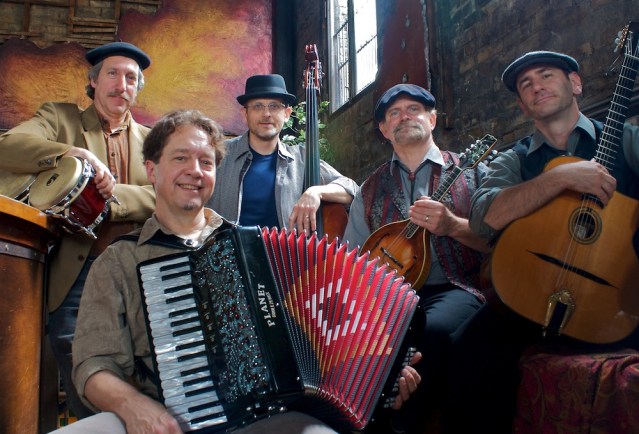 Whether playing gypsy-influenced valse-musette, ballads, tangos, or swing, the Café Accordion Orchestra is a guaranteed good time. Led by accordionist/vocalist Dan Newton, aka Daddy Squeeze, CAO’s music is romantic, danceable, and fun. This Friday, CAO heads to Mahtomedi’s Chautauqua Fine Arts Center for the Cinema Concert, an evening of music from movies, most with film clips. If you’re a CAO groupie, you’ll recognize tunes from their 2006 release, “Cinema.” They’re adding selections from “The Fantastic Flying Books of Mr. Morris Lessmore” (winner of the 2012 Oscar for animated short film), “Midnight in Paris,” and “Hugo.” Doors at 6:45 p.m., cartoons at 7, show begins at 7:30. Tickets here.

Also at the Heights tomorrow, March 21: The 40th anniversary of “Harold and Maude.” You know you want to go.

Live, in-the-flesh-and-tutus ballet comes to the Orpheum Friday and Saturday, when the Houston Ballet performs two evenings of repertoire. Part of the Northrop Dance 2011-12 season, which has moved downtown during Northrop’s reno, Houston is classic and contemporary, heir to both the Balanchine and Ballet Russe legacies. Promo video here. 8 p.m. Friday-Saturday, March 23-24. Performance preview at Solera both nights, 6:30 p.m. FMI and tickets. Kids come free; use promo code KIDS FREE. Buy in person at the State Theatre box office and save on fees.

Opening March 23 at the Lab: The MovingCompany’s “Werther & Lotte: The Passion and the Sorrow.” Tickets here. Closing April 1: “Blind Date” at the Ordway. Read Derek Nelson’s account about how getting picked to play opposite Mimi changed his life. Tickets here.

Hennepin Theatre Trust previewed its 2012-2013 season last Thursday at a free event that drew thousands to the State after work. We ate sliders and apps from the Capital Grille, drank wine, watched a film presentation with clips from “Beauty and the Beast,” “Priscilla Queen of the Desert,” “The Book of Mormon,” and other shows, listened to speakers, and saw three numbers from “Flashdance” performed live. And, if that weren’t enough, a preview of “War Horse” trotted out the main character, the horse named Joey — a puppet, and the most amazing puppet I’ve ever seen. No wonder this show is a knockout in London and New York. 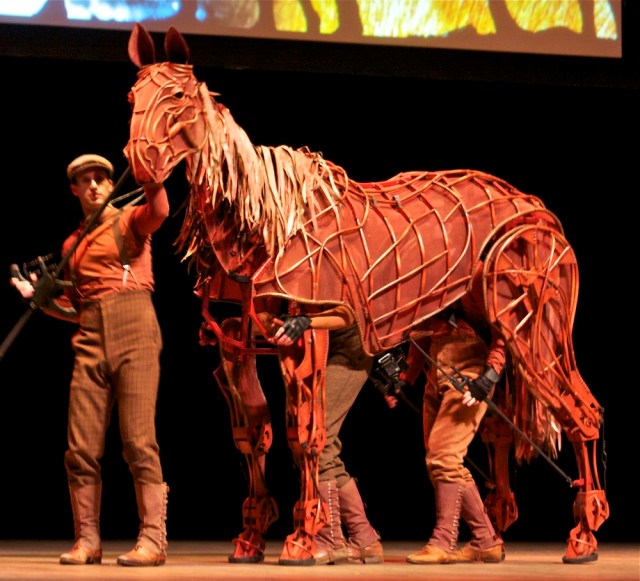 “Hay Fever” at the Guthrie is perfection. We laughed ourselves silly for two hours on Friday. All hail Noël Coward, who penned this hilarious masterpiece of family dysfunction at the tender age of 26. (Last week, the magnificent Accordo performed a string trio Beethoven wrote at 25. Admit it, the rest of us are putzes.) If you go to “Hay Fever,” watch for Barbara Bryne’s solo turn in the second act. As the Bliss family’s maid, Clara, she clears the breakfast dishes, humming to herself. Each step, each gesture is a reminder of why Bryne is one of our most cherished actors. Through April 22. FMI and tickets.

On Friday and Saturday, Joe Chvala and the Flying Foot Forum celebrated their 20th year with a performance that was part percussive dance, part tender reunion, part New Standards concert, all party. At one point, there were 27 people on stage: dancers, musicians, singers. We were there on Saturday, while St. Patrick’s Day raged along Hennepin with drunks, party buses, and roving bands of ne’er-do-wells and the temperature hovered around 70. Commenting on the weather, the Standards’ Chan Poling said, “I feel the wrath of God is coming upon us, in a very pleasant sort of way.”

I’ve thought a lot about Harry Belafonte since Thursday, when we saw the profoundly moving biographical documentary, “Sing Your Song,” at the Walker, after which Belafonte spoke to the audience for over an hour. (The Film Society has “Sing Your Song” at the St. Anthony Main Theater through Thursday. Go if you can.) Belafonte talked a lot about his experience in the theater and what he thinks it’s for: to teach, elevate, and serve the truth. Too bad Mike Daisey doesn’t see it that way.

Tonight: “Edward S. Curtis: Coming to the Light” screens at 6 p.m. at the Rapson Hall Auditorium, 89 Church St. SE on the U of M’s Minneapolis campus. Light refreshments at 5:30. Called the “Shadow Catcher” by some tribes, Curtis took over 400,000 images of over 80 American Indian tribal groups. Free.