The Minnesota Orchestra has announced the 2012-13 “Inside the Classics” season. This is the sixth year of the popular series that spotlights one major work per concert. The first half is a lively discussion between conductor Sarah Hicks and host/violist Sam Bergman about the composer, the music, and the orchestra, with musical examples; the second half is a full performance of the featured work. A blog on the Orchestra’s website includes posts by Hicks and Bergman, video previews, and occasional posts by guest artists.

On Feb. 8, 2013, “Inside the Classics” will look at Brahms’ First Symphony. On April 19, the topic will be Prokofiev’s 1935 ballet score “Romeo and Juliet.” Both concerts will take place at the Minneapolis Convention Center. The season finale on July 25, one of the first events scheduled for the renovated Orchestra Hall, will premiere a new work based on Britten’s “Young Person’s Guide to the Orchestra.” Series tickets are now available. Single tickets go on sale Sept. 7. 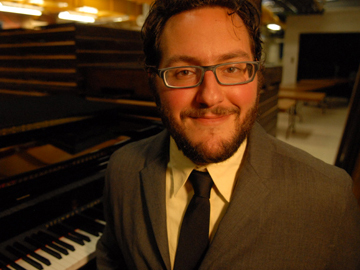 Courtesy of the Minnesota OrchestraJudd Greenstein

The 2011-12 “Inside the Classics” season ends next weekend with the world premiere of a new work commissioned by the Minnesota Orchestra, created by an emerging composer and paid for by Minnesotans, maybe including you. New York composer Judd Greenstein’s “Acadia” is the Orchestra’s first “musical microcommission.” Starting in 2010, the public was invited to make small donations to fund the creation of a new orchestral work. By September 2011, the Orchestra surpassed its $20,000 fundraising goal. More than 400 individuals contributed anywhere from $1 to $1500, with most of the money coming in online.

Sound like Kickstarter? That was one of Hicks’ inspirations for the project. She also looked at microfunding/microfinance sites like Kiva that help get businesses up and running. “I thought — how interesting it would be to bring a lot of people on board to fund a commission,” Hicks told MinnPost earlier this week. “I liked the from-the-ground-up, grassroots idea. What if we had hundreds of people making small donations? Then you have a sense of ownership of a piece. I don’t think this has ever been done with an orchestra before. It’s a whole different way of approaching classical music. It belongs to everyone, literally.”

Why Judd Greenstein? “As we talked to people around the country, Judd’s name came up many, many times. He’s clearly one of the go-getters who realize that you have to be more than a great composer; you also have to find creative ways to get your music performed. I like that he brings in contemporary pop influences. That’s part of his musical background, which speaks to me a lot, as someone who wants to push the symphonic genre into the future. That’s the kind of compositional approach I appreciate and thought audiences might respond to.”

On the “Inside the Classics” blog, Bergman writes that his “Acadia” part is “not in the least easy to play.”

“It is a challenging work,” Hicks admitted. “There are technical challenges for all of the instruments. It’s an enormous score for full orchestra. As in any 21st-century work, composers push the envelope. For me, that’s part of the fun. It’s always interesting to put something new in front of the orchestra and see how they react.

“Greenstein writes tremendously accessible music. He’s a very tonal composer. He likes big, parallel chords, and a slightly jazzy feel. There are points of real beauty, and a transparency to his writing that allows the beautiful things to come out.”

On the heels of last week’s news about the Minnesota Opera’s successful 2011-12 season, president and general director Allan Naplan has resigned for personal reasons. Naplan has been with the company for a little over a year; previously, he was general director of Madison Opera. Production director Kevin Ramach has been appointed interim managing director. MPR’s Euan Kerr has more.

The McKnight Foundation has hired Sarah Lovan as arts program officer. Lovan has been an arts program administrator since 2007, and before then worked at MCAD as events and special projects coordinator. She assumes her new responsibilities on Monday.

From the Proud to Be a Minnesotan Dept.: Pulitzer and Grammy-winning composer and longtime Minnesota resident Dominick Argento turns 85 this year, and the University of Maryland School of Music is holding a month-long celebration of his vocal works with operas, concerts, recitals, discussions, and a master class with Frederica von Stade. FMI. Cuban pianist/composer Nachito Herrera, who has lived in Minnesota since 2001, has been selected to receive the American Heritage Award, the highest honor granted by the American Immigration Council. The last musician to receive this award was Carlos Santana. One more: The NEA’s Big Read currently features Louise Erdrich’s “Love Medicine.”

This weekend at the Cowles: Minnesota Dance Theatre (MDT) celebrates its 50th anniversary season with the regional premiere of “La Cathédrale Engloutie (The Sunken Cathedral),” choreographed by Jiri Kylian and set to the sound of wild ocean waves and fragments of Debussy’s music; the restaging of MDT founder Loyce Houlton’s “Ancient Air,” set to George Crumb’s “Ancient Voices of Children” and complete with trapeze action; and the reprise of “Point of Departure,” choreographed by Lise Houlton and set to Haydn’s Symphony No. 45. (Coming up April 26-28: “Carmina Burana.” O fortuna!) 8 p.m. tonight and Saturday, 2 p.m. Sunday. FMI and tickets. 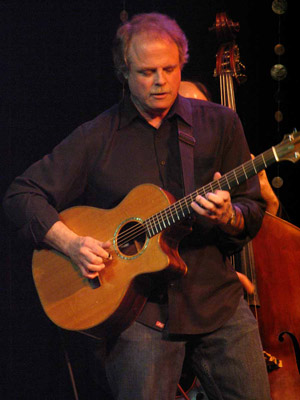 On Saturday night at the Fitz, Grammy-winning guitarist Pat Donohue pays tribute to the blues with Guy Davis, Jearlyn Steele, and a band of great musicians in “The Blues Profiles,” a program that also features film footage and stories. 8 p.m. FMI and tickets.

On Sunday afternoon at the Minneapolis Institute of Arts, anthropologist and African Arts expert Wyatt MacGaffey will give a lecture on African art, specifically the power figures of western Central Africa collectively known as “minkisi.” 2 p.m.  FMI and tickets.

So you’ve always wanted to write a musical — or you’ve written one but haven’t dared show it to anyone. Join the New Musical Theater Exchange for a special event on Monday at the Playwrights’ Center. Open to musicians, songwriters, composers, arrangers, bookwriters, and lyricists, the evening will feature discussion, networking, desserts and coffee. 7 p.m. FMI. Free.

Whittier Artists in Storefronts places original installations by neighborhood artists in storefront windows on and around Eat Street. If you live, work, or attend school in Whittier, you’re eligible to apply. Applications must be postmarked by April 7, 2012. FMI.

During the post-show discussion at Park Square Theatre on Wednesday, director Marion McClinton described Carlyle Brown’s “American Family” as “a play that could only happen in America.” In 1964 in Alabama, a confident, carefree 9-year-old white girl is taken from her loving family after her mother is judged unfit for marrying a black man. In 1979, now an adult, bitter and lost, she returns to meet her mixed-race half brother for the first time.

We care about these richly dimensional characters from the start. Even the racist, redneck Billy Collins (John Middleton) is more than just a caricature. Playwright Brown is part of the cast, stepping in for James A. Williams, who was offered a role at New York’s Signature Theater. Thirteen-year-old Megan Fischer, fresh from “Ragtime,” is exceptional as the young Mary Ellen.

This is a play that makes you feel and think: about family, about race, about how far we have come (in some ways) since 1964, about how we’re still stuck on telling people how to live their lives. After the performance, Brown drew parallels to the current gay marriage controversy. Commissioned by Park Square, in previews since March 16, “American Family” opens tonight and ends April 7. FMI and tickets.

On Tuesday at the Dakota, guitar hero Al Di Meola (Return to Forever) and incandescent Cuban pianist Gonzalo Rubalcaba came together on the Dakota’s stage for their first-ever live performances as a duo. Rubalcaba is featured on Di Meola’s latest CD, “Pursuit of Radical Rhapsody,” and Di Meola described their current tour as “a dream come true.” Maybe because it’s still so early in the tour, I found the second set lacking. Not in virtuosity — there was plenty of that — but in the kind of communication with the audience that happens in the great performances, the emotional connection between artist and listener. It seemed that Di Meola and Rubalcaba played mostly to and for each other. I heard a lot of notes, but I didn’t feel them.

For “Wizard of Oz — The Ballet” at the Burnsville Performing Arts Center on May 11-13. For eclectic musical adventurer David Lindley at the Cedar on Tuesday, May 22. For “Under the Streetlamp,” featuring recent star cast members from Tony winner “Jersey Boys,” at the Pantages on June 17. For Merle Haggard and Kris Kristofferson at the State on Wednesday, July 25. Tickets on sale March 30 for Crosby, Stills & Nash at the Orpheum on Aug. 6. (That’s all we know at the moment, therefore no link.)

On Sunday, jazz singer Connie Evingson and senior minister James Germenian will lead the monthly Healing Minnesota service at Plymouth Congregational Church. Germenian is committed to opposing the marriage amendment; on March 11, Plymouth Church members voted to oppose it through the group Plymouth United for All Families. 5 p.m. Free. FMI. 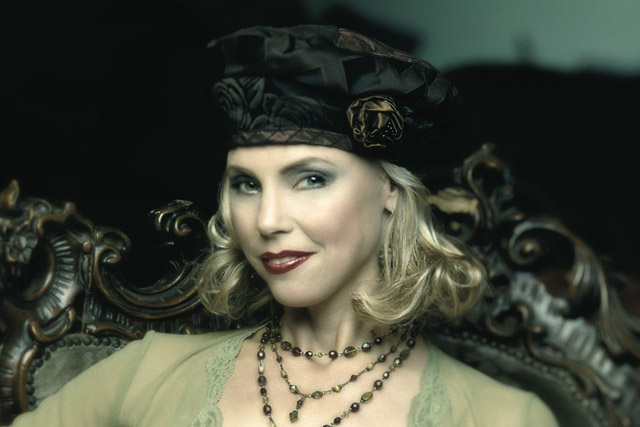 On Monday, History of Hip presents Scary Movie Night at Clubhouse Jager. Our own Andy Sturdevant hosts an evening of thrills and chills drawn from classics including “Return of the Living Dead” and “Trauma,” shot in and around Minneapolis. Sam Thomson, whose feature-length Minneapolis horror film “Living Arrangements” tells of vegans who live with a werewolf in their attic, joins the conversation. 21 and up. Free. FMI.

It’s a month out, but you might want to make your reservations now for the No White Fashion Show at the Weisman on April 25. Presented in conjunction with Northrop Concerts and Lectures and in response to the Ballet Preljocaj’s production of “Snow White” (scheduled for the Orpheum on April 13-14), it “will showcase the work of sixteen University of Minnesota student designers who focus on the villainy, murder, passion and deception that underpin our most beloved fairy tales.” Free.