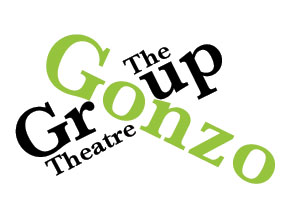 There’s theater, and there’s St. Paul’s GonzoGroup Theatre, which yesterday announced a new season, a new home, and a new model: No more set ticket prices, all proceeds to charity.

GonzoGroup is not the first Twin Cities theater to throw ticket prices to the wind. That was probably Mixed Blood in 2011. Its “Radical Hospitality” model offers a significant number of first-come, first-served no-cost seats for each main stage production. At the Pillsbury House Theatre, the acclaimed and provocative play “Buzzer” is “pay what you can,” starting at $5 (“Buzzer” ends March 18, BTW).

GonzoGroup’s “Anything is Something” ticketing means “give at a level comfortable for you.” The new season, starting in April, features three shows, so three charities will benefit. The spring show, “Art” by Yasmina Reza, translated by Christopher Hampton (who will be all over the Guthrie this fall), will run at the theater’s new home, the Baroque Room in Lowertown (more about that below). Proceeds from “Art” will support the Friends of the Saint Paul Public Library. The summer show, Aristophanes’ “The Frogs,” will be performed (appropriately) in Frogtown parking lots along the Central Corridor Light Rail Line. In September, Chekhov’s “The Seagull” will alight back at the Baroque Room.

Now, what’s the Baroque Room? I had heard about a new venue in St. Paul in the same building on the same floor as Zeitgeist’s Studio Z (the Northwestern Building at the corner of Fourth Street East and Wall Street, facing the new light-rail tracks) but hadn’t yet seen it. On a late Sunday afternoon in February, following a performance of Keys Please! at Studio Z, my husband and I wandered down the hall to check it out. Coincidentally, pianist Ling-Ju Lai had played a concert there at 3 p.m. and the doors were still open. Violinist Marc Levine, who runs the place with his wife, harpsichordist Tami Morse (together they’re known as Flying Forms, a baroque chamber music ensemble), was happy to tell us about it. 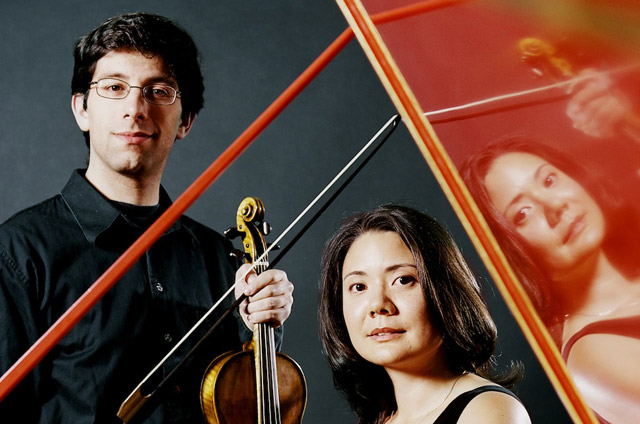 Minimalist, clean, and welcoming, freshly built out with support from the Lowertown Future Fund, St. Paul Cultural STAR and private donations, the Baroque Room is an acoustically resonant space that seats about 80 and is available to rent by artists, who may use two fine instruments on loan from the Schubert Club: a William Dowd double-manual Franco-Flemish harpsichord and a Raudenbush & Sons grand piano. The space is designed specifically for intimate chamber music performances on period instruments but may also be used for lectures, workshops, recitals, rehearsals and (now) theater. On Saturday, March 10, Flying Forms plays “The Music of France” at 8 p.m., a program of intricate, ornamented works by Couperin, Rameau, Senaille and de la Guerre, with guest Tulio Rondón on viola da gamba. Earlier that day, at noon, you can attend a preview of the concert for free as part of the Baroque Room’s Market Music series. FMI, calendar, and tickets here.

Stuart Pimsler Dance & Theater performs its home season this weekend at the Cowles Center. The program includes repertory pieces “Ways to Be Hold” (bring Kleenex; here’s a YouTube clip) and “Tales from the Book of Longing,�� which mixes words by Pimsler and Leonard Cohen with music, plus a new work, “We, the Others.” Rohan Preston wrote a preview for the Strib, Erik Martz for the Daily Planet. Friday-Sunday, tickets here. 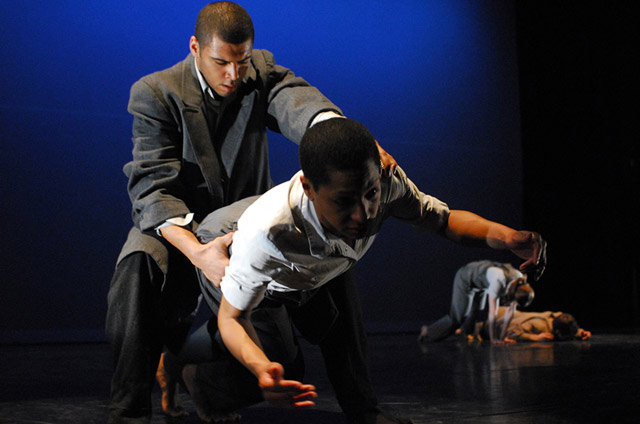 The SPCO is dangling a crunchy carrot in front of our noses: a $50 season pass to all remaining concerts in the 2011-12 season. A lot of music happens between now and early June, when the season ends. This may be the second-best arts deal in the Twin Cities, after “free.” Go here or call 651-291-1144. Offer ends March 30.

On Saturday at 11 a.m.: Poetry in a bakery. Kitchen Poets Vault (KPV), a St. Paul-based performance group operating out of Saint Agnes Bakery in St. Paul, is having its annual gala, “a combination of storytelling, music, mud poetry, music and a bona fide free lunch” (pizza; bring toppings). KPV was created by baker Danny Klecko and artist/author Mike Finley as a way to get literary work out of the salon and into everyday life. More on the Line.

Since opening in August 2004, the Grand Hand Gallery in St. Paul has felt like home to those who appreciate fine American craft. Owner Ann Ruhr Pifer, a former commercial banker, has a good eye and a strong commitment to artists of the upper Midwest. If you attend the Uptown Art Fair, the St. Kate’s Art Fair, the ACC, the Minnesota Potters Tour or other studio tours, you’ll recognize many of the artists she represents. Opening Saturday: “A Sense of Place” featuring work by Peter Jadoonath (clay), Ruth Oseid Johnson (painting), and Joel Nichols and Peter Wright (furniture). I’ve long been a fan of Jadoonath’s richly textured pots and sculptural pieces. Reception from 5 p.m. until 7. Artists will be present, appetizers and wine will be served. 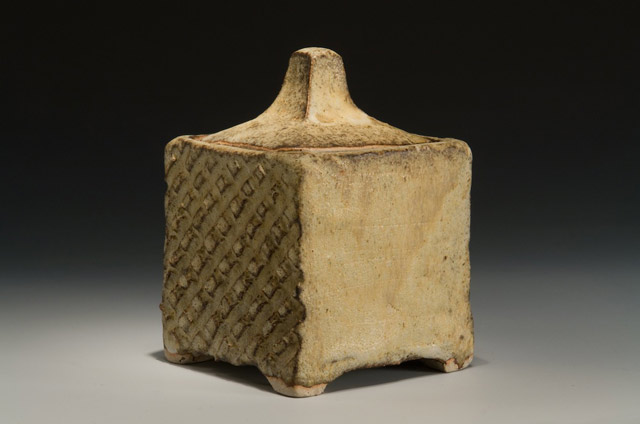 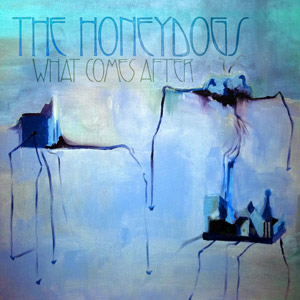 The Honeydogs will release their tenth studio album, “What Comes After,” on Saturday in First Ave’s main room. $1 from each ticket will go to a memorial for Daniel Levy, frontman Adam Levy’s son, who died in January. Chris Reimenschneider talks with Levy here. Nod your head and tap your feet to Ryan Paul Piewacki’s video of the CD’s first single, “Aubben.” CD release show tickets here.

On Monday, Ivey winner Regina Marie Williams will launch her new CD, “When a Woman Loves a Man,” with a live performance at the Dakota. Williams can act, she can sing, she can swing and she can wrap an audience around her elegant little finger. In April, she returns to the Park Square Theater for “Doubt, A Parable.” Highlights from the CD: “Sugar in My Bowl,” “My Funny Valentine,” and Billy Strayhorn’s “Lush Life,” a tough song to sing. Dakota show at 7 p.m. Tickets here.

Look for a new restaurant-avec-music-venue on Eat Street sometime this May. Matthew Bickford and Mike Ryan of Be’wiched Deli are planning lunch, dinner, and live music for their second restaurant, Icehouse, currently under construction on the site of the former Sinbad’s Café and Market at 25th and Nicollet. If things I’m hearing are true, there will be cause for celebration in the jazz community.

For you, musicians: The Cedar has received a grant from the Jerome Foundation for a second round of its 416 Commissions concerts. (There’s nothing too mysterious about the number; it’s the Cedar’s address on, duh, Cedar Ave.) Seven local artists will be chosen through a jury process to create and perform new music. Each will be paid $2000 plus a $500 stipend for production expenses. Application deadline March 29. Go here FMI. Last year’s artists (the “416 Club”) included Adam Levy, Jacqueline Ultan, Dessa, and Aby Wolf.

Tickets go on sale today for:

Tickets go on sale Saturday at noon for electronic artist Amon Tobin at the Orpheum on Sept. 6, and Wednesday at noon for Pink Martini at the Fitz on April 17.