Over the next two weeks, German violinist Christian Tetzlaff will perform three different concerts in the Twin Cities: for the Minnesota Orchestra, the Saint Paul Chamber Orchestra and the Schubert Club.

As recently as 2005, it was not OK for soprano Deborah Voigt to perform for two Twin Cities presenters within the same season. When the Schubert Club announced that Voigt would give a recital at the Ordway on Nov. 5, the Minnesota Orchestra forced a cancellation, citing a previously booked May 2006 appearance with an exclusivity clause.

What’s changed since then? Have presenters learned to play well together? Are exclusivity clauses going away? Does it depend on the artist?

We asked Barry Kempton, the Schubert Club’s artistic director since February. (Previously he ran the London Sinfonia, and before then he was the SPCO’s artistic planner and general manager.)

“My understanding is that since that occasion, things have come a long way in terms of collaboration between organizations,” Kempton said by phone on Monday. “I don’t know who initiated the idea, but I think that between my predecessor here [Kathleen van Bergen] and the SPCO and the Orchestra, the idea of doing something around an artist which featured all of his skills was embraced and interesting to all partners. Christian Tetzlaff is world-class as a concert soloist, as a recitalist, and as a conductor/director from the violin position. That’s very interesting.

“This kind of collaborative idea happened once before when I was at the SPCO. [The Schubert Club’s] Bruce Carlson got in touch with us and suggested we do something collaborative around the pianist Ivan Moravec. He came and did recitals for both the Schubert Club and the SPCO. So the concept had been addressed before. But this is the first time that all three organizations have done something together. It’s an experiment, but we’re already hopeful that there is heightened interest in Tetzlaff as an artist and all three organizations will benefit from this little mini-festival.”

Tetzlaff will perform Szymanowski’s Violin Concerto No. 1 with the Minnesota Orchestra this Friday and Saturday, March 16 and 17, at 8 p.m. Tickets here and here. For the Schubert Club, he will give a solo recital (Ysaÿe, Bach, Bartok) at the Ted Mann Concert Hall on Monday, March 19, at 8 p.m. Tickets here. Next week, he will play Mozart and Enescu with the SPCO at Temple Israel (7:30 p.m. Thursday, March 22), Wayzata Community Church (8 p.m. Wednesday, March 23), and Benson Great Hall in Arden Hills (2 p.m. Sunday, March 25). Tickets here. Read Graydon Royce’s interview with this fascinating artist here.

Talk of collaboration leads naturally to Kate Nordstrum, who left the Southern Theater last May following its financial meltdown, then launched Kate Nordstrum Projects. Nordstrum works with Northrop Concerts & Lectures and the Schubert Club to present Accordo, the acclaimed Minnesota-based chamber group that played last night at Christ Church Lutheran in Minneapolis (and returns in May; it’s not too soon to buy tickets for that performance). On Thursday and Friday, March 22 and 23, the Walker Art Center will host the 802 Tour, a collaboration between the Walker and Kate Nordstrum Projects. Named for the area code they share (all are old friends from Vermont), the group includes composer Nico Muhly, avant-folkie Sam Amidon, ambient singer-songwriter Doveman (Thomas Bartlett), and violist Nadia Sirota. The Twin Cities’ own Laurels String Quartet will join them on stage at the McGuire. Highly recommended; tickets here. 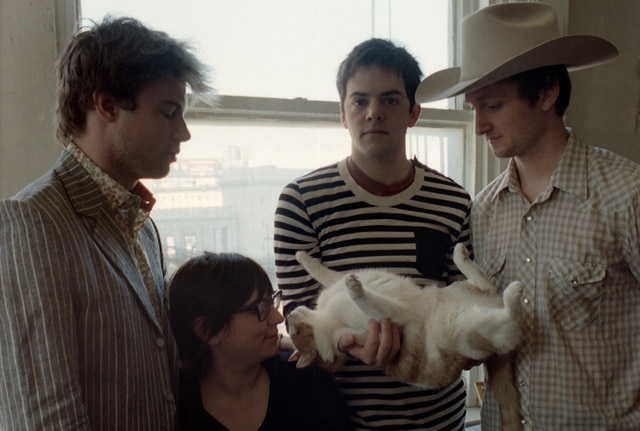 Courtesy of Brassland/Matt Luem802 Tour will perform with the Laurels String Quartet at the Walker.

On Thursday, March 29, Kate Nordstrum Projects and New Amsterdam Records will present composer William Brittelle, violist Sirota, pianist Michael Mizrahi, and musicians from the Minnesota Orchestra at the Bryant Lake Bowl, performing new works by Judd Greenstein, Muhly, Missy Mazzoli, Brittelle, and others. On Friday and Saturday, March 30 and 31, Greenstein will be at Orchestra Hall for the world premiere of “Acadia,” his new work for full orchestra. (More about that next week.)

For the BLB event, Nordstrum said by phone yesterday, the Minnesota Orchestra has been a “helpful partner. Judd [Greenstein] and I were interested in showing another side of the work he does. We reached out to the orchestra to make sure there wouldn’t be a conflict of interest. They have actually been enthusiastic about it, including featuring it on their website.”

That probably wouldn’t have happened in 2005. “There was a perception, and still is among some organizations, that collaboration is a sign of weakness,” Nordstrum said. “But I see that less and less. There is a spirit of collaboration and a willingness to participate. People are realizing that more can be accomplished with a greater number of voices at the table.”

A smaller than expected crowd attended Arts Advocacy Day on Feb. 29, which might have had something to do with the first serious snowstorm of the winter so far. According to Minnesota Citizens for the Arts, “only a few legislators are now seriously talking about using Legacy funding for the stadium … saying that ‘it’s not worth the trouble.’ ” Which doesn’t mean that Legacy money will now be allowed to do what we the people voted for. There’s a new movement afoot to divert arts Legacy funding to pay for renovations to the state Capitol. If that bothers you, go here. 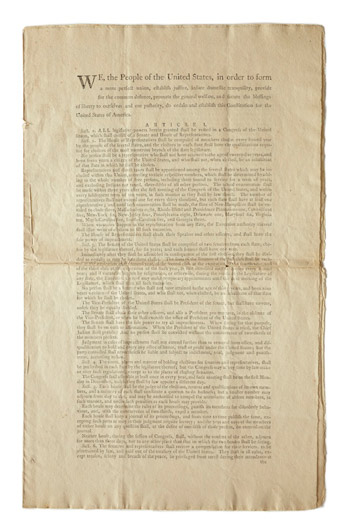 The Minnesota History Center has announced an upcoming exhibit: “We the People: The First Official Printing of the U.S. Constitution Presented by Thomson Reuters.” Opening Tuesday, April 3, the exhibit will include a rare version of the Constitution dated 1789, an even rarer draft of the Bill of Rights (printed in an unbound edition for the exclusive use of Congress, dated Aug. 24, 1789), and the original editions of the two state of Minnesota Constitutions. As a young girl, I stood on tiptoe to view the Constitution at the National Archives in Washington, D.C. It was thrilling.

Opening tonight: “Memphis” at the Ordway (I’ll tell you about that later this week) and “Lizzie Bright and the Buckminster Boy” at the Children’s Theatre Company. Closing Sunday, March 18: Theater Latté Da’s “Beautiful Thing” at the Lab and “Buzzer” at the Pillsbury House Theatre.

At the Cabooze on Saturday, March 24: “We Will Always Love You—A Musical Tribute to the Life & Music of Whitney Houston.” The current list of featured performers includes Jamecia Bennett, Erica West, Tonia Hughes-Kendrick, Ashley Commodore, Yohannes Tona, Darnell Davis, David Billingsley, Jesse Larson, Brandon Commodore — and Ginger Commodore, who’s also in “Hairspray” at the Chanhassen, so we’ll see about that. Per the Strib’s Chris Riemenschneider, the event will include a personal recollection of Houston by pianist Adi Yeshaya, who recorded and toured with her through the 00s. 18 and over, tickets here. 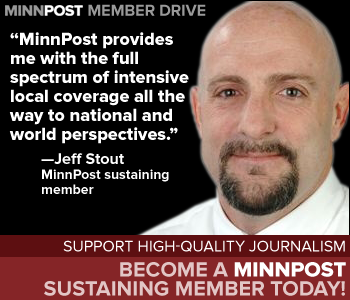 Free at Magers & Quinn tonight (Tuesday): An Evening of Irish Stories. Kevin Fox will read from his debut novel, “Until the Next Time,” and Minnesota mystery writer Erin Hart will read from her novel “Haunted Ground.” With music by Irish button accordion player (and Hart’s husband) Paddy O’Brien. 7:30 p.m. FMI. For bookish nerds who follow these things: David Enyeart, who scheduled author events (including this one) at Magers & Quinn, has now moved to Garrison Keillor’s Common Good Books in St. Paul. (Common Good moves from Cathedral Hill to Snelling and Grand in April.) Ethan Rutherford, formerly with Milkweed Editions, has taken Enyeart’s place at Magers & Quinn.

Free for kids at the Orpheum, coming up: The Houston Ballet. For each regular-priced ticket purchased, receive one free kid’s ticket (up to age 17). Friday and Saturday, March 23 and 24, different programs each night. FMI. Two ways to buy: through Ticketmaster (use promo code KIDSFREE) or in person at the State Theatre Box Office. The Northrop box office can’t help you with this.