Music in the Zoo has announced this summer’s concert series, its 20th among the lions, tigers and bears. Highlights include Jimmy Cliff, Bruce Hornsby, the Pines, Emmylou Harris, Ziggy Marley, Los Lobos and Steve Earle, Barenaked Ladies, Taj Mahal and the Blind Boys of Alabama, and Rufus Wainwright in his Zoo debut. Here’s Jon Bream’s summary of the series. More concerts will be added. Passes announced April 16, single tickets on sale April 30. FLMI (For Lots More Info; the website has everything you need to know and then some).

VocalEssence has unveiled its 2012-13 season. Things get off to a splendid start on Oct. 19 with “Romance in E minor”: music by Mendelssohn, Brahms and Bruckner conducted by Helmuth Rilling in the magnificent Cathedral of Saint Paul. The season continues with “An Evening in Havana” in November, “Welcome Christmas” in December, “English Garden” in March, “Paul Bunyan” (opera by Benjamin Britten, libretto by W.H. Auden, with Don Shelby as the voice of Bunyan) in April. May’s annual “Witness” concert honors the great African-American contralto Marian Anderson. Season tickets are on sale now.

While awaiting the announcement of the Walker’s 2012-13 performing arts schedule, we’ve been given a peek: The 40th Annual Choreographers’ Evening, curated by Patrick Scully and Ragamala’s Aparna Ramaswamy, will be Nov. 24. (See “For artists” below for the auditions announcement.) 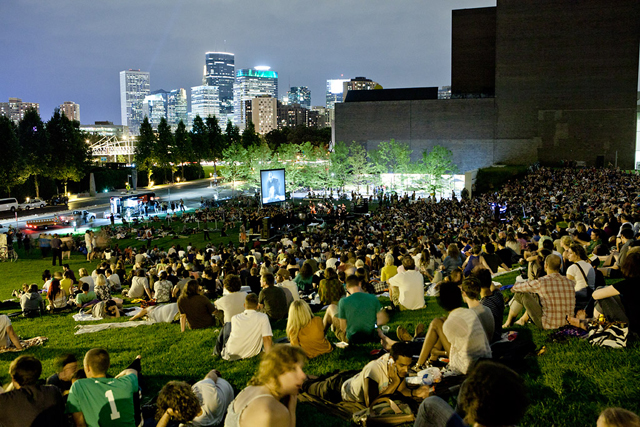 We’ve also had a glimpse at the Walker’s still-in-process Summer Music and Movies series. The first three dates (all Mondays) are July 30, Aug. 6 and Aug. 13 in Loring Park. Music at 7, films at dusk. For Monday, Aug. 20, the Walker has commissioned local band Brute Heart to create and perform a live score for Robert Wiene’s 1920 film “The Cabinet of Dr. Caligari.”

MPR’s Marianne Combs reports that this year’s Northern Spark festival will take place only in Minneapolis, not (like last year) in both of the Twin Cities.

The full lineup for the 2012 Minneapolis St. Paul International Film Festival is now online. Tickets go on sale for Film Society members today after 4 p.m., to the general public on Thursday.

“We the People: The First Official Printing of the U.S. Constitution” opens today at the Minnesota History Center. Moisés Kaufman’s wrenching stage play “The Laramie Project” opens at Macalester College on Thursday. A response to the murder of 21-year-old gay student Matthew Shephard, based on more than 200 interviews with Laramie residents, it features a multicultural cast. 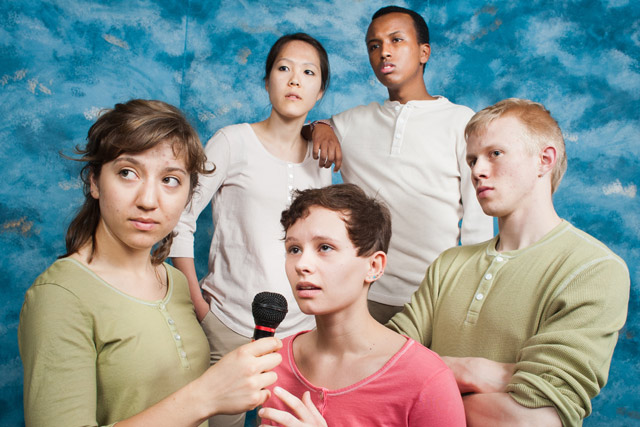 A few years ago, Jeff Kamin had a smashing idea: Put a book club in a place that serves alcohol. Books & Bars has grown from one night/month in a single bar (it started at the Aster in Minneapolis) to three nights/month in three bars, also including School II in Chanhassen and the Amsterdam in St. Paul. Check the website for times and dates. If you’ve read “The Sisters Brothers” by Patrick deWitt and you don’t already have plans for tonight, you might head for School II, where the fun starts at 7 p.m. Next month’s book: Joseph Heller’s “Catch-22.” Back in 2010, MinnPost’s Audra Otto called Books & Bars “a serious yet casual book discussion, an alluring combination of critical analysis and boozing.”

Expect serious wattage at Orchestra Hall this Friday, when CNN’s Soledad O’Brien hosts “A Love Letter to New Orleans” featuring Irvin Mayfield and his quintet with guests Aaron Neville, Bill Summers and Jason Marsalis. The concert is titled for a book and CD by Mayfield, in which he reflects on his own journey as an artist and those who influenced him. FMI and tickets.

Shapiro & Smith Dance celebrates 25 years this weekend at the Cowles with three repertory works and two world premieres including “Voices” with live music by the Orange Mighty Trio. Founded in NYC in 1987, Shapiro & Smith moved to Minneapolis in 1995 and found, in the words of cofounder Joanie Smith, “ a real home.” Harold Pinter’s “The Birthday Party” opens at the Jungle on Friday. Here’s Graydon Royce’s preview.

April is National Poetry Month. You can follow Poetry Daily on Twitter (@Poetry_Daily) to read a new poem each day, take part in Poem in Your Pocket Day (April 26), visit John Berryman’s grave at Resurrection Cemetery in Mendota Heights, and/or go to a reading or two or more.

California novelist and poet Bart Schneider spent more than 20 years in St. Paul.  He was founding editor of the “Hungry Mind Review”  (later “Ruminator Review”), former director of the Loft and editor of its journal “Speakeasy.” He returns in mid-April to read from his latest novel, “Nameless Dame: Murder on the Russian River.” Poetry and the love of poetry are woven throughout this wonderful read. Augie Boyer, the main character, is a P.I. who writes haiku; his best friend, Bobby Sabbatini, is a former homicide detective and current proprietor of a poetry karaoke bar. Readings (all free, all at 7 p.m.) on Tuesday, April 10, at Once Upon a Crime, Wednesday, April 11 at Common Good Books, and Thursday, April 12, at Micawber’s.

If you don’t have tickets for the 24th annual Minnesota Book Awards Gala on Saturday, April 14, you might want to act on that. New this year: an after party with live music, complimentary champagne and dessert. Go for the awards, stay for the bubbly.

April is also National Jazz Appreciation Month. Friday, April 13, is Jazz Day (so designated in 2009 by the U.S. Council of Mayors) and also Jazz Media Day, so Artscape that day will be all about jazz.

And it’s National Soft Pretzel Month, but we’ll leave that to the food writers.

Attention, choreographers: the Walker has posted a Request for Proposals for the 2013 edition of “Momentum: New Dance Works.” Audition dates have been announced for the 40th Annual Choreographer’s Evening on Nov. 24, 2012. Auditions will be held August 2-4. Check back after July 5 for specific dates and times.

Animated, expressive, as precise as a surgeon and as graceful as a dancer, conductor and violinist Thomas Zehetmair was riveting in every way when he led the Saint Paul Chamber Orchestra through Friday’s concert at Wooddale Church. He turned to face us when he played Schubert’s Rondo in A for Violin and Strings, then gave his full attention to the SPCO for Gerald Barry’s “Feldman’s Sixpenny Editions,” the U.S. premiere of a quirky work co-commissioned by London Sinfonietta and SPCO, and Schubert’s delightful and spirited Symphony No. 3 in C minor, mysteriously titled “Tragic” by the composer. Born in Salzburg, the popular and prolific Zehetmair (he has recorded nearly the entire violin repertoire) is one of the SPCO’s artistic partners for 2011-12. He returns for more Schubert April 6-7 and 13-14.

After the final night of conducting Judd Greenstein’s “Acadia” at Orchestra Hall, a relieved and pleased Sarah Hicks could say, “We raised the money, we have a fabulous piece and an appreciative audience. I call that a success.” Performed Friday and Saturday as the season finale for the 2011-12 “Inside the Classics” series, Greenstein’s work was the Minnesota Orchestra’s first “musical microcommission”— Hicks’ idea. It was funded not by grants or corporate donations but by members of the public who wrote checks, gave online or dropped a few dollars into an instrument case in the Orchestra’s lobby.

During the first half of the concert, violist Sam Bergman and Greenstein discussed the piece — its inspiration, how it was made, motives and themes to listen for — and Hicks led the orchestra in bits of “Acadia” and illustrative works by other composers: Ravel, Arvo Pärt, Beethoven, Stravinsky. The second half featured the 35-minute “Acadia” in its entirety. It is, as Hicks says, a fabulous piece: spacious and tonal, cinematic and pastoral, rich and emotionally satisfying. Greenstein uses the whole orchestra like an Impressionist painter’s palette; “Acadia” is full of natural light. Sometimes you hear a new work and it’s pleasant but ephemeral. Two days later, I can still hear parts of “Acadia” in my head: the swirling violins, the low brass climbing the thirds, the unusual and compelling use of all kinds of percussion (marimba, vibraphone, kettledrums, cymbals, something clanky). I’d like to hear it again, and happily we all can. Starting today, “Acadia” is available for free download at the Orchestra’s website. Enjoy.

Barenaked Ladies, Los Lobos in Music in the Zoo lineup