Ten Thousand Things Theater has announced its 2012-13 season. Starting in September: “Measure for Measure,” directed by Michelle Hensley, starring (among others) Sally Wingert and Luverne Seifert. In February: “The Seven,” Will Power’s hip-hop retelling of Aeschylus’s “The Seven Against Thebes.” Sarah Rasmussen makes her TTT debut as director; Aimee Bryant, Bruce Young, and Brian Sostek are among the cast members. The season ends in May with an all-new take on Tennessee Williams’ Pulitzer Prize-winning “A Streetcar Named Desire.” Lear de Bessonet directs; Ansa Akyea, Sonja Parks, Sha Cage and Randy Reyes star. 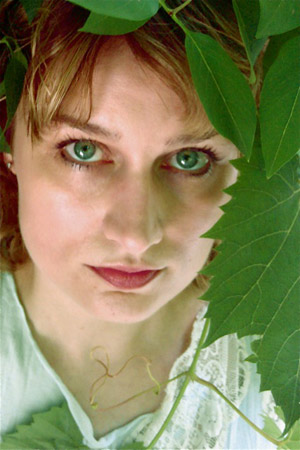 In describing the new season and TTT’s current production, “Vasa Lisa” (see Out and about below), artistic director Hensley emphasized the theater’s commitment to diversity. “Vasa Lisa” happened because Hensley and playwright Kira Obolensky felt “oversaturated with the often very male world of theater, especially classic dramatic literature.” All three plays in the 2012-13 season will be directed by women, “Measure for Measure” will include women in key roles, “Seven Against Thebes” will be retold by an African-American playwright, and “Streetcar” has been cast with people of color. Interesting choices made more so against the backdrop of the ongoing conversation about diversity (or lack of it) in the Guthrie’s 2012-13 season. Catch up on that topic with Graydon Royce at the Strib and Marianne Combs at MPR. Update: Combs recently posted a thoughtful and detailed piece of reporting on the Guthrie and diversity.

As promised, the lineup for the 18th Annual Basilica Block Party was revealed last Friday. Two days, three stages, 18 bands, including Train, Cake, A. Wolf and Her Claws, Lucy Michelle & The Velvet Lapelles, Fitz and the Tantrums, and Imagine Dragons. July 6-7, downtown Minneapolis. Tickets on sale May 5. FMI.

On Saturday night at a concert featuring trumpeter Terell Stafford, the JazzMN Orchestra announced its 2012-13 season. In a state with an abundance of big bands (35 in the Twin Cities alone), JazzMN is the Lincoln Navigator, solidly built and polished to a high gleam. Formed in 1998 by jazz educator and trumpeter Douglas Snapp (and led by him ever since), it features first-call musicians and world-class guests artists. The new season includes trumpeter Wayne Bergeron on Oct. 6, a tribute to New Orleans on Nov. 17, trumpeter Randy Brecker on March 9, and saxophonist Eric Marienthal on April 27. Season tickets on sale soon at the JazzMN website, or call 1-866-811-4111. Single tickets on sale this summer.

If you’re a fan of tpt’s “Minnesota Original” (I am) and you saw Sunday night’s episode, you know a little something about Minnesota potter Guillermo Cuellar. Born in Venezuela, he attended Cornell College in Iowa, where a humanities requirement led him to a ceramics class that changed his life. Back in Venezuela with his American-born wife, he was struggling with his pottery and, as he told tpt, “making a lot of very bad pots.” Then the great American potter Warren McKenzie traveled to Venezuela in 1981 to teach a workshop. A friendship led to an invitation to work in MacKenzie’s Stillwater studio and have a pottery sale. In 2005, seeking a more stable political climate, Cuellar and his family relocated to a home and studio near Shafer, Minn., where Cuellar quickly became part of the nationally respected pottery community that follows the St. Croix River from Minnesota into Wisconsin. His pots — functional, quietly beautiful, affordable, and inviting to the hand — fit right in. Now that I’ve summarized the episode, you can watch it anyway to learn more about this charming man and his work. Better yet, meet him in person during St. Croix Valley Pottery Tour coming up next weekend. Now in its 20th year, the tour is a destination for collectors locally, nationally and internationally. This year’s tour features work by 47 potters.

“Mamma Mia!” is baaaack. Personally, I don’t get it, and I still can’t believe that Meryl Streep starred in the movie, but people I know and respect just love this nonstop juggernaut of a musical featuring songs by ABBA, once Sweden’s biggest export (after Volvo). One week only, starting tonight. FMI and tickets.

A musical more to my liking: “Futurity,” co-commissioned by the Walker, performed by Brooklyn’s The Lisps, a musicians and artists collective. The story: Julian Munro, a young Union soldier in the Civil War, is an aspiring inventor and science-fiction visionary who dreams up a high-tech dystopian future. The music fuses traditional American folk, Brechtian choral elements, and the Lisps’ eccentric indie rock. Thursday-Saturday, Apr. 26-28, in the McGuire Theater. FMI and tickets.

Starting Wednesday, two nights only on the Chanhassen’s Fireside stage: “Rumours & Dreams: The Music of Fleetwood Mac.” A nine-piece band, including Pamela McNeill, Mary Jane Alm and Jeff Engholm, travel through a songbook of the group’s greatest hits: “Rhiannon,” “The Chain,” “Don’t Stop,” “Go Your Own Way” and more. “Rumours & Dreams” sold out 11 shows in St. Cloud. Wednesday, Apr. 25, and Thursday, Apr. 26. FMI and tickets.

Thursday is national Poem in Your Pocket Day. Pick a poem, put it in your pocket, and share it with surprised friends, co-workers and family members throughout the day. Stop by a bookstore and choose an anthology, or download and print a poem recommended by the Academy of American Poets.

Opening Thursday in the main courtyard of Southdale Center: The 29th Annual Northern Woods Exhibition, sponsored by the Minnesota Woodworkers Guild. Handmade desks, chests, tables, chairs, boxes, benches, musical instruments and more. Things of beauty. The juried competition includes more than 60 pieces from 50 artisans; most will be there to talk about their work and answer your questions. Thursday-Sunday, free.

Thursday night at Como Planetarium: “The Moon Belongs to Everyone,” a journey in space and song. Local astronomer Parke Kunkle will lead a tour of the stars while singer Maud Hixson and guitarist Dean Magraw perform American popular songs on the subject (for example, Hoagy Carmichael’s “Stardust”). I don’t know Kunkle, but I do know Hixson of the cool, clear voice and Magraw of the elegant, ethereal guitar (and a member of the group Red Planet). Co-sponsored by the Bell Museum. 7 p.m. Tickets here or call 612-624-9050. Note: The planetarium is not in Como Park, but in the northwest corner of Como Park Elementary School at 780 W. Wheelock Parkway in St. Paul.

“Art” from Gonzo Group Theatre. In Yasmina Reza’s award-winning comedy, a 15-year friendship is called into question when a man buys an expensive modern painting. Gonzo Group is in residence at the Baroque Room, a newly built-out space on the second floor of the Northwestern Building in Lowertown. Opened Friday, Apr. 20, closes this Sunday. FMI.

“Steampunk Delusions” at Open Eye Figure Theater. Two plays based on fantasy/science fiction tales from the Victorian era, each about an hour long, share a bill. “The Diamond Lens: A Microscopic Fantasy of Love & Murder” is presented by Hardcover Theater, “To Mars with Tesla, or, The Interplanetary Machinations of Evil Thomas Edison,” by English Scrimshaw Theatrical Novelties. This sounds like a very good time. Consider going in costume. Fridays-Sundays and a single Thursday, Apr. 27-May 12. FMI and tickets.

“Doubt, A Parable” at Park Square. John Patrick Shanley’s Tony- and Pulitzer-winning play tells the story of a conservative nun who considers charging a progressive young priest with her unproven allegations. Why is Father Flynn showing special favor to one of her students, a young African-American male? The cast includes Linda Kelsey, David Mann, Regina Marie Williams, and Anna Sundberg. Craig Johnson directs. Opens Friday, Apr. 27; runs through Sunday, May 13. FMI and tickets.

Some theatrical productions need 18-wheelers to travel from place to place. A play by Ten Thousand Things Theater fits in a suitcase or two. Minor exaggeration, but Ten Thousand Things is a stripped-down, back-to-basics company that makes magic in unexpected ways and places. Winner of the Sally Award for Vision in 2011, its mission is to bring theater to people who have little access to the arts. Each play begins with performances at prisons, hospitals, shelters, and low-income centers before moving to more traditional venues for ticketed public performances.

Last Friday, we went to Wayside House in St. Louis Park at 10 a.m. to see TTT’s “Vasa Lisa,” a new play based on old Russian folk tales. Two rows of chairs were arranged in a circle, and nearly every chair was full. The play took place in the center and along the edges, where actors sometimes said their lines. Most of the actors played several roles, and when it was time for a costume change, they stepped outside the circle, turned their backs, and changed. Playwright Kira Obolesnky was in the house, leaning against a wall. Simple wood racks on wheels became trees, doorways, and cooking fires. I totally forgot that I was watching renowned Twin Cities actors Sally Wingert, Elise Langer, Luverne Seifert, Jim Lichtscheidl, and Tracey Maloney (whom I just saw at the Park Square in “American Family”). Like everyone else in the audience, I was enchanted. With the right play and the right people, great theater can happen anywhere.

Public performances of “Vasa Lisa” begin May 4 and end May 27 at Open Book and Minnesota Opera Center. FMI and tickets.