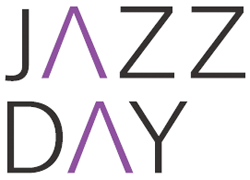 April is Jazz Appreciation Month and April 13 is Jazz Day, designated in 2009 by the U.S. Council of Mayors. So today’s Artscape is all about jazz, specifically jazz in the Twin Cities. MinnPost invited jazz artists, programmers, radio personalities and fans to comment on the jazz scene here and now. This article will become part of a national “jazz blogathon” sponsored by the Jazz Journalists Association. You’re welcome to add your comments to the conversation.

I think of jazz as the most dangerous and exciting legal art form there is. Jazz is our music, uniquely American, and however you define it, we have some of the best proponents and creators in the world.

On Tuesday night this week, I saw a performance of the McNally Smith jazz students, with New York baritone sax player Gary Smulyan fronting a few tunes. The music was complex and exciting. The fact that Smulyan would come here without a band says a lot; I’ve seen it often. There are enough talented cats in this town to back up any major jazz artist at the drop of a hat.

Jazz in the Twin Cities is as strong as it has ever been. It’d be nice if there were more venues, especially for adventurous music, but that’s the same in any place. The biggest issue with jazz in the Twin Cities is the lack of apprenticeship opportunities for early-career musicians. The lack of gigs (again, not unique) means that older, more experienced musicians rarely end up hiring or working with the young professionals, which drives a lot of young musicians looking to improve their art elsewhere. 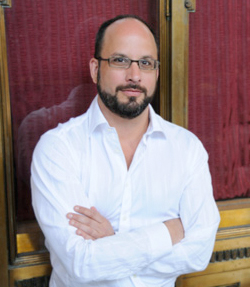 Courtesy of the University of MinnesotaBen Johson

The Northrop Jazz Series was once a sold-out event each season. When I inherited the program, there were no more than 300-400 people coming to events that were selling 2,000-3,000 tickets in other markets like Ann Arbor, Michigan and New York City. This scenario, coupled with the issues surrounding the closing of Northrop, forced Northrop to postpone the jazz series until the reopening of Northrop scheduled for spring 2014.

Jazz audiences and behaviors have changed. The jazz and deep listening audience wants different kinds of amenities when they attend concerts. Most traditional jazz venues are hosting more popular and independent artists in order to make sense financially. Many of the top jazz artists are priced out of the market in Minneapolis.

It is an interesting time for the jazz audience and the jazz presenter and the jazz venue. Until there is a committed focus on engaging young audiences, consistent and dynamic programming, and new financial models for its presentation, the form will continue to sputter and move along. It would be great to see a program in Minneapolis like Search and Restore, based in New York City, that looks at all kinds of alternative space in booking sold-out concerts in smaller and nontraditional venues in the city. This guerrilla-style programming lends itself to innovative and experimental young artists, and it creates a new vibrancy for the general public. There is plenty of room for this kind of energy on the Twin Cities jazz scene. 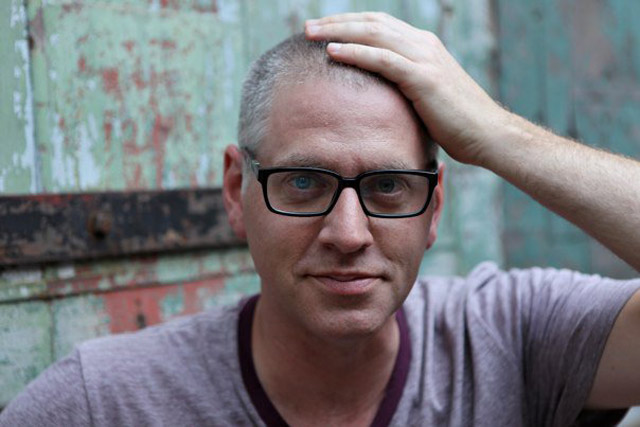 Courtesy of Jeremy WalkerJeremy Walker: “There are great musicians here doing creative music with a distinct sound and view.”

It is easy to say negative things about your own scene — the segregation, the lack of paying gigs, not enough informal sessions. But there are great musicians here, and important musicians living here and from here, doing creative music with a distinct sound and view, so there must be something. With the return of JT and Dave at Icehouse* and the scene happening at Jazz Central, you can hear great music every night. And I think given the competition for attention in an arts-rich town and the climate, musicians and listeners here are particularly committed to the music.

* Icehouse MPLS restaurant and café opens at 2528 Nicollet in May. It was recently announced that drummer JT Bates and music programmer Dave Wiegardt will reinstate there the Monday-night program heard at the Clown Lounge in St. Paul for many years.

The Twin Cities has a strong jazz scene, especially for its size. It tends to lean toward a less commercial notion of jazz than you would find in other Midwest cities like Milwaukee, Chicago or Cleveland. What this scene lacks is enough clubs to support the players. Some would argue that clubs have moved away from jazz because it doesn’t bring enough people out, but I think jazz fans are perhaps the most loyal base there is. Consistency in the quality of music will bring people out.

The Minneapolis jazz scene is abundant with influences, from electronic music to old-time swing. It has been resourceful in finding new places to perform and present jazz, and is accented with great songwriters and innovators who like to blur the lines of specific genres and who aren’t afraid to play their original music. In a town that mostly supports hip-hop and indie-rock music, a great jazz scene is essential. A songwriter is inspired by a ripping jazz trio at a local wine bar, or a hip-hop producer takes a night off and is inspired by the jazz group at a dive bar. Jazz has and always will have the ability to snake around in one’s ears.

The Twin Cities jazz scene boasts players as bad as anywhere in the world. It would be nice to see everyone get out to each other’s shows more often, do away with some of the segmenting and cynicism that can occur, and continue to freak out as individuals unabashedly. If we’re all able to adhere to the spirit of creative integrity that binds us, then we have a vibrant scene that promotes imagination, and the clubs and press will turn their backs at their peril.

For the musician, there are a lot of talented musicians and bands to surround yourself with; for the supporter, there are many groups to see and hear at unbelievable prices, often free. Depending on your point of view, this is good or bad news. “Jazz,” which often is too narrowly defined, is overlooked by many media outlets, club owners, promoters, and live music supporters. Musicians eke out a living by running and gunning for as many gigs and opportunities as they can muster. Speaking for my band, we’re always trying to turn on new ears, and it’s amazing how people appreciate the music. They might not label it strictly jazz, but just good music that’s fun.

We have a long and proud tradition in the Twin Cities of innovative and free-thinking musicians in many different styles of music, but the creative improvised music scene seems to be blossoming. The quality of life here has allowed a culture of full-time musicians to develop that is truly remarkable. Most of my peers play, teach, write and record music in some capacity as their full-time jobs. Many of them have families and partners who support their creative endeavors. This is not the case in many other places in the USA. We are lucky and we work hard at our craft. We don’t take any of it for granted. The Midwestern work ethic applied to a career as a creative artist yields results!

Nationally the Twin Cities has a strong reputation for its jazz scene, and although at times we think, “That can’t be true,” really, it is. Despite the comings and goings of venues presenting jazz, despite the declining proportion of real jazz at some longtime favorites, jazz manages to survive here because of the high level of talent and passion for the music. Even the most “out there” jazz experiments manage to find a home and an audience, from the underground grassroots of Jazz Central to the intimate concert vibe of Studio Z.

Two things come to mind when thinking of the Twin Cities jazz scene. 1) Many ensembles operate as groups, such as the Fantastic Merlins, the Illicit Sextet, How Birds Work, and the Atlantis Quartet. The musicians in these groups come together to perform their own music or that of a particular style or set of composers. 2) A number of younger jazz musicians regularly play and tour with nationally popular non-jazz bands, including hip-hop, roots, and folk artists. Both factors lead to a jazz scene that is very open, supportive, and highly creative.

Is this a good place for jazz? Yes and no. Yes, because there are so many talented people here — lots of expert colleagues with whom to make music and exchange ideas and information. No, because there aren’t enough places for those people to work, and because the local media is so jazz-unfriendly. In a way, it says something very positive that the scene can survive despite the lack of performing opportunities and publicity. The music itself here is wonderful, and such variety. Singers especially proliferate, and critics and presenters in other parts of the country look to the Twin Cities for the best in vocal jazz and swing. That’s very gratifying.

Big-band jazz is quite popular in the Twin Cities, where it has its own niche. We’re probably the fifth most active place in the U.S. for big-band jazz, behind New York, Los Angeles, Chicago, and San Francisco. There are about 35 big bands in the Twin Cities, and 25 have recorded CDs. Many are semi-pro and some are nonprofit, but most are rehearsal/kicks big bands. This summer, there will be 84 concerts by 32 big bands in 38 city parks. You can catch big bands for dancing every week. Of the 700 high schools in the state, about 300 have jazz ensembles. All our universities and colleges have jazz ensembles. Regrettably, the young jazz musicians do not appear to continue as jazz fans, because very few attend the big-band events in town — except those at the Wabasha Caves, which attract the young swing dancers.

Jazz in the Twin Cities boasts many talented artists at the top of their game and bodies of work worthy of national attention, in subgenres ranging from trad jazz to big-band swing, modern to free jazz, different shades of the blues and some successful hybrids. From an artist’s perspective, it is a great place to hone your craft. There is not a wealth of jazz clubs right now, but jazz is being performed at alternative venues including arts centers, concert halls, private clubs, theaters, patrons’ homes, libraries, churches and synagogues, restaurants and coffee houses.

Jazz in the Twin Cities is alive and well, if under most people’s radar and largely ignored by the media. Next week alone — and it’s a typical week — more than 50 jazz performances of many kinds will take place in dozens of venues, only one of which (the Artists’ Quarter) is a traditional jazz club. Some will draw decent crowds and others will be lucky if people show up at all. Most jazz in the Twin Cities is performed by white musicians for white audiences. That wasn’t always the case, but it is today. Barriers between genres are becoming more porous. Jazz is getting harder to define. Definitions matter less. But if you’re looking for good music and you want to call it jazz, you’re in the right place.