Tony winner Mark Rylance will return for “Nice Fish” starting Apr. 6. Co-written by Rylance and Minnesota poet Louis Jenkins, based on the book by Jenkins, it’s a play about ice fishing, sort of, and a world premiere. Also brand-new is Crispin Whittell’s “The Primrose Path,” based on a novel by Turgenev and opening Apr. 27. Summer 2013 brings Bruce Norris’ Pulitzer Prize-winning “Clybourne Park” (in its American premiere) and Garson Kanin’s “Born Yesterday.”

Dowling also announced productions that will play in the intimate Dowling Studio next season, including Hampton’s “Embers” and “Youth Without God,” Shakespeare’s “As You Like It,” a Mu Performing Arts production of Rick Shiomi’s “Yellow Fever,” and “An Iliad,” a one-actor adaptation of Homer based on the Robert Fagles translation. And he let slip that Joe Chvala of the Flying Foot Forum will direct this year’s “Christmas Carol.” Let the dancing begin! New season subscriptions go on sale June 21, single tickets July 10 and Aug. 10.

At a sneak preview last Tuesday in the Ford Center offices of Hammel, Green and Abrahamson, Northrop Concerts and Lectures announced the 2012-13 Northrop Dance Season and gave us an update on Northrop’s revitalization, for which HGA are the architects. (As of Tuesday, the inside was gutted and the back was blown out, but the plans look amazing. Smaller hall, better sightlines, three balconies, more bathrooms.) Almost all dance performances will happen midweek, with 7:30 start times. All but one take place at the Orpheum; the Northrop won’t reopen until 2014. And we’ll see two very different versions of “Rite of Spring.”

Courtesy of the Northrop Auditorium‘Polyphonia,’ performed by NYC Ballet Moves, will open the 2012-13 Northrop Dance season.

On Oct. 23-24, New York City Ballet Moves, a small group of the company’s star dancers, performs Christopher Wheeldon’s “Polyphonia,” Balanchine’s “Duo Concertant,” and Peter Martins’ “Zakouski” and “Hallelujah Junction.” On Nov. 13, a collaboration with the Walker brings the young UK-based Hofesh Shechter company here for its Minnesota debut, performing “Political Mother” with a live rock band. On Feb. 26, it’s the one and only Joffrey, with William Forsythe’s “In the Middle, Somewhat Elevated,” a reconstruction of Nijinskys “Rite of Spring,” and a new work by Houston Ballet artistic director Stanton Welch. On March 5, Grupo Corpo returns with original dance and music rooted in Brazilian music and design. (I still listen to the soundtrack from its March 2003 performance.)

On Apr. 5, the Khmer Arts Ensemble celebrates the national “Season of Cambodia” with a new work called “A Bend in the River” combining dance, story, an original music score performed live, and puppets. May 1 brings Switzerland’s Béjart Ballet Lausanne and its experimental “Rite of Spring,” with Stravinsky’s score performed live by the University of Minnesota Symphony Orchestra led by Mark Russell Smith.

This year, the Northrop is partnering with the O’Shaughnessy at St. Catherine University to co-present the “Women of Substance” series. The season features Spain’s Soledad Barrio and Noche Flamenca (Oct. 3) and Miami’s Rosie Herrera Dance Theatre (Nov. 29), both Minnesota debuts; the Bebe Miller Company (Feb. 12, 2013); and Emily Johnson/Catalyst performing “Niicugni (Listen),” the second work in a trilogy. Finally, as of last August, Northrop is the administrative home of the McKnight Artist Fellowships for Dancers and Choreographers, formerly managed by the Southern Theater. Performances Sept. 21 and 22 at Ted Mann Concert Hall will feature world premieres of solo works by the dancer fellows and the commissioned choreographers.

Congratulations to the winners of the Minnesota Book Awards. The Strib’s Laurie Hertzel reports on the festivities and names names. (We would have been there if we weren’t someplace else.) High fives to Allan Kornblum, who took home this year’s Kay Sexton Award for his contributions to Minnesota’s book community. Kornblum is the founder and senior editor of Coffee House Press, publisher of poets Quincy Troupe and Patricia Smith, who are here now for readings. If you missed them last night at Macalester, you can hear them tonight at Honey starting at 7 p.m. 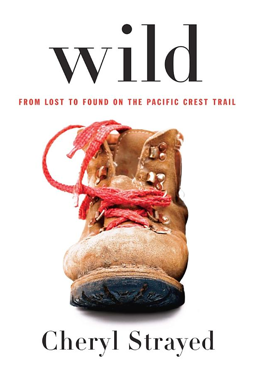 Everybody’s talking about Minnesota-born Cheryl Strayed’s memoir “Wild,” in which she writes about hiking the Pacific Crest Trail as a way to put her life back together. Susannah Schouweiler is a fan of the memoir and of Strayed’s alter ego, advice columnist “Dear Sugar.” Strayed will speak Tuesday at 7 p.m. at Wayzata Community Church (hosted by the Bookcase) and Wednesday at 7 p.m. at Common Good Books. On Thursday, she’ll be at Normandale Community College’s third annual writing festival. All events are free and open to the public.

Congratulations to Irvin Mayfield, the Minnesota Orchestra’s Artistic Director of Jazz, on a bolt from the blue. Mayfield directs the New Orleans Jazz Orchestra, which has received the first-ever donation ($10,000) from the Amy Winehouse Foundation. Amy’s dad Mitch said he spoke to his daughter through a psychic last Tuesday. Here’s hoping the 10 grand doesn’t require a password on a Ouija board.

Congratulations to pianist, composer, and genius improviser Craig Taborn, winner of the North Sea Jazz Festival’s Paul Acket Award 2012, which highlights talented jazz musicians at the beginning of their career. Taborn now lives in New York but was born and raised in Minnesota, and as far as we jazz fans are concerned, he still belongs to us. His first solo CD, “Avenging Angel,” was released last year on ECM to great acclaim.

And congratulations to Twin Cities poet Jim Moore on his new Guggenheim.

On Wednesday between 3 and 5 p.m., the Current and the Walker will announce the line-up for Rock the Garden 2012, one of the most highly anticipated events of the year. Tickets go on sale to members of MPR and the Walker first and will likely sell out (they have in the past), so now is as good a time as any to join one or the other (or both). I’m not shilling for either, but if you listen regularly to MPR and/or visit the Walker and/or enjoy the Sculpture Garden, you might want to consider membership. Not only will you feel all warm and fuzzy inside, you’ll save on tickets, get special deals on events, and have first crack at things like Rock the Garden. To hear the line-up live, head to the Fitz, where Mary Lucia and Jim McGuinn of the Current will be joined onstage by the Walker’s Philip Bither to spill the beans. The announcement will also feature a live performance by one of the bands and other surprises. If you can’t go in person, you can listen on-air (89.3) or online, or watch online.

The Current’s Andrea Swensson, who has her thumb on many things musical, gets us all excited about the Midwest Music Fest, which starts this Thursday in Winona, and bums us out about the Pizza Luce Block Party, which is canceled for this year but returns in 2013. MWMF information and tickets here.

Michael Christie conducted many operas before being appointed the Minnesota Opera’s new music director in January. Puccini’s “Madame Butterfly,” which opened Saturday at the Ordway, wasn’t among them. At a preview event last Thursday, he shared what he considers the biggest challenge of leading the great warhorse: “Everybody knows it. It carries the weight of history.” He cautioned us that the dress rehearsal we were about to see might not be sung at full voice. Had the cast sung any more fully, they would have leveled the small crowd that gathered in the mezzanine.

On the main floor, the business of putting on an opera took place: people followed scores, looked at monitors, whispered into microphones, snapped pictures. On stage, “Butterfly” unfolded in all its glory. The set is elegantly simple — wood platforms, movable shoji screens, a few small pieces of furniture — yet utterly convincing. The colorful costumes are like flowers in a garden. In one scene, cherry blossoms fall from the sky. The opera is being performed by two casts; we heard the one with Winnebago, Minn., native Kelly Kaduce as the tragic heroine. She’s magnificent, and she can act. If you go, bring tissue. You’ll need it. Runs through Apr. 21. Here’s a terrific article on Christie from the latest Twin Cities Metro.

Written by Pulitzer Prize winner Donald Margulies, “Time Stands Still” seems at first a smallish play. A single set (a New York City loft apartment); a cast of four; conversations that sound rather ordinary. But it resonates and won’t let go. Sarah (the excellent Sarah Agnew) and James (Bill McCallum) are journalists drawn to war-torn areas; increasingly, in today’s world, they’re the kind of journalists who end up dead. James suffers a nervous breakdown and Sarah is nearly killed by a roadside bomb. The two have returned home to recover and decide what to do next. Meanwhile, their editor and close friend Richard (Mark Benninghofen) has found happiness with Mandy (Valeri Mudek), a much younger woman. At first, Mandy seems like a total airhead (Sarah calls her “embryonic”), but she emerges as the play’s clear spring of emotion.

As the four talk and argue among themselves, we reflect on our own lives and ask ourselves the same hard questions they face. Is it wrong to be happy when so much of the world is suffering? What, if anything, can we do to relieve that suffering, or at least a miniscule part of it? Are there times when all we can do is observe and report? Margulies has written several plays, but this is his first at the Guthrie. More, please. We’ll talk with Agnew later this week for MinnPost Asks.

On Saturday at MacPhail’s Antonello Hall, a near-capacity audience held its breath as the great musician, composer, and teacher François Rabbath played the double bass as if it were a string quartet: bass, cello, viola, violin. Entirely self-taught, Rabbath never believed the bass had any limits, so he never encountered any, and in his arms this often-neglected instrument was reborn. At 81, Rabbath is puckish and radiant. He calls his instrument “she” and loves it like a woman. He can and does play anything: classical and jazz (“it’s all music”), original works, Bach. Often throughout the generous set he performed with his son Sylvain on piano, the music was almost unbearably beautiful. Merci, MM. Rabbath.