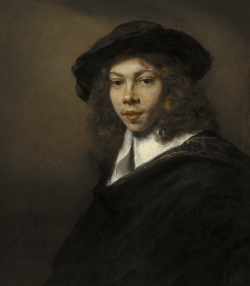 Photo by Jamison MillerPortrait of a Young Man, 1666, by Rembrandt
van Rijn

Rembrandt is coming. Starting June 24, the Minneapolis Institute of Arts will host the largest number of authentic paintings by the Dutch master ever assembled in the United States. If you’ve stood dumbfounded before “Lucretia,” you won’t want to miss this once-in-a-lifetime chance to view 30 autograph paintings and 20 “open questions”: works purchased as authentic Rembrandts but later re-attributed or currently being debated. (See if you can distinguish between the Rembrandts and the not-Rembrandts.) MIA has planned a series of special events during the exhibition including lectures, a youth program, a class taught by MIA director Kaywin Feldman, a screening of Alexander Korda’s classic 1936 “Rembrandt” biopic starring Charles Laughton, and a concert by Repast Baroque Ensemble. Exhibit is June 24-Sept. 16. Membership has its privileges; admission to the exhibition gallery is free for members.

Love to dance? Wish you knew how? The Ordway has announced this year’s Summer Dance Series lineup, and it’s a total win-win: eight weeks of free dance lessons by professional instructors, live music by local bands, and social dance outdoors at lovely Landmark Plaza in downtown St. Paul. Learn a different dance style each week (reggae/Afro-beat, Cuban son, funk, ballroom, tango, swing, and more), and by autumn you’ll be dancing with the stars. Thursdays from June 14 to Aug. 9 (except July 5). Dance instruction starts at 6 p.m., live music at 7:15 p.m. FMI and lineup here. 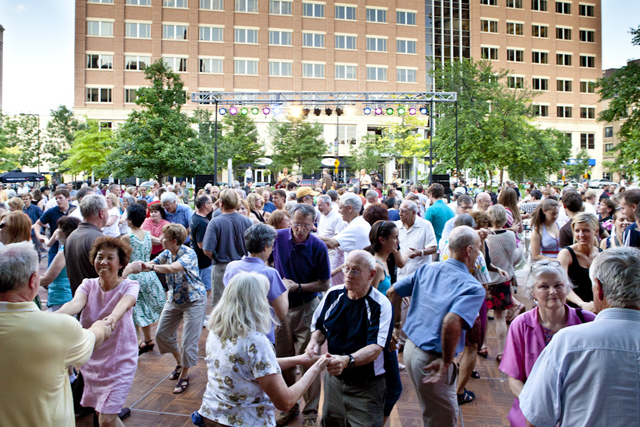 American composer Aaron Jay Kernis, founder and director of the Minnesota Orchestra’s annual Composer Institute, has won this year’s Michael Ludwig Nemmers Prize in Music Composition, awarded biennially by the Henry and Leigh Bienen School of Music at Northwestern University. Kernis can add this to his mantel alongside his Pulitzer (1998), Grawemeyer (2002), Stoeger, Bearns, Guggenheim Fellowship, NEA grant, and numerous other honors. As the latest Nemmer winner, Kernis will receive $100,000, will have one of his works performed by the Chicago Symphony Orchestra during the 2013-14 season, and will spend four residencies at Northwestern.

St. Paul’s Grand Hand Gallery opens a second shop in June in Napa, Calif. The Strib’s Mary Abbe reports that owner Ann Ruhr Pifer has family and friends there, so it was a natural place to branch out. This is good news (and means broader exposure) for the many Minnesota artists Pifer represents.

Karen Brooks, co-founder of the Mill City Opera, is looking for free housing for visiting cast and crew. “This is common practice for summer theater and summer opera companies and can be fun for the hosts,” she says. Most of the singers and designers will be coming from New York City. If you have an unused apartment or in-law suite, basement apartment with bathroom, bedroom in a home with access to a bathroom, or housesitting opportunity for roughly June 13-July 21 (many people will be here a shorter amount of time), contact housing coordinator Larry Romanko. The donation of housing is considered a tax-deductible gift, plus you’ll get two free tickets to “Pagliacci.” 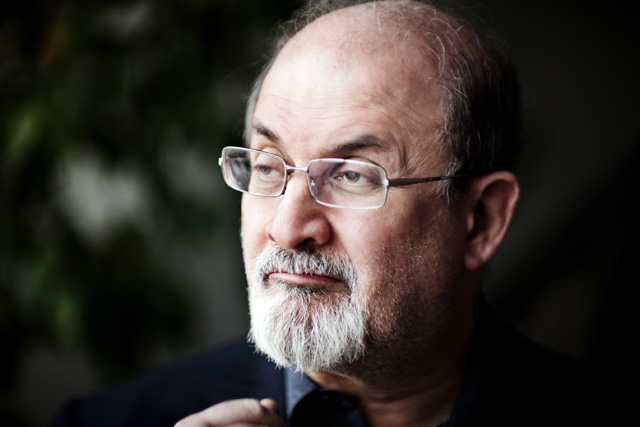 The Friends of the Hennepin County Library has announced the 16th season of Pen Pals, the longest-running literary series in the Twin Cities. It’s a doozy, starting with hot-potato author Salman Rushdie on Oct. 18 and 19. Correct me if I’m wrong (and I mean that sincerely), but Rushdie hasn’t been here since 2006, when he spoke at the University of Minnesota. Assassination threats forced cancellation of a scheduled appearance at the Jaipur Literary Festival earlier this year. Rushdie will talk  about his writing, politics, freedom of expression, and how the fatwa issued in 1989 by Iran’s Ayatollah Khomeini has affected his life. On Nov. 29 and 30, Minnesota-born Alice Kaplan, author of “Dreaming in French: The Paris Years of Jacqueline Bouvier Kennedy, Susan Sontag, and Angela Davis,” will take us deeper into her book. On March 14 and 15, 2013, longtime New Yorker staff cartoonist (and wacky genius) Roz Chast will give an illustrated presentation about where her ideas come from, the connection between anxiety and hilarity, lockjaw, and more. On April 11 and 12, novelist Dennis Lehane, author of “Shutter Island,” “Gone, Baby, Gone,” and “Mystic River” (to name a few) will discuss his latest, “Live by Night.” On May 16 and 17, Armistead Maupin, whose “Tales of the City” made us all want to be gay in San Francisco, will share “untold tales.” To subscribe, call 612-543-8112 or download a mailable order form. Individual tickets go on sale June 25.

All Pen Pals programs take place at the Hopkins Center for the Arts, which announced on Saturday its two annual concert series, Saturday Sets and Take Five Tuesdays. Variety is the theme of both; each is a mixture of genres and performers drawn from the local and national (even international) scenes. Highlights: crossover specialists (classical, jazz, tango, pop, funk, blues, gypsy swing) Quartet San Francisco on Nov. 17; angel-voiced Aaron Neville solo on January 19, 2013; NEA jazz master (and former member of the John Coltrane Quartet) McCoy Tyner, with his quartet, on March 9; The Pines on March 26; Peter Yarrow (of Peter, Paul & Mary) on April 27; “From Bach to Bop” with the Laura Caviani Trio on May 11. Tickets on sale August 1.

Addled by music festivals, I neglected to mention Saturday’s Craftstravaganza in last Friday’s column. Apologies all around. The annual “rogue art + craft sale” is a destination for crafters and shoppers. In an attempt at reparations, here’s early news of a new event/location from the folks (Andy and Jenna Krueger) behind Craftstravaganza: The Minneapolis Craft’za takes place Saturday, Nov. 17 at the Soap Factory.

Different group, similar great idea: The No Coast Craft-o-Rama will hold a one-day summer sale on Sunday, July 22, in Silverwood Park on the shores of Silver Lake (bordering St. Anthony and New Brighton). The annual Holiday No Coast Craft-o-Rama happens Friday and Saturday, Dec. 7 and 8, at the Midtown Global Exchange building. No Coast is a project of the nonprofit Crafters Local 612.

Tonight (Tuesday, May 15) at the Black Dog, you can watch an episode from Season Six of the PBS series “Art21” (Art in the 21st Century). “Boundaries” features artists David Altmejd, Lynda Benglis, Tabaimo and others who synthesize disparate aesthetic traditions, present taboo subject matter, and explore the shape-shifting potential of the human figure. As the Black Dog says, “Much better than watching it alone in your home.” 8 p.m. Free. Coming up: “History” (May 22) and “Balance” (May 29).

On Wednesday, Brenda Langton discusses her new “Spoonriver Cookbook” at Magers & Quinn. Langton is to Minneapolis what Alice Waters is to Berkeley, a whole-foods pioneer who helps people eat better and like it. Many of us had our first revelatory restaurant vegetarian meal at Café Brenda in the Warehouse District. In 2006, Langton founded the Mill City Farmers Market and opened Spoonriver next to the brand-new Guthrie. Spoonriver is not vegetarian — grass-fed, antibiotic-free red meat is on the menu, as are chicken and fish — but it’s one of the few places where a vegetarian dish is authentically veggie and invariably delicious. Published in April by the University of Minnesota Press, “The Spoonriver Cookbook” will be the next cookbook I beg for or buy. Wednesday, May 16, 7:30 p.m., free. 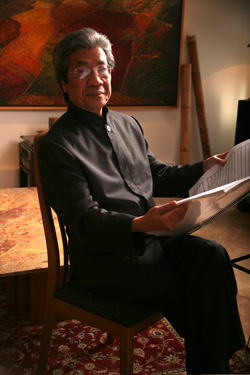 Starting Thursday, Zeitgeist premieres a major new chamber work by Cambodian-American composer Chinary Ung. “Spiral XIV: Nimitta” brings vocalization, chant, and Cambodian percussion together with Zeitgeist’s signature instrumentation: two percussion, clarinet and piano. In 1989, Ung won the international Grawemeyer Award, a prestigious and lucrative honor equivalent to (in the world of composers) a Nobel or a Pulitzer. He has also received awards from the Kennedy Center, the American Academy of Arts and Letters, the Guggenheim Foundation, the NEA, and the list goes on. “Spiral XIV” is his second Minnesota commission; the SPCO premiered his “Rain of Tears” in 2006. Ung marries Eastern and Western traditions and techniques in music that has been described as spiritual, transformative, otherworldly, profoundly moving, highly authentic and utterly unique. Here’s an article worth reading about this amazing and inspiring man. Here’s a taste of his music – a video recommended by Zeitgeist’s Heather Barringer. “Spiral XIV” was commissioned by Zeitgeist (with help from many funders); Ung will be present on Saturday night. Also on the program:  John Cage’s “Ryoanji” and Paul Dresher’s “Double Ikat,” both Asian-influenced. 7:30 p.m. Thursday-Saturday, May 17-19, 2 p.m. Sunday at Studio Z. FMI and tickets.

If you listen to “Morning Edition” or “All Things Considered” on Thursday, you’ll hear your humble Artscape writer in her occasional role as an Art Hound. Each week, MPR News invites three people from the Minnesota arts community to talk briefly about an upcoming event. If you can’t listen live, there’s always the web.

On Friday at 2 p.m., a memorial service for John Cowles Jr. will be held at the Guthrie. Open to the public, the service on the thrust stage will honor and remember the former publisher of the Minneapolis Star and Tribune newspapers, lifelong philanthropist, and MinnPost supporter. Cowles died March 17 at age 82.