The Saint Paul Chamber Orchestra has won a 2011-12 ASCAP Award for Adventurous Programming. Each year, ASCAP and the League of American Orchestras recognize orchestras across the U.S. for programs that challenge the audience, build the repertoire, and increase interest in music of our time. The SPCO earned third place among Group 1 orchestras for programming of contemporary music; the Los Angeles Philharmonic, led by media darling Gustavo Dudamel, came in first.

If you notice more people than usual humming to themselves starting Wednesday, it’s because the Chorus America conference is in town. Co-hosted by VocalEssence, this means bliss for those who love choral music. Tickets are still available for the opening gala concert at Orchestra Hall on Wednesday at 8 p.m. featuring (deep breath) the Minnesota Youth Choir Consortium, The Singers, One Voice, National Lutheran Choir, Cantus, Minnesota Chorale, Choral Arts Ensemble, VocalEssence Chorus, and Magnum Chorum.

magnumchorum.orgMagnum Chorum will be performing at the Chorus America conference.

After a nationwide search that began early this year, the Textile Center found its new director close to home. Starting June 25, Timothy Fleming of St. Paul will succeed founding director Margaret Miller, who steps down after 18 years. Owner of the upscale design firm Timothy Fleming Interiors, he chaired the Textile Curatorial Council for the Minneapolis Institute of Arts for nearly a decade. He also co-founded the home accessories retailer Ampersand, now in the Galleria, formerly at 50th and France.

Also on Thursday, June 14, Minneapolis writer Ann Bauer reads from her new novel, “The Forever Marriage,” at Common Good Books. Bauer’s tale of a faithless widow, mother of a child with Down syndrome, and fierce friend is winning raves from Publishers Weekly, Booklist, the Pi Press, and the Strib, which crowned it “a perfect read.” 7 p.m., free.

And on Thursday, you can see Christopher Plummer as Prospero in Shakespeare’s “The Tempest.” Not (alas) live and on stage, but (hark!) up close, in HD and, depending on where you go, with a cocktail. The Stratford Shakespeare Festival’s production will be broadcast to U.S. movie theaters starting at 7 p.m. Filmed in Canada over two days, it includes a Q&A with the actor and Tony-winning director Des McAnuff. FMI and tickets. 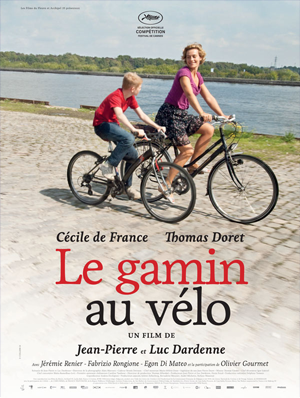 Three top Minnesota arts organizations hold their annual fundraisers this month. Each is two-tiered, with a big-ticket event ($$$) aimed at big-pocket donors and a smaller-ticket event ($) aimed at young professionals. Save up, find something to wear, and get ready to schmooze, see, and be seen.

Saturday, June 16, belongs to the Minnesota Orchestra. “Symphony Ball 2012: Music of the Night” ($$$) starts at 5:30 at the Depot. FMI and tickets. “Crash the Ball” ($), with music by Francine Roche, Mark Stillman, and DJ Jonathan Ackerman, begins at 8 p.m. FMI and tickets. On Friday, June 22, Amsterdam lights up Minneapolis at the Minneapolis Institute of Arts’ annual gala. ($$$) How perfect that this coincides with the opening of “Rembrandt in America,” the largest collection of Rembrandts on the continent. The After Party ($) starts at 9 p.m. and includes an exhibition preview and entertainment by Karen Paurus and DJ Jesus Juice. FMI and tickets. On Saturday, June 23, it’s the Guthrie’s “Midsummer Mischief: A Costume Ball” ($$$) from 5 p.m. into the night. FMI and tickets. The entire Guthrie building is given over to this event, which includes a gourmet dinner with Joe Dowling on the Wurtele Thrust Stage. (I’m searching the site, so far unsuccessfully, for a “Fly on the Wall, Get in Free” link.) Later that night, the Level Four Lobby will host the “Midsummer Mischief Dance Party” ($) starting at 9 p.m. with Dr. Mambo’s Combo, Mayda, and DJ Jake Rudh. (Note to organizers: A party without Jake Rudh is a party without Jake Rudh.) FMI and tickets. Need a costume? That’s what Costume Rentals is for.

Vermont Public Radio is copying MPR, and MPR is OK with that. VPR has added an “Art Hounds” segment to its Thursday afternoon programming during “All Things Considered.” “Art Hounds” features area arts enthusiasts recommending arts events they’re excited about. MPR is always looking for new Art Hounds. If you’re interested, I can promise that the patient and charming Chris Roberts will make you sound like an incredibly informed and articulate aficionado, and for months your friends will say, “Hey! I heard you on the radio!”

The Current’s Andrea Swensson reports that the Varsity Theater has partnered with House of Blues. HOB has hired the Varsity’s talent buyer Josh Lacey, and the venue now enters into an exclusive booking and promotion agreement with HOB Entertainment, which is owned by Live Nation, the mega-promoter behind the River’s Edge Festival coming up on Harriet Island June 23-4. The Varsity is a small Dinkytown venue; Lacey will also book HOB events at the Pantages, State and Orpheum. Is a spreading Live Nation foothold in the Twin Cities a good thing or not? Some locals say not.

The State Fair has added two more grandstand shows. For Tuesday, Aug. 28: Singer/songwriter/actor (“Camp Rock”) Demi Lovato with special guest Hot Chelle Rae. For Saturday, Aug. 25: Blake Shelton, country music superstar (and half of a country music supercouple; his wife is Miranda Lambert). Sunny Sweeney will warm up the crowd. Also: Big K.R.I.T. has been added as a special guest of rappers Wiz Khalifa and Mac Miller on Monday, Sept. 3. A final grandstand show has yet to be announced. Fair, don’t make me hold my breath until I turn blue. Full lineup (to date) and tickets here.

Minnesota Citizens for the Arts has a full-time position open for a grassroots field worker. Working closely with the MCA staff and board, he or she will help to organize the arts community for the 2013 legislative session. Full description here. Résumé and cover letter due Thursday.

A bit far afield but of interest to arts advocates: In 2011, the Republican governor of Kansas, Sam Brownback, eliminated all arts funding for his state. He gave it the black eye of being the only state without a public arts agency, cost it over a million dollars in matching funds from the federal government and a regional arts alliance, brought a storm of national criticism on his own head, and created a lot of ill will. (The Lawrence Arts Center had trouble finding money for toilet paper.) On Friday, Brownback signed a budget for FY13 that includes $700,000 for the Kansas Creative Arts Industries Commission, a newly created agency that merges the state’s film commission with the former arts commission.

Two hours of one-liners, Park Square Theatre’s staging of Neil Simon’s “Laughter on the 23rd Floor” is a sweet summer bon-bon and a guaranteed good time. A full house on opening night laughed loudly and often, boding well for the month-long run. Directed by Zach Curtis, the play is based on Simon’s experience as a young writer for Sid Caesar’s “Your Show of Shows” in the early 1950s and set in the writers’ room (on the 23rd floor of a Manhattan office building), with characters inspired by real people: Mel Brooks, Larry Gelbart, Mel Tolkin, Simon, Caesar. They’re brainy, witty, volatile, vicious and quick, all requirements for comedy writers. 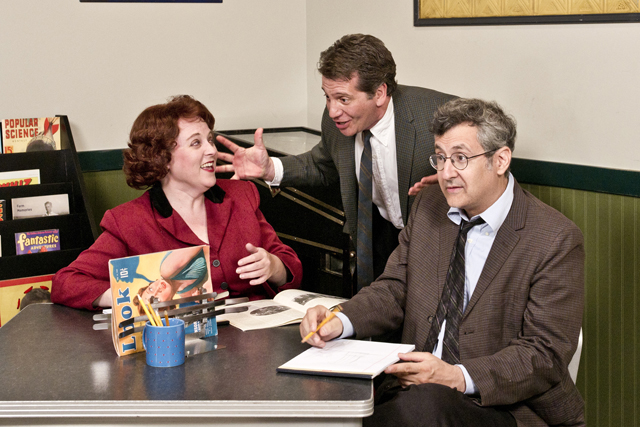 An airy thread of story ties things together – the usual network vs. creative conflict, with McCarthyism thrown in – but it’s really about the jokes, which are genuinely funny, and the timing, which is impeccable. (Five minutes in, you realize that this play sinks or swims on timing.) The cast includes the marvelous Craig Johnson as Kenny (wait for his Jack Benny gesture, repeated just often enough to be hilarious without getting old), Ari Hoptman as the brilliant, hypochondriac, chronically tardy Ira, and Bob Malos as Val, complete with improbable Russian accent. All wear their roles like comfortable shoes. The only actor who strains a bit is Michael Paul Levin, perhaps because his character, Max Prince, is the most psychotic. But that’s a minor quibble about an otherwise terrific production I’d see again, if only to catch all the jokes I missed the first time. Ba-dum-bum. Ends July 8. FMI and tickets.