On Friday and Saturday, the Minnesota Orchestra will be over the rainbow. The orchestra’s first concert after vacating the hall on the Mall is a multimedia tribute to Harold Arlen featuring new orchestrations of popular songs including “Get Happy,” “One for My Baby,” “Let’s Fall in Love,” and (of course) “Over the Rainbow,” with video and photos projected onstage. Performing with the orchestra are singers George Bugatti and Hilary Gardner and a trio of Twin Cities musicians: Tommy Barbarella (piano), Jeff Bailey (bass) and JT Bates (drums). Sarah Hicks conducts. 8 p.m., Ted Mann Concert Hall. Come early for live music by the Jason Weismann Quartet on the outdoor terrace overlooking the river. FMI and tickets. 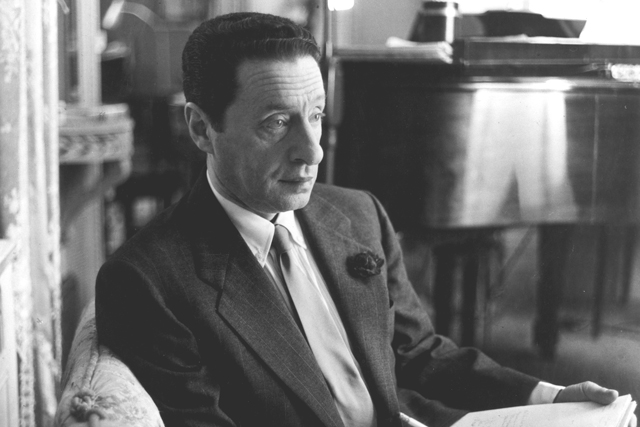 Ten things to love about the American Swedish Institute: 1. The brand-new, light-filled, airy and green Nelson Cultural Center, which has its “Grand Öpening” this Saturday.  2. Its sedum and grass roof.  3. That the 34,000-square-foot addition was built without a peep of protest from the surrounding Phillips neighborhood.  4. The leather-wrapped handrails on the central staircase.   5. How imaginatively the addition honors the Turnblad Mansion, the original “castle” the ASI long ago outgrew. Its profile is lower. Huge windows invite visitors to notice and admire the mansion. The slate that sheathes much of the new building is a nod to the mansion’s slate roof.  6. The tender and respectful way the new building joins with the old. The two are connected by a “skyway on the ground” called the Link, whose clean, straight lines make way for the curve of the carriage house turret. A tower housing a new elevator and stairway improves accessibility. A magnificent 2,400-pound limestone horse formerly to the right of the carriage house door has been removed, restored, and installed on a pedestal.  7. The sunny and welcoming central courtyard.  8. The state-of-the-art catering kitchen on the Nelson Center’s second floor. On Wednesday, it smelled like cardamom cookies.  9. That the ASI may well become Minnesota’s first museum certified LEED Gold. 10. The many public spaces for classes, meetings, and events including weddings.  Minnesota Monthly arts editor Tim Gihring will be the first to tie the knot there after this weekend. “We’re the wedding guinea pigs,” Gihring says. Grand Öpening Saturday, June 30, 11 a.m. – 9 p.m. Calendar of events here.

If you’re kicking yourself for not getting tickets to Saturday’s “Wits” at the Fitz – the season finale with Amy Sedaris and They Might Be Giants (kick, kick) – all is not lost. Turn your radio to 91.1 at 8 p.m. that night. For the first time ever, MPR will broadcast a “Wits” show live. If you’re doing something else that Saturday (like going to the Twin Cities Jazz Festival, for example), no worries; you can hear the rebroadcast on 89.3 The Current on Sunday, July 1, at 9 p.m. Or listen online later.

Opening Saturday at Hopkins Center for the Arts: “Velocity 2: The Art of Motion.” A celebration of the automobile (and occasional motorcycle) in bronze, photography, painting and sketches. The exhibit runs through Aug. 3, but if you can, you’ll want to attend the opening reception Saturday night from 7-10 p.m., when 30 rare and interesting cars will travel down Mainstreet Hopkins, once famous as a cruising street. FMI.

Courtesy of Hopkins Center for the Arts1964 VW Notchback roadster, part of ‘Velocity 2: The Art of Motion’

Opening Saturday at the Minnesota History Center: “The U.S.-Dakota War of 1862.” Although the war lasted just six weeks, it had a horrific aftermath: the hanging of 38 Dakota men in Mankato on Dec. 26, 1862 (the largest mass execution in U.S. history); the internment of some 1,600 Dakota and mixed-race people at Ft. Snelling, where hundreds died, and the forcible removal of the survivors to reservations; the killing of countless Dakota people. Historical traumas still echo in descendants of those touched by the war. The exhibit features documents, images, oral histories, artifacts and resources for researching family history. 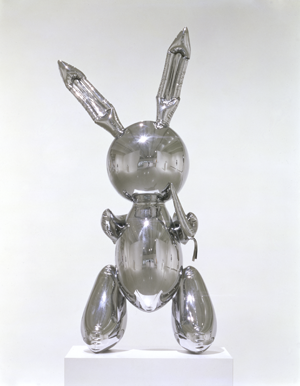 Courtesy of the Walker Art CenterRabbit by Jeff Koons

Opening Saturday at the Walker: “This Will Have Been: Art, Love & Politics in the 1980s.” The survey of a decade many people would rather forget comes to us from the Museum of Contemporary Art in Chicago, where the Chicago Tribune noted that “viewers of any age must check all the usual expectations for a retrospective exhibition at the door.” Covering the years 1972-1992, it brings together 100+ works including paintings, sculpture, photography, video, audio, works on paper, and documentary material grouped by theme: Democracy, Gender Trouble, Desire and Longing, and The End Is Near. Many works are by artists who died of AIDS-related illnesses. FMI.

Starting Saturday: Shakespeare outdoors at Century College in White Bear Lake. Shakespeare & Company launches its 37th season with “The Merry Wives of Windsor,” to be followed by Molier’s “Tartuffe” and the Bard’s “Cymbeline.” Fridays and Saturdays at 7 p.m., Sundays at 6 p.m. through Aug. 5. FMI. Tickets at the box office, seating on the lawn. The Great River Shakespeare Festival is under way at the Performing Arts Center at Winona State University in Winona. For its ninth season, the company presents “King Lear,” “Two Gentlemen of Verona,” “The Complete Works of William Shakespeare (Abridged),” and “All’s Well That Ends Well.” Here’s Ed Huyck’s article for City Pages.

On Sunday and Monday, the great guitarist Bill Frisell brings his John Lennon project to the Dakota. Even if you spend all weekend at Jazz Fest, you won’t want to miss this innovative, transforming music. About his latest CD, “All We Are Saying,” Frisell says, “John Lennon’s music has been with me, the band, everybody, the world … seems like forever. The songs are part of us. In our blood. There was nothing we really needed to do to prepare for this. We’ve been preparing our whole lives.” Frisell’s band is bassist Tony Scherr, guitarist Greg Leisz, and drummer Kenny Wollesen. 7 p.m. FMI and tickets.

Do you have what it takes to compete on “The Voice”? Here comes your chance to find out. Open-call auditions are being held Saturday and Sunday, July 14-15, at the Saint Paul River Centre. Register here. You’ll need to prepare three current, recognizable songs and “be prepared to share personal stories and explain why [you] are a star in the making.”