Get ready for a royal visit. In early October, King Carl XVI Gustaf and Queen Silvia of Sweden are coming to Minnesota. They’ll spend Friday, Oct. 5, at Gustavus Adolphus College (in celebration of the 150th anniversary of its founding by Swedish immigrants in 1862) and Saturday, Oct. 6, at the American Swedish Insitute (in honor of the dedication of the new Nelson Cultural Center). Gustavus is holding a lottery online for tickets to events featuring Their Majesties including a worship service, a seminar honoring the king, and a seminar honoring the queen. The lottery is open to the public until Aug. 31. Here’s hoping TMs will have some free time to rent Nice Ride bikes and pedal around the lakes. 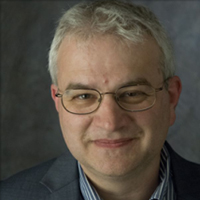 Kevin Ramach has been named president and general director of Minnesota Opera, effective immediately. When Allan Naplan stepped down in March, Ramach, previously the production director, was appointed interim managing director. The opera board liked what they saw and decided unanimously to offer him the job. Ramach spent 11 years (1988-1999) with Minnesota Opera in various positions, left for seven years with the Kentucky Opera, and returned in 2006. “Kevin has been an effective part of the company’s creative team for years,” says artistic director Dale Johnson, “particularly as we’ve broken new ground with world premieres, high-level coproductions and media projects.”

MPR has announced the next season of “Talking Volumes.” Hosted by Kerri Miller, held at the Fitz, the 13th year of the popular book lovers’ series features Junot Diaz, “This Is How You Lose Her” (Sept. 18), Jeffrey Toobin, “The Oath: The Obama White House and the Supreme Court” (Sept. 26), Dr. Abraham Verghese, “Cutting for Stone” (Oct. 10), and Erin Morgenstern, “The Night Circus” (Nov. 9). Eclectic as always. MPR member presale for season ticket packages starts today at noon. Packages and single show tickets go on sale to the general public Friday, July 27. Call 651-290-1200. 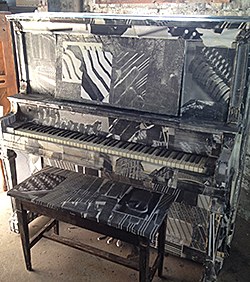 Courtesy of the Minnesota State FairPianos on Parade

Among the many new attractions at this year’s State Fair: “Pianos on Parade” brings an “artistically transformed” piano from the Twin Cities project to Family Fair at Baldwin Park. “Twelve Artists, Twelve Hours, Twelve Days” is a window into the world of the working artist. Each day of the fair, a Minnesota artist will create artwork from 9 a.m. to 9 p.m. in the Fine Arts Center. Participating artists include Abigail Wood Anderson, Loretta Bebeau, Cheng-Khee Chee, Fred Cogelow, Gregory Euclide, Fawzia Khan, Ron Merchant, Kimber Olson, Dani Roach, Sean Smuda, Scott Stulen and Michelle Westmark. Stop by to see them sculpt, draw, paint, shoot photos, weave, make prints, and more. For those who believe that beer is art (well, isn’t it?), the Minnesota Craft Brewers Guild will be in the west hall of the Agriculture Horticulture Building with information about Minnesota’s brewing history, how craft beer is made here, and (now we’re talking) sample beer flights.

If you’re an artist who submitted a piece to this year’s State Fair Fine Art Exhibition and got rejected, don’t feel too badly. So did photographer Alec Soth. Apparently his “Brooklyn Center, Minnesota” did not pass muster with the fair’s judges, who might want to wear bags over their heads for the next few months. 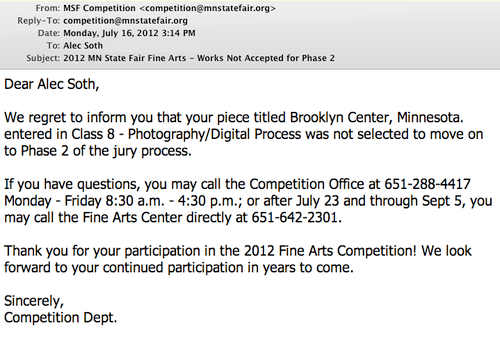 The New Century Theatre, the newest jewel on the Hennepin Theatre Trust’s string, launches a series of local acoustic music and conversations in August. The “Acoustic Century” series begins Thursday, Aug. 2 with Gabriel Douglas (The 4onthefloor) and Dannie O’Brien (The Farewell Circuit). Topics include the songwriting process, what it’s like to be part of the local music scene, and life on the road. If we see a few similarities to the Current’s “Works for Words” at the Fitz, I’m OK with that. 8 p.m. FMI and tickets.

What is “fingerstyle” guitar? Like, how else would you play it? Jokes aside, fingerstyle means plucking the strings with the fingertips or nails instead of using a plectrum (pick). In the hands of a master, a 6- or 12-stringed guitar takes on the qualities of a piano or whole orchestra. Along with playing melodies and chords, the fingerstylist can create independently moving bass lines and inner voices – polyphony. Chet Atkins was a fingerstylist, as was John Fahey. So are Minnesotans Leo Kottke and Tim Sparks. (In a recent email, Sparks mentioned that he’s currently transcribing Stravinsky, Prokofiev and Shostakovich for solo guitar.) 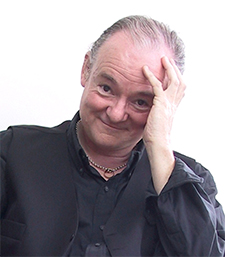 All of which serves to introduce Adrian Legg, a UK player whose 17-city U.S. tour behind his latest release, the exquisite “Slow Guitar,” comes to the Dakota tomorrow (Wednesday, July 25). Named “Best Acoustic Fingerstylist” and “Guitarist of the Decade” by America’s “Guitar Player” and Britain’s “Guitarist,” respectively, featured often on NPR, Legg is also a crowd-pleaser who salts his shows with stories and banter. If you’re a guitarist without a gig that night, or someone who loves the guitar, this is a no-brainer. One show only, 7 p.m. Tickets here or call 612-332-5299.

Chinese artist and dissident Ai Weiwei made the news again last week when he lost his appeal of a $2.4 million tax evasion case. In 2011, he spent 81 days in solitary confinement, yet he continues to speak out against the authorities. On Wednesday, the Walker will host the area premiere of “Ai Weiwei: Never Sorry,” a film by Alison Klayman that won the U.S. Documentary Special Jury Prize for Spirit of Defiance at Sundance. 7:30 p.m. in the shiny new Walker Cinema. FMI and tickets. Official trailer here. Opens at the Lagoon Aug. 3.

Karen Thompson’s debut novel, “The Age of Miracles,” has already been optioned for film, and no wonder: it’s a sci-fi spectacular made for the multiplex. On a routine Sunday morning, 11-year-old Julia and her family wake to a news report about the slowing of the earth’s rotation. The 24-hour day grows to 25 hours, then 26, increasing by several more minutes of sunlight and darkness each day. Needless to say, this is not a good thing. Walker reads at Magers and Quinn on Thursday at 7:30 p.m.

And on Thursday, IFP Minnesota (aka Minnesota Center for Media Arts) throws itself a 25th anniversary party at Hell’s Kitchen featuring a silent auction, Wall of Wine, screening of work by IFP’s Youth Media Crew, public premiere of “Minnesota Mean,” actors and costumes from “Death to Prom,” and music by DJ Larry Englund. FMI and tickets. Advance online sales end today at 5:30.

On Friday, Ragamala Dance celebrates its 20th anniversary with “Rasa,” a gala at the James J. Hill Reference Library. The evening begins on the terrace with champagne and live jazz by the elegant vocalist Charmin Michelle and the debonair pianist Rick Carlson, then continues with a silent auction, a multi-course Indian dinner, and more live music by Anja Swaminathan (violin) and Rajna Swaminathan (mridangam). FMI and tickets.

Seven reasons to run, walk, or shuffle to “The Sunshine Boys” at the Guthrie: 1. What a play! Neil Simon’s classic comedy about two old vaudeville stars is hilarious and touching. Some things about it have aged with the passage of time (Simon wrote it 40 years ago), but to focus on those is to nitpick needlessly. Forgive the occasional groaner and don’t get your PC undies in a bundle. Just enjoy. 2. Such a cast! As Al Lewis and Willie Clark, Raye Birk and Peter Michael Goetz are two wise and crafty, pitch-perfect lions of the stage. Robert O. Berdahl takes what could have been a whiney, irritating role – that of Clark’s put-upon nephew and agent, Ben Silverman – and fills it with tenderness and affection. As the Registered Nurse, Greta Oglesby almost but not quite steals a scene from Goetz. (It would be wrong and she knows it.) 3. Zingers! Goetz speaks almost entirely in jokes, gibes and comebacks, but as the play unfolds, they reveal a man who’s trapped in his own disappointment and bitterness. 4. Goetz’s slow shuffle and Birk’s proud posture are just two of the many details that sharply define their characters. 5. Scenes that take their time. Goetz answering the door (“Wait a minute … wait a minute …”), Goetz and Birk moving the furniture around in Clark’s hotel apartment for what seems like forever – a slow, sidesplitting dance. 6. The over-the-top, rapid-fire, things-flying-through-the-air vaudeville sketch in the TV studio, and the giant “VAUDEVILLE” sign. 7. The shared pleasure of laughing with a crowd. Through Sept. 2 on the thrust stage. FMI and tickets.

Ten totally different concerts, on sale now. Something for almost everyone?