Coming to the Fitz on Saturday, Sept. 8: Loretta Swit in “Eleanor: Her Secret Journey.” Best known for her Emmy-winning role as “Hot Lips” Houlihan on TV’s “M*A*S*H,” Swit has spent most of her career since on stage. Based on a play by Rhoda Lerman about Eleanor Roosevelt’s journey from the White House to the United Nations, “Eleanor” is a solo performance. Tickets go on sale to MPR members today (Tuesday, July 17), to the general public on Friday.

The Twin Cities performing arts community continues to mourn the loss of photographer Ann Marsden, who died Sunday, July 8, at age 55. Mary Abbe and Rohan Preston wrote about her for the Strib; Marianne Combs for MPR; Susannah Schouweiler for KnightArts; Andy Greder for the Pi Press. Facebook is full of photographs taken by her. On Saturday night, Sommerfest conductor Andrew Litton dedicated the Minnesota Orchestra’s performance of Tchaikovsky’s “Pathetique” to Marsden. A memorial service and celebration of her life will be held Sunday, Aug. 12, starting at 2:30 p.m. at the Fitzgerald Theater, with a reception to follow.

On Facebook, mnartists.org asks, “Does someone want to host an Etsy Craft Party on Walker Open Field?” Brilliant idea. We live in a community of crafters – enough to populate countless art shows plus crafts-specific throw-downs like the No Coast Craft-o-Rama, St. Paul Craftstravaganza, and the forthcoming Minneapolis Craft’za. If you’re not familiar, Etsy is an online crafters’ marketplace. This year’s party theme, “Wish You Were Here,” invites projects with a local flavor. Here’s the Open Field proposal form. Read the Tips and FAQs first. 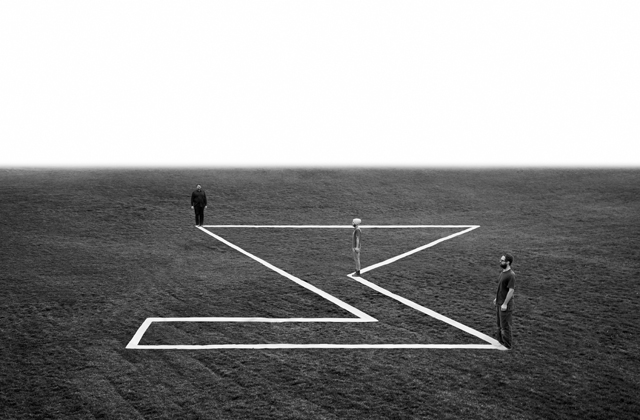 Courtesy of the Walker Art CenterMinneapolis-based design studio ROLU will be filling the Walker’s Open Field with lawn-friendly versions of works from the Walker’s collection.

In residence on Open Field today through July 29: ROLU, an experimental design studio based in Minneapolis whose members are interested in landscape design, furniture design, collaborative architecture, art history, urban planning, public art, and, it seems, pretty much everything else. They’re filling the Field with outdoor galleries and lawn-friendly versions of works from the Walker’s collection by On Kawara, Yoko Ono, Alec Soth, Richard Serra and others. Observe, participate, and help re-create artworks. 11 a.m. – 5 p.m. Tuesdays through Saturdays (until 10 p.m. Thursdays). FMI. Here’s ROLU’s blog.

In the year following its $14 million expansion and re-opening, the Weisman continues to focus on its own collections. Open now: “The WAM Files: The Art of the Archives.” Scrapbooks, photographs, correspondence, and other  documents tell of the first 40 years (1934-1974) of the museum’s history. How did the museum come to be? Who were the artists and what were the exhibitions that shaped it? Museums don’t just acquire and display historical objects; they have their own institutional histories, their own stories to tell. Through Feb. 17. 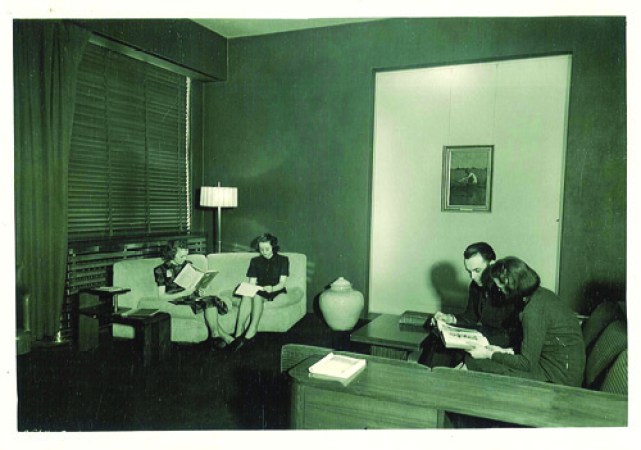 Now in its 25th year, Illusion Theater’s “Fresh Ink” series is a summer tradition for artists and theatergoers. Artists try out new scripts and works in progress; audiences preview plays that may become full-length productions (many do). Coming up: “It Happened in Texas: Dallas, Jack Ruby and the Lone Star State,” an interactive conversation among Texan Tessie Bundick and Minnesotan Beth Gilleland, with historical film footage, visual documentation, and “improbable details.” July 19-22. Next week: “A Night in Olympus: A Musical,” a novel look at Prom Night with music and lyrics by Chan Poling (The Suburbs, The New Standards), book by playwright Jeffrey Hatcher and Bill Corbett (“Mystery Science Theater 3000”). July 26-29. 8 p.m. Thursdays-Saturdays, 7 p.m. Sundays. FMI and tickets.

It’s a nutty idea: make a movie in just two days, start to finish, rain or shine, heat or cold. And yet, filmmakers around the world sign up each year for the 48 Hour Film Project. (Writers who deal with a lot less equipment and far fewer people get 30 days in National Novel Writing Month.) If you missed the first screenings – held on June 10, two days after finished films were due in Minneapolis – you can amble in a more leisurely fashion to the Crooked Pint Ale House this week, where all 66 films made here will be shown over three nights. Tonight through Thursday, starts at 7 p.m. Complete schedule here.

What are you doing tomorrow night (Wednesday, July 18)? Why not take a storytelling cruise down the Mississippi on board the historic “Jonathan Padelford” riverboat? A joint project of Mississippi River Fund, Works Progress, the National Park Service and Padelford Riverboats, the first of three “River City Revues” set for this summer features New Orleans-style jazz by the Southside Aces brass band, stories about the river and St. Paul from historians, park rangers and artists, and a history of wastewater treatment in the Twin Cities by Pig’s Eye wastewater plant manager Larry Rognacki. Susannah Schouweiler describes the event as “an entertaining opportunity to see the Mississippi and its place in our lives with new eyes … set against a 360-degree view of the verdant Upper Mississippi in full summer glory.” Tomorrow’s theme: “Drinking the River.” Wednesday, Aug. 1: “Wicked River,” Wednesday, Aug. 15: “The River Imagined.” Cruises depart from Harriet Island at 7 p.m., return at 9. FMI and tickets.

And you thought Minnesota was a safe, even rather stodgy place to live. Author Ben Welter peels back the mask in “Minnesota Mayhem: A History of Calamitous Events, Horrific Accidents, Dastardly Crime & Dreadful Behavior in the Land of Ten Thousand Lakes.” Fires! Flu outbreaks! The arrest of Frank Lloyd Wright! Welter is the Strib’s news copy chief and blogger at Yesterday’s News, so if it happened here, he probably knows about it. He’s at Subtext, the new bookstore where Garrison Keillor’s old bookstore used to be, on Wednesday starting at 7 p.m. Subtext is at 165 Western Ave. N., beneath Nina’s Coffee Café, in St. Paul.

Hennepin Theatre Trust and Minneapolis Musical Theatre have formed a new partnership to showcase MMT’s upcoming season. Founded in 1992, MMT has produced more than 45 shows to date, including 24 area premieres. What began as a touring troupe became the first “company in residence” at the Bryant Lake Bowl Theater, then hopped to Hennepin Stages and Illusion Theater and now has a home at the Trust’s New Century Theatre in City Center. Details about the season are forthcoming. It’s good to see a major organization like Hennepin Theatre Trust reach out to local organizations as well as Broadway touring companies.

Grammy-winning soprano Christine Brewer and celebrated mezzo-soprano Denyce Graves will star in the world premiere of “Doubt” by Douglas Cuomo (composer) and John Patrick Shanley (librettist), the Minnesota Opera announced Friday. Based on Shanley’s Pulitzer- and Tony-winning play, which became an Oscar-nominated motion picture, this is the second commission of the opera’s New Works Initiative. The first, “Silent Night: An Opera in Two Acts,” earned a 2012 Pulitzer for its composer, Kevin Puts. “Doubt” is scheduled for January 2013. In other news, Maestro Michael Christie begins his tenure as music director in September, and an eighth performance of “Turnadot” has been added in April 2013 in anticipation of demand. This is the Minnesota Opera’s 50th anniversary season, so we can expect an even more festive-than-usual air, bolstered by the organization’s financial health (it expects to finish the 2012 fiscal year in the black) and growing reputation as one of America’s top-tier opera companies. Single tickets to all performances go on sale Monday, July 23.

Got an iPhone, iPad or iPod Touch? The SPCO has a free app that lets you listen to more than 250 complete performances by the orchestra. I played with it on Sunday and it’s rich and varied – works by John Adams, J.S. Bach (the Brandenburgs), Beethoven, Alban Berg, Elliott Carter, Aaron Copland, and all the way through Bernd Alois Zimmermann, whoever he is. You can also use the app to access a calendar of upcoming performances, learn more about the musicians, and turn back tickets. FMI.

On the topic of free music, I wish the Minnesota Orchestra would offer free downloads of recordings made during its star-studded, jam-packed Season Finale concerts (June 14-15), the last concerts before renovations began. (Selections include Skrowaczewski conducting Bach’s “Toccata and Fugue in D minor,” Irvin Mayfield playing his trumpet on “Over the Rainbow,” and a new choral work, “Let Us Start the Great Round,” commissioned for the event.) True, each costs only $1.29, but it would be a nice gesture IMHO for people who attended one of the concerts, and especially for those who couldn’t.

Tickets go on sale this Friday, July 20 (for real) to David Byrne with St. Vincent at the State on Saturday, Sept. 15. Earlier we reported a wrong on-sale date. Sorry about that. FMI and tickets.