The Minnesota State Fair starts Thursday. Here’s how to save a few dollars at the turnstile: Buy pre-Fair discount admission tickets at participating Cub Foods stores through tomorrow (Wednesday, Aug. 22) while supplies last; at the State Fair box office through Aug. 22; at Cub Foods outlets or Outstate Ticket outlets, again WSL. Or go on one of the promotional days. Like “Read & Ride Day” on Wednesday, Aug. 29, for people with valid public library cards.

When I try to describe the Fair to someone not from around here, I feel a bit like Roy Batty, Rutger Hauer’s android character in the sci-fi film “Blade Runner,” giving his dying speech: “I’ve seen things you people wouldn’t believe. Attack ships on fire off the shoulder of Orion …” I’ve seen Michele Bachmann in white gloves and a pillbox hat. Acres of Zubaz. Men and women tattooed from stem to stern. Square dancers, cheerleaders, puppies, parades, butter busts of dairy princesses, seed art, flower arrangements, chickens, horses, enormous RVs, Minnesota governors, meatball sundaes, tractors, escaped hogs running down Judson Ave., litters of baby pigs, screaming people (mostly on the Midway), bunnies, cows, concerts, hucksters, quilts, paintings, Sock Monkey dresses and the world at night from the top of the Ferris wheel, one of the best views anywhere. If you can see it, smell it, eat it, ride on it or step around it, you’re almost guaranteed to find it at the Fair. 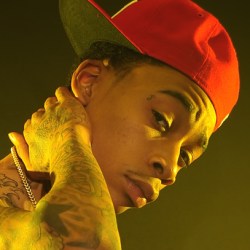 Steeped in tradition, the Fair is always reinventing itself, adding new attractions, exhibits, food and events. Better late than never, there’s a hip-hop grandstand show this year (Wiz Khalifa and Mac Miller on Monday, Sept. 3). Of the nearly 500 things you can eat at the Fair, 40 are making their debut, including bacon ice cream, lamb fries and spaghetti sticks. Among the fresh attractions are an inflatable walk-through sculpture, outdoor laser light show, and a ride called the Orbiter that would make me throw up. And there’s free live entertainment all the time, from big-name acts to the Doggies of the Wild West.

You can plan every minute of your visit using the Fair’s friendly website. With the online Fun Finder, you can view all the events happening on a certain day, click those that interest you, and print a personal schedule. Or you can wander aimlessly, following your nose to the nearest deep fryer, stumbling on a talent contest or livestock judging (in the shiny new AgStar Arena), checking out the snakes at the DNR Park and collecting bags full of free stuff. To get there, take a free bus from one of 35 Park & Ride locations or a State Fair express bus ($5 round trip) from one of 19 sites throughout the Twin Cities. Or ride your bike and park free. Through Sept. 3.

Some of us remember the brouhaha that erupted in the arts community in 2008, when the then-new board of the Southern Theater fired its longtime artistic director, Jeff Bartlett. It’s déjà vu all over again at IFP Minnesota, a center for independent film and photography, whose board last week dismissed its executive director, Jane Minton. During her lengthy tenure, Minton helped found the Minnesota Blockbuster Film Fund, which became the McKnight Screenwriting Fellowship, which IFP administered. (Didn’t the Southern also administer McKnight fellowships? Yes, it did.) On Thursday, IFP communications director Kathleen Maloney posted a brief and breezy letter on the website about “reimagination and reorganization,” “changes and innovations,” “transition and evolution.” The Daily Planet’s Sheila Regan has the latest. The board isn’t responding and Minton isn’t saying much, but others are, including “one former employee, who requested anonymity.”

Suzy Greenberg, founder and artistic director of the Soo Visual Arts Center (SooVAC), founding member of the Rosalux Gallery, artist, mentor, collector, curator, and advocate for the arts, died Thursday at age 44. The Strib’s art critic Mary Abbe reported her death on Friday. The SooVAC website will have information on memorial services and more.

Another death last week has shocked the Twin Cities music community. Brent Grulke, director of the annual South by Southwest (SXSW) music festival, died Monday, Aug. 13, at age 51. Grulke booked the music for the influential annual gathering, which features so many area bands that the Current sends staff to Austin, Texas, to report live. The Strib ran the New York Times’ story about Grulke’s death on Saturday.

For “Downton Abbey” fans who can hardly wait for Season 3 to begin (Free Bates!), TPT is dangling a big, fat carrot: get invited to the “Downton Abbey” party on December 8 and see the season premiere a month early on the big screen in their studio. How to get invited? Make a minimum pledge of $72. Deets here. Curse you, TPT!

The new partnership between the Guthrie and the Film Society is even better than we knew last week. Along with hosting a David Cronenberg Retrospective inspired by Christopher Hampton, the Film Society’s St. Anthony Main Theatre will take over screenings of the “NT Live” series originating from the National Theatre of London. “NT Live” broadcasts HD performances of its plays to more than 300 venues worldwide. The films were formerly shown at the Guthrie. The next “NT Live” season starts Thursday, Sept. 20, with “The Curious Incident of the Dog in the Night-Time,” based on the novel by Mark Haddon. It continues with “The Last of the Haussmans,” a new comedy by Stephen Beresford (Nov. 1), and Shakespeare’s “Timon of Athens” (Nov. 15). Are HD broadcasts of arts events into movie theaters good or bad for the arts? Who wouldn’t want to see Wagner’s “Ring” at the Showplace Icon theater in the West End? Well, maybe that’s only for opera nerds. But what about a Jazz at Lincoln Center concert with Wynton Marsalis and Eric Clapton? Or a 3-D production of the opera “Carmen” from the Royal Opera House in London? Or the Stratford Shakespeare Festival’s “The Tempest” with Christopher Plummer as Prospero? We’ve eaten popcorn through every one. The Metropolitan Opera’s “Live in HD” 2012-13 season begins Oct. 13 with a new production of Donizetti’s “L’Elisir d’Amore” that looks sublime. But are these broadcasts only encouraging people to spend even more time in front of screens than at live events? In a roundtable discussion about the future of opera held at NPR, a group of experts considers (among other things) whether HD is helping or hurting.

Visual artists, you have until tomorrow (Wednesday, Aug. 22) to submit your 8″ x 10″ work as a possible selection for the Soap Factory’s $99 Sale, to be held at the gallery on Sept. 14. All 150 accepted selections will be priced at $99 each, with proceeds supporting the Soap Factory. Art lovers, you can buy tickets for the sale (and party, with free appetizers, complimentary bar, and music) here. Or come for the Morning After Sale on Sept. 15. Free admission, all remaining works $66.

If you’ve spent the past several days in a cave and have not yet seen the North Side kids’ video “Hot Cheetos & Takis” (over a million YouTube views so far), here it is. Here’s Chris Riemenschneider’s story about it. Which is partly about kids eating junk food but mostly about kids having something fun and productive to do, thanks to an after-school program at the North Community YMCA.

On sale Thursday (Aug. 23): tickets to “Tornado Alley,” a giant-screen film about a storm-chasing expedition through Oklahoma, Kansas, the Texas Panhandle, Nebraska, eastern South Dakota, and eastern Colorado. Storm chasers are people crazy enough to drive toward tornadoes instead of away from them. The film is narrated by Bill Paxton, an adrenaline junkie who grew up in Tornado Alley and starred in the film “Twister” about (you guessed it) storm chasers. At the Science Museum. Tickets and trailer here. Closing Labor Day (less than two weeks from now) at the Science Museum: “Real Pirates: The Untold Story of the ‘Whydah’ from Slave Ship to Pirate Ship.” As they say, “Yer days be numbered.” FMI and tickets.

Under way: Dark & Stormy Productions’ “Outside Providence,” three one-act plays by Edward Allan Baker. This regional premiere is the inaugural production of Dark & Stormy, a new theater company that wants everyone to show up, especially people ages 18 to 35, who are not regular theatergoers. D&S are tailoring their productions to this demographic by producing short, accessible plays, helping members socialize, and bringing in local bands to play live music. Through Sept. 15. FMI. Email tickets@darkstormy.org.

Any arts org that isn’t working to attract younger audiences needs a wake-up call. Zenon Dance recently launched “Motion,” a young professionals group with perks including ticket discounts and members-only events. FMI. Last year the Schubert Club created Theoroi, a select group of “arts ambassadors” ages 21-35 who attend a curated season of diverse arts performances and social events, then use social media to spread the word. Applications for this year’s group are due Friday, Aug. 24. The original plan was for Theoroi membership to last a year, but the 2011-12 group enjoyed it so much that many don’t want to leave. Disclaimer: I’ve had a relationship with Theoroi since its founding, as a speaker at its kick-offs and as a friend who occasionally shows up at events.

Tomorrow at SubText, Twin Cities writer, teacher, and activist Anya Achtenberg reads and discusses her new novel “Blue Earth.” The shared histories of the characters reach back to the US-Dakota War of 1862, the subject of a current exhibit at the Minnesota History Center. 7 p.m., 165 Western Ave. N., St. Paul.

Through Aug. 31, the Black Dog in St. Paul is showing more than 20 photographs by Edward Curtis. After apprenticing in St. Paul during his teens, Curtis traveled the North American continent, documenting the lives of more than 80 native tribes. Some tribes called him “Shadow Catcher.” FMI.