DJ Jake Rudh is having a good week. His “I Want My MTV” Transmission night at First Ave on Friday was, by all posts and tweets we’ve seen, a huge success. It earned a pre-show plug on Sirius/XM Radio from original MTV VJ Martha Quinn, who predicted “a living embodiment of the mosh pit of rad.” On Sunday, the Strib featured the Rudhs’ midcentury modern home. What’s next for DJ Jake? Short answer, his two regular weekly gigs, the Transmission dance night show at Clubhouse Jager on Wednesday (10 p.m.) and “Transmission,” the radio program, on the Current on Thursday (10 p.m.).

While Rudh specializes in retro, DJ Larry Englund spins a lot of funk and soul – plus jazz, rockabilly, folk-rock, psychedelic, world beats, and whatever else the occasion calls for. (He also has a weekly radio show on KFAI, “Rhythm and Grooves,” heard Saturdays from 10:30 a.m. until noon.) As more venues have opened, Englund has stepped in, carrying cases of vinyl to the Amsterdam and Icehouse as well as the Black Dog. Look for the amiable Englund in his trademark fedora this Thursday at the ’Dam for “Vinyl Tap,” his happy hour show. 5 p.m. to 7 p.m.

How does Stillwater manage two really interesting, completely different back-to-back music festivals? Last week it was Square Lake; this week it’s the 7th annual Stillwater Music Festival, organized by the adventuresome string quartet Brooklyn Rider. (Now based in New York, Brooklyn Rider has Minnesota roots.) On Wednesday at the Washington County Historic Courthouse, they’ll be joined by cellist Edward Arron for music by Sollima, Boccherini and Schubert. (We heard Arron earlier this year as a guest with Accordo.) On Monday, Aug. 20, they’ll be at the Cedar in Minneapolis with Persian kemancheh virtuoso Kayhan Kalhor. (The kemancheh is a bowed string instrument.) Brooklyn Rider and Kalhor first met while working on Yo-Yo Ma’s Silk Road project and later recorded a CD, “Silent City.” Their Cedar show will include works from that album and Minnesota premieres of new works. On Aug. 21, the festival continues with a free family concert at the Stillwater Public Library. Back at the Courthouse on Aug. 23, the season finale features 14-time Grammy winner Béla Fleck and his new work for banjo and string quartet. FMI, all performances. For tickets to Aug. 15 and Aug. 21, call 651-587-3518. For Aug. 20 at the Cedar, click or call 612-338-2674. 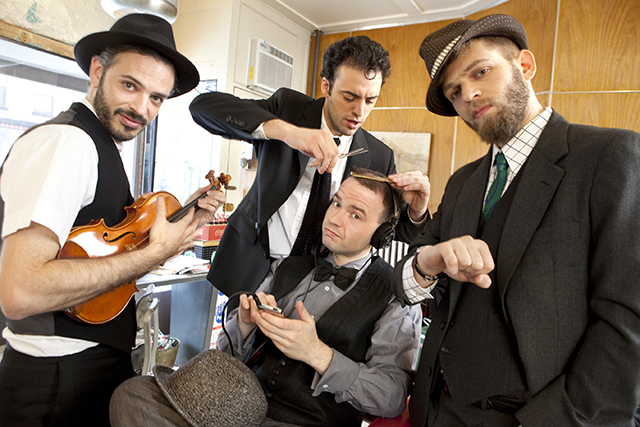 He’s baaaaaaaaack. After being tossed from “Project Runway” following a disastrous red-carpet challenge, Minneapolis’s own Raul Osorio has been given a second chance – not because Meana Garcia et al. changed their minds about Osorio’s potential or annoying forelock, but because two other designers suddenly dropped out. I’ll sort-of miss serious Andrea and quirky Kooan, but if Raul’s comeback design is any clue to the future, we’ll soon be saying buh-bye for the second time. (Once Osorio leaves for good, our giddy coverage of “Project Runway” ends. But we can’t resist tuning in for the hometown talent. Thursdays at 8 p.m. on Lifetime.)

On Thursday, the Loft hosts its first-ever tournament to determine the Ultimate Master of Words. Who among the contestants – Peter Bognanni, Dennis Cass, Chris Cloud, Sierra DeMulder, Sally Franson, Jay Gabler, Martin Kihn, John Munson, Maggie Ryan Sandford, Hersi Shirwa of Poet Nation, Andy Sturdevant and Emily Weiss, inventive word-slingers all – will come up with the best fake definitions for bizarre words? Jeff Kamin will emcee; Marianne Combs, Lorna Landvik, and Anatoly Liberman are the judges. We get to holler out our favorites. 7 p.m. (doors at 6:30). Tickets online or call 612-215-2582.

The Minnesota Jewish Theatre Company launches its 18th professional season on Saturday with “My Mother’s Lesbian Jewish Wiccan Wedding.” The musical sold out last winter, and with the marriage amendment on the ballet this fall, it’s being revived for a limited run (through Aug. 26). Here’s Graydon Royce’s review from the first time around. Royce noted then that “‘Wedding’ raises awareness of the [same-sex marriage] issue, but is unlikely to change anyone’s mind in the political debate.” Is any play one pays to see likely to change minds? Who’s going to spend cash money for an evening on a topic one strongly disagrees with? Is anyone planning free plays or other events for parks, churches, and community centers? (Actually, yes. Read on.) 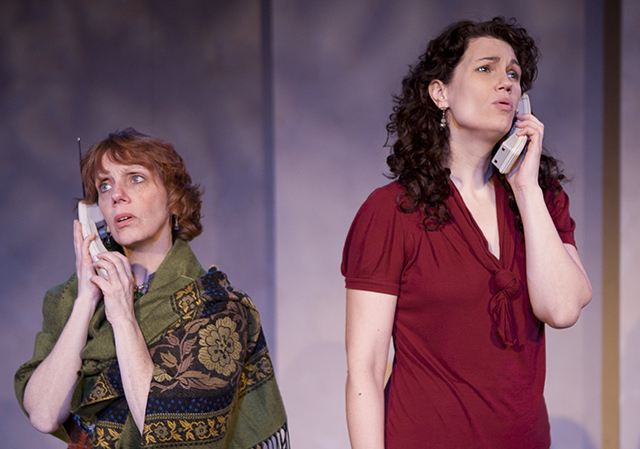 MJTC’s season continues with the regional premiere of Anna Ziegler’s “Photograph 51,” a story of scientist Rosalind Franklin, who did much of the work in uncovering the structure of DNA, only to see her male co-scientists win the Nobel (Oct. 13-Nov. 4); Buffy Sedlachek’s “Hanukkah Lights in the Big Sky,” a tale of racism and redemption (Dec. 8-21); the regional premiere of Rinne Groff’s “Compulsion or The House Behind,” a new look at Anne Frank’s diary (March 2-24); and the regional premiere of Jason Odell Williams’ comedy “Handle with Care,” about a young Israeli woman stranded in America during a road trip she never wanted to take. Season tickets at 651-647-4315. MJTC’s website is currently being revamped, so don’t go there. Let’s hope the site is up and running soon. Facebook is not everyone’s cup of tea. 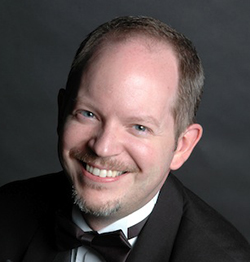 The Twin Cities Gay Men’s Chorus’ 32nd season hasn’t yet been officially announced, but season tickets are on sale and here’s a sneak peek: “Our First Noel” (Dec. 7-9); “Oliver Button Is a Star,” based on Tomie dePaola’s “Oliver Button Is a Sissy” (April 5-6); “OutLoud! Presents ‘Kiddin’ Around,’ ” with music from cartoons (May 10-11); and, for Pride weekend (June 28-29), “We Are Family: The Anthems of Our Community.” Single tickets go on sale in October. Meanwhile, new artistic director Ben Riggs arrived here from Denver on Aug. 1 and is settling into his office on Hennepin Ave. What has he done for fun? “My partner and I discovered that the Minneapolis Institute of Arts is only a few blocks away from where we live, and we’ve spent a lot of time there,” Riggs told MinnPost on Monday. “The fact that their general collection is open to the public and free every day is amazing. And we had a great dinner at Eat Street Social.” First impressions? “Coming from Denver, I see a lot of similarities in our communities, but I feel we’ve traded up a bit culturally because the arts are so strong here.” Riggs leads the TCGMC for the first time this Wednesday at a free event in Loring Park hosted by Catholics for Marriage Equality-MN. As part of the program “I Do! Believe in the Freedom to Marry,” the chorus will sing “Marry Us.” (Look! A free event on the marriage amendment!) 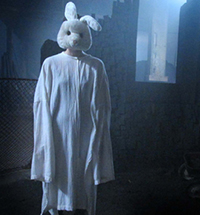 On sale now: tickets to the Haunted Basement at the Soap Factory. More than just another Halloween haunted house, this immersive, interactive performance is designed to evoke one’s own worst fears. It involves a director (Noah Bremer), a special effects makeup artist (Brett Dorrian), and smell engineers from The St. Croix Sensory. It’s the smell engineers that worry me. I understand nasty smells but what, exactly, are scary smells? (Um, what do spiders smell like?) First-timers (like yrs truly) might be better off booking one of the lights-on, no-scares Fraidy Cat Tours on Oct. 21 and 28. This is an 18+ event, and you’ll have to sign a waiver. Runs Oct. 5-31. FMI and tickets.

The Soap Factory continues its Common Room series of artist-led tours on Wednesday, Aug. 15, with the Urban Agriculture Tour. So far, Common Room has explored the Mall of America (Aug. 1) and the Minneapolis skyway system (Aug. 8). For Urban Agriculture, local geographer Valentine Cadieux leads an expedition through small-scale city farms, apiaries (bees, not birds), and hobby orchards. This is a bike tour; supply your own bike or rent one from the Nice Ride station nearby. The tour departs at 6:30 p.m. sharp from the Common Room sign at the Soap Factory’s front dock. Can’t do Aug. 15? The Aug. 22 edition explores “invisible Minneapolis” on foot. Imagine the city that might have been. What if Block E were a downtown park? FMI. 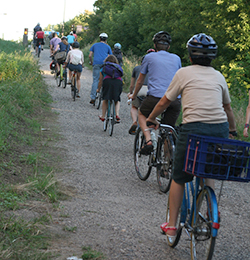 Preserve Minneapolis schedules frequent walking and biking tours of historic places and neighborhoods in and near the city. Tickets are just $5. Tonight: Fort Snelling Upper Post, led by historic architect Chuck Liddy, who has been working for 20 years to save, mothball, and eventually reuse the buildings there. On Wednesday, Aug. 22: “The Edwardian Society of Lowry Hill East: Downton Abbey meets Bryant Avenue.” A walking tour of the Victorian homes of Lowry Hill East, led by local historian Kathy Kullberg. On Saturday, Aug. 25: Elliot Park and the 9th Street Historic District, led by Elliot Park community coordinator David Fields. FMI and tickets for all. You’ll notice that other August tours are sold out, so if you’re interested in any of the above, hit the “Buy Now” button.

If you visit the State Capitol on a normal weekend, you can help yourself to a self-guided tour brochure. If you go Aug. 18, you can take a 90-minute guided tour offered by the Minnesota History Center. The tour includes the legislative chambers, rotunda, and rooftop, with a close-up look at the golden horses (weather permitting). 11 a.m. and 1 p.m. Tickets and registration (required).