By now, “Portrait of a Girl Wearing a Gold-trimmed Cloak,” “St. Bartholomew” (1661), and “Philemon and Baucis” are on their way home, respectively, to a private collection in New York, the Getty in Los Angeles, and the National Gallery, and “Lucretia” is back in her own room. “Rembrandt in America” closed Sunday after a very successful run (more than 104,000 tickets sold). The Strib’s Tim Campbell has a funny story about a scalper trying to sell a ticket to MIA director Kaywin Feldman, and a fascinating list of the museum’s top 25 shows ranked by attendance. “The Vikings” (1981) drew more than 212,000 people? We are, after all, the unofficial Norwegian capital of the United States. Sponsored by the Schubert Club, Theoroi is a select group of “arts ambassadors” ages 21-35 who attend a curated series of arts events and spread the word through social media. Starting today, Artscape will occasionally feature Theoroi members’ views on why certain events are worth seeing (or not). Tomorrow (Wednesday, Sept. 19), the group will meet at the Dakota to hear jazz trombonist Delfeayo Marsalis and his band. FMI and tickets. Here are Jana Sackmeister’s Top 5 reasons to go:  “1. The Marsalis family has produced an armada of fantastic musicians including Wynton, Branford, Jason, and father Ellis. Delfeayo started his career by sitting under his dad’s piano listening and waiting for his cue to start playing.  2. Along with his fathers and brothers, Delfeayo won the NEA Jazz Masters Award, the highest jazz honor in the nation. 3. The trombone is the peacekeeping instrument in a jazz ensemble. Not a trumpet that strives for attention, or a drum that changes the beat, but the smooth, warm resonance of brass.  4. In Delfeayo’s interpretation of Duke Ellington’s 1957 album, ‘Such Sweet Thunder,’ he doesn’t just re-create the piece but imagines ‘what they might have written if they were here today.’ 5. Delfeayo has said that jazz can strike a different chord with each individual. You may feel joy, fear, or confidence. Join us at the Dakota and see for yourself how jazz makes you feel.”

Artscape is taking a short break, returning Tuesday, Oct. 2. The balance of today’s column is about notable events between now and then.

Tomorrow (Wednesday, Sept. 19): The Walker begins its performing arts season with the world premiere of Miguel Gutierrez & the Powerful People’s “And Lose the Name of Action.” Considered one of the most forward-thinking and provocative dancers of his generation, Gutierrez wrote this evening-length work, a Walker commission, for six dancers (including himself) and describes it as being “about ghosts, and family, and the senses.” Just so you know, you’ll be seated on stage, and there may be nudity. Through Sept. 21. FMI and tickets. 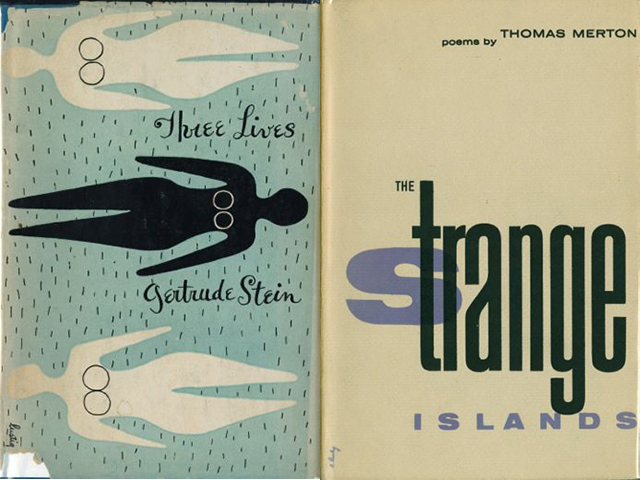 Opening tomorrow at the College of Visual Arts: “The Lustigs: A Cover Story.” Husband and wife Alvin Lustig and Elaine Lustig Cohen created a body of work that melded the ideas of European modernism with a uniquely American approach to graphic design. The exhibition includes more than 400 covers (book and LP) designed and illustrated by the Lustigs between 1933-61. Opening reception Thursday, Sept. 20 , 6 p.m. Free. Through Oct. 21. FMI. Friday, Sept. 21: “Red” opens at the Park Square Theatre. (Previews continue tonight through Thursday.) Written by John Logan (“The Aviator”), directed by Richard Cook, this multiple Tony winner takes us inside the studio of artist Mark Rothko, where he confronts a major commission. Cook says, “We see red, we bleed red, and we reach for the bright pulse of life, fighting off the blackness of doubts and everything superficial.” J.C. Cutler and Steven Lee Johnson star in this regional premiere. Through Oct. 7. FMI and tickets.

Friday-Saturday, Sept. 21-22: The Shanty at O’Gara’s hosts “Thinking Outside the Squeezebox 2,” the second annual National Alternative Accordion Symposium and Festival. Accordion is showing up in all kinds of music these days, from jazz to rock and classical. Worlds will collide and bellows exhale in performances by Dee Langley and Orkestar Bez Ime, Daddy Squeeze, Ethnic Dance Theatre, Alicia Baker, Jon Cunningham (“Corn Mo”) and others. On Saturday, author Marion Jacobson signs copies of her book “Squeeze This! A Cultural History of the Accordion in America.” FMI and tickets. Down the street, Common Good Books will host an accordion flash mob starting at 10 a.m. Saturday.

Saturday, Sept. 22: Minnesota Opera launches its 50th anniversary season with Verdi’s “Nabucco.” Think “spectacle.” Stage director and scenic designer Thaddeus Strassberger had Milan’s La Scala in mind (where “Nabucco” had its sensational premiere in 1842) when creating this new production, seen at the Washington National Opera earlier this year. A reviewer for the Post wrote: “Golden lions and floral embellishments parade across a lapis-blue ground, while women in white robes lounge in honey-colored light.” The story follows the plight of the Jews as they are conquered and exiled from their homeland by King Nebuchadnezzar (Nabucco). Jason Howard, Brenda Harris, John Relyea and Victoria Vargas star; Minnesota Opera’s new music director, Michael Christie, conducts. Through Sept. 30. FMI and tickets.

Thursday, Sept. 27: Public shows begin at Open Book of Ten Thousand Things’ production of Shakespeare’s “Measure for Measure.” This was the theater’s first Shakespeare 14 years ago; it’s back after a successful co-production with The Public Theater in New York in 2010. Ten Thousand Things is stripped-down, in-your-face theater; its sets and costumes could fit in a backpack (OK, slight exaggeration), and each play begins with a tour to prisons, low-income centers, and shelters. About “Measure for Measure,” artistic director Michelle Hensley says, “With so much in our world right now that seems so unjust, it seemed important to take another look at what Shakespeare had to say about human beings’ ability to step inside each other’s shoes.” They’ll make it seem as if this 400-year-old play were written yesterday. Luverne Seifert, Sonja Parks, Suzannne Warmanen, India Gurley, and Nathan Barlow star, Hensley directs. Through Oct. 21. FMI and tickets.

Friday, Sept. 28 – Sunday, Oct. 7: “Crossing Borders.” If you live up north, have a place up north, or are looking for an excuse to go up north, we recommend this popular annual tour and sale. Enjoy the fall colors on Lake Superior’s North Shore; meet potters, sculptors, weavers, jewelry artists, wood-turners, furniture-makers, and more in their studios. This is a relaxed and casual tour, free of the usual art-fair crowds, with congenial visits laced together by leisurely drives. It’s a vacation, with art. FMI.

Saturday-Sunday, Sept. 29-30: Vacant since the late 1990s, the Victoria Theater at 825 University Ave. West in St. Paul “lights up” again thanks to filmmaker Nick Clausen, the Iny Asian Dance Theater, and Irrigate, the artist-led initiative working to turn the Central Corridor into a vibrant arts community. Starting at dusk (around 7 p.m.), a video production of the Iny Theater performing traditional Hmong, Chinese and Vietnamese dances will be shown on the theater’s front windows. Boys and girls from the theater will dance on either side of the windows. It’s hoped that this event sparks interest in rehabilitating the theater – like the Capri in north Minneapolis. View from the sidewalk or across the street, depending on construction.

Monday, Oct 1: “Sweet & Salt: Water and the Dutch.” What will our parks look like in the future? What can we learn from the Dutch, who created their land to defend it from water and are now in the midst of an extreme makeover? Journalist and Harvard visiting fellow Tracy Metz explores these questions starting at 6 p.m. in the U of M’s Rapson Hall. Her talk is part of the Next Generation of Parks speaker series presented by the Minneapolis Parks Foundation with the Walker, the U of M College of Design, and American Society of Landscape Architects, Minnesota Chapter.

Tuesday, Oct. 2: The Musicians of the St. Paul Chamber Orchestra play a free concert of music by Rossini, Mozart, and Beethoven in the Leonard Center Gymnasium at Macalester. Garrison Keillor hosts. Concertmaster Steven Copes says, “This is a fun and celebratory way to really give something back to the community that supports what we do, and in an unexpected venue as well.” 7:30 p.m., 125 Snelling Ave., St. Paul. We’ll know by then whether the contract negotiations were successful, or successful enough to keep the lights on at the SPCO. Fingers crossed.

Back in a bit.