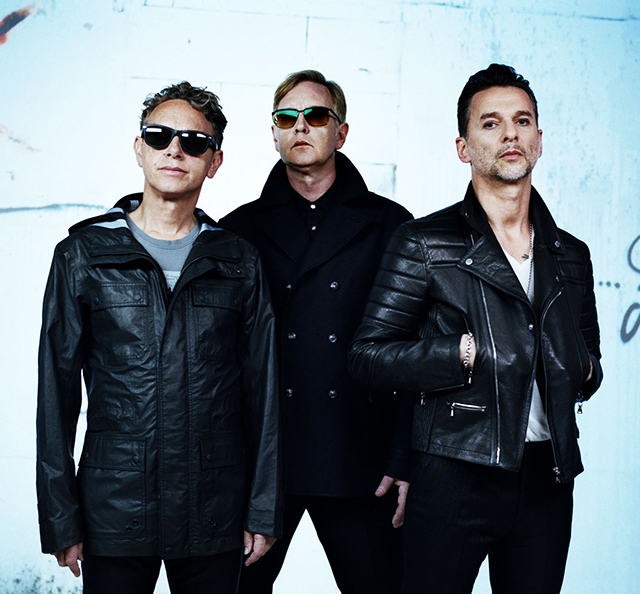 depechemode.com
“Depeche Mode has consistently been releasing new and relevant material for 32 years.”

The State Fair has added three big concerts to its grandstand schedule. Tuesday, Aug. 27: Depeche Mode. In the words of DJ Jake Rudh, who knows about these things, “Depeche Mode has consistently been releasing new and relevant material for 32 years.” Saturday, Aug. 31: Macklemore & Ryan Lewis. “The Heist,” the 2012 release by this Seattle rapper/producer team, debuted at #2 on the Billboard 200. Monday, Sept. 2: country music superstar Tim McGraw. A perfect way to close the Great Minnesota Get-Together. All tickets go on sale Saturday, April 6.

The buzz is that the SPCO might be getting close to ending its lockout and returning to what it does really, really well: making music. Meanwhile, a community group called Save Our SPCO held a press conference Tuesday announcing the formation of an exploratory committee to examine the feasibility of starting a new organization for the orchestra. Committee members include Rep. Phyllis Kahn, chair of the Legacy Committee, and Layton “Skip” James, the SPCO’s principal keyboardist for 41 years, now retired. SOSPCO chair Mariellen Jacobson said in a statement, “Many members of the community have asked, ‘Why doesn’t someone just start a new orchestra?’ We have done some research and financial analysis, and our initial findings suggest that, although there are hundreds of details to be worked out, it could be possible.” Stay tuned.

At the Minnesota Orchestra, the two sides are still not talking, but the Friends of the Minnesota Orchestra (formerly WAMSO; the name change was announced March 3) will hold a gala on June 1, to raise funds for music education. After 100 Minnesota legislators signed a letter requesting a legislative audit of the orchestra’s finances, Legislative Auditor James Noble said he would conduct one, but it would be limited in scope to the orchestra’s use of public funds and done when time becomes available. In short, no rush and probably no surprises; the orchestra has already sequestered Legacy money in a separate escrow account.

Everyone who saw Pink in concert at the Xcel last week thought she was spectacular. PiPress music critic Ross Raihala waxed ecstatic about her “jaw-dropping aerial work.” Apparently she flies through the air and spins around upside-down while singing live. If you missed her the first time, the pop gods have granted you a second chance. Pink will return, this time to the Target Center, on Nov. 2. Presale starts today at 10 a.m., ends tonight at 10. Use password swoon when ordering. 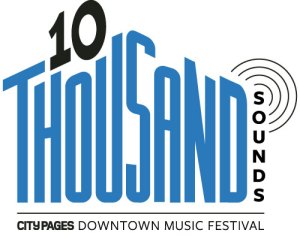 The McKnight Foundation has awarded more than $16 million in grants for first-quarter 2013, including almost $600,000 to five small and midsized arts organizations in Minnesota. Coffee House Press received $150,000, the History Theatre $100,000, In the Heart of the Beast Puppet and Mask Theatre $140,000 (for general operating support and archival documentation; keep that in mind as you read on), Paramount Arts Resource Trust in St. Cloud $110,000, and the Soap Factory $80,000.

Unless HOBT can raise money quickly, an iconic Twin Cities tradition will be in jeopardy. For 39 years, the MayDay Parade and Festival has drawn thousands of people to public workshops, city sidewalks and Powderhorn Park. Two years of bad weather resulting in decreased day-of contributions have forced cuts of over 30 percent to the MayDay budget. A “Plant the Seeds” benefit will be held April 5 at the theater; the Seward Co-op will collect money for HOBT in April. Other community efforts are underway. Individuals can donate through the HOBT website or GiveMN.

Will the Coen Bros.’ “Fargo” become a series for Fox TV? Yah. A year ago, Variety reported that FX was in talks to adapt the Oscar-winning black comedy for the small screen. The series has now been greenlighted, and the brothers will do the adapting. But wait, the movie is only two hours long! Not to worry. FX is the network that turned stories by Elmore Leonard into “Justified,” one of the best crime dramas on TV, renewed yesterday for a fifth season. We’re already wondering who will star in the new “Fargo.” (Hint to FX: our own Sally Wingert played Irate Customer’s Wife in the movie; maybe she could return in a bigger role?)

The final production of the Minnesota Opera’s 50th anniversary season, “Turandot” opens April 13 at the Ordway. Would you like to be an expert on Puccini’s masterpiece before you go? For the U of M’s College of Continuing Education, musicologist Daniel Freeman will give two lively lectures about it starting April 9. Walk through the doors like a know-it-all. Tickets aren’t included in the $80 tuition, but a 20 percent discount is. FMI and registration.

Friday and Saturday: Dave King Trucking Company at the Artists’ Quarter. Jazz fans know Dave King as drummer for The Bad Plus, rock fans for his work with Halloween, Alaska. In between, he plays with a lot of other bands: Happy Apple, 12 Rods, his new trio with pianist Bill Carrothers and bassist Billy Peterson, and the list goes on. The Trucking Co. (Erik Fratzke on guitar, Adam Linz on bass, Brandon Wozniak on sax) leans more toward the jazz side, though sometimes it sounds kind of country. Also kind of rock. Then again, mellow. Whatever. Listen to two tracks from their first CD, “Good Old Light.” They’ll draw a good crowd to the AQ, St. Paul’s cozy jazz club in the basement of the Hamm Bldg. 9 p.m., $15 at the door. Opens Saturday at the American Swedish Institute: “#NameThisExhibit: 1200 Birchwood Plaques.” Once sold as souvenirs and displayed throughout Sweden in private homes and public spaces, birchwood plaques are now passé. Borghild Håkansson and Staffan Backlund of Sweden’s Postfuturistic Society have collected more than 1,000 of these odd and endearing little objects. Made from angle-cut birch, painted, decoupaged with scenic postcards, sometimes embellished with three-dimensional additions (clocks, thermometers, plastic deer), each is its own little world. And you can’t help but wonder, “What are they?” Art, craft, curiosity, or kitsch? “They’re not quite folk art,” explains Scott Pollock, the ASI’s new director of exhibitions, collections, and programs, “because they’re not rooted in a particular area or culture. They’re not commercial art because they’re too commercial, yet not commercial enough because they’re hand-done. They’re somewhere in this undefined category. That’s the fun part.” Curator Curt Pederson wasn’t feeling the fun when we stopped by on Wednesday to preview the show. He’d been unpacking, sorting, and hanging plaques for days. About 500 were on the walls, forming wood mosaic murals; the rest were laid out in groups on the floor. (That’s what you see in the photo.) But even though Pederson was plaqued out, he was also charmed. “You can’t help but get into it,” he said, looking around. “There’s no angst. Some of these pieces are so romantic. I remember my grandfather having similar pieces in his house from the North Shore. They stayed on his wall until he died, and then, of course, they were tossed out.” The show started in Seattle as “Bad Art? 1,000 Birch Board Pictures from Sweden” and shed its name en route to Minneapolis, hence #NameThisExhibit, which you can do via Facebook, on Twitter (@AmSwedInstitute, hashtag #NameThisExhibit), or in person. Continues through June 2 in the Osher Gallery in the new Nelson Cultural Center. Two public events are also scheduled: “Cocktails at the Castle” on April 30 and “Bad Art Installation: Community Collectors Trunk Show” on May 18. FMI. Photo by Bill Alkofer
A photo from “Play Ball! Images from Little League to the Big Leagues” at King Studio

Saturday at King Studio in St. Paul: “Play Ball! Images from Little League to the Big Leagues.” Photos of America’s favorite pastime by Tom Dahlin (Sports Illustrated), Bill Alkofer (formerly of the Pi Press), Minnesota Twins staff photographer Bruce Klukhohn, Craig Lassig (City Pages, MinnPost), and freelancers Andy Blenkush, Andy King, and Tom Olmscheid, who have covered the game for more than 20 years. With ballpark franks, beer, music by OuiHaw, and stuff for kids to do. 249 South Snelling (south of I-94 at the corner of Snelling and St. Clair). 6 p.m. – 10 p.m. Through April 15.

Saturday at the Soap Factory: Proto punkster Richard Hell reads from his memoir, “I Dreamed I Was a Very Clean Tramp.” See Jeff Gage’s interview for City Pages, then head over early. Presented by Rain Taxi Review of Books, the event is free and open to the public, but seating is limited. What is Richard Hell’s real name? According to Wikipedia, it’s Richard Lester Meyers. But you can call him Mr. Hell when you get your copy of his book signed. 7 p.m.

Sunday on your TV: The MN Original “Rock the Garden” episode airs on tpt 2. The 30-minute special features music by Doomtree, Trampled by Turtles, tUnE-yArDs, the Hold Steady and Howler, plus behind-the-scenes interviews with artists and staff. 6 p.m.  and 10 p.m. Or watch it online tomorrow (Saturday) at noon.

Monday at the Playwrights’ Center: a reading of Andy Bragen’s new play, “The Dowager.” Lonely housesitter Tanya has been abandoned by the cat she’s supposed to be feeding, and the pizza delivery person is a no show. Her story unfolds with help from a large, mysterious trunk. Actress Liz Wisan, seen recently in “The Servant of Two Masters” at the Guthrie, will perform; Eric Pearson will direct. 7 p.m. Free and open to the public.