Penumbra is back. Last night was opening night for “Spunk,” Penumbra’s first play in its home theater in St. Paul for more than a year, an annus horribilis in which two plays were canceled, then the entire fall season, staff were let go, and the word went out: We need $340,000 by the end of the year. “Spunk” says, “We raised the money,” and asks, “Did you miss us?” We did. It was good to be back at the Hallie Q. Brown Community Center, good to see founder and artistic director Lou Bellamy greeting people, good to watch the actors we love step back on stage: Jevetta Steele, Dennis Spears, Austene Van, T. Mychael Rambo. Together with newcomers Keith Jamal Downing and Mikell Sapp, they delivered what Penumbra always does: a moving and memorable night at the theater.

“Spunk” is three stories by Harlem Renaissance writer Zora Neale Hurston, adapted by George C. Wolfe; each member of the cast plays several characters. Told in dialogue, dialect, narration, live music and song, “Sweat” is about a washerwoman and her abusive husband; “Story in Harlem Slang” pits two pimps (Harlem slang for male prostitutes) against a woman who resists their charms; and “The Gilded Six-Bits” tells of love scarred by aspiration and betrayal. As one character says at the start, these are “tales of survival, told in the key of the blues.” We’re hoping they signal Penumbra’s continued survival as well. Through April 7. FMI and tickets. 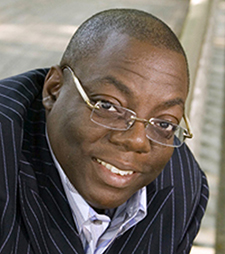 The Twin Cities Jazz Festival has announced its 2013 headliners. On Friday, June 28: pianist and composer Kenny Werner. Anyone who has seen Werner at the Dakota or the AQ knows what a master he is on the keys, how inventive and witty and lyrical. On Saturday, June 29: pianist Cyrus Chestnut. The Nutman is brilliant, serious, playful and swinging; his “Cyrus Plays Elvis” album (2007) is a gem. JazzFest happens all over Lowertown: on the main stage in Mears Park, a second stage adjacent to Mears, a youth stage on Prince Street, and area bars and restaurants. Mark your calendars: June 27-29.

A lot of local jazz fans will hit the road the following weekend for the annual Iowa City Jazz Festival. This year’s line-up is especially strong. Headliners include vocalist Sachal Vasandani, Charlie Hunter with Scott Amendola, the Christian Scott Quintet, Dr. Lonnie Smith, the Fred Hersch Trio, and Pharoah Sanders. Wowza. All on one weekend, all free. July 5-7. (Some of the information on the website is not yet updated, but this is where you’ll check back in the future.)

What’s next for Bob Dylan, the Nobel Prize for Literature? He’s won everything else, most recently honorary membership in the American Academy of Arts and Letters, the elite organization formed in 1904 to “foster, assist, and sustain excellence” in American literature, music, and art. Will he accept the award? Yes. Will he show up for the April dinner or May induction ceremony? Probably not. If he does, perhaps he’ll sit with fellow Minnesotans Dominic Argento and Garrison Keillor, both current academicians. Dylan can add this new honor to his Medal of Freedom (2012), National Medal of Arts (2009), Pulitzer Prize Special Citation (2008), Academy Award (2000), Kennedy Center Honors (1997), Rock and Roll Hall of Fame induction (1988), and numerous Grammys including the Lifetime Achievement Award (1991). About the Nobel: according to experts, that’s not going to happen.

The Minnesota Historical Society just handed out its 1,000th grant since Legacy funding became available in 2009. Among the most recent beneficiaries: the National Eagle Center in Wabasha County, the Minnesota Museum of American Art, and the Institute for Advanced Study at the U of M, which will use the money to document in interviews the history of Minnesota’s arts and cultural leaders. Several grants will stock Minnesota history bookshelves in county libraries. Here’s the complete list of the latest grantees.

Creatives, share a little love and some of that talent this spring. Volunteer for Art Buddies and work one-on-one with an inner-city child. A program of the nonprofit Creatives for Causes, Art Buddies pairs mentors with kids from low-income families in Minneapolis. Workshops last from 7-10 weeks. If you work in advertising, design, film production, commercial photography, illustration, PR, web design or architecture, learn more here. Application deadline is Tuesday, March 26. Questions? Email artbuddies@comcast.net or call 651-222-2354. 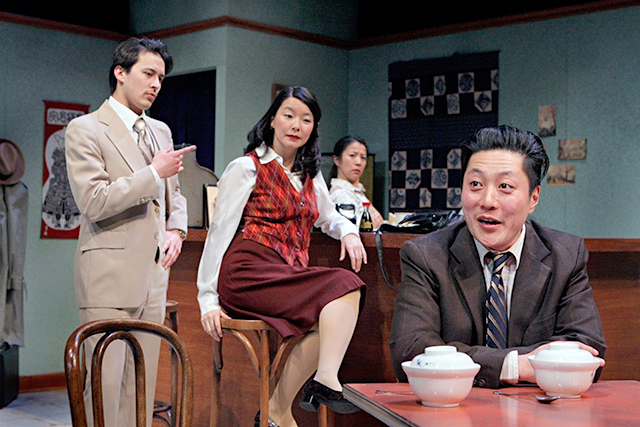 Rick Shiomi launched his theatrical career in the early 1980s with “Yellow Fever,” a smart, dark and funny play about a Japanese-Canadian private eye. Having recently retired as artistic director for Mu Performing Arts, the company he founded in 1992, Shiomi is directing “Yellow Fever” on the Guthrie’s Dowling stage. It’s a bookend, a farewell to a major chapter in his life, and an entertaining, thought-provoking night out. There are moments that feel dated, except the problems portrayed — racism, political chicanery, the notion of white supremacy — are still with us. Mu regular Kurt Kwan is hard-boiled and laconic as Sam Shikaze, Sara Ochs delightful as the young, eager reporter who cracks his shell. And yes, it’s the Asian characters who speak crisp, clear English, the whites (portraying Irish cops) who sound like foreigners. Through March 24. FMI and tickets.

Friday and Saturday at the Walker: Kyle Abraham / Abraham.In.Motion / Live! The Realest MC. What does it mean to be real? Inspired by the “Pinocchio” fable, conservatory- and street-trained choreographer and dancer Abraham explores identity, gender, race, personal history and societal expectations. For the past several months, we’ve invited members of Theoroi, a group of “arts ambassadors” ages 21-35 sponsored by the Schubert Club, to preview events they’re attending. This is one, and here’s why Theoroi member Kirsten Ryan is eager to see it: “What do you get when you combine hip-hop with ballet, ‘Pinocchio’ with sequins, electro dance music with theater, karaoke with a troupe of dancers and a classically trained director? The Realest MC. ‘Out’ magazine called Kyle Abraham ‘the best and brightest creative talent to emerge from New York City in the age of Obama.’ Abraham’s many honors include a $50,000 USA Fellowship from United States Artists (USA), the 2012 Jacob’s Pillow Dance Award and the 2010 Bessie Award. This performance will be an emotional journey of discovery on how identity is formed that questions stereotypes of what we should and shouldn’t be. It sounds passionate and thrilling.” 8:00 p.m. both nights.

Friday and Saturday at the Orpheum: “Spamalot.” Always look on the bright side of life! Winner of the 2005 Tony Award for Best Musical, this musical version of “Monty Python and the Holy Grail” tells the story of King Arthur and his knights, Python-style. Less chivalry, more hilarity. Three shows only. Student/educator rush available.

Saturday and Sunday: St. Patty’s Day falls on Sunday, but the partying starts on Saturday (earlier, for some people). Let’s all drink beer and hear live music.

•  Sunday at Judson Church: the Minneapolis Trombone Choir. Now in its 40th year, this annual blowout features some 40 trombones, tubas, and euphoniums playing classical, contemporary, big band music and jazz. For the grand finale, the trombone choir and audience will march around the sanctuary to “76 Trombones.” Can you imagine anything more fun? I can’t. Seriously. 4:00 p.m. Suggested donation $15; proceeds support the music program.

•  Saturday and Sunday, pretty much everywhere: the Brian Boru Irish Pipe Band. In what the Strib’s Jeff Strickler neatly termed “a series of drive-by bagpipings,” the pipers will bounce from O’Gara’s to the St. Paul parade, the Liffey, the Local, Gluek’s, Kieran’s, the Triple Rock, Merlin’s Rest, the PourHouse, and other stops before collapsing in their kilts late Saturday night. Check the website for the schedule. 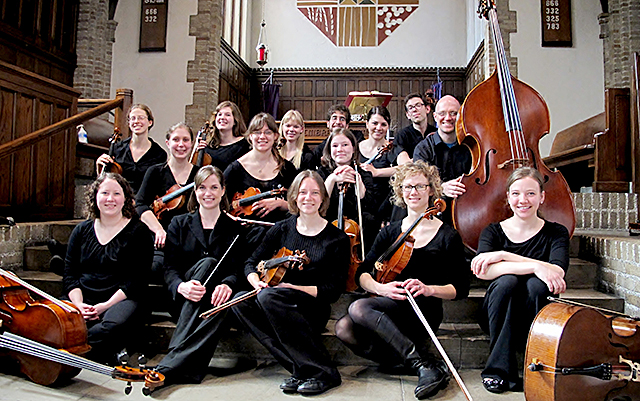 •  Sunday at Grace University Lutheran Church: “Blackberry Winter.” A concerto for mountain dulcimer and strings. Based on “Blackberry Blossom” and other traditional Appalachian-Celtic folk tunes, written by Conni Ellisor for the Nashville Chamber Orchestra, this rarely-performed piece will feature our own Lirica Chamber Ensemble and area mountain dulcimer champion Karen Mueller. Also on the program: works by Felix Mendelssohn and Percy Grainger, and a selection of Celtic tunes with Mueller on autoharp with the ensemble. 3:00 p.m. Free; donations accepted. 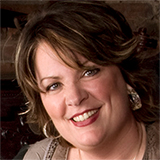 •  Sunday at the Ordway: Eileen Ivers & Immigrant Soul. The nine-time All-Ireland Fiddle Champion, original “Riverdance” star, Grammy winner and world music pioneer brings her wonderful band to St. Paul for what is certain to be a joyous evening of Irish fiddling and virtuosity. The New York Times called Ivers “the Jimi Hendrix of the violin,” and while I’m not exactly sure what that means, I’m assuming it’s a compliment. 7:30 p.m.

Monday at the Cedar: Efterklang. The Cedar has long been one of the Twin Cities’ most interesting music venues, but lately I want to go there all the time. Efterklang is a Danish art-pop/art-rock trio that has been called “one part Sigur Ros, one part Radiohead.” They’re currently on tour with their latest album, “Piramida” — dreamy, ethereal music flavored with field recordings from a slowly decaying ghost town between Norway and the North Pole. Here’s a video. Efterklang gave a concert last year at the Metropolitan Museum of Art that won raves from the New York Times and was recorded by NPR. A co-presentation with First Ave. Doors at 7:00 p.m., music at 7:30.

March 22-24 at the Cowles: Ragamala Dance performs “1,001 Buddhas: Journey of the Gods” to taiko, chenda, and mridangam drums, vocals, and violin.

March 24-25 at the Dakota: Ana Moura. The Portuguese Fado superstar seduces with her smoky contralto and powerful stage presence. She’s on tour with her latest CD, “Desfado.”

March 24 at the Guthrie: Take a kid to “Twelfth Night.” For the Guthrie’s 14th annual “Shakespeare Classic,” Britain’s Propeller will tailor its performance to young people ages 10-17, then hang around for a discussion with the audience. All tickets are just $10, but every adult must be accompanied by a young person. Call 612-377-2224. This is a 1:00 p.m. matinee.

Plan way ahead: Tickets for the second installment of the Walker’s Internet Cat Video Festival, to be held this year at the Minnesota State Fair Grandstand on Aug. 28, are on sale now online or by phone at 800-514-3849. Don’t pussyfoot.