It’s an interesting weekend at 1111 Nicollet Mall. Thursday morning, for the first time since June 2012 — when he led the Minnesota Orchestra in excerpts from Beethoven’s Fifth and “Carmina Burana” during the 2011-12 Season Finale concerts — Osmo Vänskä stepped onto Orchestra Hall’s stage before a live audience for the first of three Grammy celebration concerts that continue tonight and tomorrow. As you know unless you’ve been away – at a remote mountain retreat, say, or visiting silent monks or nuns – an awful lot happened in between.

The longest lockout in American orchestral history. The loss of an entire season and a half, plus major concerts at Carnegie Hall in New York and the Proms in Britain, as well as important recording dates. The departures of many musicians and MOA staff. Vänskä’s resignation. Legislative hearings. National and international press coverage. The reopening of the renovated Orchestra Hall. A clamor of public voices demanding a change in leadership and Vänskä’s return. A Grammy win. The announcement of CEO Michael Henson’s upcoming departure. And, just this week, signs that the maestro and the musicians might be reunited. Both Vänskä and board chair Gordon Sprenger have confirmed that “negotiations” (Vänskä’s word) and “conversations” (Sprenger’s) are underway.

Will Friday’s concert or Saturday’s bring an announcement? We wouldn’t bet on it, although, as James Oestreich wrote in Wednesday’s New York Times, “to the last, the Minnesota Orchestra seems bent on confounding expectations.” Meanwhile, the steadfast citizens’ group Save Our Symphony Minnesota is encouraging everyone attending the concerts to wear blue and white – the colors of the Finnish flag – as a show of support for Vänskä’s reinstatement. SOSMN’s website lists local retailers where you can buy flags, caps, and other items, including suspenders. Blue-and-white earplugs may be in order, because the applause is likely to be thunderous and lasting.

Just out on the Swedish label BIS: the Minnesota Orchestra’s recording with Vänskä and Russian pianist Yevgeny Sudbin of Beethoven’s Piano Concerto No. 3 and Mozart’s Piano Concerto No. 24. Both were recorded at pre-renovation Orchestra Hall during June 2011 and May/June 2012. This is the second recording Vänskä and the Orchestra have made with Sudbin. The first, of Beethoven’s Piano Concertos Nos. 4 and 5, came out in December 2010. We stumbled on an article by Sudbin in which he describes what it was like to work with Vänskä. It’s charming. A snippet: “For a soloist, the outcome of collaborations with conductors of great stature … can also be good for the financial welfare of your shrink … Minnesota is certainly among the highest ranked orchestras in the US, where you are likely to be presented a maestro with a personality resembling a grand bazooka.” The original plan was for Sudbin, Vänskä and the orchestra to record all five of the Beethoven concertos. A third recording set for last September was canceled because of the lockout. The last we heard, Sudbin was scheduled to complete the cycle with Finland’s Tapiola Sinfonietta, under Vänskä.

The Loft has announced the 2014 McKnight Artist Fellowships for Writers. Poets/spoken word artists Sierra DeMulder, Danez Smith, Sun Yung Shin and Carolyn Williams-Noren and children’s author Molly Beth Griffin will each receive $25,000. This year’s judges were poet Nicky Finney and children’s editor Jordan Brown. The McKnight Foundation has been giving writers breathing room to write for the past 32 years, and we should all send them hand-written thank-you notes on good stationery. Past recipients include Robert Bly, Patricia Hampl, David Mura, Jack El-Hai, Pat Francisco, Kate DiCamillo and William Kent Krueger.

For you, actors: Park Square Theatre will hold auditions for select roles in the musical “The Color Purple” on Saturday, April 5, at Macedonia Baptist Church in Minneapolis. One of Park Square’s biggest musicals ever will feature the largest all-African-American cast in its history. Come prepared with eight bars of a song and a short dramatic reading (from a play, a story, or the Bible) and dressed for movement and dance. A short movement piece will be taught at the audition. A pianist will be provided. Allow one hour. Contact the theatre by email (parksquareauditions@gmail.com) to set an audition time or call the hotline (651-767-8491) on Tuesday, April 1, from 1 p.m. to 3 p.m. 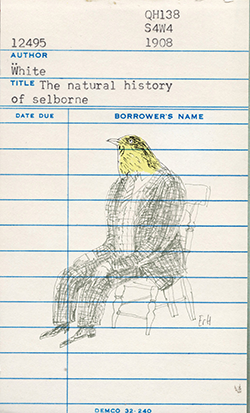 Used by permission of the artist
Illustration by Eric Hanson

Minneapolis-based artist and writer Eric Hanson is the next resident in Coffee House Press’ Writers and Readers Library Residency Program. He’ll spend part of his summer as artist-in-residence at the Minneapolis Institute of Arts’ Research and Reference Library. We’re crazy about this idea. For most writers, libraries are sacred spaces (speaking of which, MIA also has that “Sacred” exhibition going on), and the opportunity to spend tons of time in a really interesting library is a gift. So far, the program has placed poet Lightsey Darst in the Walker Art Center’s library, Carleton College professor and poet Greg Hewett in the Quatrefoil Library, poet Ed Bok Lee in the library of the American Swedish Institute, and poet Sarah Fox in the American Craft Council’s library. Hanson’s illustrations and writing have appeared in Vanity Fair, Harper’s, the New York Times, Rolling Stone, McSweeney’s and the Atlantic; he has illustrated several book covers. On Thursday, June 19 at 7 p.m., he’ll give a public presentation and show us his new library-inspired work in the MIA’s Friends Community Room.

Reader Scott Henry wrote to let us know that pianist Tom Chepokas died earlier this month in Cloquet at age 77. Chepokas studied piano at MacPhail, fell in love with jazz as a teen, played with the Golden Strings in the Radisson’s Flame Room, performed for the Minnesota Orchestra’s Pops concerts and Big Band series, and backed many stars who came through the Twin Cities over the years including Mel Torme, Cab Calloway, Henry Mancini and Rosemary Clooney. “Back in the days when Bob Hope and Red Skelton came to the old Carlton Celebrity Room, they would call Tom at home to book him for their shows,” Henry wrote. Chepokas and his band played the State Fair for 27 years, serving as the house band for the Amateur Talent Show. He taught music in the Edina and Robbinsdale schools. According to Henry, “If there was ever anyone more deserving of a tribute piece, Tom is the guy.” Do you remember Chepokas from the Fair, the Flame Room, the classroom or his dates with the orchestra? Leave a comment and we’ll send it on to the family.

Tonight (Friday, March 28) at the Loft: The Last Incantations: David Mura and Friends. An award-winning, third-generation Japanese American poet and memoirist based in the Twin Cities, Mura hasn’t published a new book of poetry since “Angels for the Burning” in 2004. In “The Last Incantations,” he harmonizes and contrasts multiple voices. Tonight’s reading celebrates that book and honors Mura’s late Aunt Ruth, whose birthday was March 28. Mura will be joined by Alexs Pate, Ed Bok Lee, Bao Phi, and Julianna Pegues. 7 p.m. Free and open to the public. 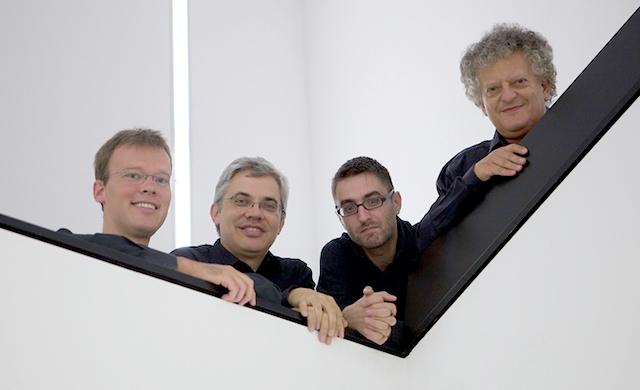 Tonight at MacPhail: Arditti String Quartet. Formed in London in 1974 by violinist Irvine Arditti, this renowned quartet specializes in new music, much written especially for them. They have worked with every major composer of the past 50 years, premiered hundreds of new pieces, made 200+ recordings and received many major music prizes. They haven’t played the Twin Cities for over 20 years, which may be one reason they’re in relatively tiny but perfectly lovely Antonello Hall instead of a larger venue. They’ll play a program of music by Elliott Carter, James Dillon, Brian Ferneyhough and Helmut Lachenmann. English composer and Stanford professor Ferneyhough will likely be in the house; he’s here for a residency with the U of M’s School of Music. 7:30 p.m. FMI. Free and open to the public. 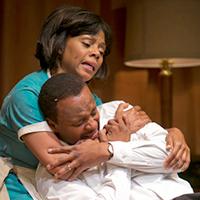 Opens tonight at the Guthrie: “The Mountaintop.” Penumbra’s Lou Bellamy directs Katori Hall’s imagined account of Martin Luther King’s last night at the Lorraine Motel in Memphis. Winner of the 2010 Olivier Award for Best Play, this Penumbra-Arizona Theatre co-production stars James T. Alfred as King and Erika LaVonn as Camae, a hotel attendant. Through April 19 on the proscenium stage. FMI and tickets ($34-$64).

Tonight and Saturday at the Ted Mann: “I Am Harvey Milk.” For their spring concert, the Twin Cities Gay Men’s Chorus gives the area premiere of an hour-long, 12-part oratorio they co-commissioned. Written by Broadway composer Andrew Lippa (“The Addams Family,” “Big Fish”), it’s a big, passionate, moving and tragic, joyous and emotionally exhausting tribute to Milk, the first openly gay person elected to public office in California. Both Milk, a San Francisco city supervisor, and Mayor George Moscone were shot and killed by former supervisor Dan White on November 27, 1978. Lippa’s work traces Milk’s life in music and words, many borrowed from Milk, including the opening line of his famous stump speech, “My name is Harvey Milk and I’m here to recruit you.” With chamber orchestra, soprano soloist, baritone soloist and boy soprano, plus special guests the Minnesota Boychoir and TCGMC’s 12-man ensemble, OutLoud! 8 p.m. FMI and tickets ($30-$53). Act fast if you want to see this; seating on both nights is tight.

Saturday at Heart of the Beast Theater: Be Heard MN Youth Poetry Slam Finals. After four rounds of preliminaries and two of semi-finals starting in February, six young poets between ages 13 and 19 will be chosen to represent Minnesota in the annual international Brave New Voices Youth Poetry Slam Festival (BNV). Listen as teens express “their ideas, their passions, their pains, their histories, their hopes for the future.” 7-9 p.m. $3 students, $5 adults. 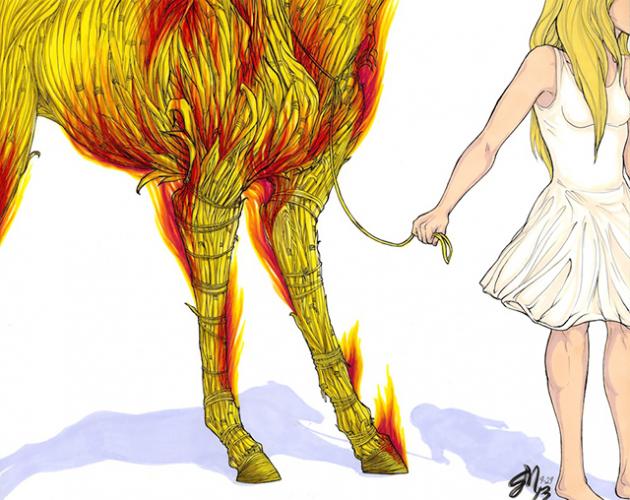 Saturday at Gamut Gallery: Opening reception for “The Lost Art,” an exhibition of drawings curated by Scott Seekins. Gamut challenged 20 artists to make a statement on something that matters to them and society at large. But they had to do it the old way: by hand-drawing with pencils, inks, markers, watercolor washes and stains – no technology allowed. A fixture on the local art scene, Seekins was the ideal curator, having nothing to do with texting, email and computers in general. The topics are controversial – racism, transgender sexuality, technology, the food system – and the prospect of viewing art created by human hands (no Photoshopping, no techy tweaking period) is actually kind of breathtaking. Reception from 7-11 p.m. Through April 24.

Sunday at the Cathedral of Saint Paul: Music for a Grand Space. Few spaces in the Midwest are grander than the great Cathedral overlooking the city of the same name. At this annual concert, the University Singers and Men’s and Women’s Choruses will perform choral music especially suited for one of the largest cathedrals in the United States. Directed by Kathy Saltzman Romey, Matthew Mehaffey, and graduate student conductors. 2:30 p.m. Free and open to the public. Free will donation at the door.