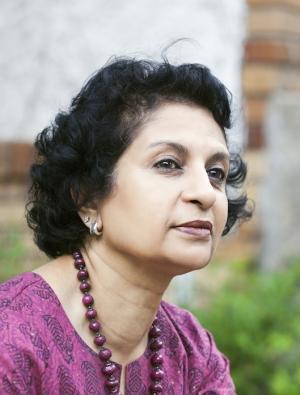 The warm spotlight of the Doris Duke Performing Artist Awards shone brightly on Minnesota earlier this week, when four artists with connections to the state were named winners of the prestigious and generous award. Emily Johnson, founder and artistic director of Catalyst Dance, Ragamala Dance founder and co-artistic director Ranee Ramaswamy, and jazz pianist Craig Taborn, who now lives in New York but grew up in Golden Valley, each received the 2014 Doris Duke Artist Award, a largely unrestricted grant of up to $275,000. Open Eye Figure Theatre co-founder and puppet-maker Michael Sommers received the Doris Duke Impact Award, worth up to $80,000. This is the first time since the awards began in 2012 that Minnesotans have been among the winners.

The Doris Dukes are unique among awards given to artists. They are not lifetime achievement awards or “genius” grants, but investments in the potential of individual artists, with an emphasis on saving for the future. Their focus is on contemporary dance, jazz and theatre. Read more about the awards and the winners here. In May at the Walker, we’ll see two Doris Duke winners on the Walker’s stage at the same time when Ragamala Dance debuts its new work, “Song of the Jasmine,” a collaboration with jazz musician and 2013 Artist Award winner Rudresh Mahanthappa.

Big news for a whole lot of music fans: The Replacements will play Midway Stadium in St. Paul on Saturday, Sept. 13. That’s 23 years after their last hometown gig (in 1991) and shortly before Midway comes tumbling down. (The St. Paul Saints are getting a new stadium in Lowertown.) The Current’s Andrea Swensson has written a blog post with everything you need to know about this event, which will be talked about nonstop before and after. Tickets ($50) go on sale at 10 a.m. Saturday, May 3 at eTix, the Midway box office, and the Depot Tavern at First Avenue.

And, speaking of big music news: Starting May 1, Osmo Vänskä will return as music director of the Minnesota Orchestra. See Doug Grow’s Thursday story here and my article on reactions to the news here. 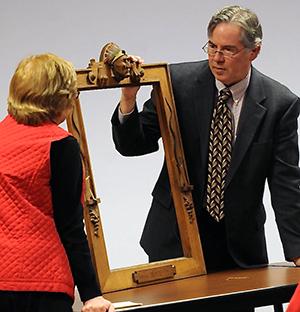 What’s that old painting, quilt, vase, toy, clock, chair or weathervane really worth? Have an antique professionally appraised for free by Mark Moran, guest expert on “Antiques Roadshow.” He’ll be at two St. Paul public libraries in May, and if you want your time with him, pre-registration is required. (Walk-ins may be allowed, but don’t count on it.) Thursday, May 8, 4-8 p.m. at West 7th Library; Sunday, May 18, 1-5 p.m. at Hayden Heights Library. FMI.

For artists: Here’s your chance to fill a street-facing vacant window in downtown Minneapolis with your creative work. Led by Hennepin Theatre Trust, “Made Here” is making the Minneapolis Cultural District – stretching from the Walker and the Sculpture Garden to the Mississippi riverfront – more colorful, lively and inviting. “Made Here” has issued an open call to artists, with applications due Monday, May 13. Here are the deets.

Not to nag, but: (1) This Saturday (April 26), thousands of people in 11 American metro areas including Minneapolis-St. Paul will grab their smartphones and video cameras and head out to film “One Day in the Twin Cities,” part of a nationwide media event. Participation is free, and your video could end up on TV. FMI here and here. (2) If you have an idea for the arts in St. Paul, you have 10 more days to apply for the Knight Arts Challenge and some of the $4.5 million the Knight Foundation has committed to this program. Applications (just 150 words) are due by 11 p.m. Monday, May 5. One thing we learned from a Q&A session we attended earlier this month: Most applications come in at the last minute. Sending yours sooner might improve your chances. FMI here and here.

There’s so much going on this weekend that we hardly know where to begin. To cram in more choices, we’ll try to keep the descriptions short, which runs counter to our nature but there it is. Follow the links FMI.

All day today (Friday, April 25) and into the night at the University of St. Thomas O’Shaughnessy-Frey Library: Emily Dickinson 1,789-Poem Marathon. At 8 a.m. this morning, someone started reading Emily Dickinson’s poem No. 1. Sometime between 9 and 10 tonight, someone will read No. 1,789. Anyone who shows up can join the circle of readers. 2115 Summit Ave., St. Paul. Free and open to the public. FMI.

Tonight through Sunday: Spring 2014 Saint Paul Art Crawl. Over 300 artists will display and sell their original artwork at 28 building locations throughout the city, mostly in Lowertown. Some 25,000 people are expected to attend. Now in its 23rd year, the Crawl isn’t only about buying and selling; it’s also about music (more than 50 acts), dance, poetry, parades, eating, drinking, and participation. New this year: five busking stations, free to all performers on a first-come, first-served basis. A beer-themed art exhibit. Art on baseballs (at Union Depot). An “Art in Architecture” tour of the Rossmor Building. Free pedicab and Metro Transit bus rides. And passports that earn prizes. 6-10 p.m. Friday, 12-8 p.m. Saturday, 12-5 p.m. Sunday. Free.

Saturday in Uptown: The new Walker Library opens with a celebration starting at 9 a.m. Spacious, sunny, and (thankfully) above ground, the $12 million, 15,000-square-foot library on the northwest corner of Hennepin and Lagoon was developed with help from a community advisory committee. Remarks and ribbon-cutting will be followed by music and activities. 2880 Hennepin Ave. S. 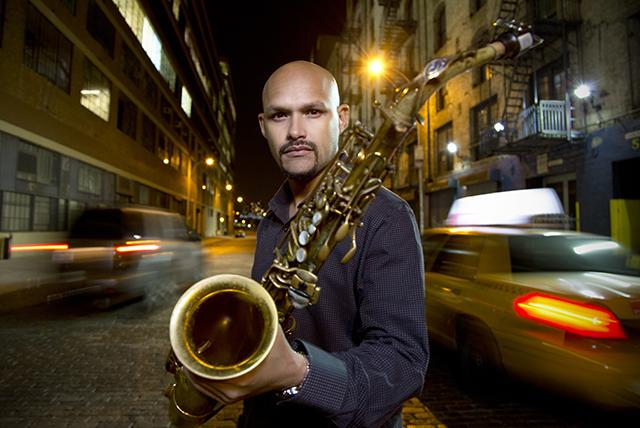 Photo by Jimmy Katz
Miguel Zénon will appear with the JazzMN Orchestra on Saturday.

Saturday at Hopkins High School: Miguel Zénon and the JazzMN Orchestra. The prodigiously talented young Puerto Rican jazz musician, a multiple Grammy nominee and MacArthur “genius” grant winner, has mined the music of his native land to make some of the most beautiful albums released in the past several years. JazzMN founder and director Doug Snapp says, “The music … is nothing like you’ve ever heard performed by a jazz orchestra before … Zénon’s playing just sings over the top of the band.” He’ll join JazzMN for the second part of the final concert of its 14th season. The first part will feature standards and vocalist Debbie Duncan. 7:30 p.m. FMI and tickets ($18-$30, more at the door).

Saturday and Sunday: Minneapolis & Saint Paul Home Tour. The popular annual Home Tour invites you into people’s homes to see their additions, renovations and remodeled rooms. This year’s 53 homes include old, new, large and small in various neighborhoods. The owners (and contractors, architects, and tradespeople) are around to answer questions. You can pick up a printed guide at local libraries. Saturday 10 a.m. – 5 p.m., Sunday 1-5 p.m. Free.

Saturday and Sunday at the Capri: “Where Is the Love? A Salute to Donny Hathaway and Roberta Flack.” Music writer and Hathaway fan Michael Anthony sent these words our way: “Donny Hathaway’s premature death in 1979, ruled a suicide, brought an untimely silence to one of the most distinctive and sensual voices in American popular music. But Hathaway’s many recordings, including those with Roberta Flack like the Grammy-winning hit single ‘Where Is the Love?’ remain a welcome part of the soundtrack of our lives. Two excellent singers, Aimee K. Bryant and Julius Collins III, backed by the multi-talented Sanford Moore, will pay tribute to Hathaway and Flack in two concerts at the Capri Theater (2027 W. Broadway) this weekend: 7 p.m. Saturday, 3 p.m. Sunday.” FMI and tickets ($25).

Sunday at Macalester’s Weyerhaeuser Chapel: A celebration of poetry hosted by Garrison Keillor, and the announcement of the winners of “Love Letters,” the second annual Common Good Books Poetry Concert. Someone will win $1,000 – for a poem! Imagine that! 1:30 p.m. Free and open to the public.

Monday at the Dakota: Joe Lovano Us Five. Grammy winner, educator, composer and innovator, saxophonist Joe Lovano is a genial giant of modern jazz. When he plays the Dakota on Monday, there should be a line out the door and around the block. This is 2014, so there won’t be, but if you have the slightest interest in jazz, don’t miss this. Us Five features two drummers, which is pretty darned exciting. 7 p.m. and 9 p.m. FMI and tickets ($40 and $25).