The Minnesota Orchestra is performing in Orchestra Hall; Osmo Vänskä has his old job back; the orchestra has hired a new violist, Gareth Zehngut (actually, Zehngut won his position before the lockout, but we won’t go there); Sommerfest starts Saturday with conductor Andrew Litton (who recently signed a new contract with the orchestra); and a jam-packed 2014-15 season has been announced. Will the public respond with donations? The orchestra certainly hopes so. On Friday, it issued a Community Challenge Grant by email and on its website. Music lovers led by attorney Lee Henderson have committed to gifts totaling $100,000 — if the orchestra can match it by raising another $100,000 by July 31.

People know Henderson as an avid orchestra supporter and op-ed writer; when he issued the call, they responded. “The only way [the Minnesota Orchestra] gets back to world-class is if everyone works together,” Henderson told MinnPost on Monday. “The orchestra, the musicians and the community are one. This seemed like a good way to get the community involved. The orchestra needs money to flourish, and we have to work together to raise it.” A successful campaign will mean a tidy $200K for the orchestra and show that supporters are willing to open their wallets.

Good-bye to art museums’ printed collections catalogs; hello to free, ongoing serial publications, available on your laptop, tablet or smartphone, that explore a museum’s collections in depth, with essays and media resources including art, documents and video. Like the Walker’s new Living Collections Catalogue, launched yesterday. The first volume, “On Performativity,” is available now. Introduced by Walker curator Elizabeth Carpenter, it ranges across five performance-based works that have entered the Walker’s collection since 2005 including Tino Sehgal’s “This objective of that object,” which consists of oral production instructions for a future gallery event. Did we say this is light reading? We did not. It’s scholarly stuff. But if you’re interested, curious, and want to know more about the Walker, what it’s been up to and why, the Living Collections Catalog can be a major eye-opener (not to mention time-sucker). Due in fall 2014: Vol. II, “Art Expanded, 1958–1978,” which draws extensively on the Walker’s Fluxus collection. And in 2015: Vol. III, “Merce Cunningham,” an exploration of the Walker’s acquisition of the Merce Cunningham Dance Company Collection.

We thought the Winter Marketplace at Peavey Plaza, the proposed Holidazzle replacement, had gone away; we were wrong. After the City Council’s budget committee voted against it last Monday, the Council on Friday reversed that vote and approved $395,000 in city funding for the event. According to the Star Tribune, that money will be combined with about $1.3 million in private dollars being raised by the Downtown Council. So now we’ll just have to wait and see. It seems the market notion works in Chicago and Vancouver. Maybe Minnesotans will pile on boots, gloves, coats, hats and scarves to go shopping outdoors in a hole in the ground. 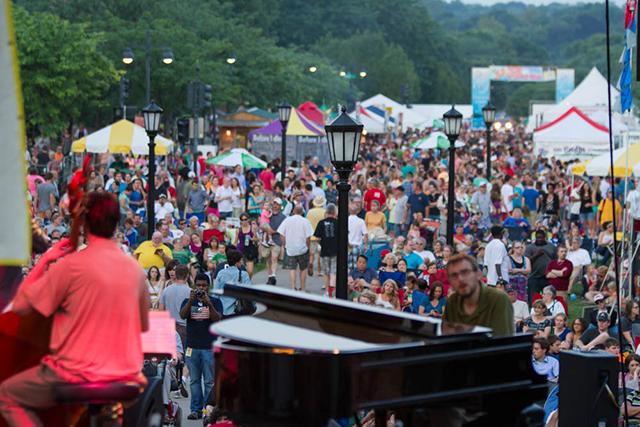 Did you enjoy last weekend’s Twin Cities Jazz Festival? Looking for something to do over the Fourth? We know for a fact that many jazz fans from Minneapolis and St. Paul are piling into their cars and heading down the road a piece for the annual Iowa City Jazz Festival. This year’s lineup is especially strong, with headliners Joe Lovano Us Five, Tom Harrell Colors of a Dream (with Esperanza Spalding on bass), Anat Cohen Quartet, young saxophonist Melissa Aldana and her Crash Trio (a huge hit at our own jazz festival, despite being rained off the main stage and relocated to the Amsterdam), Etienne Charles’s “Creole Soul,” B-3 organist Jared Gold and his trio, and powerhouse percussionist Pedrito Martínez and his Peruvian, Venezuelan and Cuban group.

In past years, this free outdoor festival has run Friday through Sunday. This year it’s Thursday through Saturday. Held on a big green lawn in downtown Iowa City among well-behaved Iowans, it’s a jewel of the heartland. City fireworks follow Tom Harrell’s closing set on Saturday. As of this writing, there are rooms available at the Sheraton a few blocks away from the festival site. Not promoting, just saying it’s close and convenient. Travel tip: Cedar Rapids and Waterloo have been hit by flooding, which could present challenges if you’re driving the Avenue of the Saints.

St. Paul’s Fourth of July fireworks are moving to the State Capitol Mall, which opens to the public at 8 p.m. Friday. They were originally part of Taste of Minnesota, once scheduled for Harriet Island but now relocated to Waconia due to flooding. Mayor Chris Coleman thanked Visit Saint Paul, the Minnesota Wild, and Wells Fargo for stepping up on short notice to sponsor this event. Caveats: The fireworks will not be visible from the Mississippi River area. Pre-packaged food and beverages are allowed; grills, alcohol and personal fireworks are prohibited. The area from Rice to Cedar and University to 12th St. West will be closed to traffic. Take public transit if you can.

Fun Contest Alert: Design a jersey for the St. Paul Saints. If you win, you’ll receive four tickets to the Aug. 8 game (against the Sioux City Explorers), your own custom jersey signed by the team, and the opportunity to throw out the first pitch on Aug. 8. Plus the team will wear your jersey. How cool is that? Deadline: noon on July 7. FMI and official rules

Our picks for the next several days

Artscape will return Tuesday, July 8, with our new expanded arts coverage – four days/week, Tuesday-Friday. Our sincere thanks to everyone who gave to the Artscape Challenge and to our generous challenge donors. It’s almost a cliché these days to say “we’re humbled and grateful,” but we are.

Tuesday at the Minnesota History Center: Café Accordion Orchestra. The couldn’t-be-better kick-off to the History Center’s free “9 Nights of Music” outdoor series, now in its 17th year. Dance instruction from 6:30-7 p.m. (provided by the Tapestry Folkdance Center), live music at 7. Come early for free admission to the museum galleries from 5-8 p.m. Here’s the complete 9 Nights schedule through Aug. 26. Mark your calendar right this minute for Aug. 19, when the Grammy-winning Okee Dokee Brothers will perform. 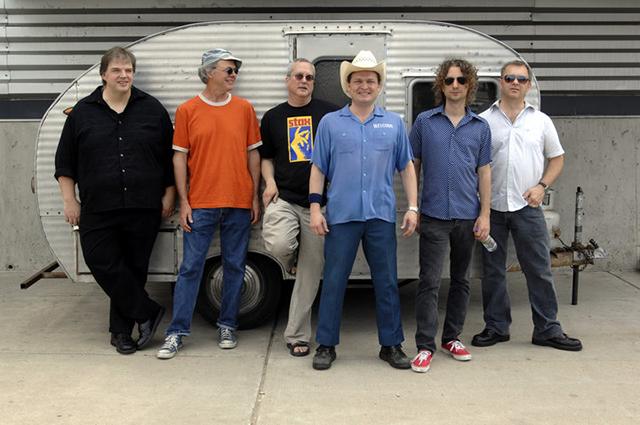 Thursday at the Minnesota Zoo: Bela Fleck with Brooklyn Rider. A musical omnivore (see also Bill Frisell below), Grammy winner Fleck has taken the banjo into new territory, going far beyond bluegrass and newgrass into classical, fusion, rock and jazz. The string quartet Brooklyn Rider is equally adventuresome and unconcerned with labels and boundaries. This will be a stage full of game-changers. On the program: original compositions and classic bluegrass. In the outdoor Weesner Family Amphitheater. Doors at 7 p.m., music at 7:30. FMI and tickets ($42, $54.50).

Friday at the Guthrie: “My Fair Lady” opens. It’s the perfect summer musical, with a wonderful story and a raft of unforgettable, singable, hummable songs: “The Rain in Spain,” “Wouldn’t It Be Loverly,” “I Could Have Danced All Night,” “On the Street Where You Live.” Hard to believe this is the Guthrie’s first time staging it. After seeing Tyler Michaels in “Cabaret,” we’re dying to see him as Freddy. Through Aug. 31. FMI and tickets (single tickets start at $28).

Friday through Sunday at Macalester College: A Prairie Home Companion’s 40th Anniversary Celebration. MPR’s Jen Keavy summed it up in a tweet: “40 years later, and ‘A Prairie Home Companion’ is still above average.” Garrison Keillor’s radio show is part of our cultural fabric. Who among us hasn’t breathed a happy sigh at the words “It’s been a quiet week in Lake Wobegon,” knowing we’re in for another good story? What began on July 6, 1974, at the Janet Wallace Auditorium at Macalester became a juggernaut of a show heard by 4 million people each week on some 600 public radio stations. The three-day anniversary celebration on Macalester’s Great Lawn has many parts, paid and free, with lots for families to do. Tickets are still available (as of this writing) for Friday’s “40 Years, 40 Songs” show, to be followed by a mass singing of all-American favorites including our national anthems. Listen at home to the three-hour live broadcast on Saturday; tickets to that event have sold out. FMI.