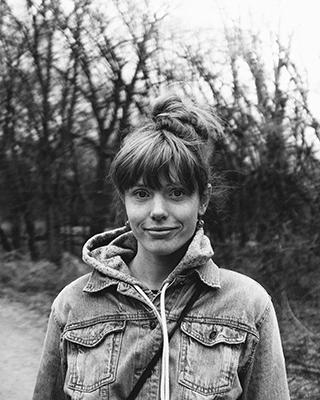 Much of the news we hear about the University of Minnesota is sports-related, but the U is a teeming, steaming arts-and-culture hotbed. Concerts, plays, operas, dance performances, art exhibits, readings and other events happen there all the time. With classes about to resume, we can go back to school.

The magnificent new Northrop starts its first full school year with a free concert tonight (Friday, Aug. 29) featuring singer-songwriters Haley Bonar and John Mark Nelson. Bonar used to be filed under “folk” and “alt-country,” but the music website Wondering Sound has come up with a better description, if we really need one: “confessional garage-pop troubadour.” Nelson is a young folk-pop musician. U of M students and the general public are invited. Doors at 7 p.m., show at 8. Tickets are required and you can get yours here. All are general admission, but since Northrop’s multi-million-dollar “revitalization” and the major downsizing of its once humongo auditorium, any seat is a great seat.

The 2014–15 Northrop Dance season begins Saturday, Sept. 27 with a performance by the iconic Paul Taylor Dance Company. The program features three dances: “Aureole” (1962), set to a baroque music score; “Beloved Renegade,” inspired by Walt Whitman; and “Piazzola Caldera,” with Astor Piazzolla’s tango music performed live by the Pablo Ziegler Quintet. 8 p.m. FMI and tickets ($64, $54, $44). Related events have also been scheduled, all free and open to the public. On Sunday, Sept. 21 and Thursday, Sept. 25, the Best Buy Theater (the technology-rich, 168-seat theater that was tucked into “found” space under Northrop’s third balcony) will screen two documentary films about Taylor. Sunday at 4 p.m., “Paul Taylor: Creative Domain” (2013) observes Taylor’s creative process as he conceives of and choreographs his 133rd dance. Thursday at 6 p.m., “Dancemaker” (1998) follows Taylor and his company in rehearsals, on the road and backstage. On the night of the dance, at 6:45 p.m., choreographer Carl Flink of Black Label Movement, who previously danced with the Paul Taylor Dance Company, will talk with the company’s rehearsal director and manager during a performance preview.

At the Weisman, the titanium-clad, Frank-Gehry designed museum on East River Road affectionately known as WAM, will welcome students back on Friday, Sept. 5, with WAM-O-RAMA, a free concert for all ages. FMI. In the galleries now: “Ceramics from the Weisman Art Museum: A Personal View,” “Wam@20: MN,” with 80 works by Minnesota artists (ends Sept. 7); and “Trains That Passed in the Night: The Photographs of O. Winston Link.”

Opening Tuesday, Sept. 2 in the Katherine E. Nash Gallery in the Regis Center for Art (East): “Thinking Making Living.” A show that considers the social, political and ecological issues of our time, then responds with socially engaged art that includes “The Hydroponic Table,” a real gather-around table with a trough for growing veggies. At a public reception on Friday Sept. 12, from 6–9 p.m., artist Kate Casanova will host “The Edible Insect Tasting,” during which guests will be invited to sample crickets, mealworms and wax worms. We’re pretty sure we have plans for that night. FMI.

The U of M’s LearningLife program, part of the College of Continuing Education, aims to please with short courses, seminars and immersions that explore local neighborhoods, books by Native women (Louise Erdrich, Joy Harjo, LeAnne Howe), French music, math and more. Learn more online or attend the free sampler on Tuesday, Sept. 16, from 6:30–8 p.m. at the Continuing Education and Conference Center at the St. Paul campus. FMI and registration.

Each year, the U’s Department of English brings a parade of award-winning writers to the Minneapolis campus, throws open its doors and invites the public. The Fall 2014 English@MN Writers Series is a far-ranging, provocative bunch. Thursday, Oct. 2: Jeff Sharlet, who writes literary journalism about religion and culture in the U.S. (“Radiant Truths,” “Killing the Buddha”). Wednesday, Oct. 8: James McBride, author of the National Book Award-winning comic novel “The Good Lord Bird.” Tuesday, Oct. 14: Stacey D’Erasmo, whose latest novel, “Wonderland,” follows a fortysomething female rock star on the comeback trail. Her nonfiction book about writing, “The Art of Intimacy,” was published by Graywolf. Wednesday, Nov. 12: Jamaal May, author of “Hum” and two poetry chapbooks.

The Creative Writing Program’s seventh annual Hunger Relief Benefit on Monday, Nov. 3, will feature guest reader Jess Row, whose new novel “Your Face in Mine” imagines a white American man choosing plastic surgery to appear black. (There is a suggested donation of $5 for this event.) The weekend of Oct. 24–26 is devoted to the “John Berryman at 100” conference. Winner of the Pulitzer Prize and the National Book Award, Berryman taught at the U from 1955 until his death in 1972 (famously by suicide). The Andersen Library will be crawling with poets, Berryman scholars and former students of Berryman. The conference is free, but registration is required.

The U’s 2014–15 Headliners series starts Oct. 9 with Dr. Aaron Doering, whose passion for education and the environment has transformed the landscape of learning. Because this newsy series is tied closely to current events, we won’t know the other subjects and speakers until the weeks prior to each event. Subscribe early and save.

Saturday at Eat My Words Bookstore: Author Mary Relindes Ellis will discuss her new book, “The Bohemian Flats: A Novel.” Published by the U of M Press, the new novel by the author of “The Turtle Warrior” is set in part in the Bohemian Flats neighborhood of Minneapolis during the pre-World War I era. 2 p.m.

Saturday at Bedlam Lowertown: Four Humors’ “Lolita: A Three Man Show” was a highlight of the 2013 Fringe. Their description: “A one-hour stage play by Four Humors, based on the two-and-a-half-hour movie by Stanley Kubrick, based on the five-hour screenplay by Vladimir Nabokov, based on the 300-page novel by Vladimir Nabokov, as told by three idiots.” Our description: an offense against literature, in the best possible way. Doors at 7 p.m., show at 8. Tickets online ($15) or at the door.

Back to school: Arts galore at the U