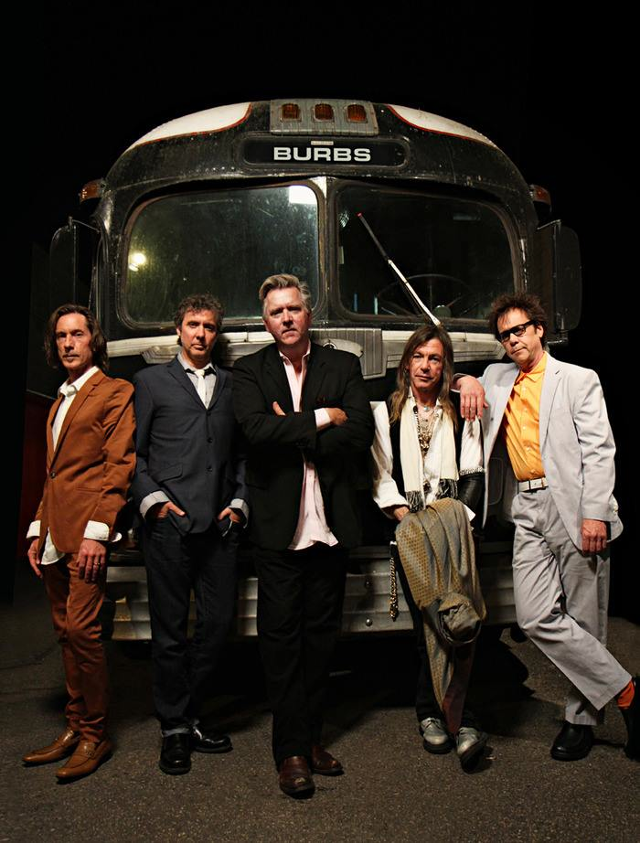 A West Bank music institution, the Cabooze, is celebrating its 40th anniversary with a special series of concerts. Announced yesterday: The Suburbs on Sept. 27. Formed in the western suburbs of Minneapolis in 1977, the ’Burbs – originally Chan Poling, Beej Chaney, Hugo Klaers, Bruce Allen and Michael Halliday – were major players on the Twin Cities indie-rock scene in the 1980s. They broke up in 1987 and have reunited on and off since 1992. Their 1984 hit, “Love Is the Law,” was the theme of last year’s same-sex marriage campaign. Their first new studio album in 27 years, “Si Sauvage,” came out last August.

The top 5 shows by overall ticket sales were “Hi! Hello! Namaste?” (Bollywood Dance Scene), “Fotis Canyon” (The Importance of Being Fotis), “Mainly Me Productions’ Our American Assassin; or You Can’t Handle the Booth!” (Malcolm & Jorge), “Top Gun: The Musical” (Rooftop Theatre Company) and “Crime and Punishment” (Live Action Set). The 27 sell-out shows included “boom” (Day In, Day Out Productions), “Crime and Punishment,” “Hi! Hello! Namaste?” “Native Man the Musical” (New Native Theatre) and “The History of Minnesota – Unscripted” (The Theater of Public Policy). Next year’s Fringe is scheduled for July 30 to Aug. 9.

Where is everybody? Minnesota Orchestra conductor and music director Osmo Vänskä spent Friday and Saturday in New York, leading the Mostly Mozart Festival Orchestra at Avery Fisher Hall. In his glowing review of Friday’s concert for the New York Times, David Allen wrote, “What a relief he’s back.”

The men’s vocal ensemble Cantus is somewhere on the Baltic Sea with Garrison Keillor on the latest “A Prairie Home Companion” cruise, as are a host of other Twin Cities performers including Kate Beahen, Lee Blaske, Dan Chouinard, Maria Jette, Dean Magraw, Gary Raynor and Butch Thompson. Cantus is blogging for us stay-at-homes.

Philip Brunelle and the 32-voice choral ensemble VocalEssence are in Seoul, Korea, attending the International Federation for Choral Music’s 10th World Symposium. Four choirs from the U.S. and 26 from around the world are performing there. Brunelle calls it “the highest honor one can receive in the choral world.” After the Symposium, the Ensemble Singers will travel to China to perform in Shanghai and Nanjing.

And pianist/composer George Maurer is on a once-in-a-lifetime bicycle trip across the country, raising money for cancer research in the name of a late friend who took a similar journey in 1988. Maurer’s plan is to ride across the lower 48 states in 48 days during his 48th year, as his friend Carolyn Held, a teacher, did in 1988. Held died in 2012 from cancer. Maurer departed Seattle on July 3; as of Monday, he was in Michigan. His goal is to make Boston by Aug. 20 and put $20,000 in the Carolyn Held Memorial Fund at Mayo Clinic. George is blogging, too, and posting often on a Facebook page. Pedal on, George!

Minnesota Orchestra associate concertmaster Roger Frisch has made a music video, sort of. Take a look at “A Violinist Plays For His Surgeons – As They Operate On His Brain.” Frisch has a condition called essential tremor that affects motor control. He now has a tiny electrode in his thalamus that stops the tremor. Positioning it correctly required Frisch to play violin during surgery. As Dr. Sanjay Gupta points out at the start of the video, “There are no pain fibers in the brain.” Thank goodness for that. Update: We’ve just learned that this video dates from 2010. It’s still a good story.

When you vote in tomorrow’s primary, keep in mind that you may also be voting for (or against) the arts. Minnesota Citizens for the Arts surveyed all of the candidates for the Minnesota House to learn which do and don’t support the arts. They asked candidates if they participate in the arts, if they will support arts funding, if they support tax exemptions from nonprofits, and if they will protect the Legacy fund from legislators who want to divert it. Find your district, then click on your district to see the survey responses.

What we’re reading: Rohan Preston’s “Marion McClinton: A man made by theater” in Sunday’s Star Tribune profiles the Tony-nominated director whose next play, “Marcus; or the Secret of Sweet” by Tarell Alvin McCraney opens at the Guthrie’s Dowling Studio on Sept. 12.

Thursday at Studio Z in Lowertown: Chris Lomheim Trio. In 2002, Chris Lomheim and his trio released an exceptional CD called “The Bridge” on the now-defunct Edina-based label Artegra. (Casting about for words to describe it, “luminous” and “sublime” come to mind.) It only took 12 years, but Lomheim is about to release his second CD and will give us a preview as part of Steve Kenny’s “All Originals” jazz series. Lomheim, bassist Gordon Johnson and drummer Jay Epstein are a quintessential jazz piano trio; you can fully expect excellence, originality, musicality and swing. 8 p.m., $10 online or at the door.

Thursday is the night Polish auteur Krzysztof Zanussi comes to the St. Anthony Main Theatre to introduce and discuss his classic films “The Illumination,” “Camouflage” and “The Constant Factor.” This special event is part of the series “Martin Scorsese Presents: Masterpieces of Polish Cinema,” which runs through Sunday, Aug. 31. FMI and tickets ($8–$10).

The 14th Annual Twin Cities Book Festival is set for Saturday, Oct. 11, from 10 a.m. – 5 p.m. in two big rooms at the Fairgrounds, the Progress Center and the Fine Arts Center. Programming has been expanded for middle-grade and teen readers, and there will be more ways for people to connect with authors. Expect internationally renowned visiting authors, local heroes, and a giant book fair. About 7,000 people turn out each year for this major literary gathering. Free.