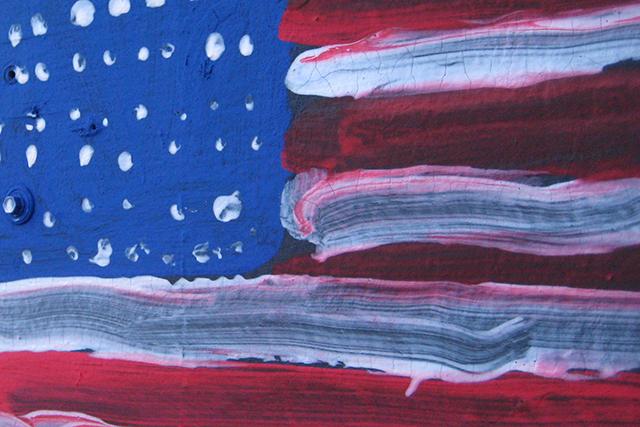 If you’re reading this, chances are you’re an arts supporter. But what about your legislative candidates? Do they care about and support the arts?

As it has done since at least the mid-1990s, Minnesota Citizens for the Arts, a nonpartisan statewide arts advocacy organization, surveyed all the candidates for the Minnesota Legislature to learn where they stand on arts issues. Just over half responded. Of those who did not respond, Republicans outnumbered Democrats 89 to 33, but MCA executive director Sheila Smith won’t draw any conclusions from that. “With most legislative surveys, the folks who agree with the organization’s position tend to respond more frequently,” she told MinnPost. “Some legislators have a policy of not responding to questionnaires at all.”

Candidates were asked, “Is there a specific arts organization/s in your part of the state that you or your family particularly enjoy?” Nearly 84 percent of those who responded listed at least one organization; over 65 percent checked the box for “and many more”; nearly 12 percent did not list any. On the question of whether nonprofits should continue to be exempt from paying taxes, 95 agree that they should.

Candidates were asked, “Will you protect the standard that 47 percent of the Arts & Cultural Legacy Fund is appropriated to the Minnesota State Arts Board and Regional Arts Council system, to ensure that all Minnesotans have access to the arts, regardless of their geographic location, through grants that reach all 87 counties?” Almost 90 percent of respondees support this, 60 percent enthusiastically. The plan to share Legacy wealth widely seems to be working. “We just did a map of current grantees, and visually, it’s fantastic,” Smith said. “Legacy dollars are getting into every corner of the state. No Minnesotan is left behind.”

Finally, candidates were asked, “In regards to the Arts and Cultural Fund, would you oppose any effort to use dedicated Legacy resources for earmark projects?” Of those candidates who responded, 83 percent said yes and only 5 percent said no.

“When the citizens of Minnesota passed the Legacy Amendment in 2008, they indicated by a large margin that they support the arts,” Smith said. “We are unique in the country for having a statewide referendum. So we know there are a lot of people who care about this issue.” Since you’re probably one of them, take a moment to find your district’s candidates on the MCA survey report and check their responses. (If they didn’t respond, ask when they come knocking at your door.)

MCA’s report also includes the results of a Minnesota congressional candidate survey conducted in partnership with Americans for the Arts (AFTA), in which candidates were asked if they support increased funding for the NEA, among other questions. Incumbent members of the U.S. House and Senate running for re-election were given AFTA grades for their support of the arts. Reps. Betty McCollum, Collin Peterson, Timothy Walz and Sen. Al Franken all received an A or an A+; Rep. John Kline got an F.

Founded in 1882, the Schubert Club is one of the oldest arts organizations in the country. Its flagship International Artist Series has been presented at the Ordway (in what is now being called the Music Theater) since the hall first opened in 1985, almost 30 years. That’s where you’ll go to hear the rest of the 2014–15 season: the great pianist Richard Goode on Nov. 11; the exciting young pianist Benjamin Grosvenor on Feb. 24, 2015; the virtuosic young violinist Hilary Hahn on April 15; and the thrilling mezzo-soprano Joyce DiDonato on May 19.

Starting with the 2015–16 season, most International Artist Series concerts will take place in the Ordway Concert Hall, the new space now under construction where the much smaller McKnight Theatre used to be. (The Concert Hall will seat 1,100; the McKnight held 300; the Music Theater seats 1,900.) “It will have a natural acoustic better suited to recitals and chamber music, and it will be a smaller, more intimate space,” Schubert Club director Barry Kempton said in a statement.

Also, the Schubert Club will offer a new daytime series option, something ticket buyers have long requested. Some International Artist Series recitals will continue to be presented in the Music Theater. We’ll know which ones when the new season is announced in late February 2015.

Has the wayfaring Theatre Latté Da finally found a home at the Ritz Theater? Maybe, maybe not, sort of. Founder and director Peter Rothstein told the Star Tribune’s Rohan Preston, “We haven’t taken over the Ritz. We are producing ‘Into the Woods’ and our NEXT [musical theater workshop] series there this winter/spring. And we are renting office space.” With the future of its main tenant, Ballet of the Dolls, uncertain, the Ritz has been working to stay afloat. The steady presence of the popular theater would be a good thing.

Meanwhile, if you want to see Latté Da’s latest, “Master Class,” at MacPhail, you might want to get a move on. It ends Nov. 9 and several performances have already sold out. This is a golden show; everyone who sees it has loved it, including yours truly. FMI and tickets ($35–$45).

Today (Thursday, Oct. 30) at Northrop: “The Presence of the Past: Memory, Fiction and the Contemporary Landscape.” A panel with Mary Relindes Ellis, author of “The Bohemian Flats: A Novel,” published by the University of Minnesota Press; memoir and travel writer Catherine Watson; and Minneapolis Park Board Commissioner Scott Vreeland. All will talk about how the past informs their work. Part of the Institute for Advanced Study’s “Thursdays at Four” series. In the Crosby Seminar Room, 84 Church St. SE. 4 p.m. FMI. Free.

Tonight at the University of St. Thomas, St. Paul campus: NPR’s “Morning Edition” co-host Dave Greene. MPR’s Tom Weber talks with Greene about his life, his career and his new book, “Midnight in Siberia.” During a 6,000-mile journey on the Trans-Siberian Railway, Greene spoke with ordinary Russians about how their lives have changed in the post-Soviet years. In the auditorium of O’Shaughnessy Educational Center. Part of MPR News’ Broadcast Journalist Series. 7 p.m. FMI and tickets ($12/$15).

Friday (Halloween) at the Walker: “A Girl Walks Home Alone at Night.” Sometimes you just have to go with a review quote: “An astonishing debut feature that contains the dark beauty of old school vampire films, the cool rigor of the Iranian New Wave, and the culturally aware wit of someone with killer taste in music and movies”—Filmmaker Magazine. 7:30 p.m. FMI, trailer and tickets ($7/$9).

Friday at Jazz Central: B-3 Duo and Atlantis Quartet. Start with Kevin Gastonguay on the mighty Hammond B-3, with Mac Santiago on drums. (Will Gastonguay play Bach’s Toccata in D minor in honor of the night? He might.) Stay for a special performance of John Coltrane’s iconic “A Love Supreme” by Atlantis Quartet: Zacc Harris on guitar, Chris Bates on bass, Brandon Wozniak on saxophone and Pete Hennig on drums. We’ve heard them do this and it’s fantastic. 407 Central Ave. SE in Minneapolis, downstairs. 7:30 p.m. Drop a donation in the drum.