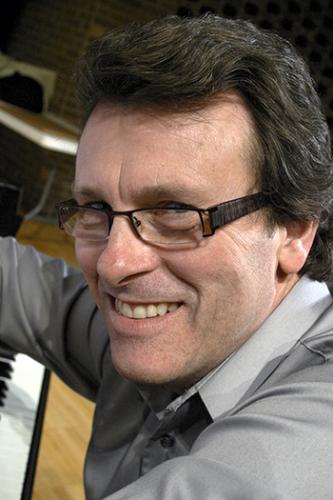 Composer Stephen Paulus, who spent most of his life in St. Paul, died Sunday from complications of a severe stroke suffered on July 4 of last year. Many of us who followed his story on CaringBridge held out hope for his recovery, but he passed away peacefully on Sunday morning at age 65.

A gifted and prolific composer, Paulus left a rich legacy: more than 500 works of classical music, including operas, oratorios, orchestral and chamber music, hymns, holiday music, and music for piano, organ, and band. His works have been widely recorded and performed thousands of times. On Sunday, his “North Shore” will be performed at Orchestra Hall as part of VocalEssence’s “Made in Minnesota” concert.

In 1973, long before Paulus became internationally known, when he was still a graduate student at the University of Minnesota, he was already thinking outside the box. With fellow U of M student and composer Libby Larsen, he formed the Minnesota Composers Forum to bring their music to an audience outside the university. They raised money, held concerts, and added members. Today the American Composers Forum (ACF) — the name was changed in 1996 — is the world’s largest composer service organization, with nearly 2,000 members in the U.S. and abroad. It supports composers, funds residencies, commissions new music, creates new markets, builds audiences, and releases CDs on its own label, Innova.

John Nuechterlein first met Paulus in 1998, when he became ACF’s managing director; he’s been president and CEO since 2003. “He and Libby were my muses,” he said. About Paulus’ death: “We’ve lost a music light is the best way of saying it.” On Tuesday, Nuechterlein shared his thoughts on Paulus, his accomplishments, and what might have been.

On Paulus’ process and music: “Stephen was a classical concert composer who still put notes on paper. Most of his compositions were commissions. Much of his music is choral. He had a particular gift for writing for the voice. He was composer-in-residence with Dale Warland for many years, and Dale gave him his start as a young composer in the field of choral music.

“Stephen’s musical voice is wonderfully lush and beautiful, and that’s what helped his career build. He just wrote stuff people really loved and wanted to hear and perform.”

On changing the game: “Stephen was both composer and entrepreneur. For decades, composers relied on publishers to publish their music. Stephen said, ‘I don’t think we have to do that old model. I can be my own publisher.’ He started his own company called Paulus Publications. He set up an office, hired people to print his music on demand, and [acquired] the technology to do it. 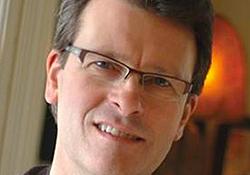 The legacy of Stephen Paulus: music that had magic and sizzle

The loss of composer Stephen Paulus is being felt nationwide, but no more so than here, where he produced much of his heralded work.

“He owned all of his own copyrights. The old model is, when a composer gives his music to a publisher, he gives up the copyright. The publisher owns it. Stephen said, ‘I would prefer to own and sell my own music.’ It’s a ton of work to be both artist and businessperson, but he made it work.

“He was one of the pioneers in how a composer can be the master of his own future by owning his own copyrights, because a composer makes more money that way. He helped a lot of composers learn how to set up a business and navigate all the legal things that are needed. A lot of composers worked for him in his office. They got their start that way.

“Honestly, that was one of the most amazing things about Stephen. A lot of people have said and are going to say how much they loved his music, but what I want to say is that he helped hundreds of composers understand what it means to be a working living composer. He held workshops for the Forum with composers here in town and nationally. He was known in New York as the new model of how a composer can build a career with new technologies. He built his own business and was very successful.

“He was a model for how a composer can make it in this world. So it’s not just about the great music he left, but his legacy of helping people.”

What might have been: “He was one of the most prolific composers in any number of ways. He had a dozen different commissions going on at the same time when he was struck down … I think he would’ve continued to write choral music. That was a love, and it was what he did well, and was helping drive the business.

“I think he would have written another opera. He loved writing operas, and of course his collaboration with Michael Dennis Browne led to some wonderful ones, and I think he had a few ideas percolating for new ones. So I bet there would have been a few more of those.

“It’s hard to say what anyone would have accomplished had they lived longer – any composer. But I know he would have continued to give the world some incredible music, because that was just who he was.”

What Nuechterlein will miss most about Paulus: “The word that comes to mind is ‘inspiration.’ I always found Stephen inspiring, whether I was listening to a piece of his music or having a beer with him at Salut on Grand, which we did frequently. He inspired me. He kept me going when I was like, ‘What the hell am I doing with my life?’

“No matter what I was talking to Stephen about, being with him kept me inspired to keep doing what I’m doing, what the Forum is doing – because there is a purpose to what we’re doing. I will miss his inspiration.”

A memorial service for Stephen Paulus will be held Saturday, Nov. 8, at 3 p.m. at House of Hope Presbyterian Church, 797 Summit Ave., St. Paul.