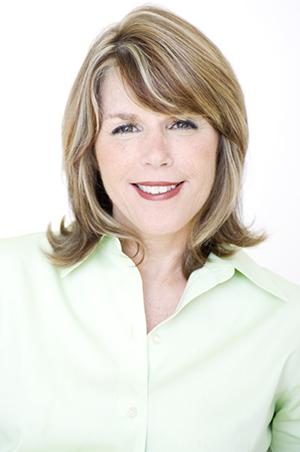 Minneapolis and St. Paul are two of the most literate cities in the nation. We have more bookstores, more libraries, more people who read the daily newspaper. And probably more author reading series. Star Tribune books editor Laurie Hertzel recently made a list of series that will bring dozens of authors to the Twin Cities this year, not including those who will appear at bookstores, on campuses, at the annual Twin Cities Book Festival (coming up Oct. 11) and other events. Only one series has had the same host for 10 years: “Talking Volumes,” a joint “book club” of MPR, the Strib and the Loft.

Since 2004, MPR’s Kerri Miller has sat on stage at the Fitzgerald Theater, talking with famous authors before a live audience. She also presents her Pick of the Week on the “Daily Circuit,” which she hosts; does a segment called “Roaming and Reading” on travel-themed books; and runs the Kerri Miller Book Club, which is offered as a membership benefit.

That’s a lot of books. Does she read every book she presents or recommends? “Absolutely,” she says.

The 2014 season of “Talking Volumes” starts tonight, and the 10th year seemed like a good time to speak with Miller, who sounds exactly the same on the phone as she does on the radio.

MinnPost: The first author you interviewed for “Talking Volumes” was Joyce Carol Oates in 2004.

Kerri Miller: A tough interview. She loves talking about her writing, but she has somewhat of a forbidding presence.

[Note: Oates is the featured author in tomorrow’s sold-out “Pen Pals” event at the Hopkins Center for the Arts.]

MP: How has the series changed over the past decade?

KM: When it started – I’ve been doing it for 10 years, and Katherine Lanpher did it for five, so we’re at 15 – they would go to the annual Book Expo and nobody knew what Minnesota Public Radio was. They had to say, “Look, we’re a state of readers, and we can bring 1,000 people to a theater.” When I came in, some of that foundation had already been laid, but to New York publicists, we’re flyover land.

I don’t think [early “Talking Volumes”] ever did nonfiction, and I felt pretty strongly about bringing in literary nonfiction, so we did. And we brought in authors who weren’t typically in the lane of our members; Chuck Palahniuk comes to mind. He wrote “Fight Club” … We got strategic about ways to change and get our audience to come along with us and trust us, so if something shows up on the calendar they might think, “I’m willing to give it a shot.” We know there’s a whole lot of competition out there.

We’ve broken down some of the barriers with the publicists. One of my all-time favorites is Jane Beirn. She’s Anne Patchett’s publicist, also Isabel Allende’s. Once she came to a “Talking Volumes” and saw what happens in that room, she became a believer.

MP: In our so-called digital, short-attention-span age, why do books still matter?

KM: Reading is an intimate experience that is unique to any other kind of interaction with any other media. I can’t think of another media experience that gives me the sublime feeling reading does – the feeling that I’ve created a world I’m fully immersed in. I don’t get that anywhere else.

And yes, it’s a chaotic, busy, complicated world, and books bring you into the experience of someone else in a way that tells you truths a lot of news coverage never will. To try to understand the immigrant experience, I go to a book – maybe something by Zadie Smith. That’s how I try to understand how the world is changing.

KM: Not at all, and that ticks people off, but I really don’t. If the story is fully engrossing, it doesn’t matter what I’m holding … But it’s funny, because some of the purists are people I really respect. Sherman Alexie feels very strongly that you’re missing part of the experience if you’re not holding a book. I respect him, so I have to give thought to that.

MP: What was your favorite interview and why?

MP: Your most challenging interview?

KM: Marilynn Robinson. She was very nervous, and she wasn’t buying my act at all. She didn’t really warm up to me. I saw her drinking a couple of glasses of wine before the show, and I probably should have realized she was nervous, but I didn’t really catch on until we sat down on the stage to start the interview. [The audience] was literally up to the rafters – 1,000 people were there to see her – and the interview never went anywhere. What I usually do is write out 10 questions, and if things go well I might only get to two or three of them. With Marilynn Robinson, I used up every question and then was frantically thinking, ‘God, how am I going to get through this interview?” It just didn’t soar.

MP: Your most shocking interview?

KM: I can’t tell you the name, but I can tell you the story. This author – very well-known – was late getting to the Fitz and had been out drinking most of the day. I could smell alcohol. He brought a bottle into the Fitz, a full fifth of hard liquor; I think it was bourbon. He sat down in the green room and basically drank the whole thing. I thought, “What’s going to happen when he’s incapacitated?” I sometimes ask authors to read three excerpts, and that was the plan. He got up on stage and was note-perfect.

Junot Diaz was a little shocking because he’s explicit. He was having back problems, so he was in pain. We did the show perched on stools, but he held the audience in the palm of his hand.

MP: Who are some authors you really want to bring here?

MP: This year’s first “Talking Volumes” is with a pair of YA authors, Holly Black and Cassandra Clare. They have combined sales so far of 37 million books. Who are these people?

KM: They’re unique personalities. Seriously, I think this is going to be a lot of fun. They’re women with pink hair and crazy blue hair. They’re very in touch with their fan base. We’ve had some pretty big YA authors – Rick Riordan being one of them – who come alive with that interaction with their fan base. But [Black and Clare] really thrive on the interaction with the young people they’re writing for.

MP: Are you expecting kids in the audience?

MP: I’m sure you’ve read Ruth Graham’s piece in Slate, “Against YA,” where she says that adults should feel embarrassed about reading literature written for children. What are your thoughts on this?

KM: I don’t understand why adults like to read books written for children. I said that on the air the other day. That’s going to upset people.

People say, “What’s your problem? Have you read ‘Harry Potter’?” I can’t read the “Harry Potter” series. I’ve read one of the “Hunger Games” novels, and I can see why it’s popular, but it’s not compelling to me.

Here’s my concern about this, and I’ve said this on the air: If you are like many Americans and you only read four or five books a year, as a lot of people only have time to do, or the desire, and that’s what you’re reading, you’re missing out on some really great stuff written for you as an adult. People come back and say, “But at least you’re reading something.” Well, I don’t think that’s justification enough. I think you ought to be reading at your level.

MP: Sherman Alexie’s name has already come up. His book “The Absolutely True Diary of a Part-Time Indian” has just been banned again, this time in Texas. Should any book be banned?

KM: No. I’m sympathetic with parents who have concerns and don’t know where to take them. Should they take them to the school district for discussion? But I don’t think it’s up to a school district to censor reading material. I can’t think of a good argument for that; I really can’t.

KM: I’m finishing “The Red Sparrow” by Jason Matthews. It’s a spy novel. I’m reading “The Undertow” by Joe Baker. I just finished “Submergence” [by J.M. Ledgard]. And have a literary guide to Tuscany by a guy named Ted Jones [“Florence and Tuscany: A Literary Guide for Travelers”].

KM: We have a deck in back, and the sun comes around the house at around 2 p.m. I like to sit there. I only get to do that about three months out of the year. The rest of the time, I have a big chair in the living room.

MP: Do you listen to music while you read?

MP: What do you like to drink when you read?

MP: What else would you like people to know about you?

KM: When I took this job 10 years ago, I was forced to read outside of my comfortable little orbit. It has been very fulfilling to travel with some of that literature under my belt. I’ve become much more intentional about the way I travel and the way I observe. I’ve been exposed to a world of ideas that I might not have if I wasn’t required to do this for the job.

Talking Volumes, the perils of interviewing and why books matter: a Q&A with Kerri Miller