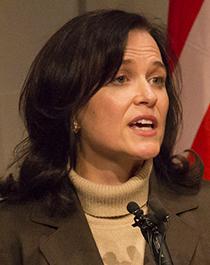 Minneapolis Mayor Betsy Hodges has used her personal mayoral web page to affirm her commitment to public art and explain why she recommends no new funding for public art in her 2015 proposed budget. The proposed cut to public art funding was reported last week here and in the Star Tribune and then in Hyperallergic, a widely read website of arts commentary based in Brooklyn, New York.

In a post published Monday at mayorhodges.com, Hodges wrote, “So why are people under the impression that I have ceased supporting public art? I believe first, because I made decisions about cash flow that have been interpreted as lack of support and second, because I have not done a good job communicating those decisions. For the latter, I apologize.”

Projects for the city’s Arts in Public Places program are funded by bonds, Hodges wrote, but the bonds are not tied to any specific project: “Bonds that we issue in 2015 might be used for projects prioritized in 2011 for which bonding authority was set aside. There is a limit to how many bonds the city can issue in any given year. That means if we authorize but don’t issue bonds this year, we are foregoing other opportunities for public investments that are paid for with bonds, including streets and bridges.”

Currently, there is a lot of funding – nearly $900,000 – left over from previous years: “These funds are sufficient to provide for any needed resources through 2015, and likely into 2016 when an additional amount of $545,000 is planned to be added to the program.”

Plans are to reinstate new funding for Art in Public Places in 2016. Meanwhile, for 2015, Hodges recommends more than doubling funding for the Arts, Culture, and Creative Economy program, part of the City Coordinator’s office. The new funding would support an update of The Minneapolis Creative Vitality Index Report, a detailed summary of the economic contributions creative industries make to the city ($40,000 ongoing, $20,000 one-time General Fund appropriation); a partnership with Intermedia Arts called Creative Citymaking ($75,000); and a new planning process called the Creative City Road Map ($35,000). You can be part of the Road Map by taking a survey.

The Arts, Culture, and Creative Economy program, directed by Gülgün Kayim, has one foot firmly in public art. It has partnered with the Minneapolis Convention Center and Northern Lights.mn on the Creative City Challenge, an annual competition that places a temporary work of public art on the Convention Center’s plaza. In 2013, the inaugural year, the winner was “MIMMI,” a large, pressurized sculpture suspended in the air; in 2014, “Balancing Ground” took the prize. Entries for this year’s competition, a $75,000 commission, are now being accepted and are due Monday, Dec. 1. An information session will be held tonight (Wednesday, Nov. 5) from 6 to 7 p.m. at the Convention Center. FMI. 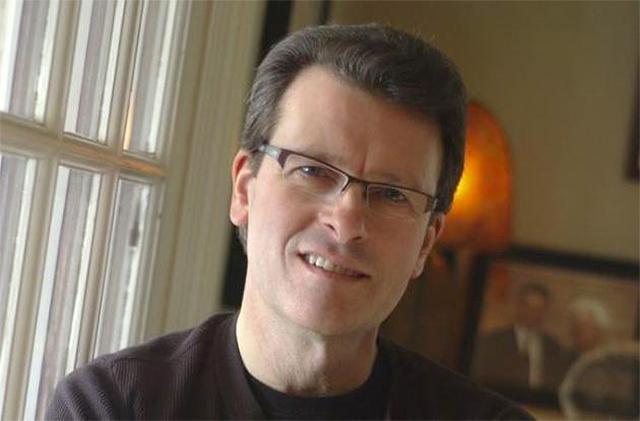 Plans are taking shape for the memorial service for St. Paul composer Stephen Paulus, who died last month from complications of a severe stroke. Paulus’ wife, Patty, has been posting details on the family’s CaringBridge page. The service will be held this Saturday, Nov. 8, at the House of Hope Presbyterian Church, beginning around 2:30 p.m. It will be filled with music, beginning with two organ pieces by Paulus and including a new piece composed in his honor by his son, Greg, for jazz combo, choir and organ, with words by poet Michael Dennis Browne. The service will be streamed online for those unable to attend. On Saturday, you can go to the church’s website and click on Live Stream.

Paulus had a long relationship with House of Hope, for which he wrote his one-act opera “The Three Hermits,” which ends with “Pilgrim’s Hymn,” one of his best-known works. Earlier this month, Minnesota Bach Ensemble conductor Andrew Altenbach shared a story of a chance encounter with Paulus at the church.

“The first rehearsal we had for the Bach Ensemble was at House of Hope, and [Paulus] was in the organ loft when I came to set up the chairs and stands. He was working on an organ concerto for the Phoenix Symphony, which was never completed. I needed to move one of the pews, and he came down and started helping me. I said, ‘I’m sorry to take you away from your composing,’ and he goes, ‘That’s OK. I’m stuck anyway.’ … He had a really good sense of humor. He was filled with life.”

Starts Thursday (Nov. 6) at Orchestra Hall: The Art of Russia. The Russians are coming, and they’re taking over Orchestra Hall for much of November. This weekend (“The Art of Russia: Energy and Elegance”), Russian-born pianist Kirill Gerstein will make his Minnesota Orchestra debut, performing music by Shostakovich (Piano Concerto No. 2) and Prokofiev (Piano Concerto No. 1). Also on the program: selections from Tchaikovsky’s “The Snow Maiden” and Stravinsky’s “The Fairy’s Kiss.” In a tribute to composer Stephen Paulus, who died Oct. 19, each concert will begin with the “Veil of Tears” interlude from his oratorio, “To Be Certain of the Dawn.” Courtney Lewis will conduct. Next weekend (“The Art of Russia: The Slavic Soul”) will feature Polina Nazaykinskaya’s “Winter Bells” (Nazaykinskaya was a star at the Orchestra’s 2010 Composer Institute) and Prokofiev’s Symphony No. 5, plus Mozart’s dramatic Piano Concerto No. 20 with Jonathan Biss at the keyboard. Finnish conductor Hannu Lintu makes his Minnesota Orchestra debut. Arrive early or stay late to view signature pieces from the Museum of Russian Art’s permanent collection, on loan and on display in the Grand Foyer. Concerts at 11 a.m. Thursdays, 8 p.m. Fridays and Saturdays. FMI and tickets ($25–$96).

Friday at Jazz Central: Dans Les Arbres. Contemporary improvised music by an international quartet on an eclectic array of instruments: clarinet, harmonica, prepared guitar and banjo, prepared piano, harmonium, percussion, shruti box. (We had to look that last one up: it’s an instrument with bellows, kind of like a harmonium, used to provide a drone in Indian classical music.) Three musicians from Norway and one from France, Dans Les Arbres records for the prestigious label ECM. Part of the Crow with No Mouth 2014 concert season of experimental music. 407 Central Ave. SE, Minneapolis. 7 p.m. doors, 7:30 p.m. music. $10 at the door.

Friday through Sunday at the Cowles: Katha Dance Theatre presents “The Rubaiyat – Life in a Day.” What most of us know of Omar Khayyam’s verses can be summed up in 10 words: “A loaf of bread, a jug of wine and thou.” And that’s not even a good translation. Choreographed by Rita Mustaphi, this world premiere collaboration among many artists – KDT dancers, interns, musicians, composers, and visual artists – explores the 11th-century musings of the Persian philosopher-poet through dance, live music, dramaturgy, design projections and digital illustrations. 8 p.m. Friday and Saturday, 2 p.m. Sunday. FMI and tickets ($25–$30).

Saturday at the Dakota: Bebel Gilberto. The multi-Grammy-nominated singer-songwriter long ago stepped out of her parents’ shadows (her father is João Gilberto, her mother Miúcha) and into her own spotlight, a warm, bright space suffused with Brazilian rhythms, world influences and jazz, touched by electronica and shaped by her own ethereal vocals. Her latest, “Tudo,” sung in English, Portuguese and French, features six original songs, Jobim’s “Vivo Sonhando” and a magical cover of Neil Young’s “Harvest Moon.” Think of this concert as a handful of sun to hold onto as the temperatures drop. 7 and 9:30 p.m. FMI and tickets ($60–$40).