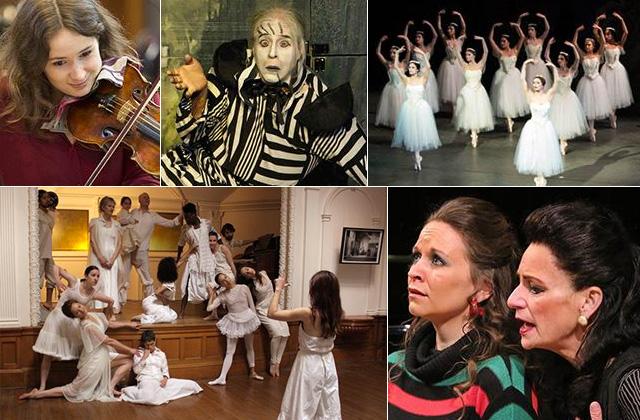 1. Our orchestras are back and rebuilding. After two horrid lockouts – the Minnesota Orchestra’s lasting 16 months, the St. Paul Chamber Orchestra’s 6 months – both of our state’s flagship bands are back in business, sounding good, financially stronger and optimistic about the future.

At the Minnesota Orchestra, the key word was “rebuilding.” Osmo Vänskä is back, Kevin Smith is president and CEO, and the lockout-era lightning rods – CEO Michael Henson, board chair Jon Campbell and former board chair Richard Davis – are gone. At its annual meeting in December, the orchestra reported a lower-than-expected deficit, increased donations (including $13.2 million in anonymous gifts), and could-be-better-but-still-pretty-good attendance at concerts (78 percent of paid capacity). BUT they’re still using a lot of subs. According to the latest contract, the full complement is 95 musicians; currently there are 77. Two more have won auditions and will join the orchestra in 2015.

At the SPCO, the key phrase was “let’s see how many superstar artistic partners we can sign.” Just kidding, but wow, we’re impressed. American pianist Jeremy Denk, Swedish clarinetist Martin Fröst and Moldovan violinist Patricia Kopatchinskaya have all committed to at least three years, so we’ll have several chances to see them play. Meanwhile, the orchestra balanced the budget and performed to 90 percent capacity. And they haven’t even played the brand-new Ordway Concert Hall, which opens in March and was designed for them. BUT they’re still using a lot of subs. They lost many musicians during the lockout – 10 took buyouts – and while their new contract calls for a complement of 28, they have only 18; 19 next year, when cellist Julia Albers is here full-time. We’re told that reaching 28 “will take as long as it takes.”

2. The jazz diaspora. For jazz, the word was “resilience.” Jazz took it on the chin when the Artists’ Quarter closed last New Year’s Eve. Luckily, improvisation is the heart of the art form. Musicians took charge and series were born: at Jazz Central, which stepped up to become the Twin Cities’ only full-time jazz venue; at Icehouse, where Monday nights are handed over to JT Bates’s Jazz Implosion; at the Black Dog, a longtime jazz supporter; at Studio Z, a small but excellent listening room in Lowertown; and at Orchestra Hall, where Jeremy Walker is curating a jazz series in the Target Atrium. A step toward our own Jazz at Lincoln Center or SFJAZZ? There’s even a first-ever “Twin Cities Jazz Sampler” CD.

3. Performers on the move. For the performing arts, the word was “peripatetic.” We almost showed up at the Walker one night for a concert that took place at the Amsterdam. Oops. Sally Rousse and Noah Bremer danced their way through the American Swedish Institute’s Turnblad Mansion in “KOM HIT,” Bremer and the Minneapolis Music Company combined dance and music at the Soap Factory and Bedlam Lowertown, Theater Latté Da moved into MacPhail’s Antonello Hall for “Master Class,” the chamber group Accordo spent Mondays at Christ Church Lutheran and Tuesdays at the Amsterdam, Schubert Club Mix traveled to Aria and the Bedlam, Black Label Movement danced to music by the Bakken Trio at MacPhail, Zeitgeist performed John Luther Adams’ “Inuksuit” outdoors at Caponi Art Park, and you never knew where Dark & Stormy Productions would put its next play. Off-Leash Area’s Paul Herwig brought his new Right Here Showcase to the JSB Tek Box, an almost conservative move for someone who stages plays in garages.

4. Parties were the thing. The Minneapolis Institute of Arts and the Walker held imaginative Third Thursday and Target Free Thursday events. The American Swedish Institute threw a series of wildly popular “Cocktails at the Castle” soirees that drew thousands. And speaking of the ASI, it seems to have the only successful museum restaurant in town. In just two years, FIKA is in the black. Is it the Swedish meatballs? The cardamom buns? The fact that FIKA is located just to the left of the entrance, so instead of having to look for it, you literally can’t miss it? Or is it because it’s the only sit-down restaurant in the Phillips West community? We’re betting on the buns.

5. The new, gorgeous Northrop. The Grand Reopening featured a performance of “Giselle” by the American Ballet Theatre. Walking into the new Northrop for the first time, we almost expected to hear a choir of angels. It’s that beautiful. The gigantic barn with the ghastly acoustics has been transformed into gorgeous and welcoming spaces.  HGA won a well-deserved American Institute of Architects Honor Award for the renovation. We can’t wait to see the finished Ordway Concert Hall, another HGA project. Did we mention that Minneapolis is HGA’s HQ?