Artscape is taking a break. We’ll pop in during Christmas week with our year-end list, then return to regularly scheduled programing Tuesday, Jan. 6. Happy holidays!

It seems like kind of a no-brainer. A compilation album of tracks from recent recordings by area jazz groups. A sonic snapshot of the Twin Cities jazz scene, or at least a meaty part of it. So why hasn’t someone done this before?

Trumpeter, bandleader, composer, producer and booker Steve Kenny, the man behind “Twin Cities Jazz Sampler: Volume One,” wondered the same thing. “When the idea hit me, I was torn. On the one hand, I needed cooperation from everybody. You can’t do this alone. On the other hand, I was afraid that if I told too many people about it, someone would do it out from under me.”

Wanting to “put the flag on the moon,” he moved fast, reaching out to artists, having the album mastered, launching a successful Kickstarter to cover the costs of manufacturing. The official release event happens Saturday at Jazz Central. The Sampler is available now through the online music store cdbaby.

It’s part of a bigger plan in Kenny’s mind. “When I did the All Originals Jazz Series this summer, it got me thinking horizontally, looking at the whole scene, and that helped form the idea to do this. A number of jazz artists in the Twin Cities are trying to get ‘Downbeat’ to notice them. The whole scene is worthy of national attention. Let’s see if we can elevate the whole league.”

Kenny wants us to know that the artists featured on the CD – including Chris Bates’s Red Five, the Zacc Harris Group, the Adam Meckler Orchestra, Atlantis Quartet, and his own Illicit Sextet – are “the same groups and the same music you can go out and find live in the Twin Cities right now. Part of the idea harkened back to the glory days of jazz on the New York scene, where Thelonious Monk was releasing recordings and playing at the Five Spot. Artists who released important recordings in the catalog of jazz history were doing that at the same time they were playing the same material with the same musicians in small clubs. I see that happening here, so this was an attempt at recognizing that. 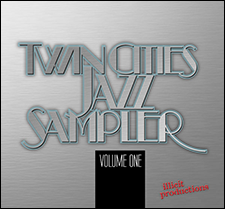 “The hope is to drive people to buy the records, but the goal is to increase audience levels at performances. When you buy this disc, you can get to know these bands and find their gigs, which are happening right now, and go out and check out the music.

“The other thing is, this is Volume One. I’m putting a line in the sand. I have this vision that at some point Target will care about a Twin Cities Jazz Sampler. I know it’s not ever going to beat out the Cities 97 Sampler – that would just be a bizarre-o world, where people really cared about art music. But if this one doesn’t sell 10,000 copies, Volume Four will.”

The “Twin Cities Jazz Sampler: Volume One” CD release on Saturday (Dec. 20) will feature live performances by Atlantis Quartet (just back from playing the Jazz Showcase in Chicago BTW), the Good Vibes Trio and Kenny’s Group 47. Doors at 7:30 p.m., show at 8. FMI and tickets ($15).

Playwright Tarell Alvin McCraney has received the 2015 Joe Dowling Annaghmakerrig Fellowship Award, given to an established theater professional with ties to the Guthrie. He’ll spend two weeks at the Tyrone Guthrie Centre on the estate of Annaghmakerrig, Guthrie’s ancestral home in Ireland. The Centre is a residential retreat for artists from around the globe. 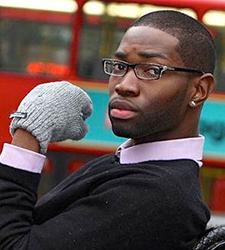 Starting in the 2010-11 season, the Guthrie presented McCraney’s critically acclaimed trilogy The Brother/Sister Plays – “In the Red and Brown Water,” “The Brothers Size” and “Marcus; or the Secret of Sweet” – through productions by Pillsbury House Theatre and the Mount Curve Company. In June 2015, the Guthrie will produce McCraney’s “Choir Boy.” Artistic director Joe Dowling praised McCraney as “a remarkable playwright, whose work has resonated with audiences around the country and internationally.”

At its annual meeting earlier this month, the Guthrie announced a surplus of over $247,000, achieving a return to fiscal balance. Last year it reported an operating loss of $438,000. A reduction in outstanding debt and growth in the Guthrie’s endowment also helped put the theater back on strong financial footing as Dowling prepares to step down.

The Bakken Museum has received a $10,000 grant from Xcel Energy for The Bakken Invention Programs, which include an Inventors Club and summer camps. The grant will allow the museum to improve program accessibility for underserved populations and ensure a broader range of student participation. “Xcel Energy’s generous gift will help The Bakken inspire even more youth with a passion for science,” education director Steven Walvig said in a statement. The Bakken was founded in 1975 by Earl Bakken, inventor of the pacemaker.

Three concerts have been added to the 2015 Live at Orchestra Hall concert season: master Celtic fiddler Eileen Ivers and her band Immigrant Soul (March 6); the 5 Browns, two brothers and three sisters playing five Steinways (May 15); and the Temptations, led by founder Otis Williams (July 12). Motown! Tickets to all three are on sale now.

Know anyone who wants to explore a career in arts advocacy? Minnesota Citizens for the Arts needs interns for January through April/May, depending on the 2015 legislative session schedule. MCA represents the arts community of Minnesota at the state Legislature, lobbies for state funding of the arts, and does advocacy for the National Endowment for the Arts (NEA). The position is part-time and flexible (about 20 hrs/week) and pays an hourly stipend. FMI, contact Mark Albers at 651-251-0868.

Opens tonight (Friday, Dec. 19) at the Film Society’s St. Anthony Main Theater: “The King and the Mockingbird.” Based on a Hans Christian Andersen fairy tale, French director Paul Grimault’s animated masterpiece – begun in 1946, completed in 1980 – has now been restored in HD. Bring the kids, bring your parents. In French with English subtitles, except at 1 p.m. on Christmas Day, when the English-language version will be shown. FMI, trailer and tickets ($8.50/$6/$3 for 13 and under).

Sunday at Magers & Quinn: Larry Millett and Matt Schmitt sign “Minnesota’s Own: Preserving Our Grand Homes.” In his books “Lost Twin Cities” and “Once There Were Castles,” Millett showed us buildings and homes lost to demolition, accident and neglect. “Minnesota’s Own” takes us to 22 homes across the state that have been lovingly preserved. The book includes more than 200 color photographs. A signed copy would make a great gift, just saying. Noon. Free.

Monday (Dec. 22) on your teevee: Couldn’t catch the always fabulous New Standards Holiday Show live this year? No worries. TPT was there, so you can watch at home. Here’s a preview. Airs at 9 p.m. Monday, with repeats at 3 a.m. Tuesday, 10 p.m. Wednesday, and 4 a.m. Christmas day, long after Santa has come and gone.

Sunday, Dec. 28 at the Jungle: “Holiday on Golden Pond with Connie Evingson.” For those of us who don’t have cabins to go to, Evingson sings jazzy holiday faves on the cozy cabin set of the Jungle’s current show, “On Golden Pond.” With Tanner Taylor on piano (a rare chance to see him, now that he’s moved to Iowa), Gordy Johnson on bass, and Dave Karr on saxophone. 4 p.m. and 7:30 p.m. Tickets here ($25).

One of the things we’re really looking forward to for 2015 is the Minneapolis Institute of Arts‘ 100th Birthday Year. They’re not wasting a minute. Thursday, Jan. 1 through Sunday, Jan. 4, the MIA will host a weekend of festivities and surprises including a post-New Year’s Eve brunch ($20; tickets here); a display of birthday cakes by Minnesota bakeries inspired by works of art in the MIA’s collection; pop-up performances by the Twin Cities Gay Men’s Chorus and the theater troupe Savage Umbrella; birthday-themed gallery tours; a New Year’s resolution make-and-take activity; and the reveal of an exhibition kept under wraps until now. The museum will open New Year’s Day with regular operating hours (10 a.m. – 9 p.m.), and “Italian Style” will stay open until 9 p.m. Friday, Jan. 2 and Saturday, Jan. 3.