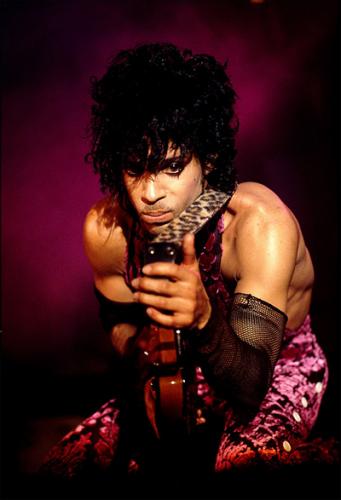 We’re lucky to have in our midst such vital arts resources and incubators as the Playwrights’ Center, Northern Clay, the Loft, Minnesota Center for Book Arts, the Textile Center – and the Mpls Photo Center. Since it opened in 2008, the Photo Center has served as gallery, studio, school, workshop and community center for photography. In an email sent Monday, founders Orin and Abby Rutchick threw out a challenge. Their kids and grandkids live in California, they want to go where family is, and they hope to turn over the Center – now “financially profitable … with positive cash-flow and processes in place” – to an individual, group, or organization that will keep it alive and growing. “We will not leave until we can assure that the center is in good hands,” they wrote. Currently on exhibit: a juried show of rock & roll photography, with several photos by juror Paul Natkin. Through March 1.

Also in transition, if not on the ice: Art Shanty Projects. If you’re wondering about this year’s shanties, which typically pop up on a frozen lake in late January, here’s the scoop. The organization – currently one of 32 candidates for the International Award for Public Art (IAPA) and a finalist for an ArtPlace America 2015 National Grant – has a new executive director, Dawn Bentley, and a recently obtained nonprofit status. There will be no shanties this year. A benefit called “Keep (Y)Our Shanties On!” – to raise funds and make buzz for next year’s shanties – is on for Sunday, Feb. 28, at the Fulton Brewery in Northeast. Live music, raffle opportunities, appearances by former shanty artists and lots of beer. FMI and tickets ($15 advance/$20 door).

Good news for Hastings, that lovely old Minnesota river town where the Mississippi meets the St. Croix. Pioneer Press reporter Nick Ferraro tells us that the former Guardian Angels Church, built in 1985, mostly vacant since 2007, will become a music school and arts center. With help from a low-interest, deferred loan from the city’s redevelopment authority, pianist Sarah Lockwood and her husband, Travis Lockwood, a physician and violinist for the St. Croix Valley Symphony Orchestra, have big plans for the 8,400-square-foot church: a large performance space, practice rooms, and artists’ studios for visual arts. Old churches can make great arts spaces, like the Museum of Russian Art in Minneapolis, the original Mayflower Congregational.

The list of finalists for this year’s National Book Critics Circle Awards includes some familiar names: Macalester professor Marlon James, Graywolf Press, Coffee House Press, the University of Minnesota Press. James was nominated for a fiction award for “A Brief History of Seven Killings.” (He reads at 7 p.m. tonight at the Fireside Reading Series at the Hamline Midway Library in St. Paul.) Graywolf poet Claudia Rankine was nominated in two categories, poetry and criticism (a first for the awards) for “Citizen: An American Lyric.” Graywolf dominated the criticism category, earning three out of five nominations; along with Rankine, Eula Biss is on the list for “On Immunity: An Inoculation,” as is Vikram Chandra for “Geek Sublime: The Beauty of Code, the Code of Beauty.” Coffee House poet Saeed Jones got the nod for “Prelude to Bruise.” The University of Minnesota Press nominee is “The Essential Ellen Willis,” also a book of criticism.

Rigoberto Gonzalez, chair of NBCC’s poetry committee, noted that “Rankine’s appearance on two separate categories is a testament to her book’s complexity, narrative reach and artistry.” And timeliness. “Citizen” is a meditation on race and the relentless racial aggressions in 21st-century daily life. It was also a finalist for the 2014 National Book Award in Poetry. Rankine will read at the College of Saint Benedict’s Sacred Heart Chapel next Thursday, Jan. 29, at 7:30 p.m., and again at the Loft in Minneapolis on Friday, Jan. 30, at 7 p.m. Both events are free. The Loft suggests a $5 donation and will provide an overflow room.

Saturday in Minneapolis: Impromptu Gallery Crawl. How smart is this? Four Minneapolis galleries with Saturday openings have banded together and staggered their times so you don’t have to choose between them. You can attend all four and see a wide variety of artwork by local and regional artists in the same evening. 2-5 p.m. at Groveland Gallery on Groveland Terrace: “Seen: A New Americana,” new paintings by Jaron Childs, Joshua Huyser and Jason Kowalski, and “Together/Alone,” new paintings by Kristie Bretzke. 6-8 p.m. at Instinct Art Gallery on Nicollet Mall: “Vibrant Matters,” a mixed-media installation by David Emitt Adams, David Aschenbrener, Sarina Brewer, Erica Spitzer Rasmussen, Chris Strough, Michael Thomsen and Keith Taylor. 7-11 p.m. at Gamut Gallery on Marquette: “Common Oasis – An Invitation for All to the Present Moment,” a collaborative multimedia show by installation artist Rachel Andrzejewski and painter Krista Braam. 7-11 p.m. at Public Functionary in Northeast: “Wintertide – Biennial Juried Art Exhibit,” with artwork by members of the Northeast Minneapolis Arts Association (NEMAA).

Thursday, February 12 at Concordia University in St. Paul: “An Evening with Donald Jackson.” In 1998, Saint John’s Abbey and University in Collegeville commissioned the first illuminated Bible in 500 years. Handwritten on calfskin vellum with traditional tools and inks, filled with art, it was the Abbey’s way to mark the turn of the millennium. (This is the same Benedictine abbey that hired Marcel Breuer to design its church.) Donald Jackson, official scribe and calligrapher to the Crown Office of the United Kingdom of Great Britain and Northern Ireland, led the team of 23 scribes, artists and assistants in a project that took 15 years to complete and cost an estimated $8 million. We heard him speak at the MIA in 2011 and he was drop-dead fascinating. A copy of the Heritage Edition (a fine-art, true-to-scale reproduction) is on display at Concordia’s Library Technology Center through February. Jackson will give his presentation at the Buetow Music Center Auditorium. 7-8:45 p.m. Free.