The Italian Film Festival comes at the right time of year, when we could all use a touch of Tuscan sun and a splash of la dolce vita. Opening Thursday at the St. Anthony Main Theatre, continuing through March 1, curated and presented by the Italian Cultural Center of Minneapolis/St. Paul, the 7th edition includes 10 diverse films — comedies, documentaries, an animated masterpiece, a science fiction short, and a major must-see for any film fan, “L’amore in città” (Love in the City), a historic 1953 compilation of short films directed by Michelangelo Antonioni, Federico Fellini and other prominent Italian directors.

The festival begins with an opening night party in the Aster Café’s River Room, hosted by WCCO co-anchor Frank Vascellero with live music by guitarist Robert Everest and his Quartetto Rosso. The night’s film is the hit cult comedy “Smetto Quando Voglio” (I Can Quit Whenever I Want), in which unemployed academic geniuses desperate for cash do the only thing they can think of: make and sell a designer drug. (Better call Saul.) The film won Best Comedy at the Italian Golden Globes.

Friday’s “L’Arte della Felicità” (The Art of Happiness) is a feature-length animated film – rare for Italy – from the new Neapolitan studio Mad Entertainment. This is animation for adults (no princesses, no dancing mice) that explores serious questions about life, death, and the complex relationship between two brothers, one a Buddhist monk and the other an angry taxi driver in Naples. It won Best Animated Film at the 27th Annual European Film Awards, among other honors. 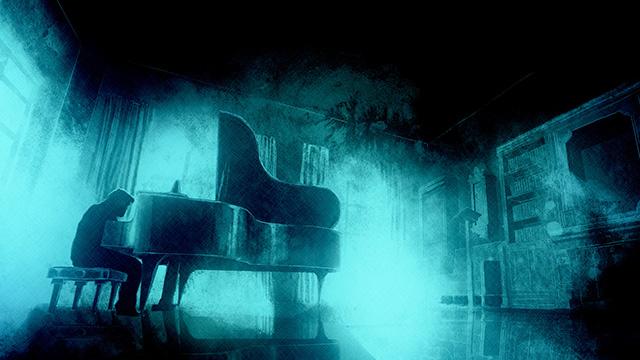 Also on Friday: African Italian director Fred Kuwornu’s “Inside Buffalo,” an award-winning documentary of the Buffalo Soldiers of the 92nd Infantry Division, the first African American combat unit to fight in World War II. A Q&A with Kuwornu will be moderated by Malina Alaine Lindquist, professor of history and African American studies at the U. Admission is free to this film, which screens at 9:15 p.m.

View the complete schedule and trailers and buy tickets here (the Cultural Center’s website) or here (the Film Society’s website).

Held each year at Augsburg College, sponsored by the Norwegian Nobel Institute, the Nobel Peace Prize Forum inspires peacemaking by focusing on the work of Nobel Peace Prize winners. Dozens of laureates have come to Minnesota for the event, including the Dalai Lama. Among the featured speakers for this year’s forum, “Inclusive and Sustainable Peacemaking and Peacebuilding,” held Friday-Sunday, March 6-8, are former U.S. president and Nobel Laureate Jimmy Carter; Ahmet Üzümcü, director-general of the Organization for the Prohibition of Chemical Weapons (OPCW), winner of the 2013 Nobel Peace Prize; former prime minister of Norway Gro Harlem Brundtland; and Sanam Anderlini, co-founder of the International Civil Society Action Network. Tickets to Friday (with Carter and Brundtland) are sold out, but Saturday and Sunday are still available. FMI and tickets ($75).

The American Swedish Institute is hosting a brainy show called “Nobel Creations: Inspired by the Nobel Prize.” A collaboration between Sweden’s Nobel Museum and two Stockholm colleges, Beckmans College of Design and the Royal College of Music, it celebrates the 2013 laureates – and their creativity – through fashion, original music and floral creations. Not just the peace prize, but all the others, too: physics, chemistry, physiology or medicine, literature and economic sciences. Elaborate dresses have been designed and made, music composed and performed, and flowers arranged in response to the Higgs particle, vesicle traffic in our cells, the OPCW and Alice Munro, writer of short stories. If you go, take your time to really look and listen. Imagine what you might have done.

Related events include a screening tonight (Wednesday, Feb. 25) of “Particle Fever,” a documentary about physics (FMI and registration; $7/$10); “A Night of Social Wonder: Designing for a Better Tomorrow” (Wednesday, March 18) with Olov Amelin, director of the Nobel Museum (FMI and registration; $10/$12); and a talk about Alfred Nobel (Wednesday, May 20), who made his fortune in dynamite, by historian Glenn Kranking (FMI; included with museum admission). Don’t miss the dining room in the Turnblad Mansion, where the table is set with the ASI’s own Nobel dinner service. FMI.

Wednesday at the Amsterdam in St. Paul: Twin Cities Moth StorySLAM: “Love Hurts.” Do you have a bitter love story to share? Want to hear other people’s tales of woe? If you’d like to be a participant, prepare a five-minute story, come to the slam, drop your name in the hat and hope it’s drawn. Or just listen. Doors at 6:30 p.m., stories start at 7:30. Here’s how to participate. Tickets here ($8).

Thursday at The Museum of Russian Art in Minneapolis: “Unknown Fabergé: New Finds and Rediscoveries,” a lecture by Marilyn Swezey. The next time you visit a flea market, keep an eye out for egg-shaped things. It seems a scrap metal dealer in the Midwest paid $14,000 for a golden egg ornament with plans to melt it down. It turned out to be a $33 million Imperial Fabergé Easter Egg made for the Russian royal family. Swezey is an art historian who specializes in Russian decorative arts and knows a lot about Fabergé. Doors at 6 p.m., lecture at 6:30. FMI and registration ($10/$15).

Thursday at the St. Paul JCC: “The Inside Dish: Get Juicy with Allen Salkin and Andrew Zimmern.” In his new book, “From Scratch: The Uncensored History of the Food Network,” New York Times journalist Salkin tells the 20-year history of the network that changed how we eat and think about food. Zimmern, our nationally famous local foodie, will take us inside the local scene. If you can’t get reservations at Spoon and Stable, come to this instead. Presented by the Twin Cities Jewish Book Series. 7:30 p.m. FMI and registration ($25). Be sure to bring a photo ID. 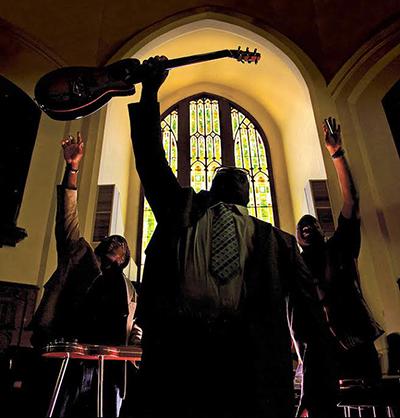 Thursday at the Walker in Minneapolis: The Campbell Brothers: John Coltrane’s A Love Supreme. February 2015 is the 50th anniversary of John Coltrane’s hugely influential, deeply spiritual recording “A Love Supreme.” The Campbell Brothers – Chuck on pedal steel guitar, Darik on lap steel guitar, Phil on electric guitar – infuse this jazz classic with African American gospel and vocals in a sound (to borrow from NPR) “as hot as brimstone that kicks holy butt.” Here’s a live concert recording, which is pretty decent but light years away from being in the room. 8 p.m. ($22/$25). The concert opens with gospel and spiritual work from their repertoire. Limited availability; call the box office at 612-375-7600.

Saturday at the Ted Mann in Minneapolis: University of Minnesota 2015 Jazz Festival Concert. With the U of M Jazz Ensembles, the Minnesota Youth Jazz Ensemble, and guest Pat Mallinger, the fine saxophonist many of us remember from his dates at the Artists’ Quarter. 7 p.m. FMI. Free and open to the public.

Tickets – not many, but some – are still available to the Saint Paul Chamber Orchestra’s first public concerts in the new Ordway Concert Hall on Thursday and Friday, March 5 and 6. The $42 million hall was designed and built for the SPCO. Come hear the musicians play (and lead) music by Prokofiev (Symphony No. 1, “Classical”), Beethoven (Symphony No. 3, “Eroica”), and George Tsontakis (“Coraggio” for string orchestra), with free champagne and live jazz after each concert. Thursday at 7:30 p.m., Friday at 8. FMI and tickets ($14-$52). Note that the 1st Tier Loft seats are actually behind the orchestra.

A feast of Italian films opens; hear Coltrane’s ‘A Love Supreme’ at the Walker